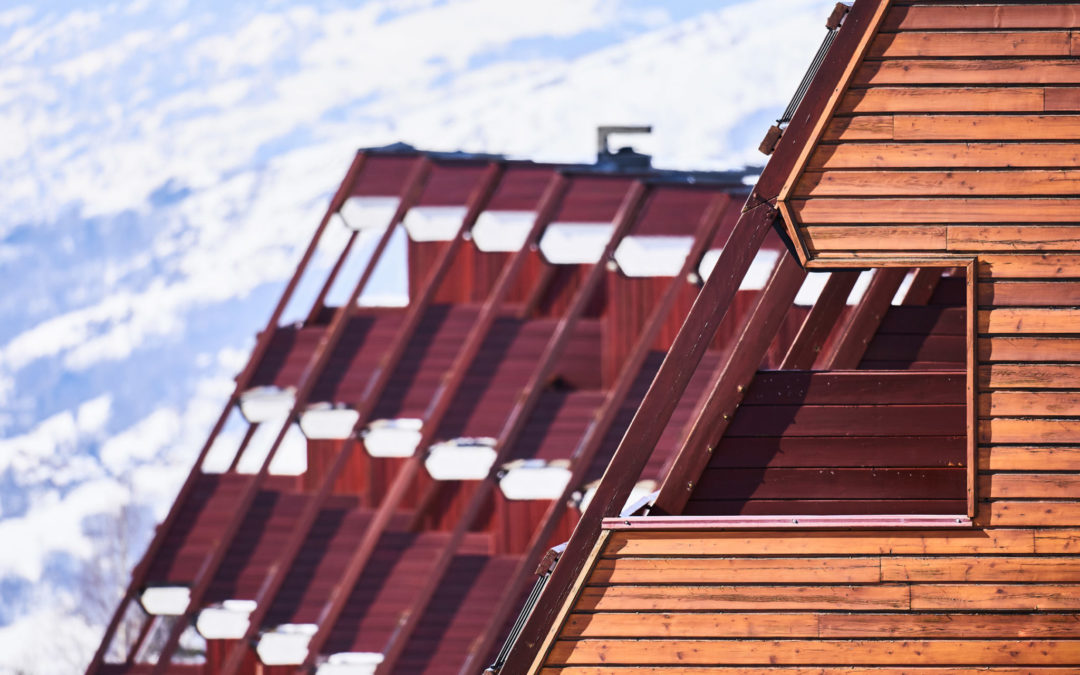 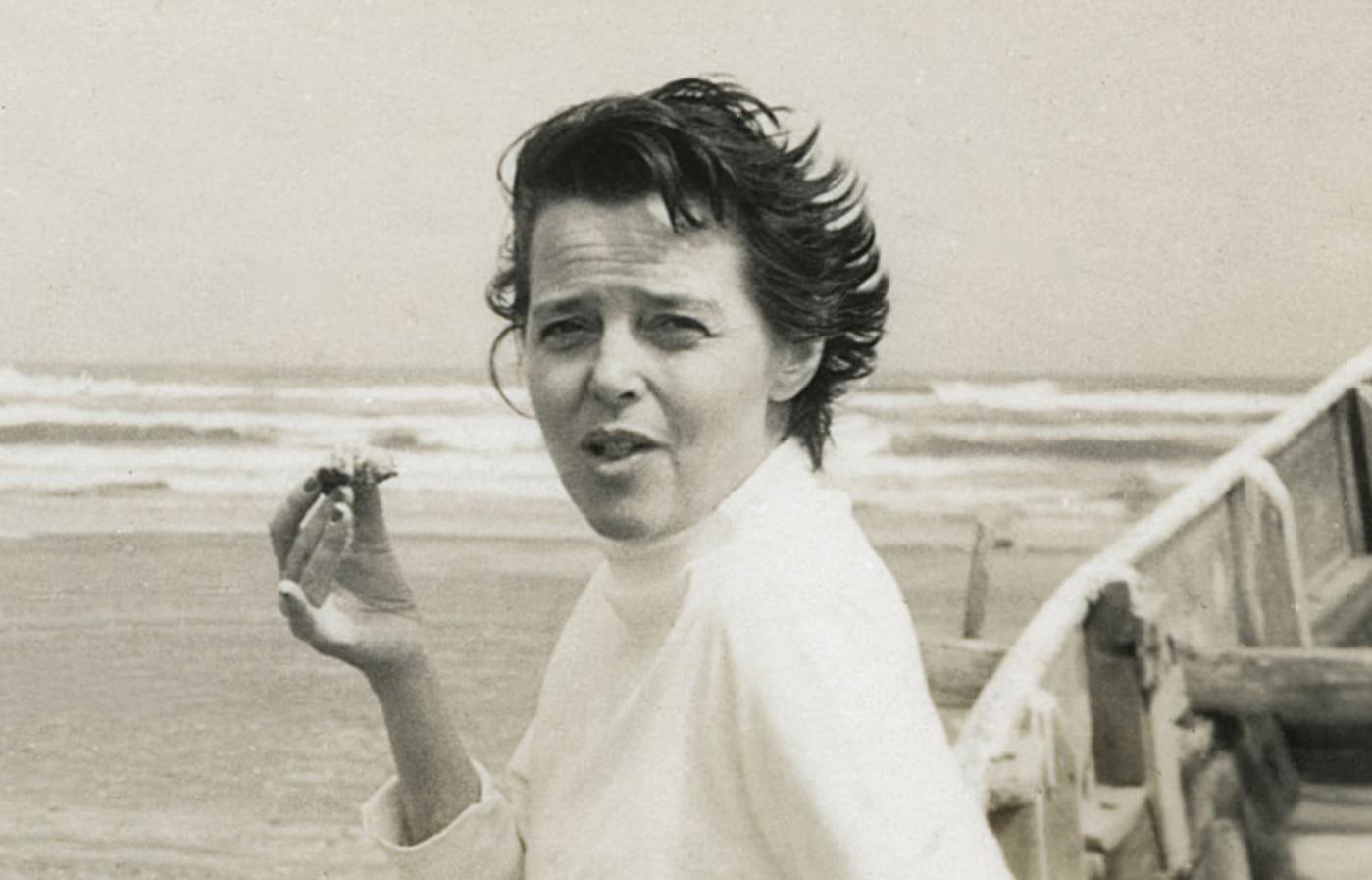 It was 1967 when a group of architects, designers, carpenters, and alpine guides met in Savoy with the mission to construct the first mainstream ski resort. No longer an exclusive activity for the wealthy, skiing was soon to become the winter equivalent of a vacation by the sea, and structures would be needed to welcome entire middle-class families in search of both relaxation and adrenaline pumping fun.

To coordinate the undertaking was Charlotte Perriand, at the height of her career following the completion of several high-altitude residences on a smaller scale, like the chalet in Méribel. A passionate skier herself, Charlotte naturally understood the needs of guests and was able to impeccably interpret new social advancements. Others on the team included Gaston Regairaz, Guy Rey-Millet, Robert Rebutato, Bernard Taillefer, Alain Taves, and Pierre Faucheux. 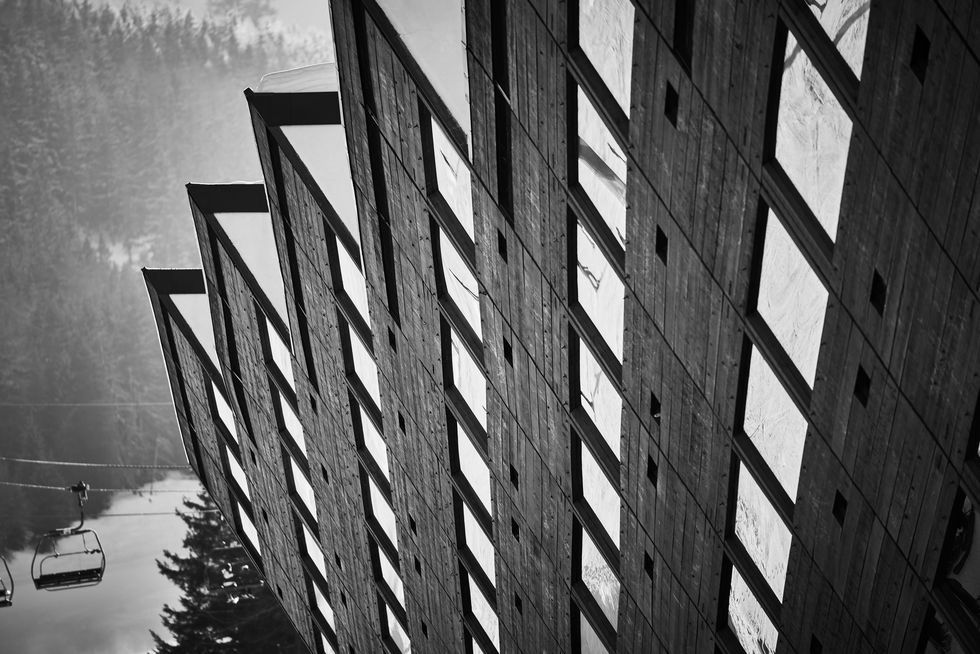 The goal for both Charlotte and developer Roger Godino, was to equip the region with the largest resort possible while preserving the local landscapes as the main attraction. No five-star suites to contemplate the snowy peaks while sipping on cocktails, but rather a mainstream, large-scale lodge to welcome a community and launching point for more adventurous activities. It was this very philosophy, in fact, that allowed Les Arcs to evolve over the years, following Charlotte’s lead for 20 years and up to 2000 meters, counting 28,000 units today. 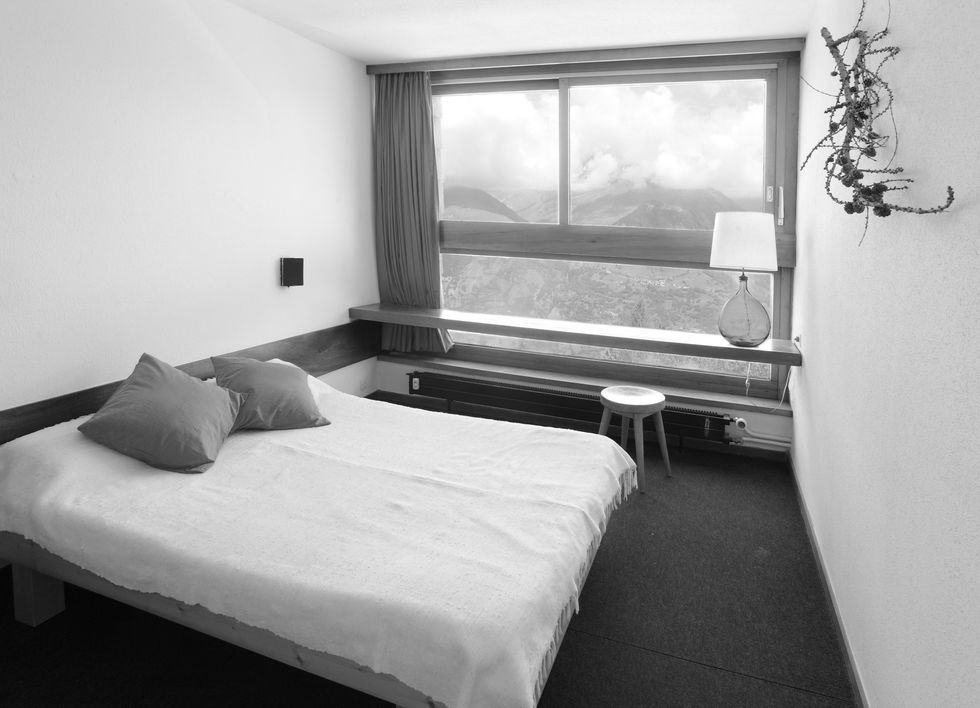 By 1969, the first two outposts were completed and ready to accept guests. Among them was La Cascade, perhaps the complex’s most recognized building to date. Featuring 140 rooms across 4 floors, the structure was completely site-specific. In order to allow each room the same natural light while keeping terraces the same size, each floor was cantilevered 1.4 meters southwest.

Between 1969 and 1976 another three buildings were finished, including Le Versant Sud (pictured below), designed by Regairaz and Rey-Mille to accommodate 232 rooms. Meanwhile, Belles-Challes and Lauzières (video below) raised the resort to 17 floors, which has remained the largest structure of Les Arcs. Kitchens and bathrooms for the complex were prefabricated under Perriand, making them easy to mount via crane on such steep hills. Colors here are bright and vibrant, while the remaining environments have been articulated with a standard chalet palette: pine wood for furnishings and leather for select finishes. Minimalism of the spaces pushes guests to look beyond, admiring the surrounding mountains with each room featuring views onto the Alps. Contrary to standard practice at the time, the kitchen was left open with a bar top counter giving onto the living area. In this way, the kitchen wasn’t trapped behind closed doors, but instead became the center of the home — a solution so before its time, that some of the first guests were upset by the new layout.

The buildings follow the gradation of the mountain with large, flat roofs on which the snow accumulates, becoming invisible when seen from above to provide pristine views for excursionists. Preserved with care, the local environment was a clear priority for the creative team, who left the shepherd’s alpine huts intact with stone rooftops.