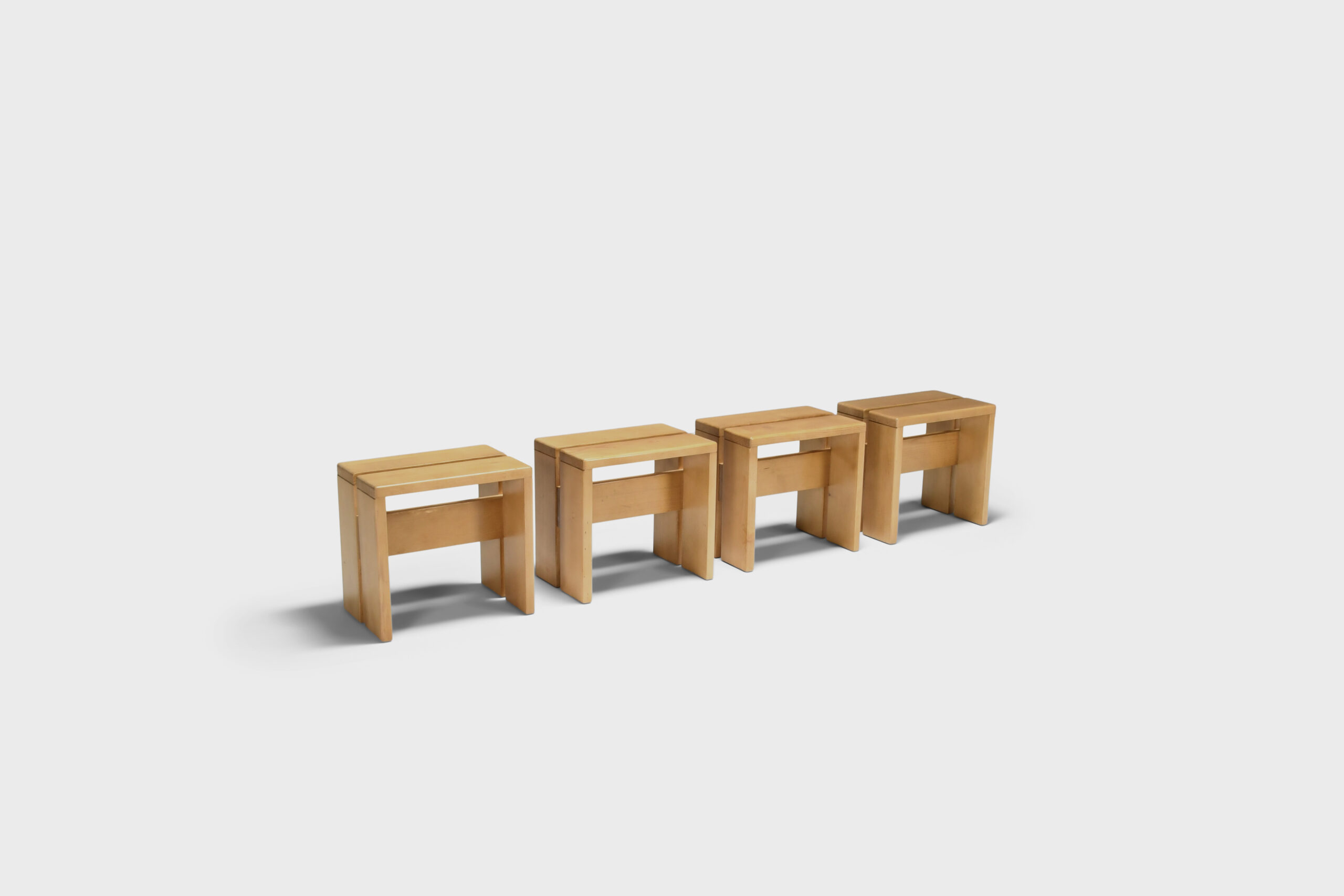 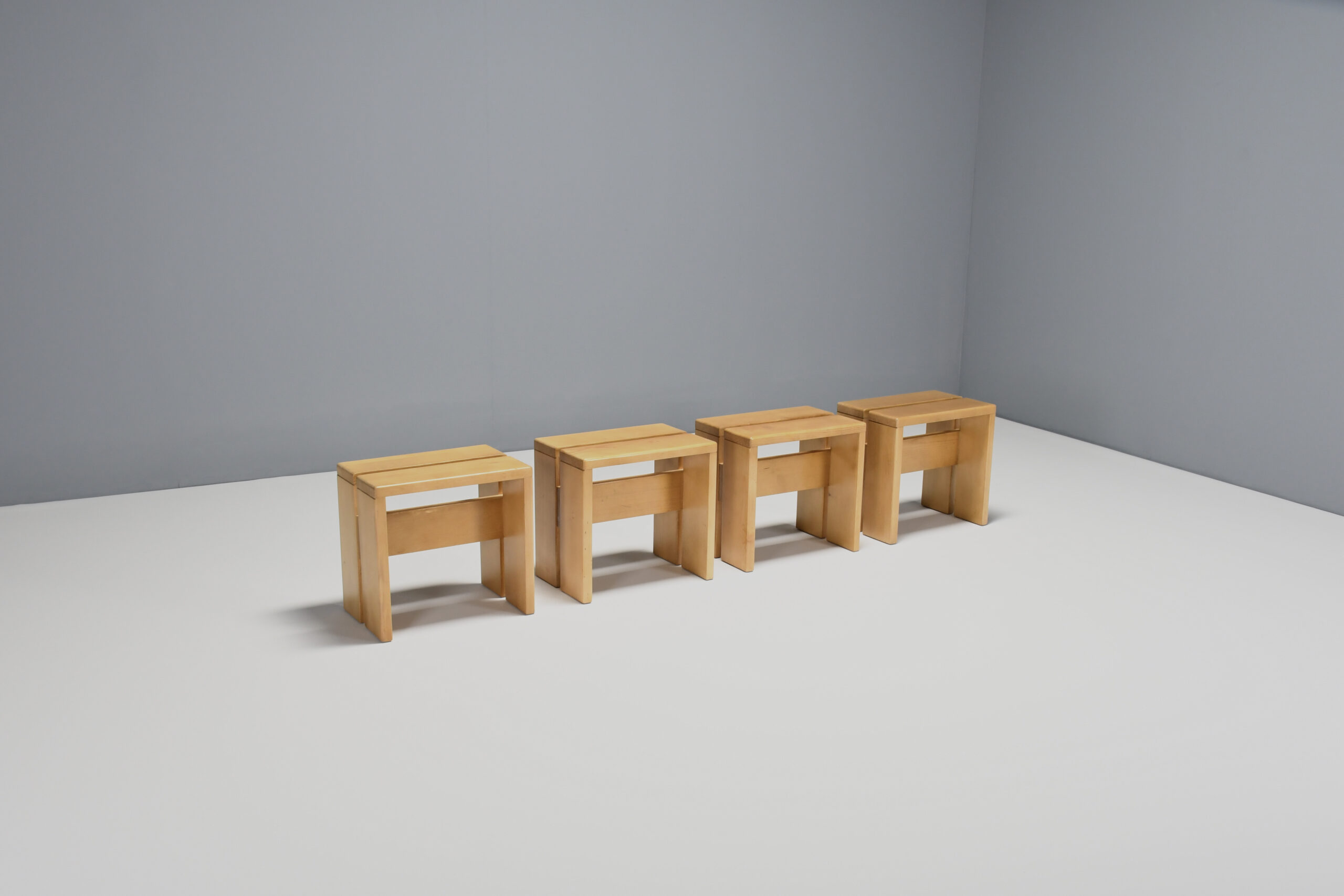 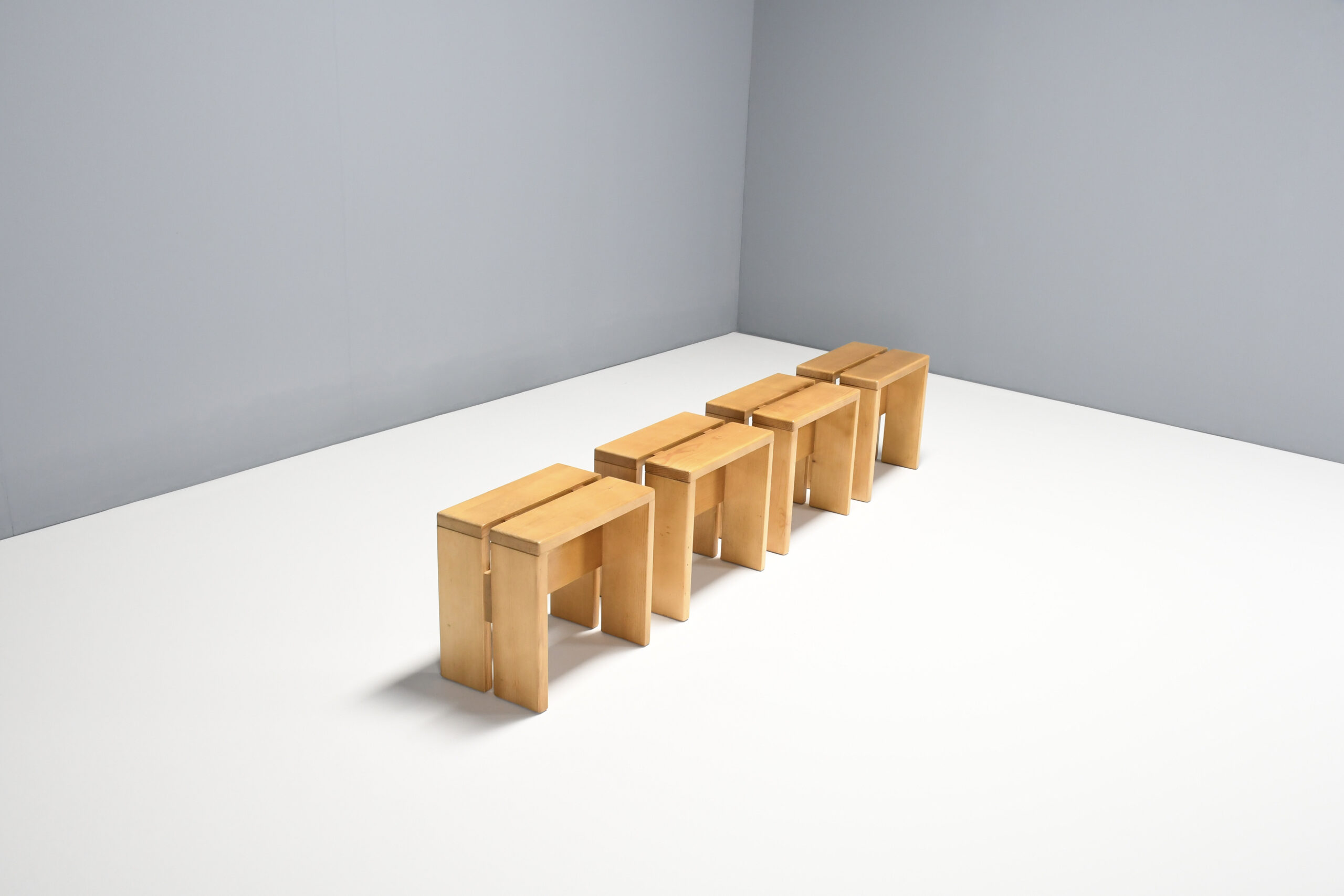 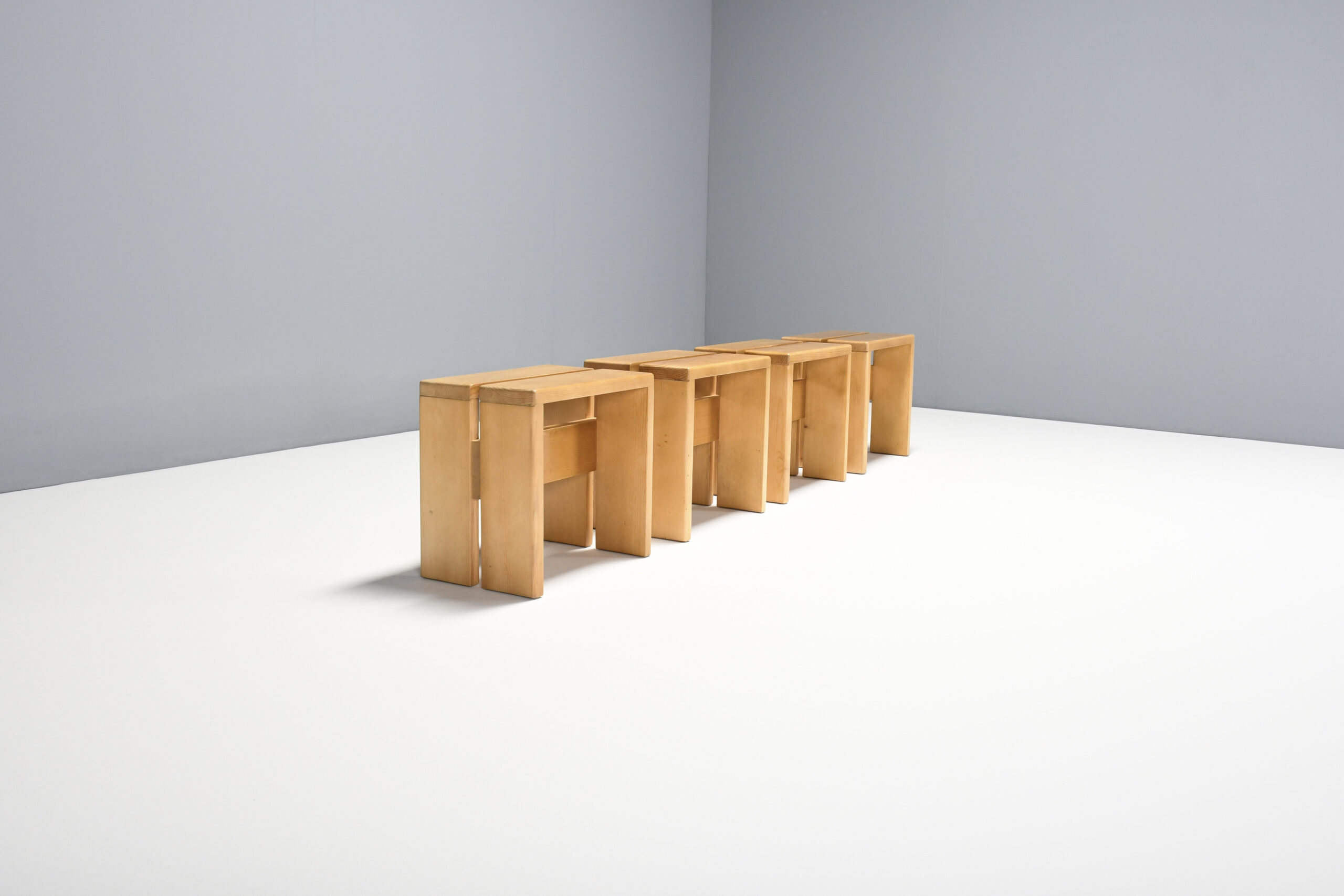 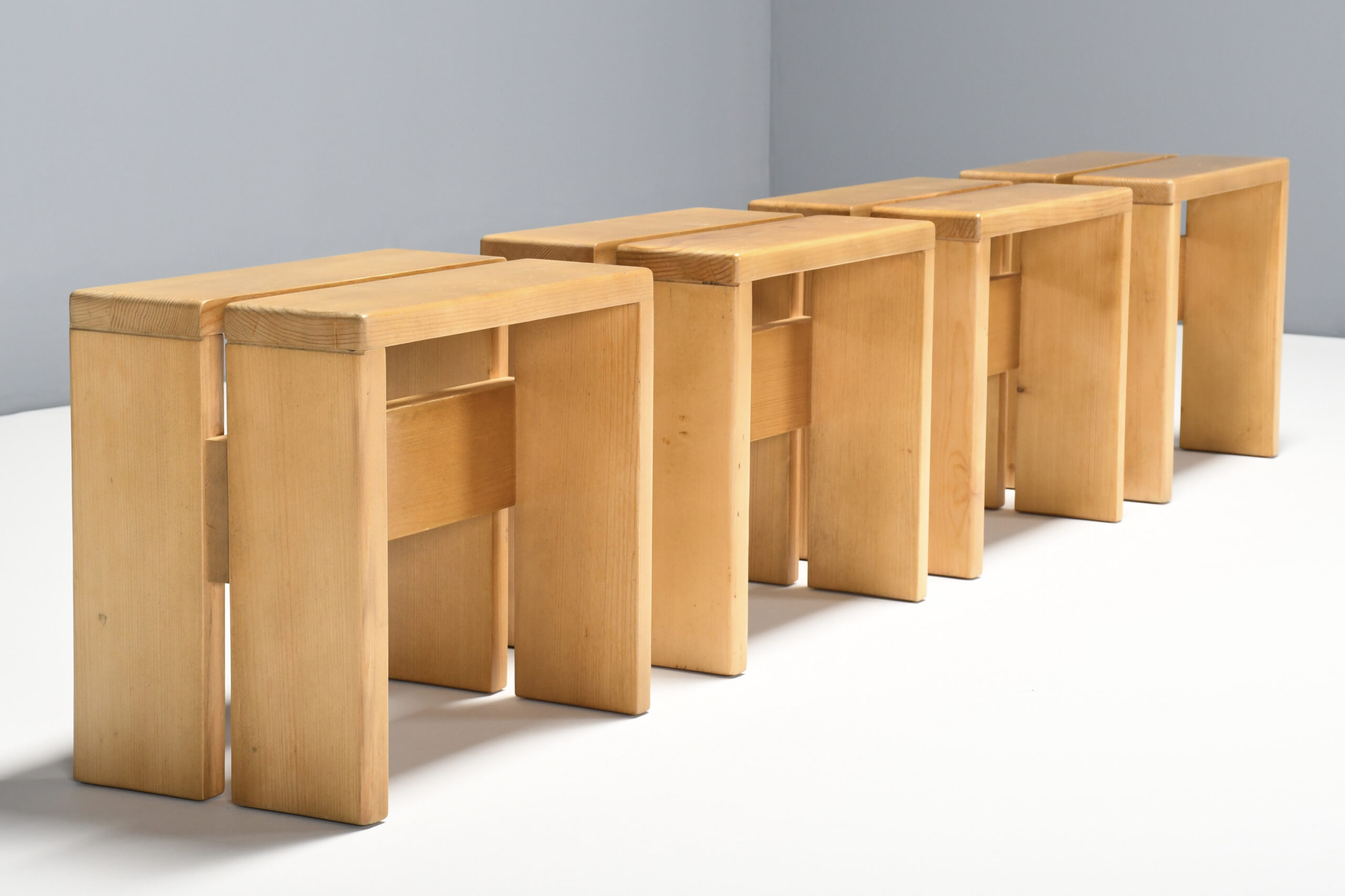 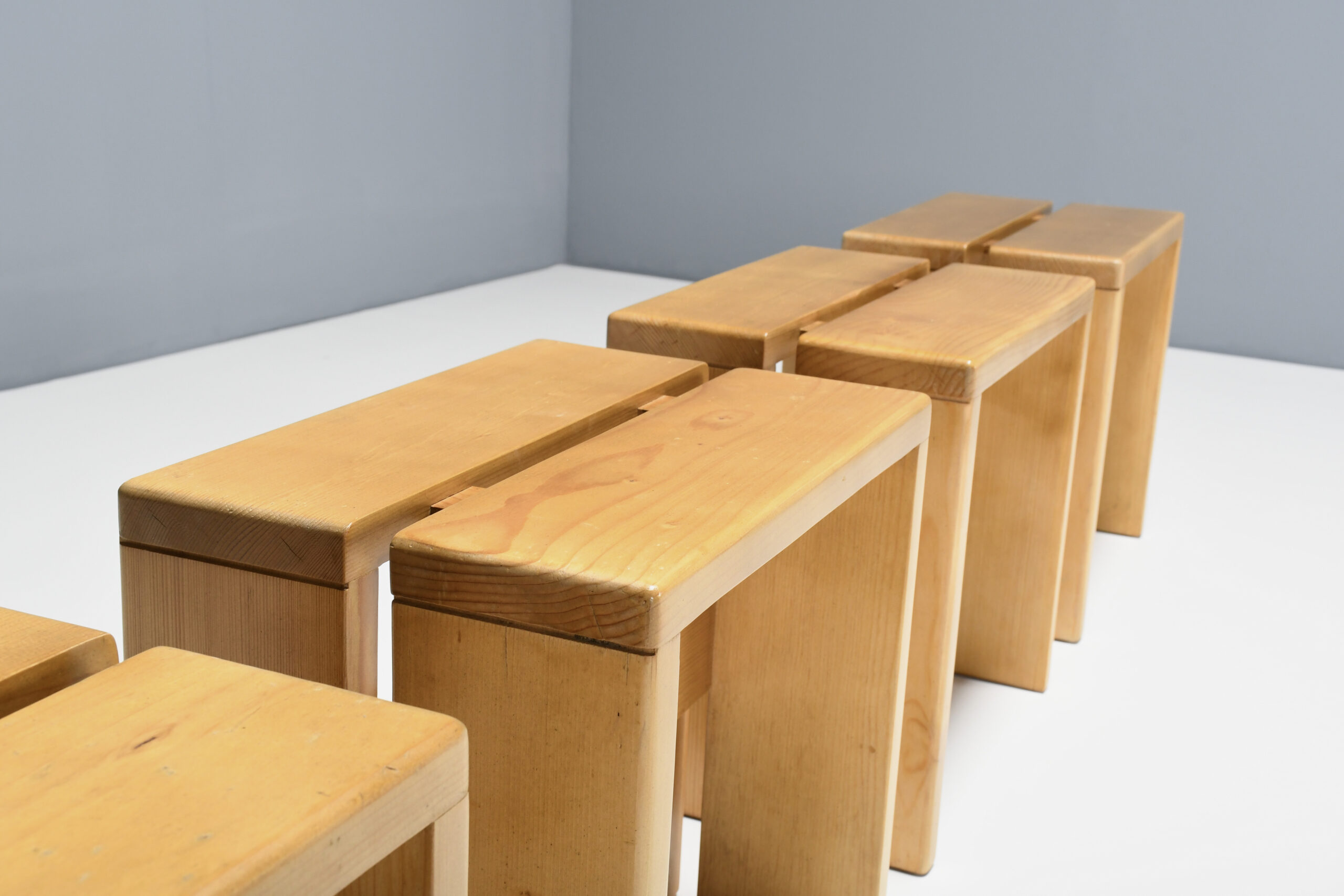 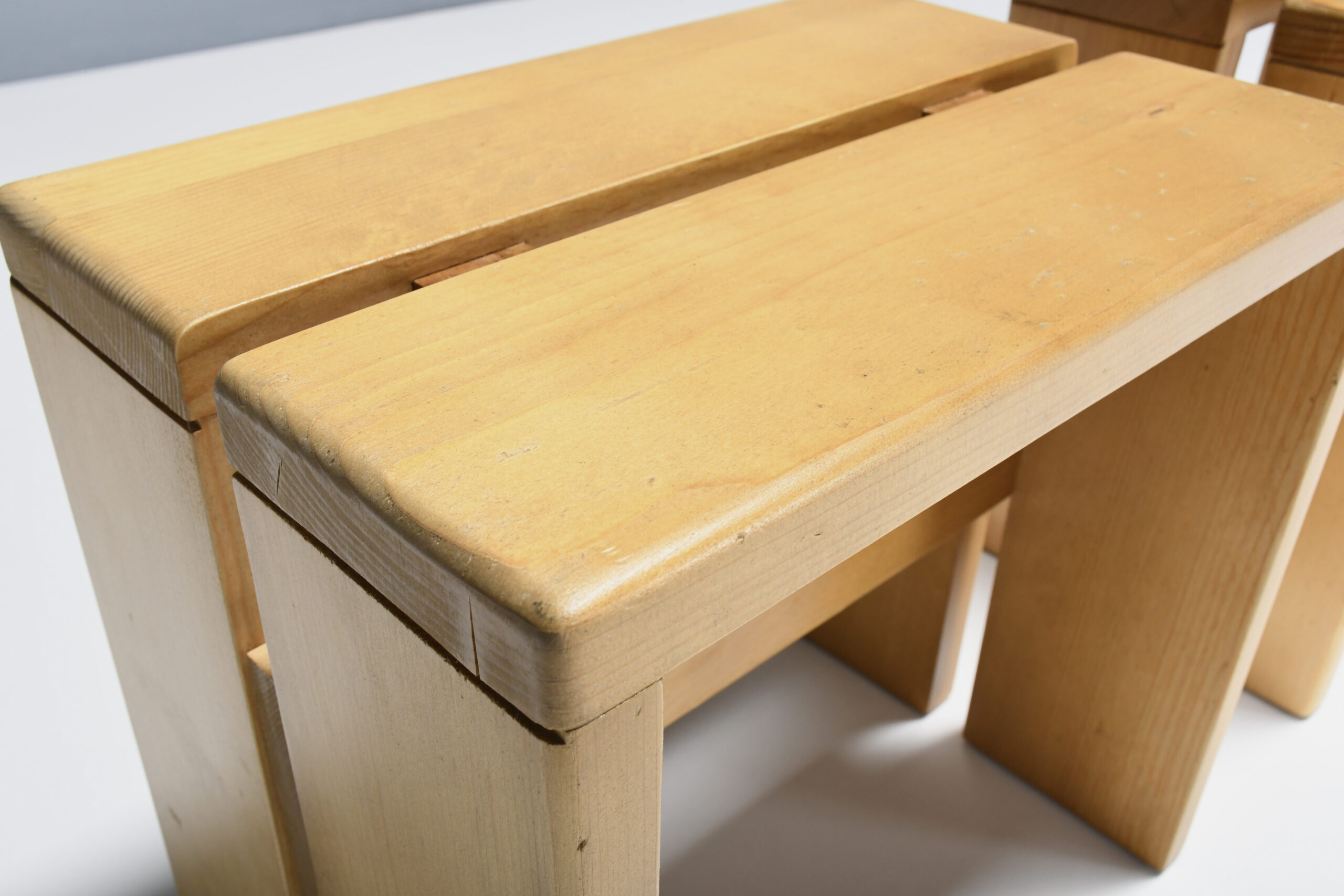 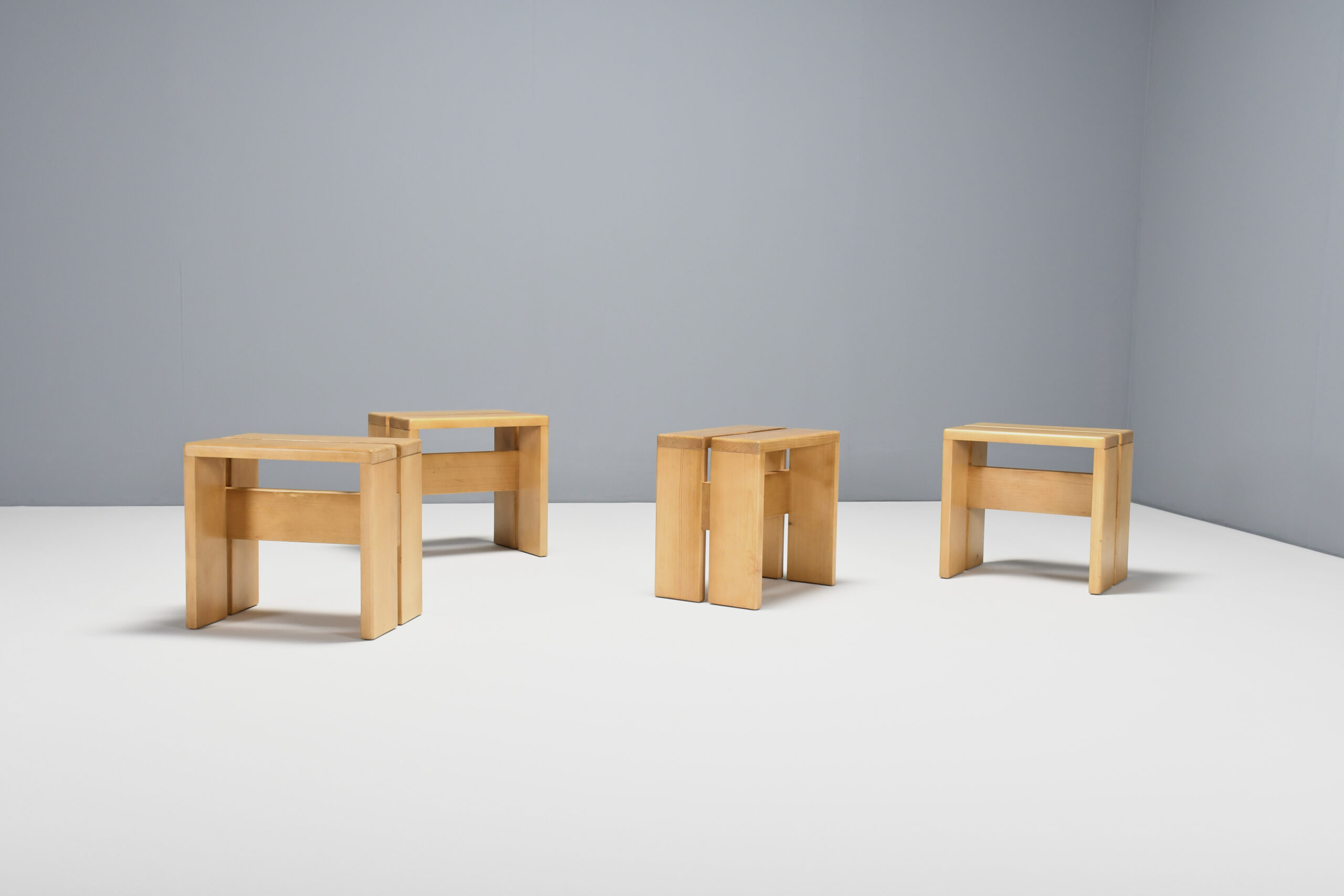 Set of four original Les Arcs stools in very good condition.
The stools were designed by Charlotte Perriand for the Les Arcs ski resort in France.

The stools were designed by Charlotte Perriand for the Les Arcs ski resort in France.

The stool are made of solid pine wood and have simple lines common with Perriand designs.

These particular stools have a beautiful patina and are in very good condition.

Charlotte Perriand was born on 24 October 1903 in Paris. She studied at the École de l'Union Centrale des Arts Décoratifs from 1920 to 1925. Two years later, she began working as an interior designer, based at her studio on Place Saint-Sulpice. Her research and interest in furniture design led her to collaborate with Le Corbusier and Pierre Jeanneret in the 1920s and 1930s. During this time she worked on major projects including the Villa Church, the Villa Savoye, the Cité du Réfuge for the French Salvation Army, and the Pavillon Suisse at the Cité Universitaire. A few years later, Perriand helped to found the Union Des Artistes Modernes (UAM), and in 1933 she embarked on a photographic research project on the theme of Art Brut, in collaboration with Fernand Léger and Pierre Jeanneret. She focused on objects found in nature, which she photographed in situ or in her studio in Montparnasse. In 1934 she began specializing in pre-fabricated buildings for leisure pursuits, including the Maison au Bord de l'Eau, as well as hotels and mountain shelters. In 1940 Perriand was appointed as the official advisor on industrial design to the Japanese government, and left for Tokyo, returning to France in 1946. All her work thereafter would display a Japanese influence. Major projects followed, notably for Air France (1957-1963) and the Musée National d’Art Moderne in Paris (1963-1965). Perriand’s work has been the subject of many exhibitions, highlighting her "synthesis of the arts" and her singular vision.