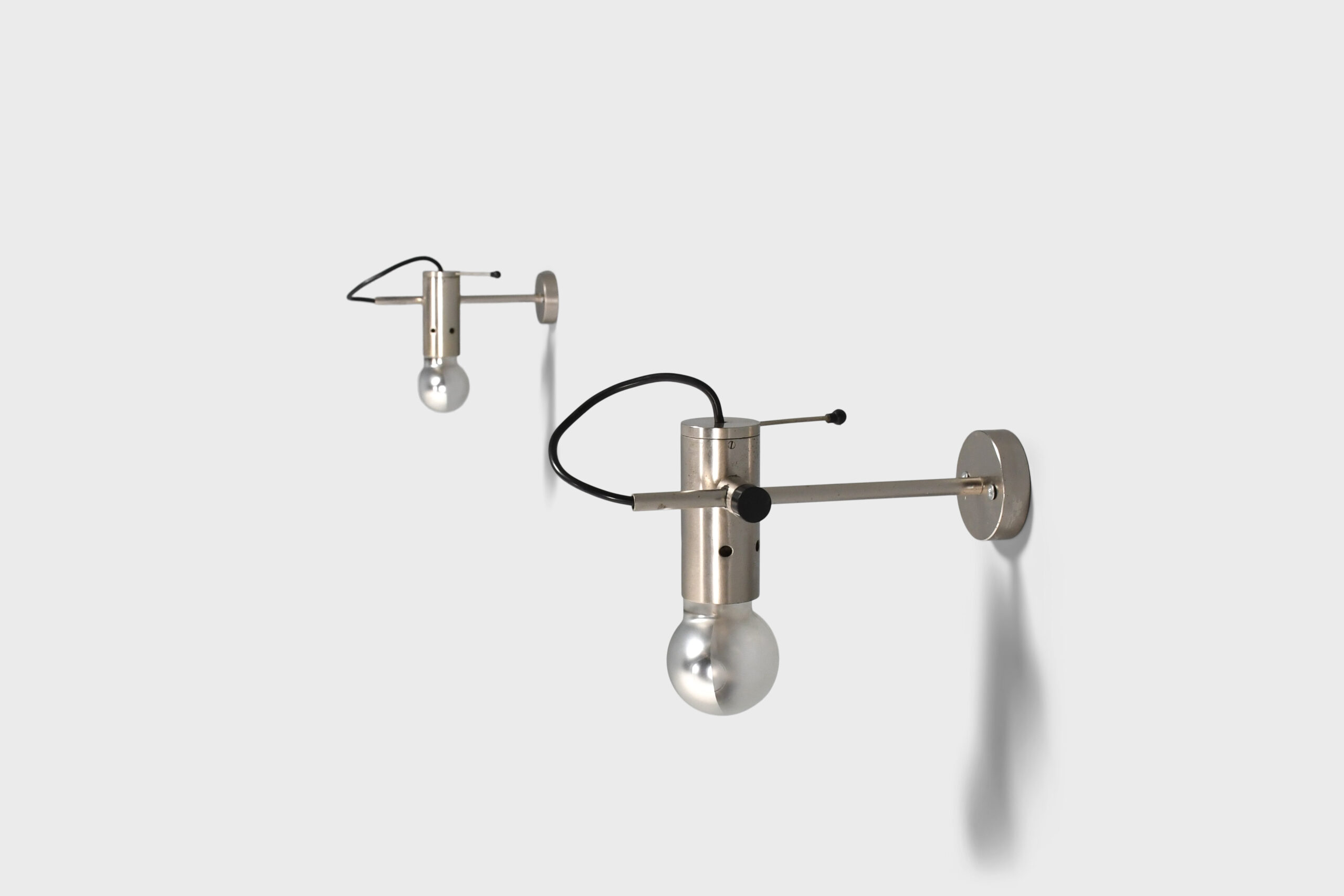 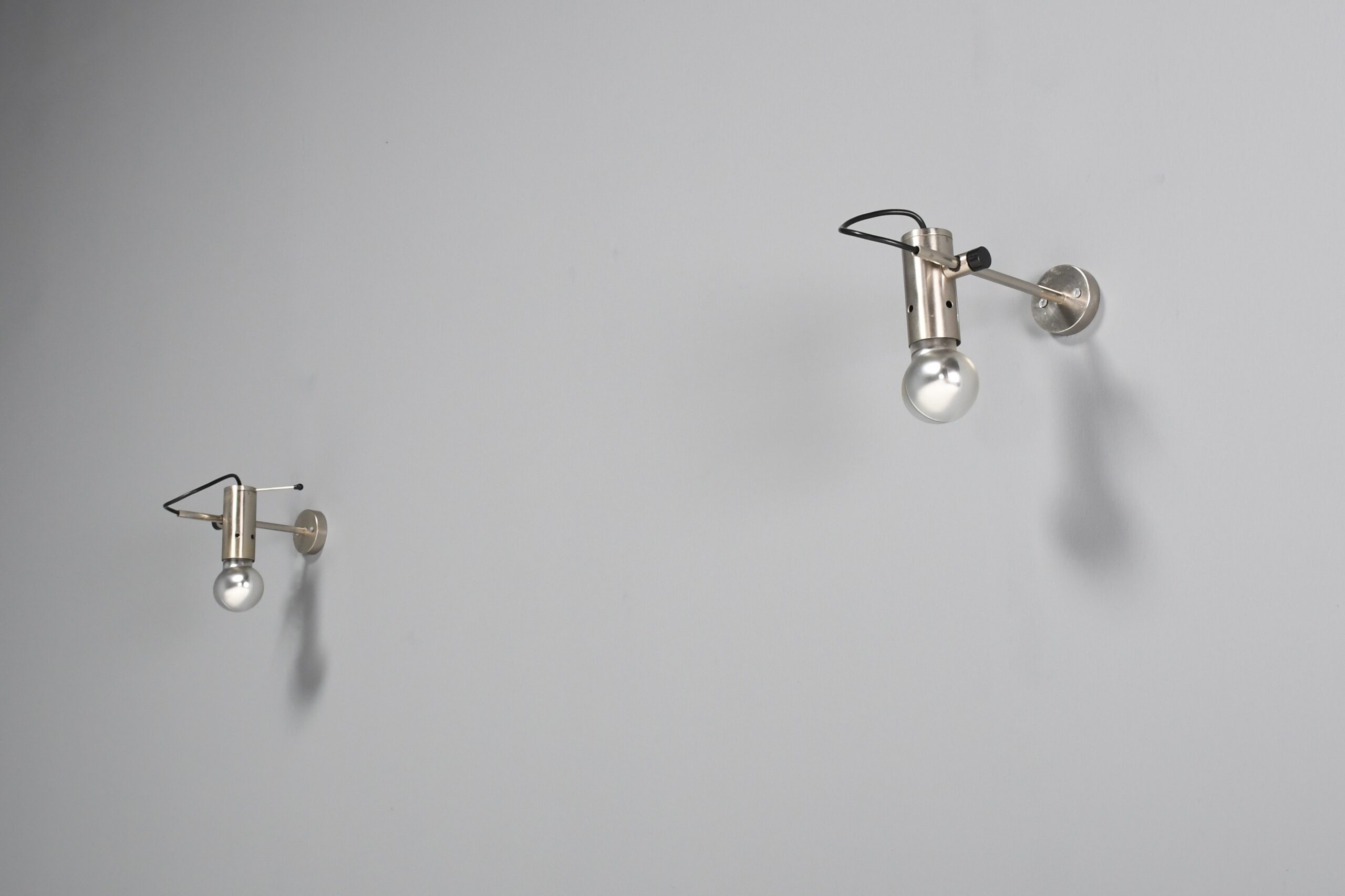 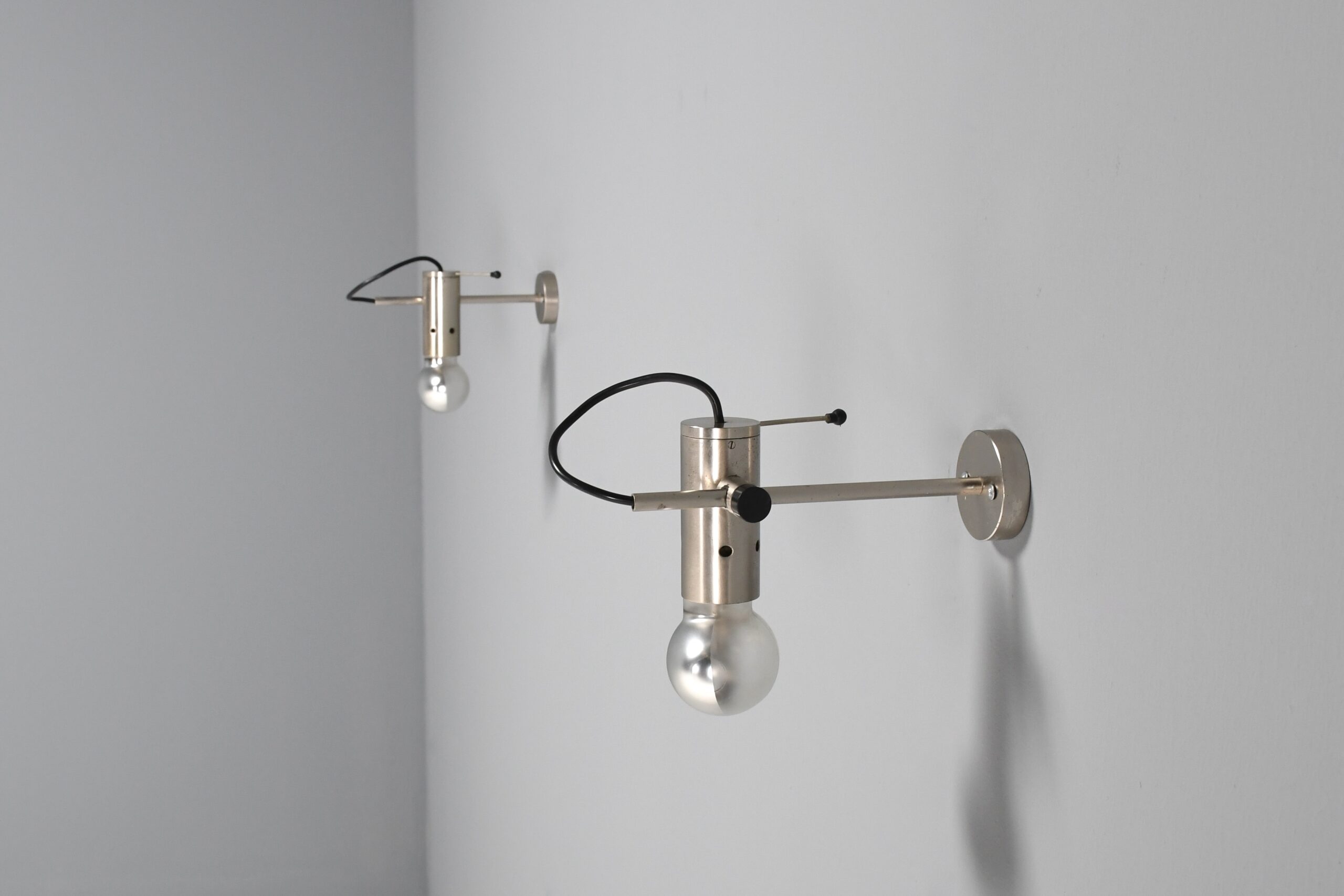 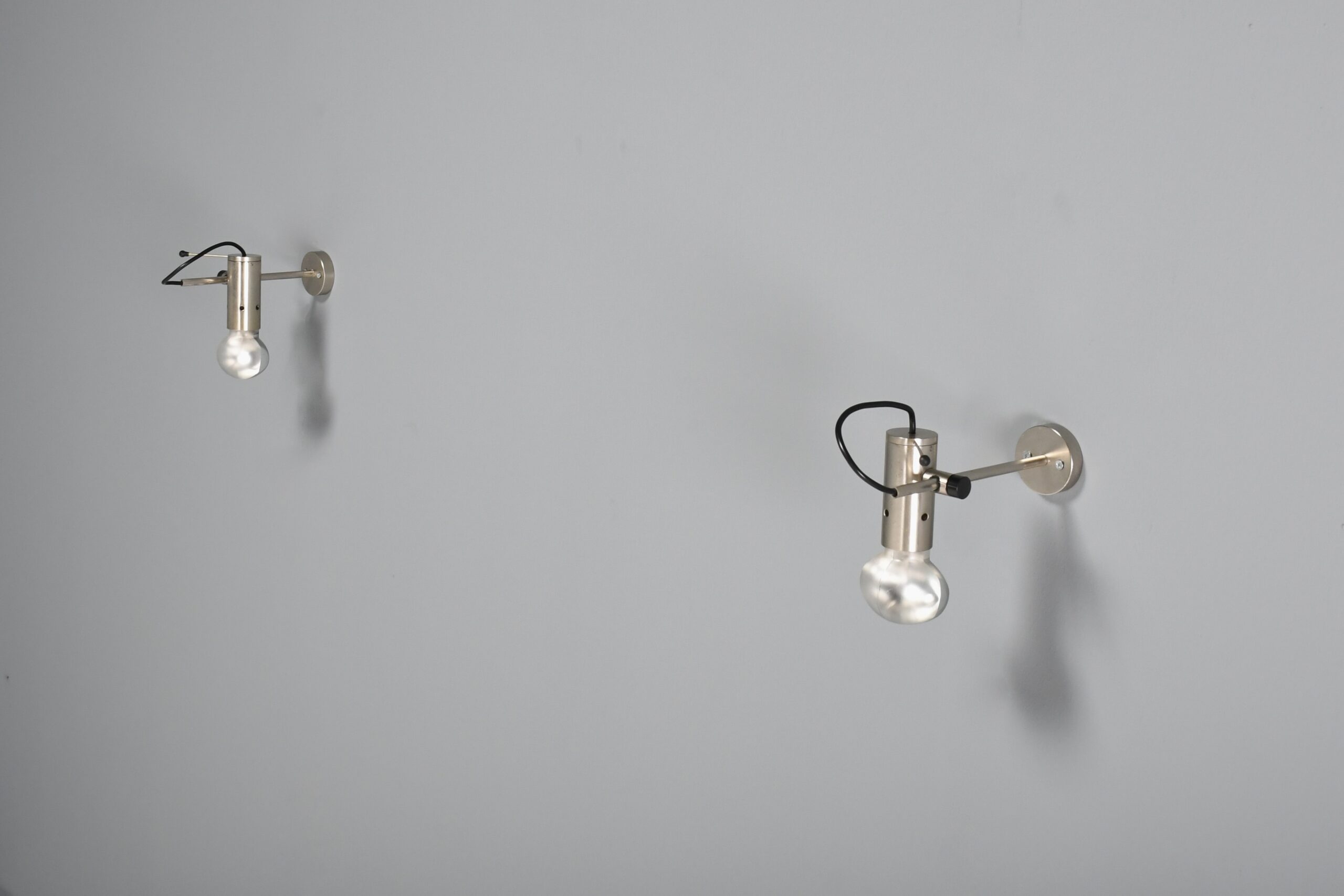 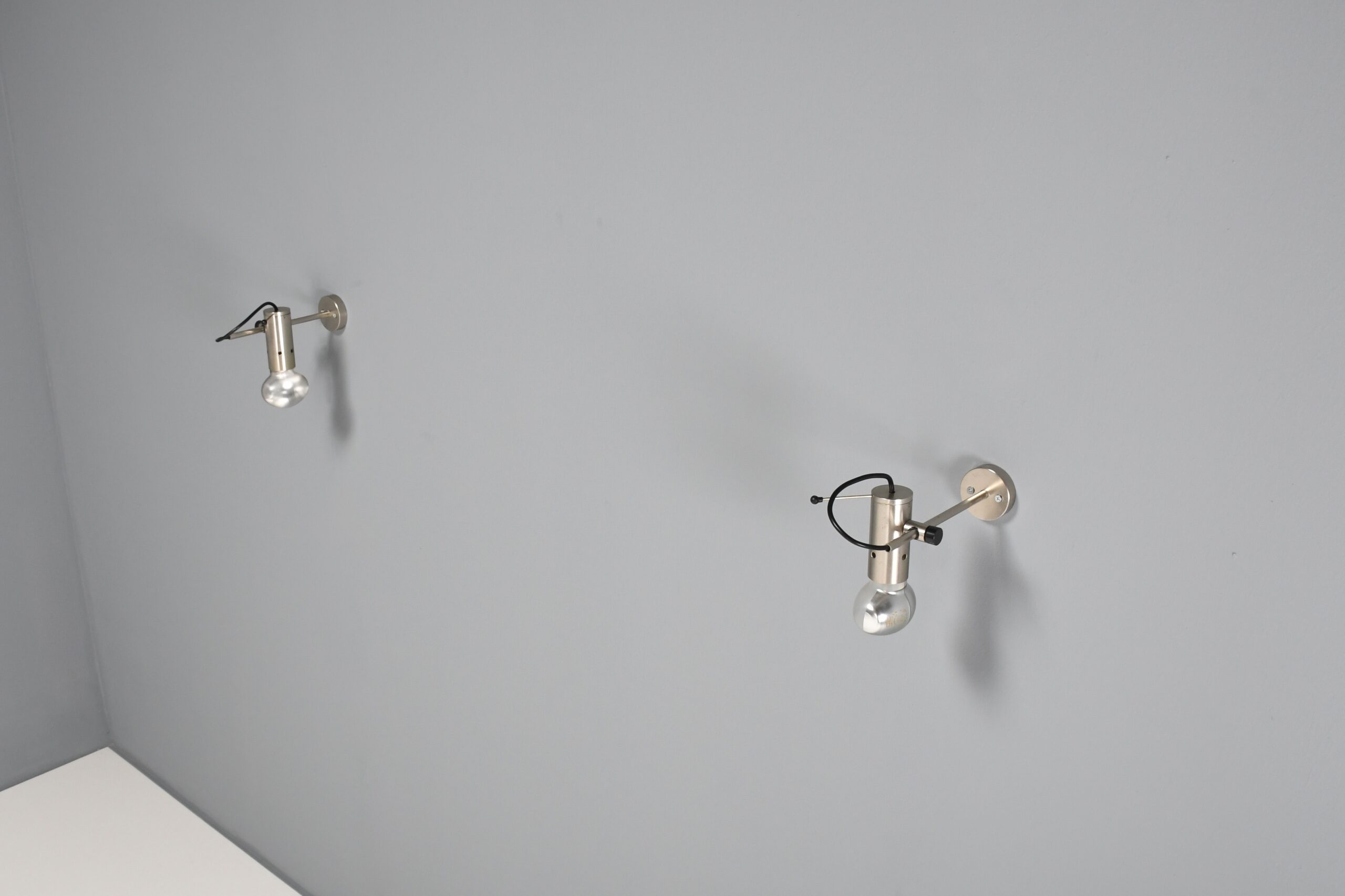 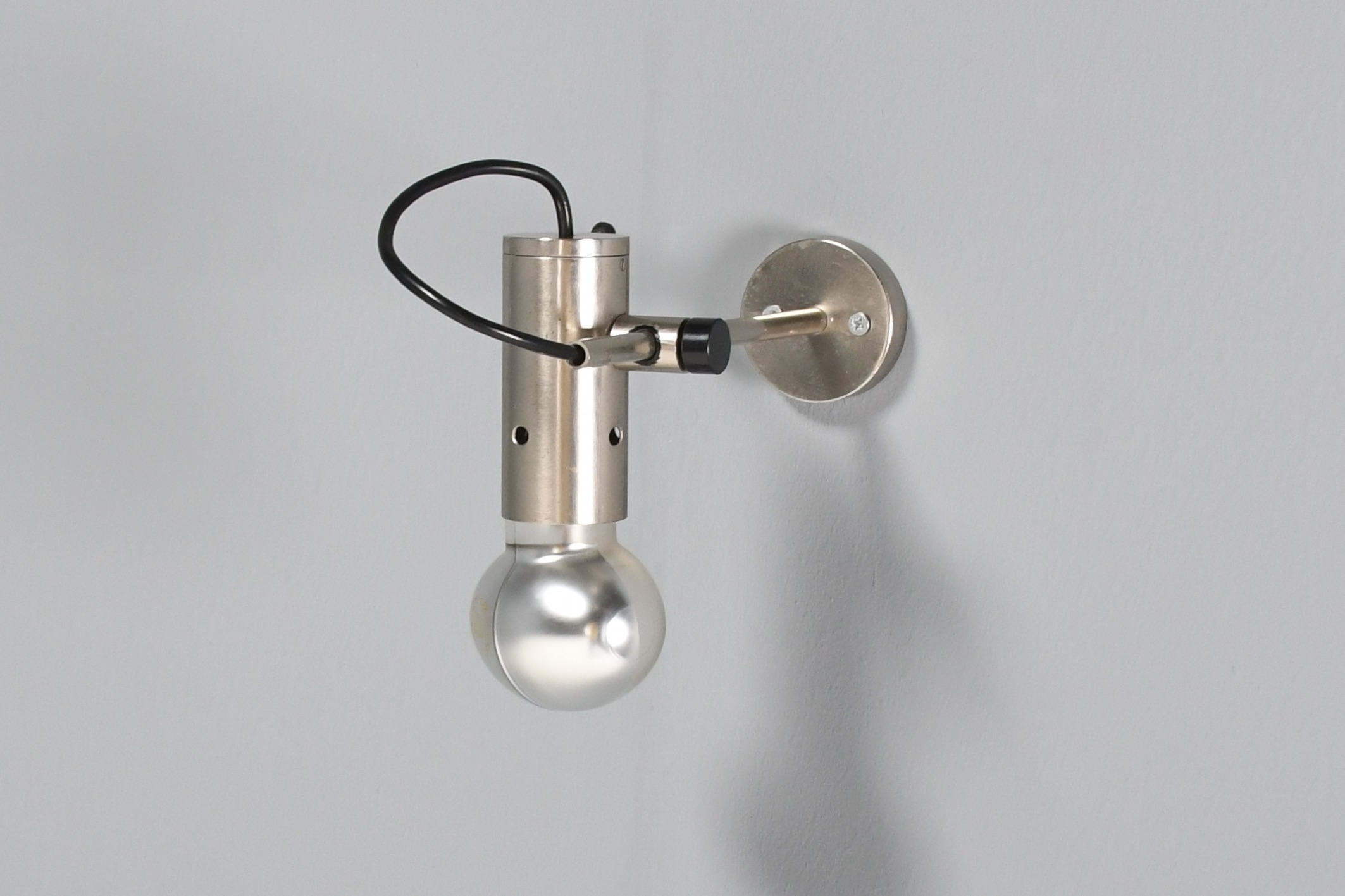 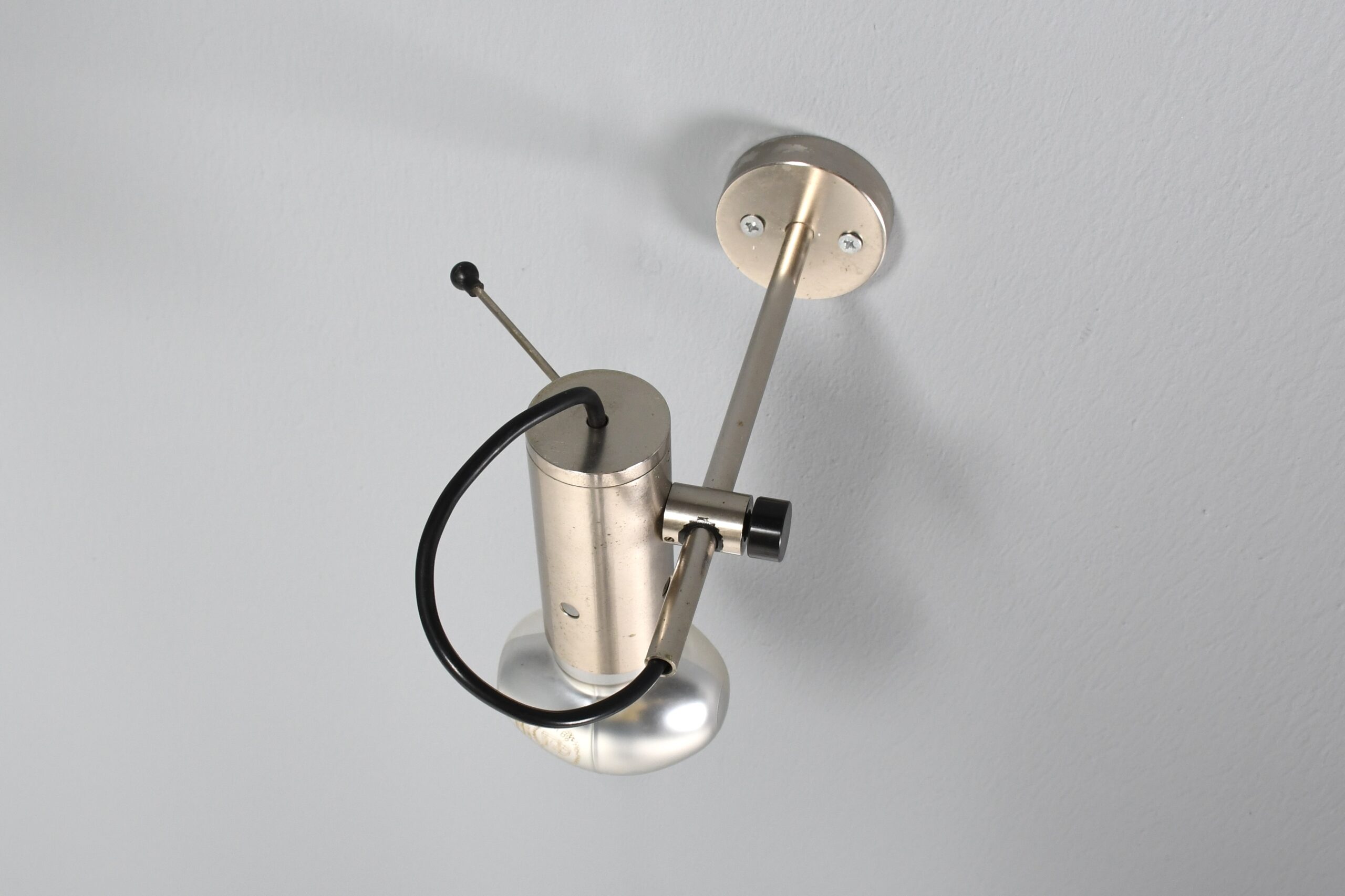 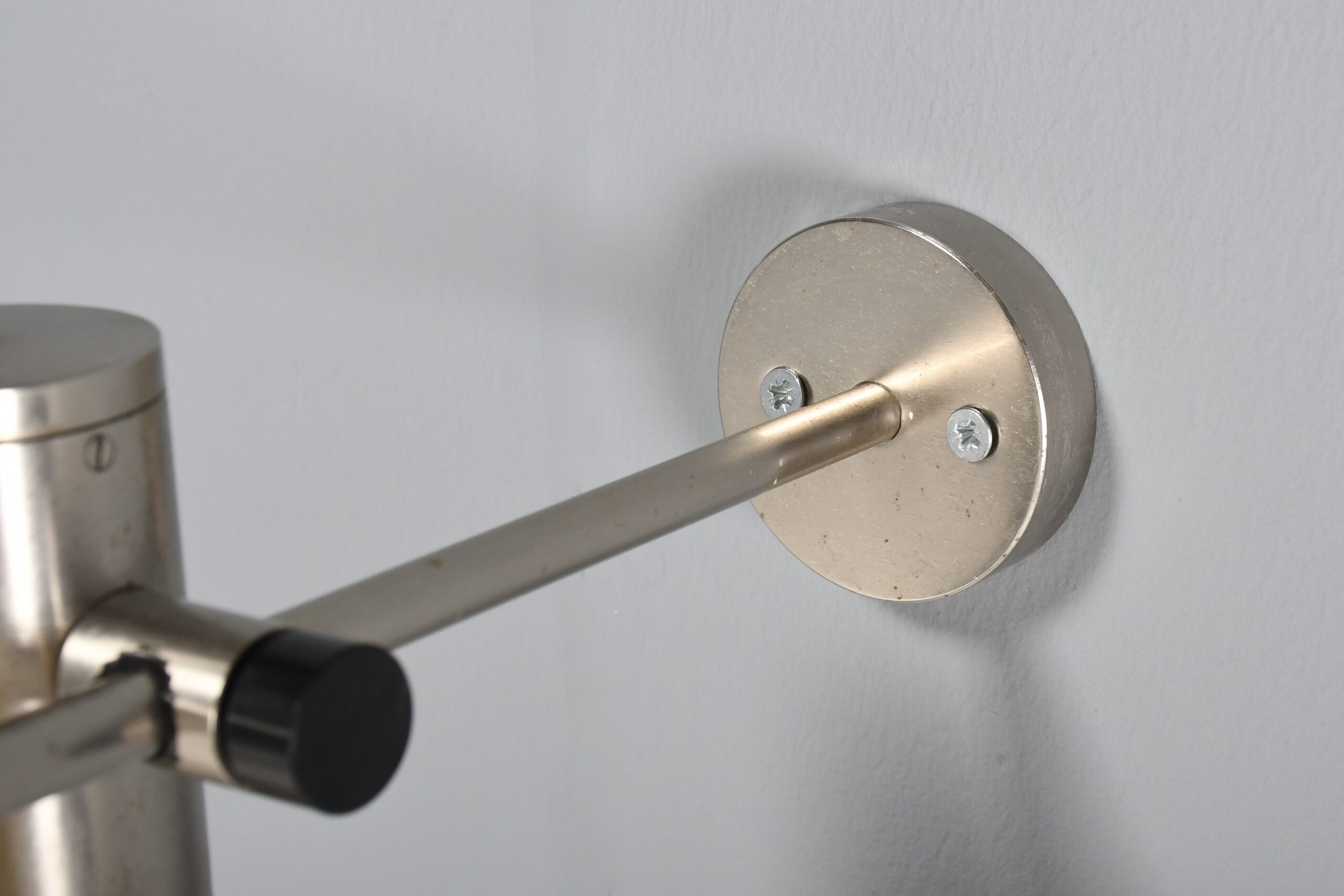 Set of ‘Mod. 251’ Sconces by Tito Agnoli for Oluce

Original set of ‘Mod. 251’ sconces in very good condition.
Designed by Tito Agnoli in the 1960s.
Produced by Oluce, Italy

Designed by Tito Agnoli in the 1960s.

The sconces are made from nickel plated brass with rubber details.

The lamp holder can be moved away and towards the wall by sliding it along the metal stem.

The direction of the light can be adjusted by moving the rod, it rotates the socket on the inside which moves the Cornalux bulb.

These sconces will come with new Cornalux bulbs.