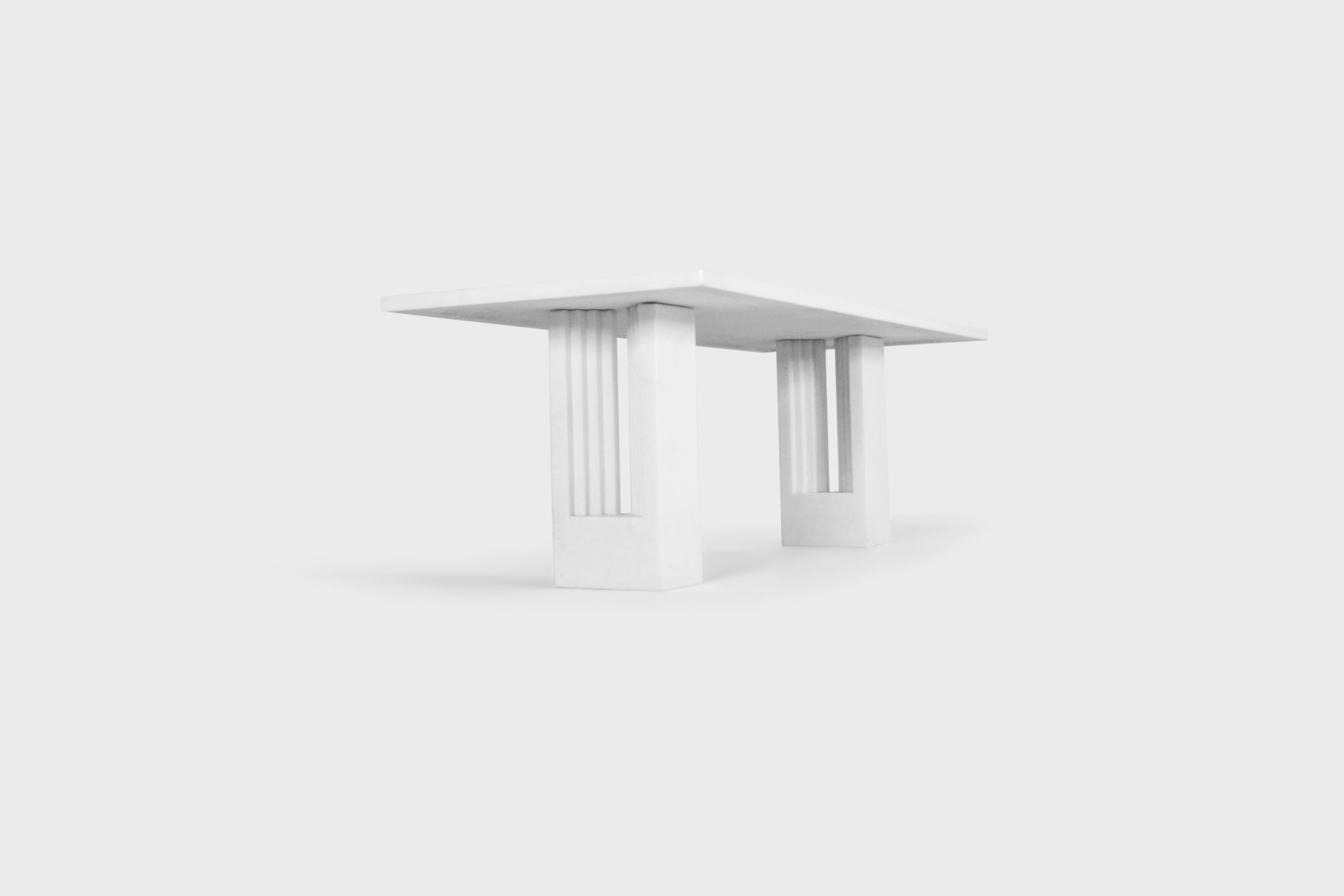 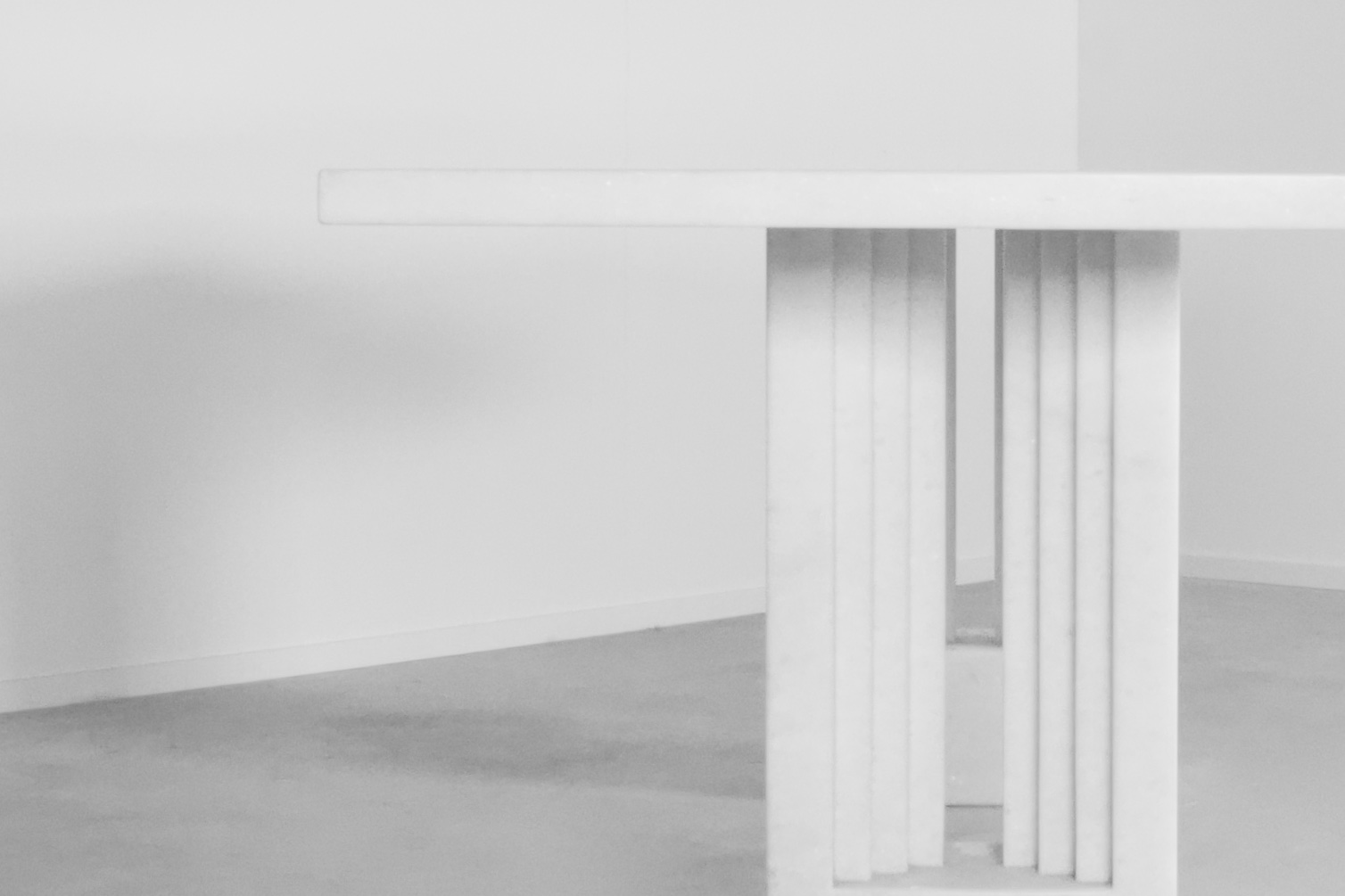 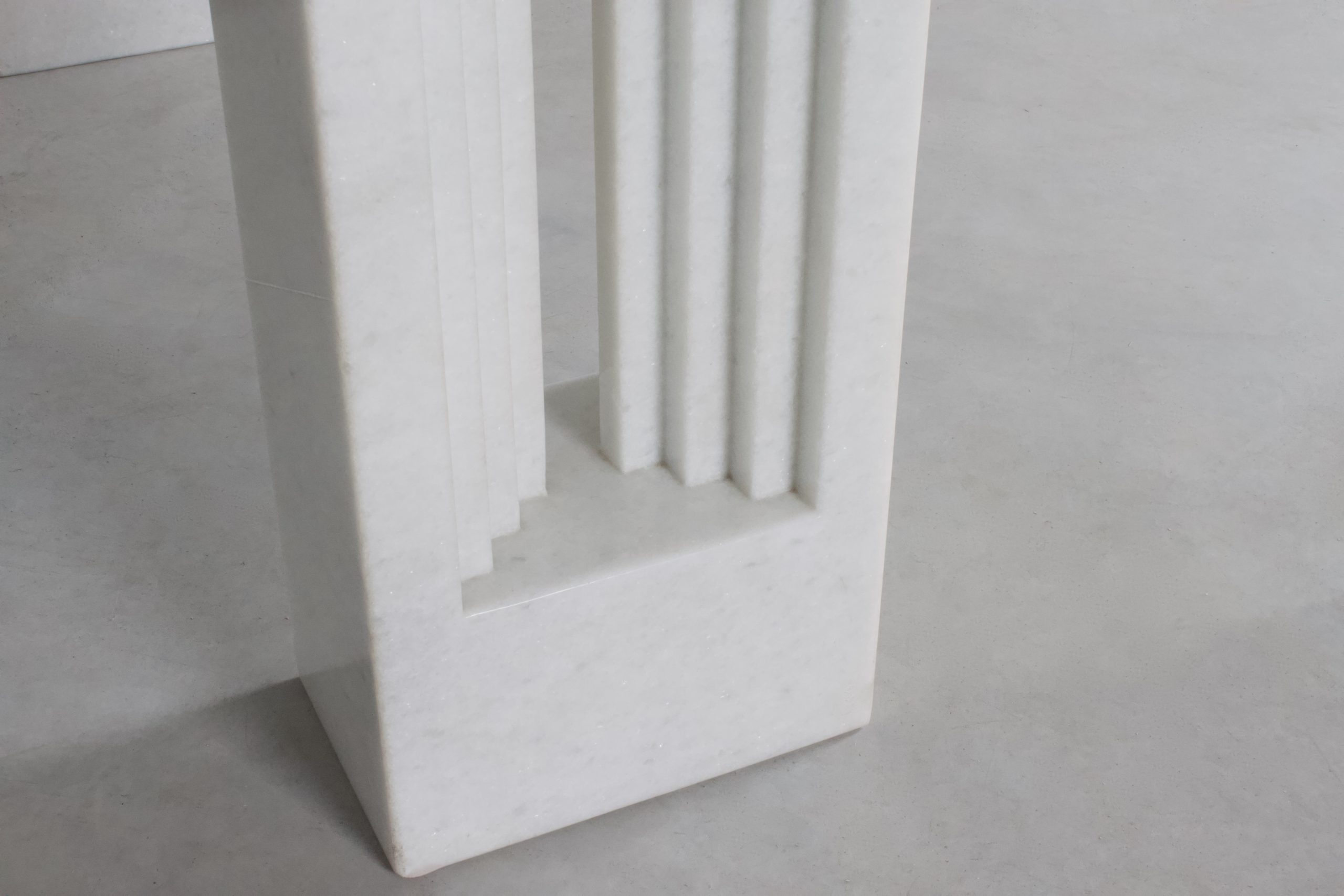 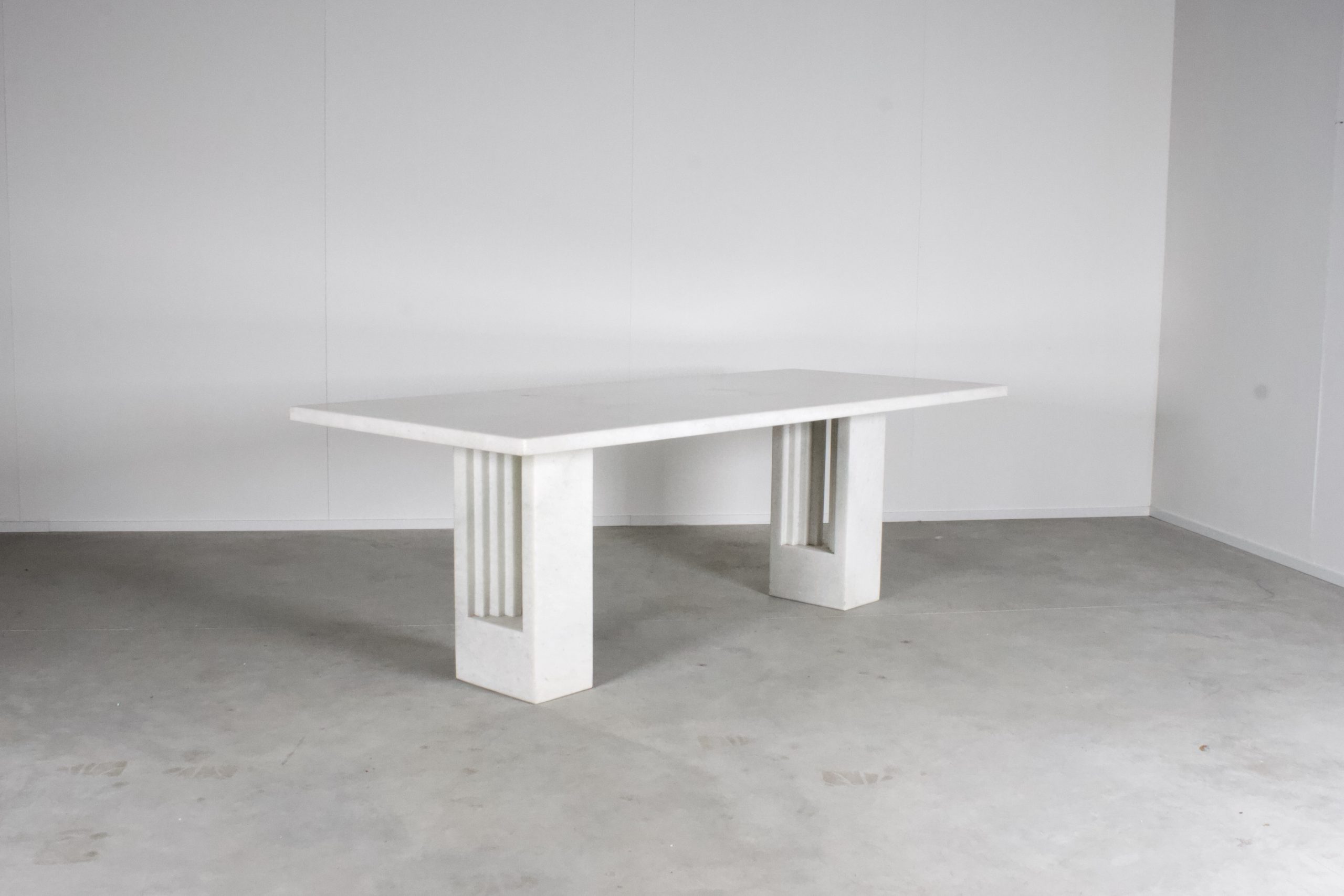 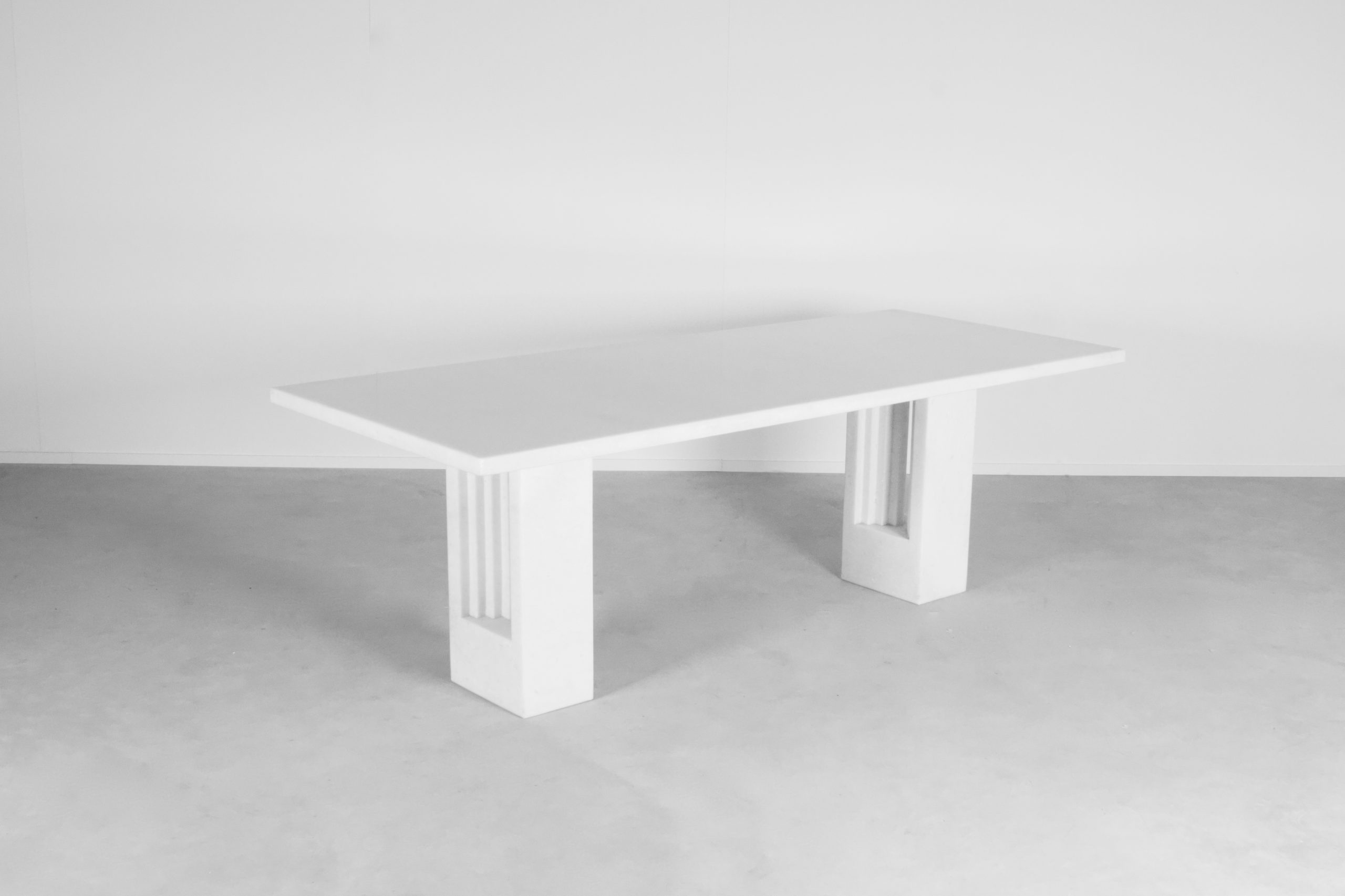 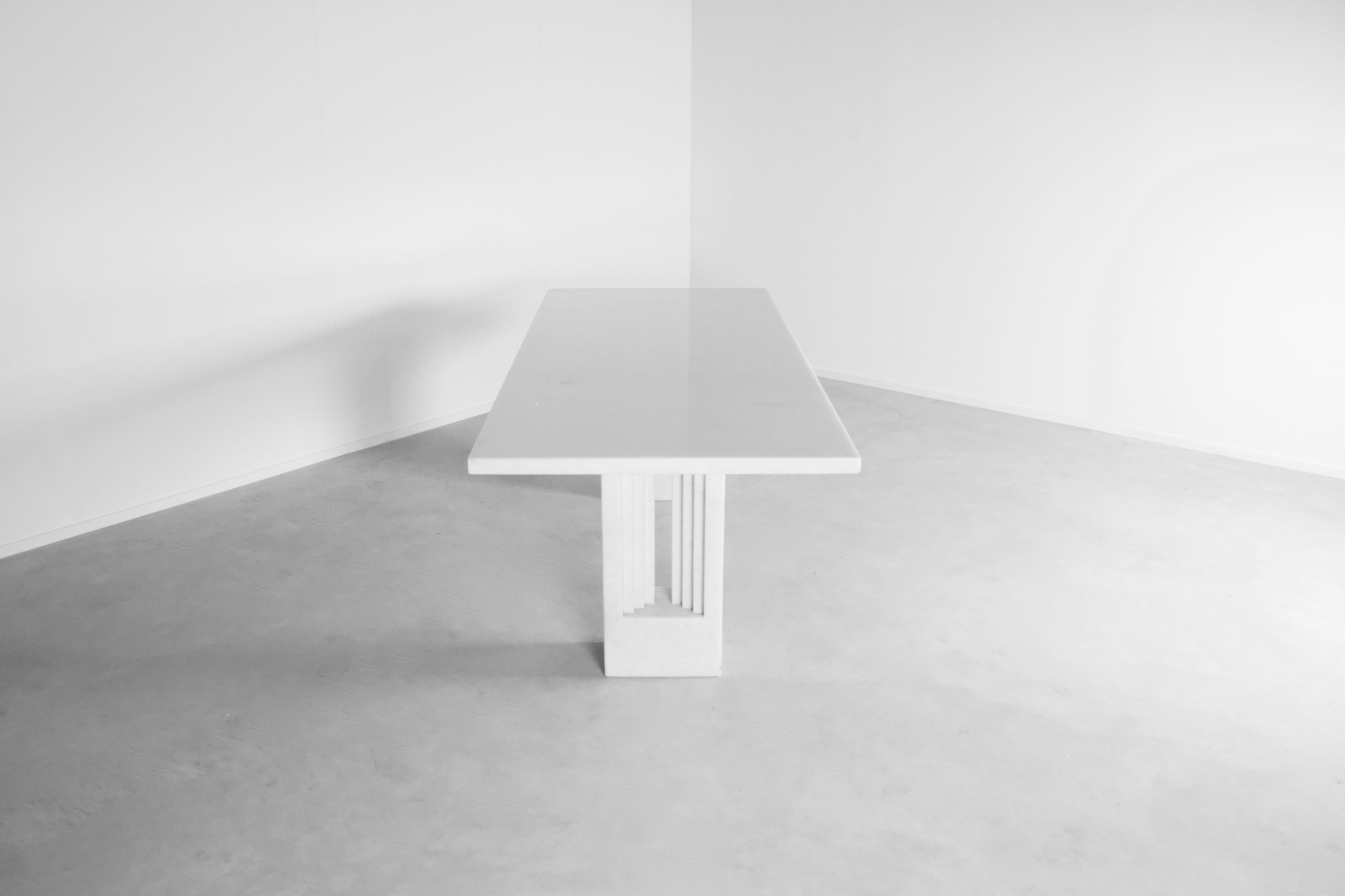 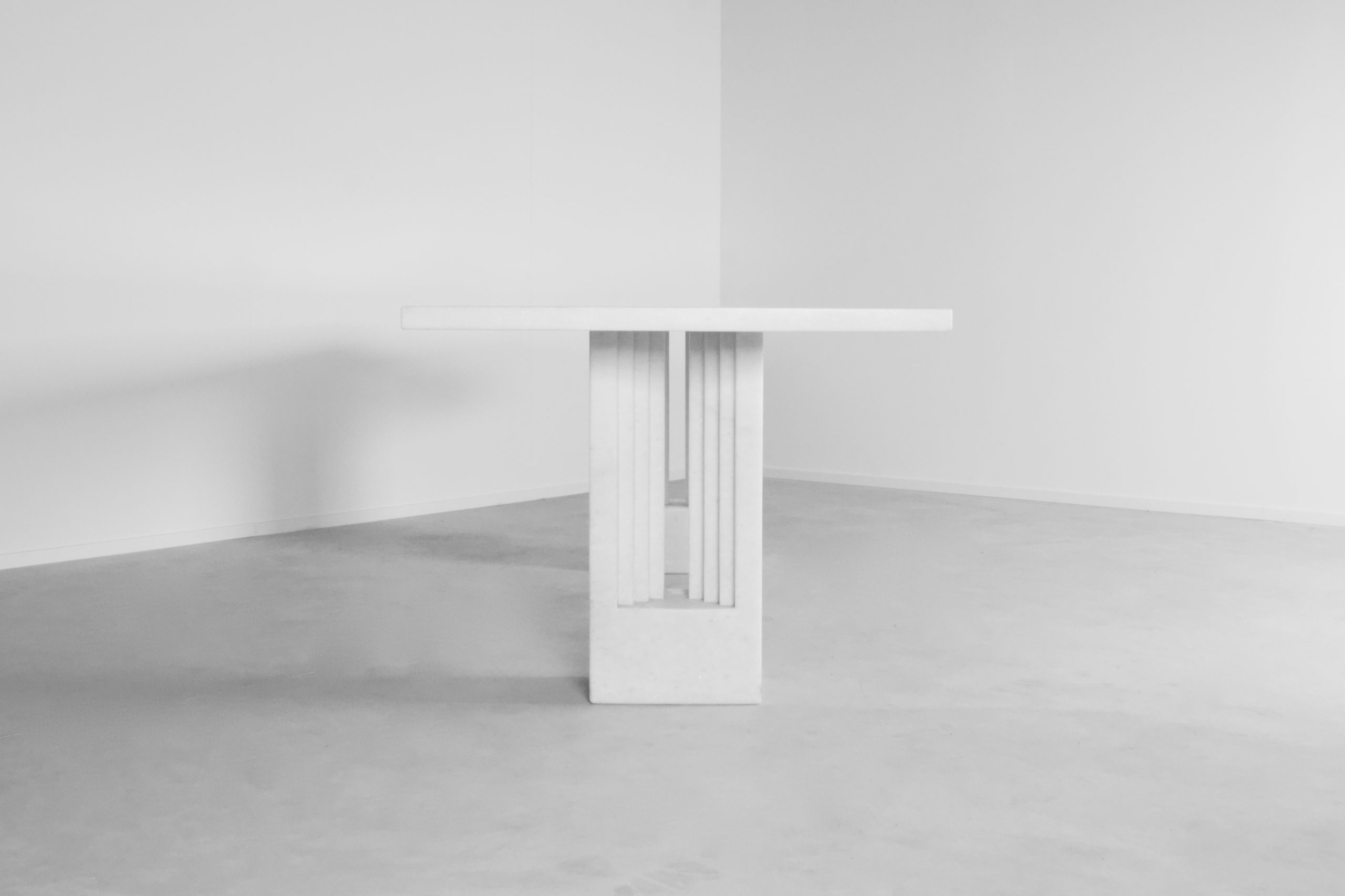 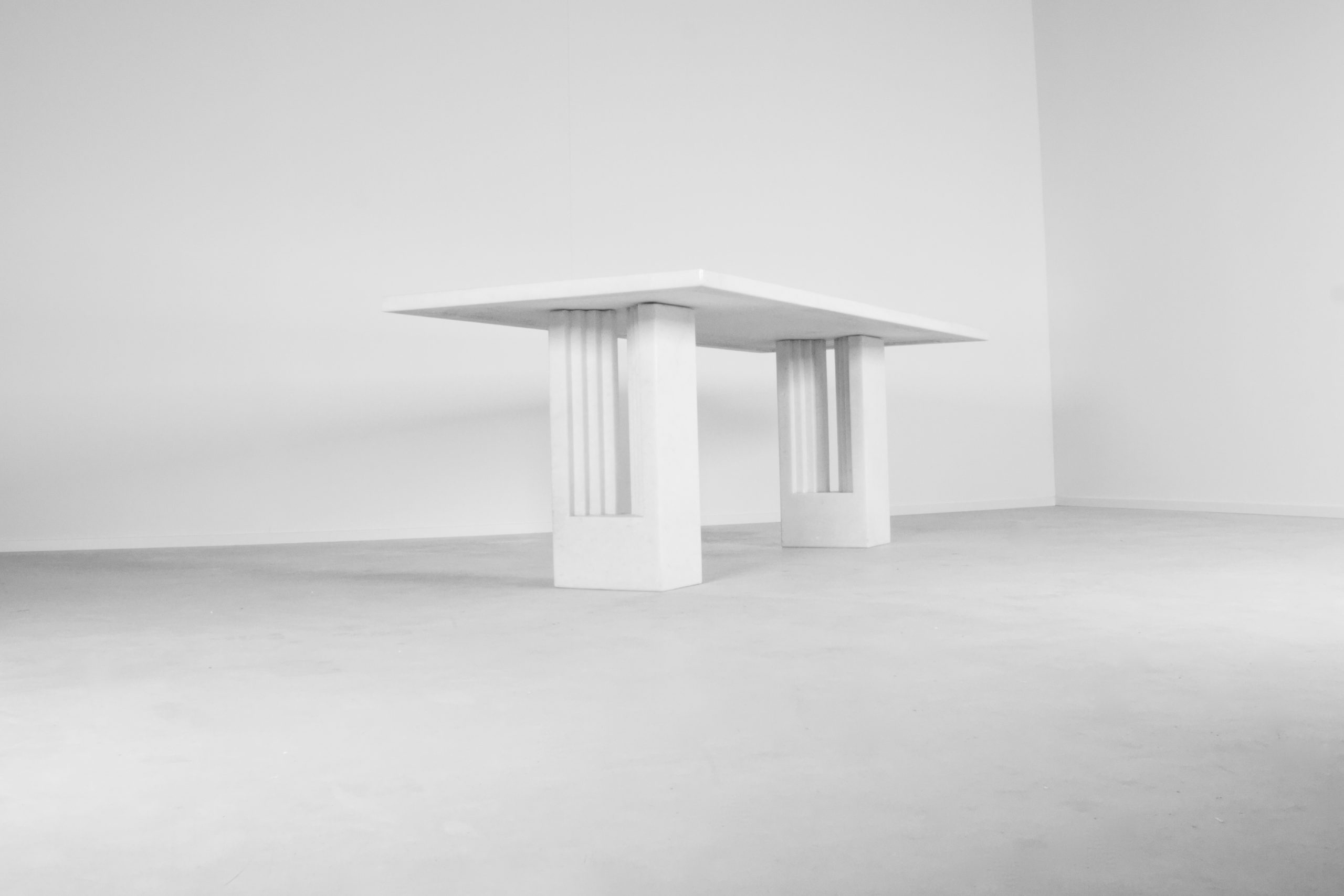 Original Delfi table in very good condition.
Manufactured by Gavina, Italy Designed by Carlo Scarpa and Marcel Breuer.
This particular table is made in a rare Bianco Cristallino marble with silver chips

Original Delfi table in very good condition.
Manufactured by Gavina, Italy Designed by Carlo Scarpa and Marcel Breuer.
This particular table is made in a rare Bianco Cristallino marble with silver chips (See close up image)
As far as we know this is the only Delfi table made in this marble.
The table is composed of two monolithic bases and a rectangular 1.56 inch thick top, all in marble.
The top is fixed to the bases with nylon pins.

The Delfi table is a redesign of a rationalist table model from the 1930s, designed by Marcel Breuer for Simon Gavina, on which Carlo Scarpa made some variations in 1968. In this same year, Breuer gave it to Dino Gavina for his new home in Via Garibaldi in Bologna; Gavina commissioned to Carlo Scarpa some rework on the original piece. The result is this beautiful table.

Carlo Scarpa (1906-1978) is known as a virtuoso of light, a master of detail, and a connoisseur of materials. He is most well-known for his architectural projects, counting 58 in all. Most famous are the Castelvecchio Museum in Verona, the Olivetti showroom in Venice and the Brion Tomb in San Vito d’Altivole. His lush use of decorative aspects and crafted details are still unrivalled. His designs, including this Samo table shows very clear traits of Scarpa’s aesthetic language that holds the middle between Japanese minimalism and organic forms of nature.