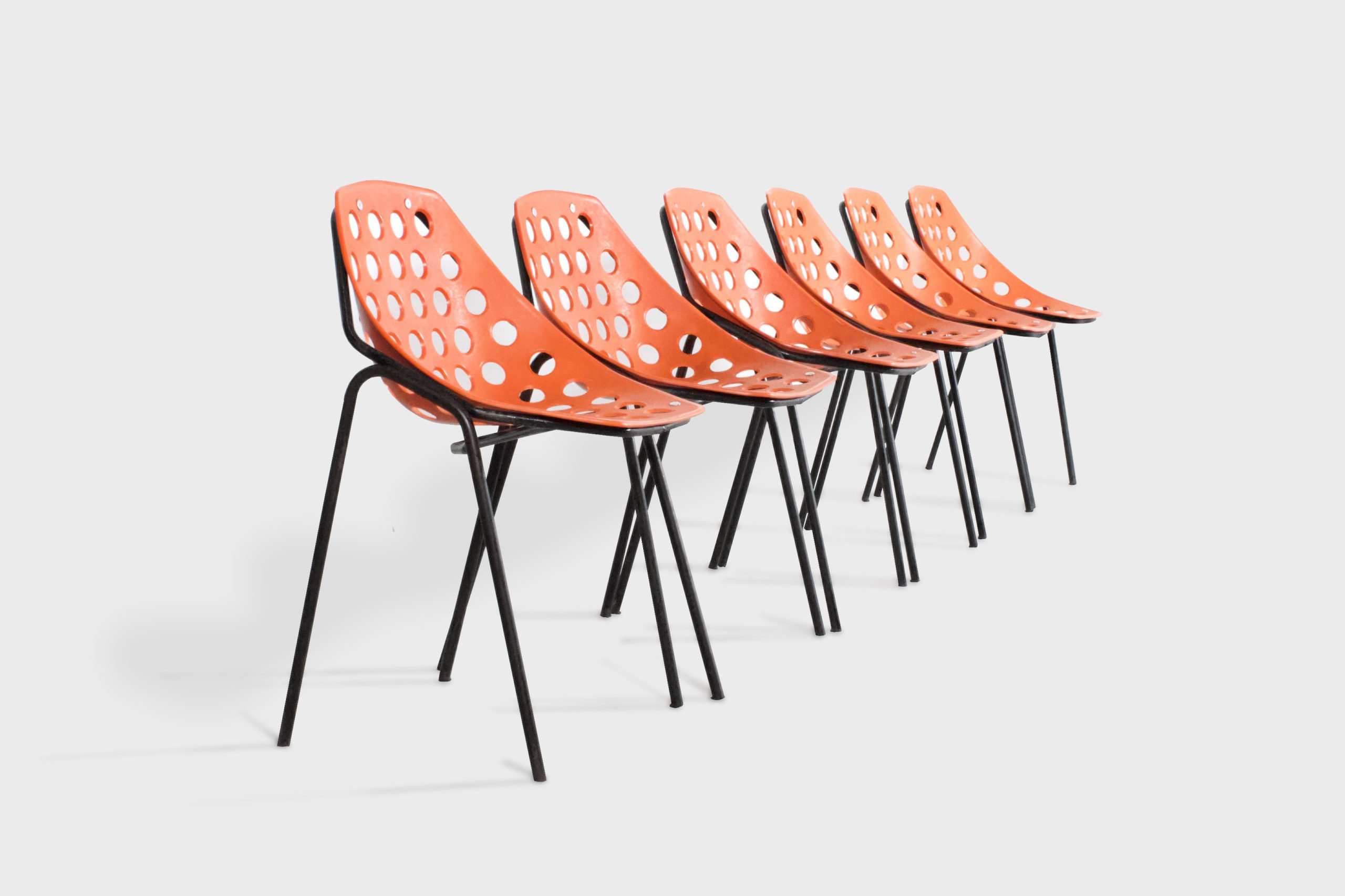 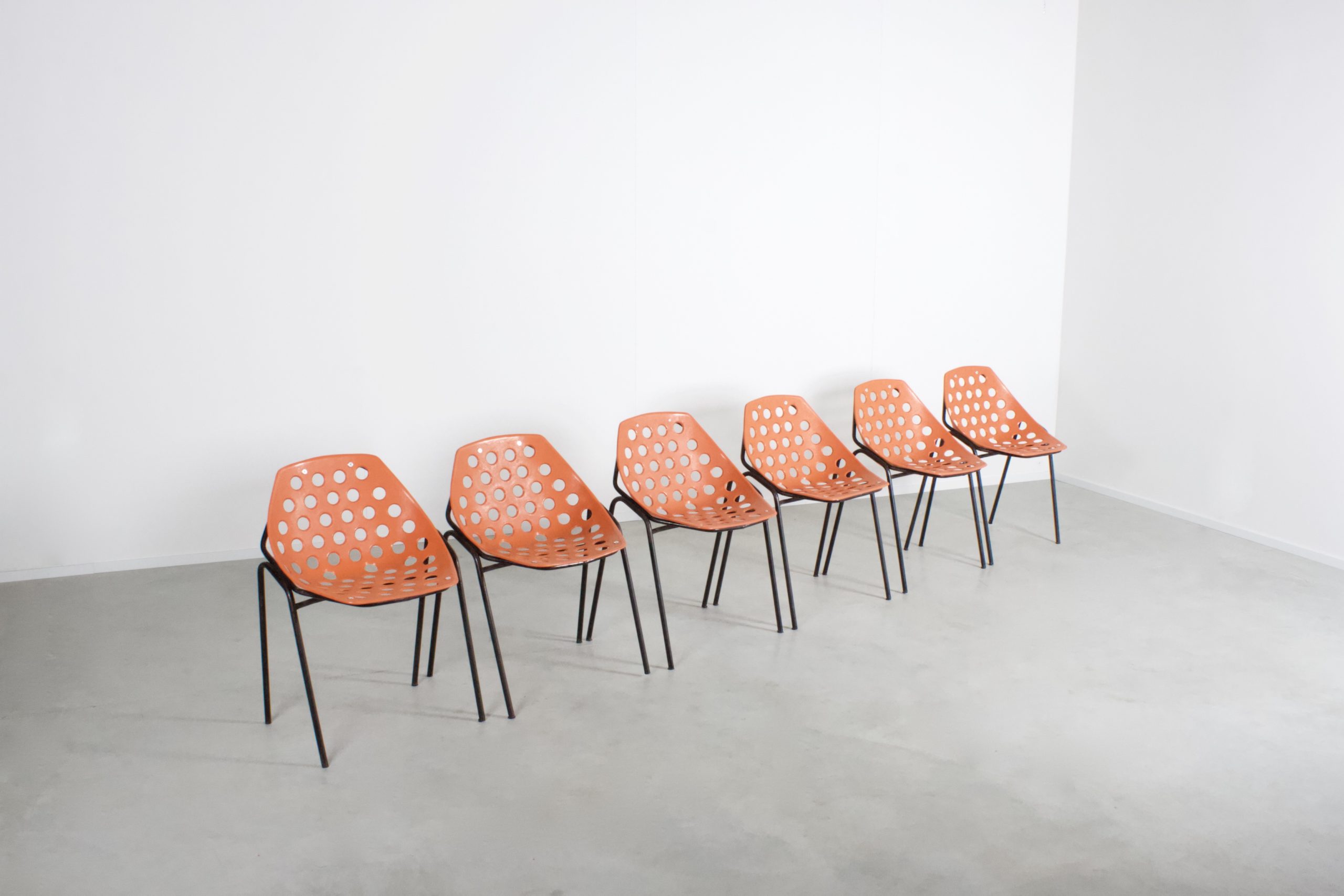 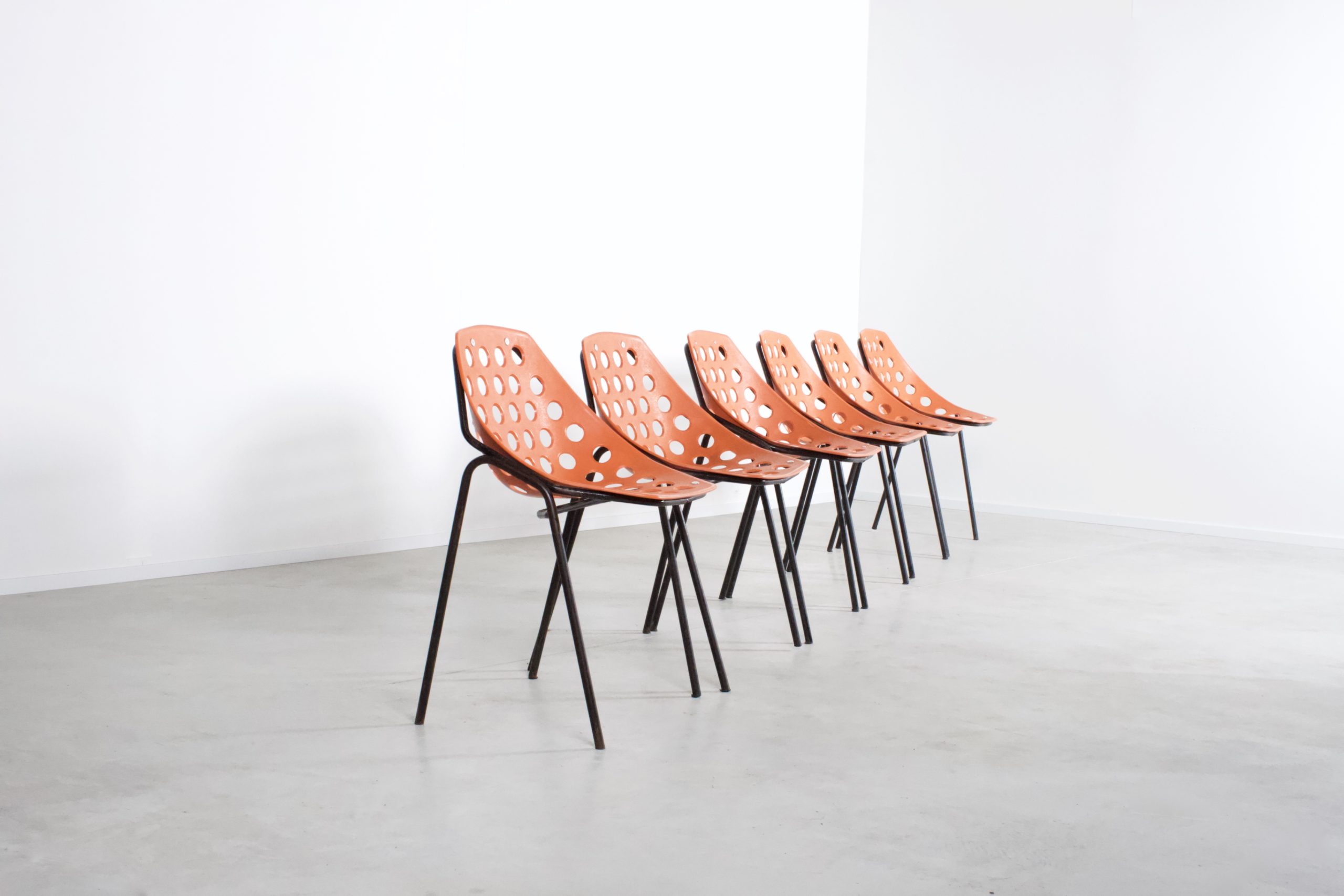 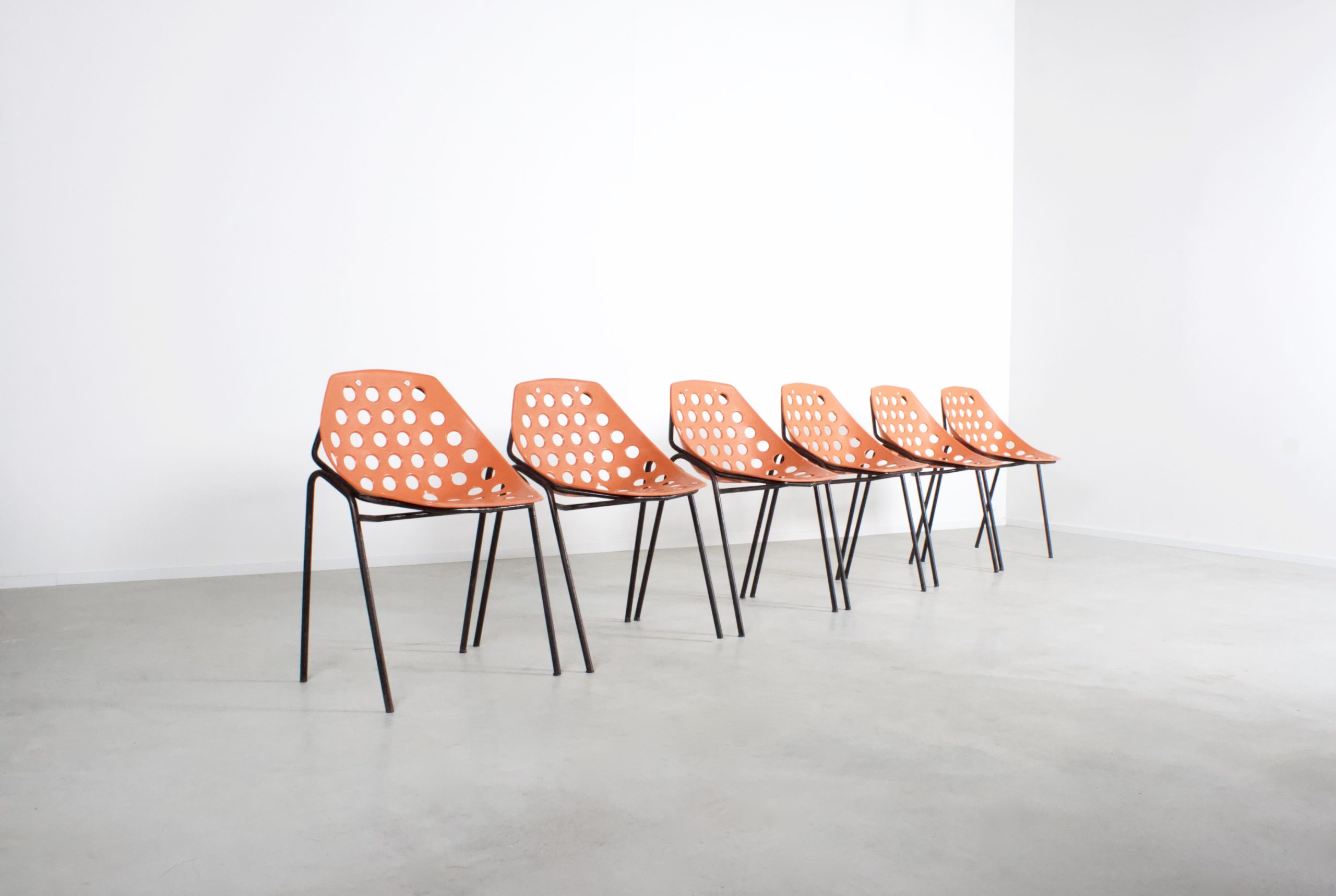 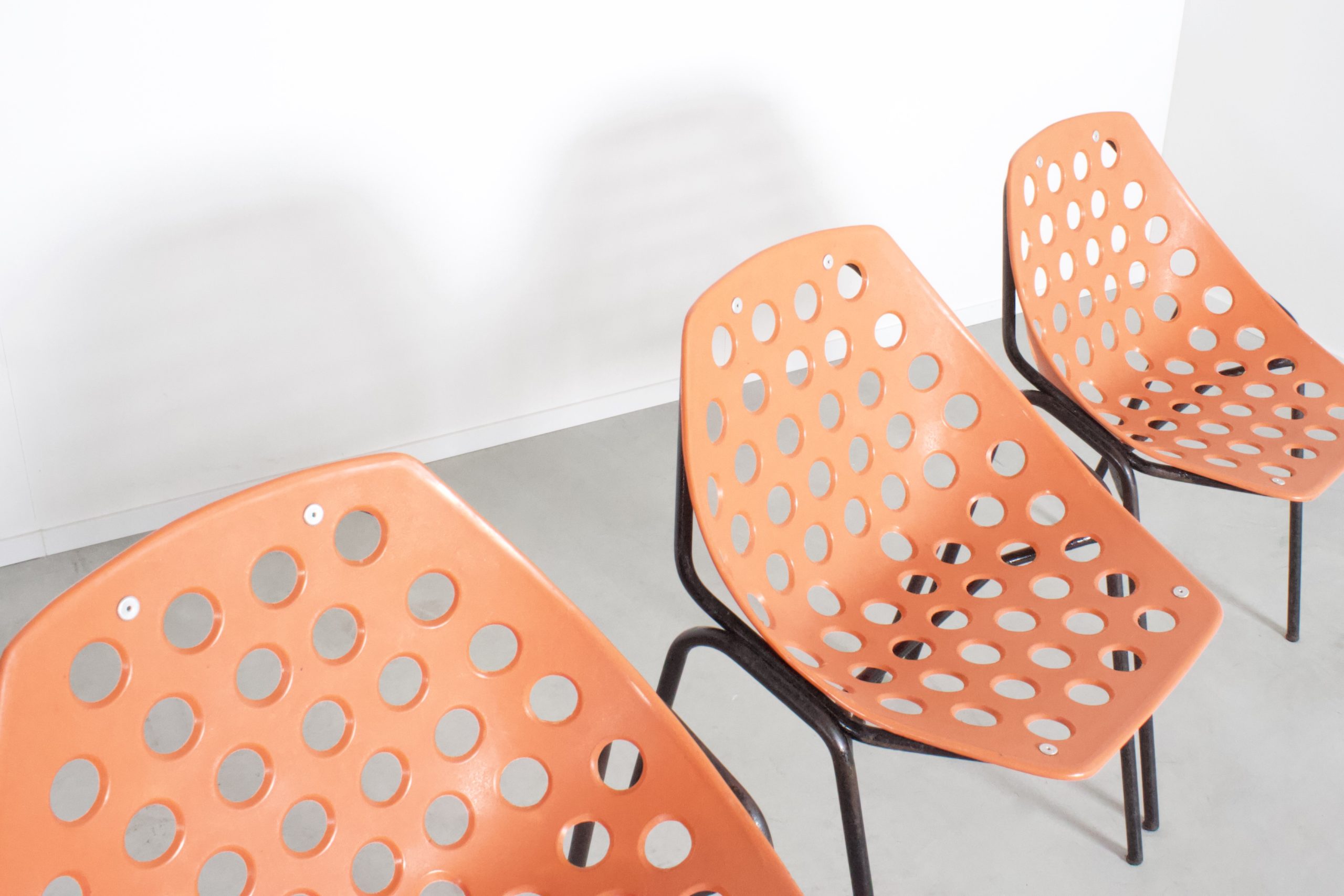 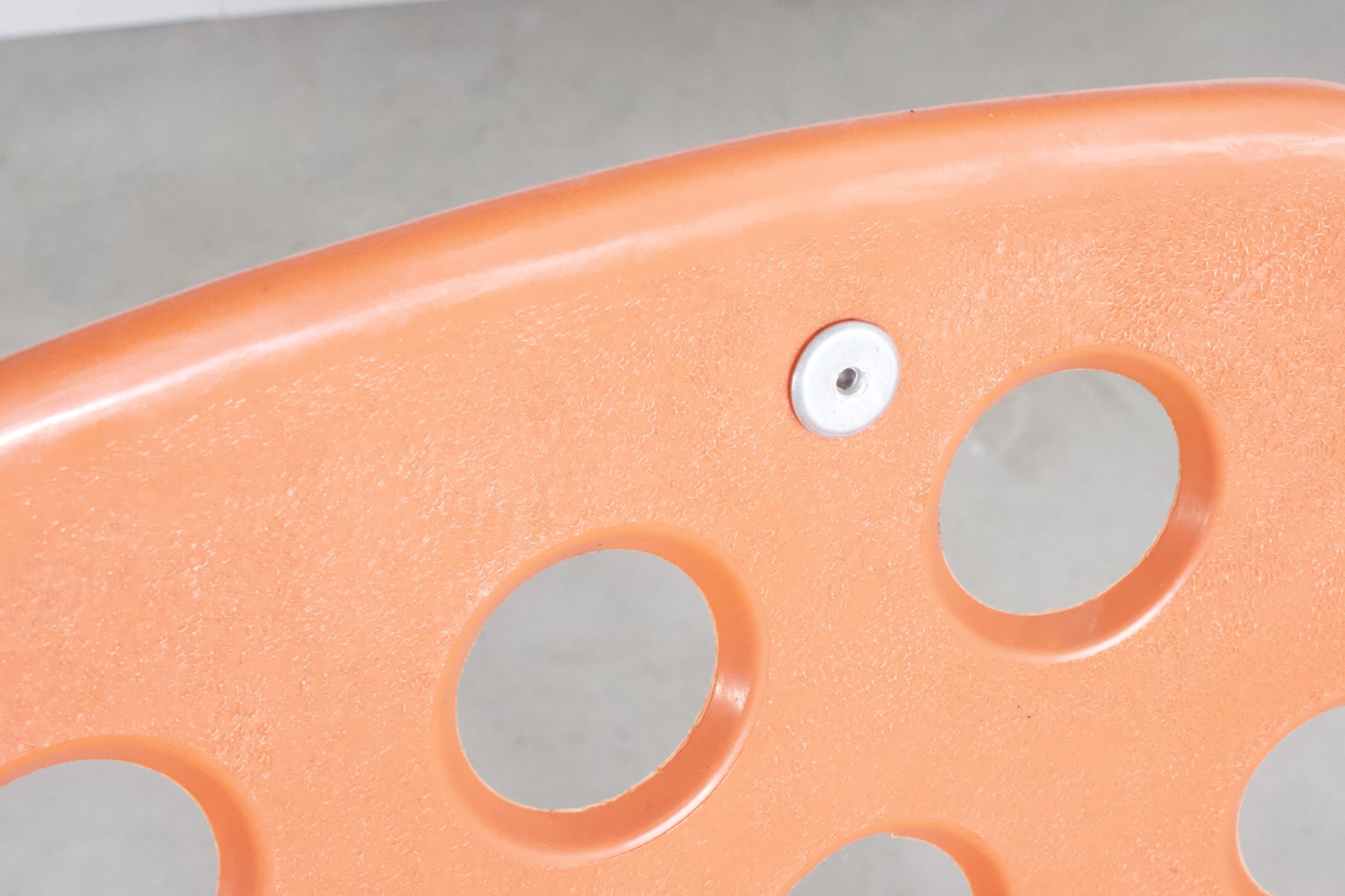 Set of Six ‘Coquillage’ Chairs by Pierre Guariche for Meurop

Set of six ‘Coquillage’ chairs in good original condition.
Manufactured by Meurop.
Designed by Pierre Guariche in the 1960s.

Set of six ‘Coquillage’ chairs in good original condition.
Manufactured by Meurop.
Designed by Pierre Guariche in the 1960s.
Pierre Guariche was known for created simplistic affordable Industrial furniture.
The shells of these chairs are made of perforated propylene and they have a black metal base.
The bases is are in their original lacquered condition.
On request we can professionally respray the bases.

Pierre Guariche is a legendary French designer from the 20th Century. He gave a personal and innovative touch to design by combining aestheticism and mass production.As a visionary designer, he knew how to create pieces of furniture with a functionalist approach and an aesthetic dimension. He really wanted to meet the needs of the times by using methods of the series production. His creations became mythic pieces.