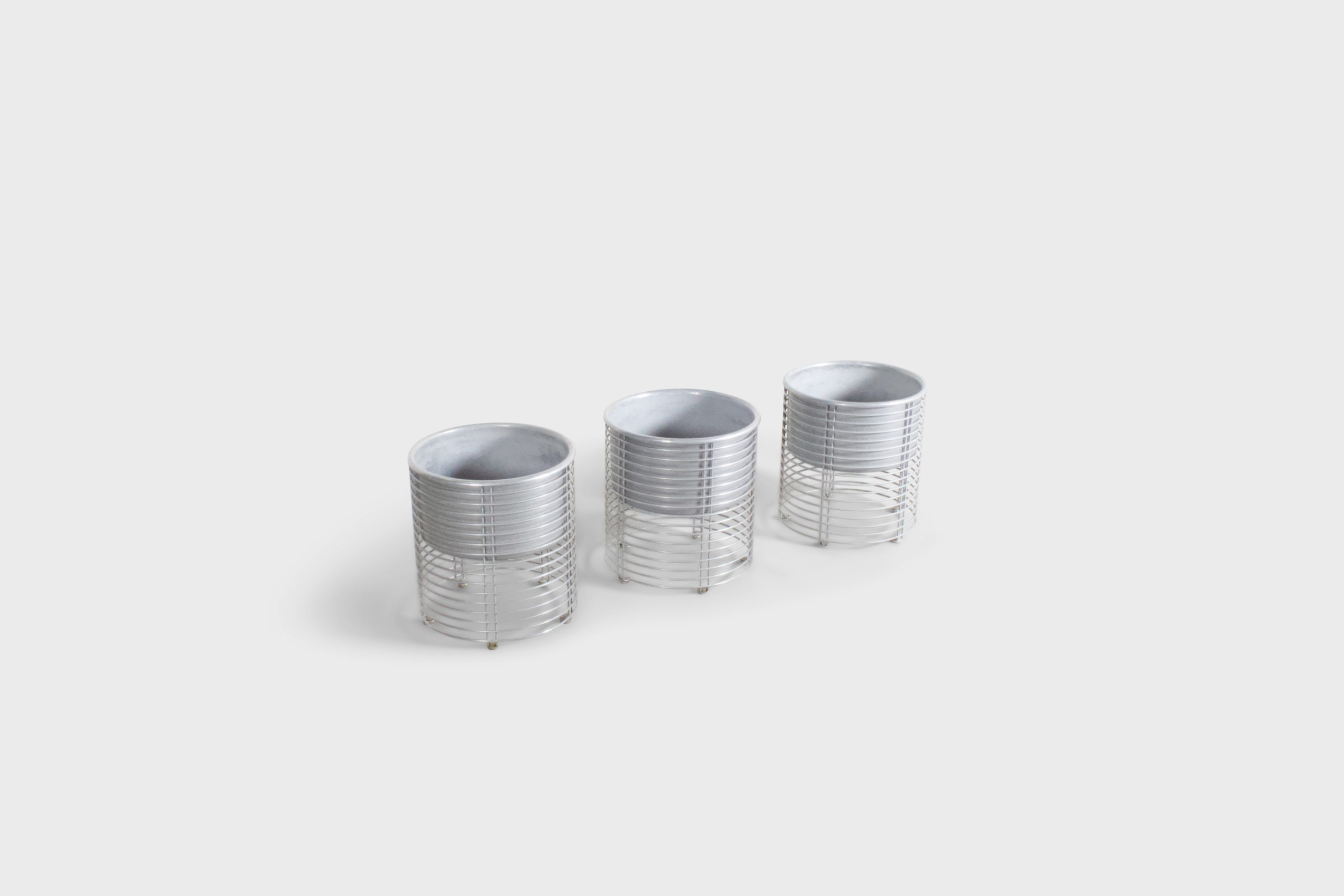 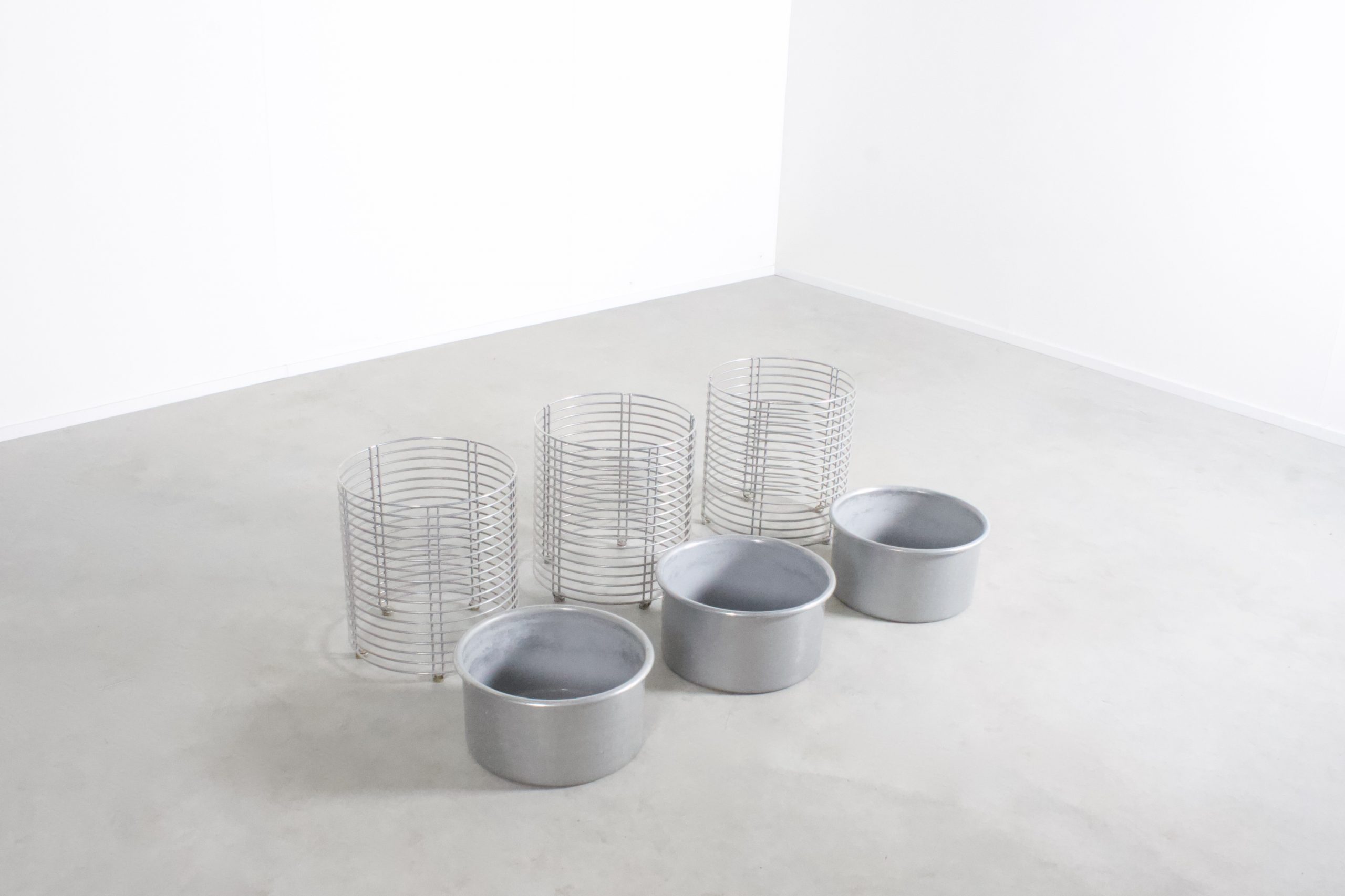 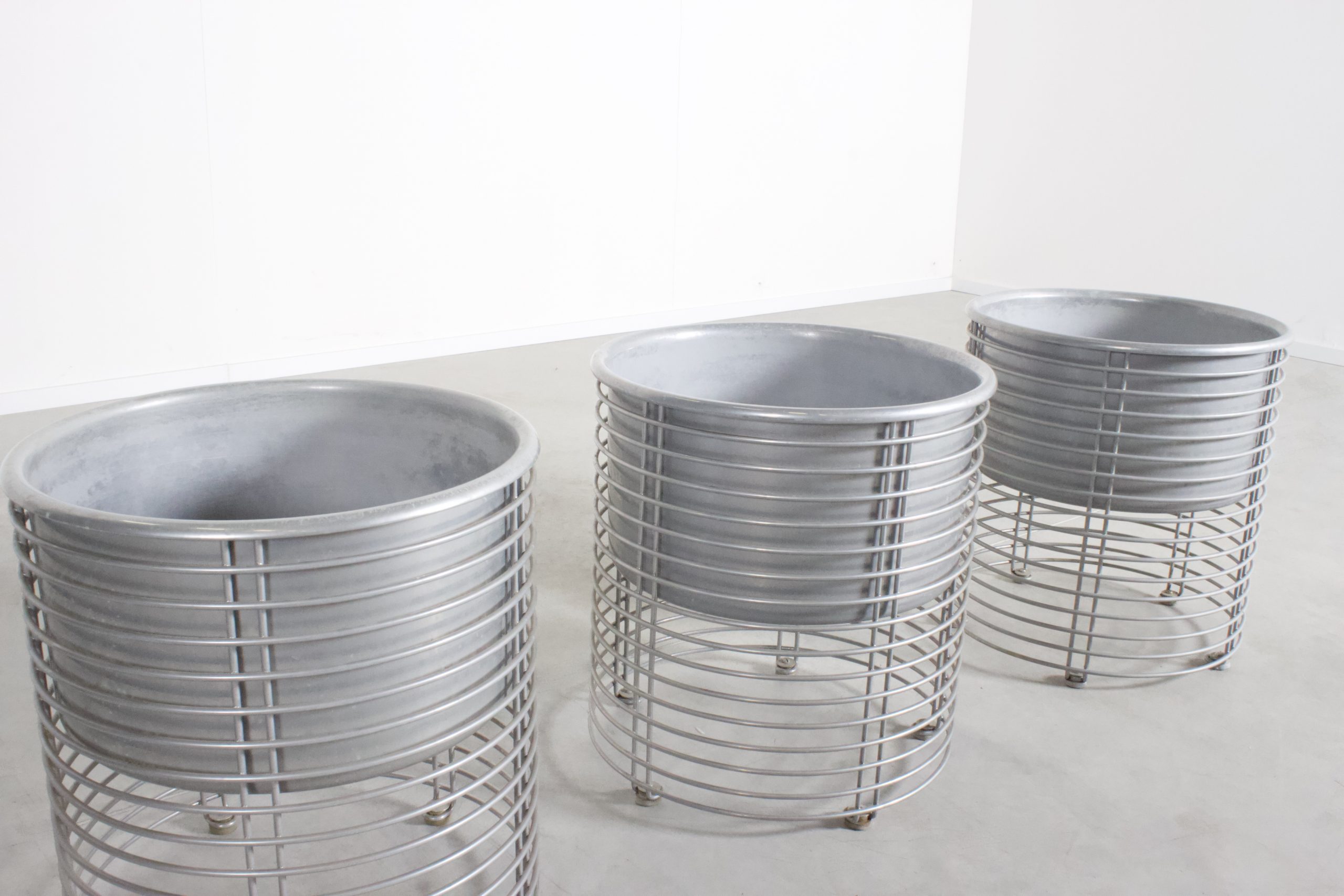 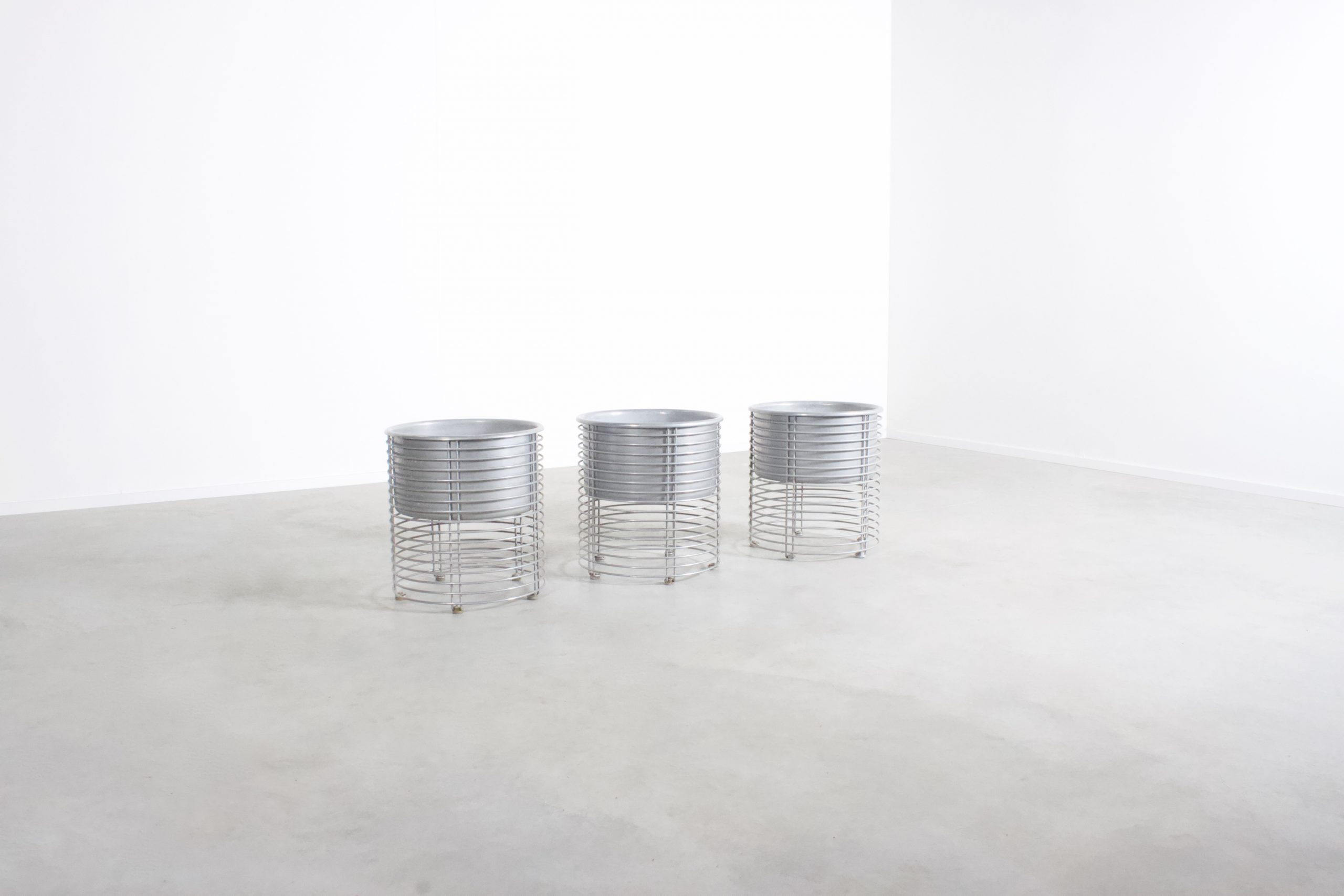 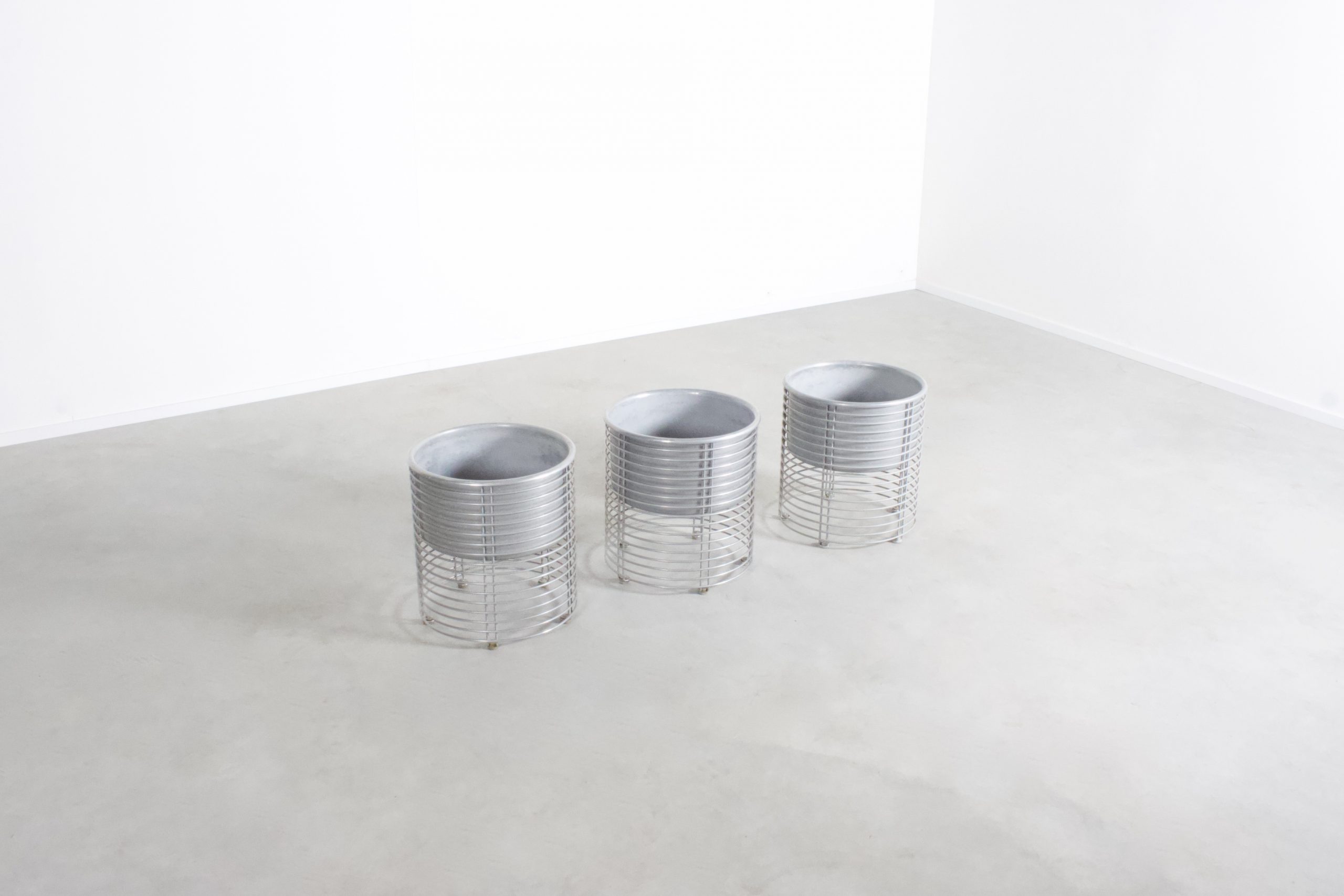 Rare Pantonova planters in very good condition.
Designed by Verner Panton in 1971 Produced by Fritz Hansen.
The mat chrome frame consists of fine parallel wire rods that hold a metal pot which can be removed.
The Pantonova series were designed and produced for the Varna restaurant in Denmark.

Verner Panton (Danish, 1926 - 1998) was trained as an architectural engineer at a technical school in Odense, and earned a degree in architecture from the Royal Danish Academy of Art in Copenhagen in 1951. During the 1950s, he worked in the office of Arne Jacobsen, one of Denmark’s leading architects, as well as for various design firms, including Fritz Hansen, Louis Poulsen, and the textile firm Unika Vaev. He gained international recognition for a series of modern chairs that broke from the traditonal chair form and he experimented with new materials and advanced production techniques, from tubular steel to bent sheet metal to injection-molded plastic.