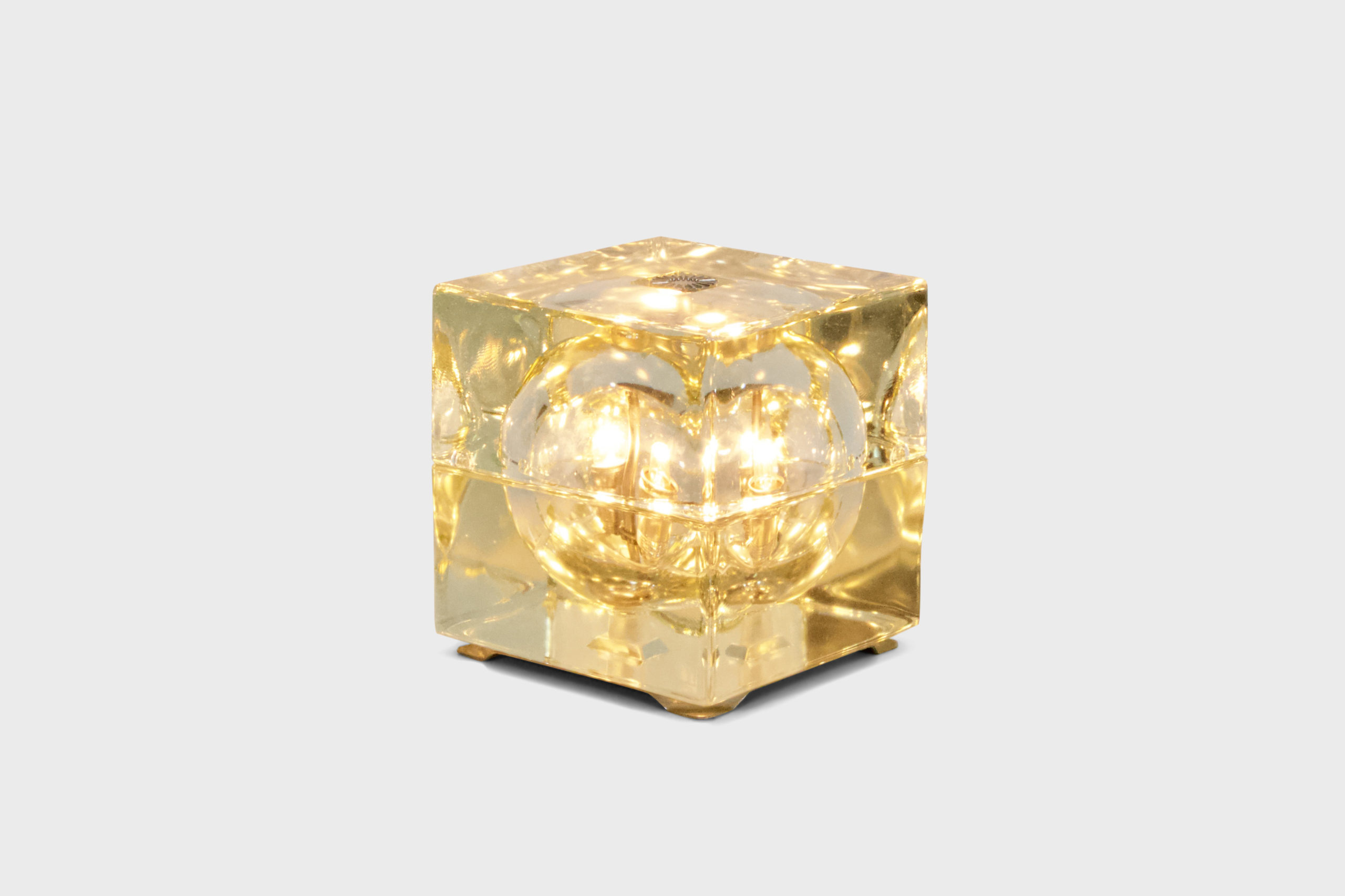 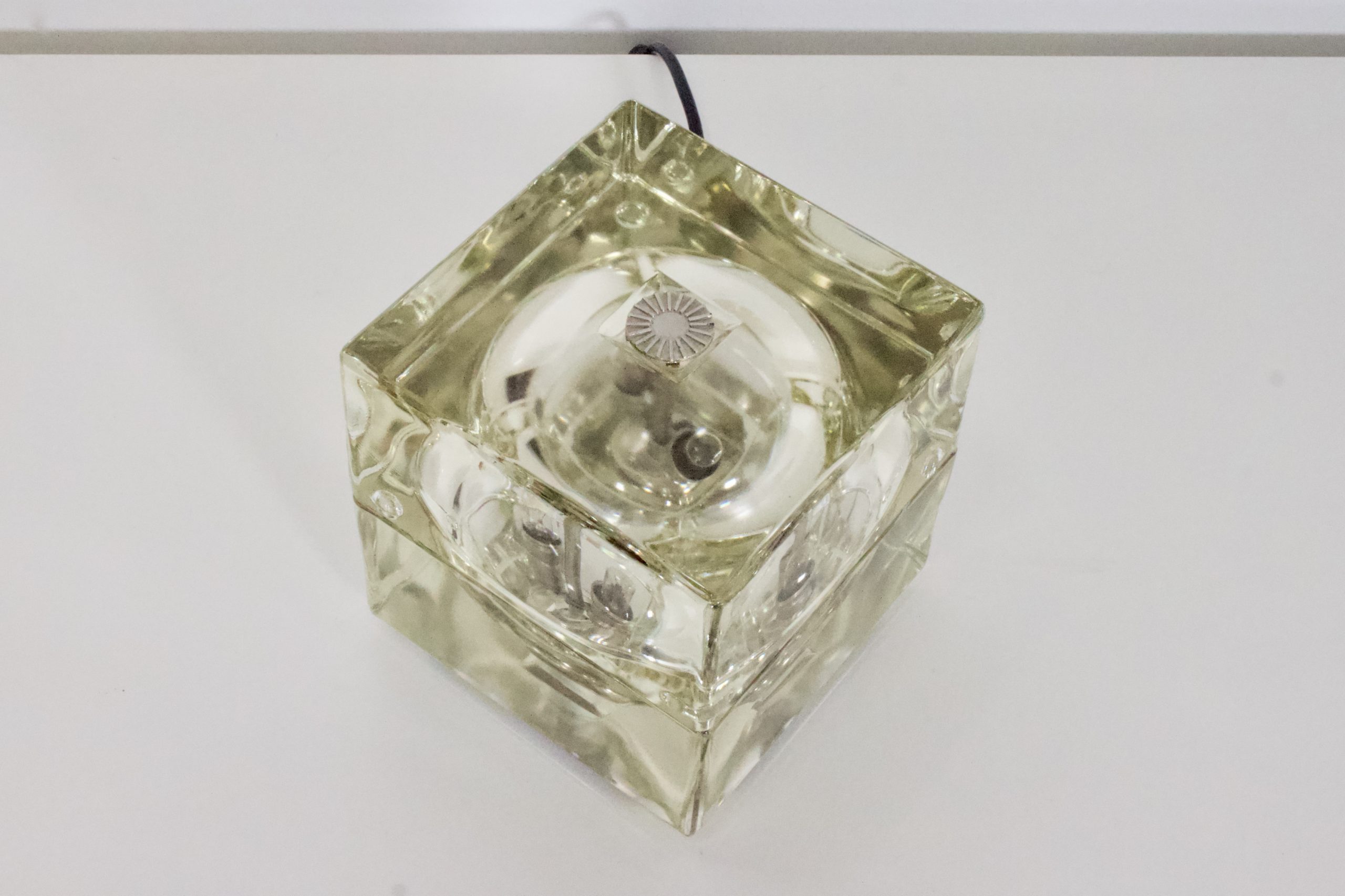 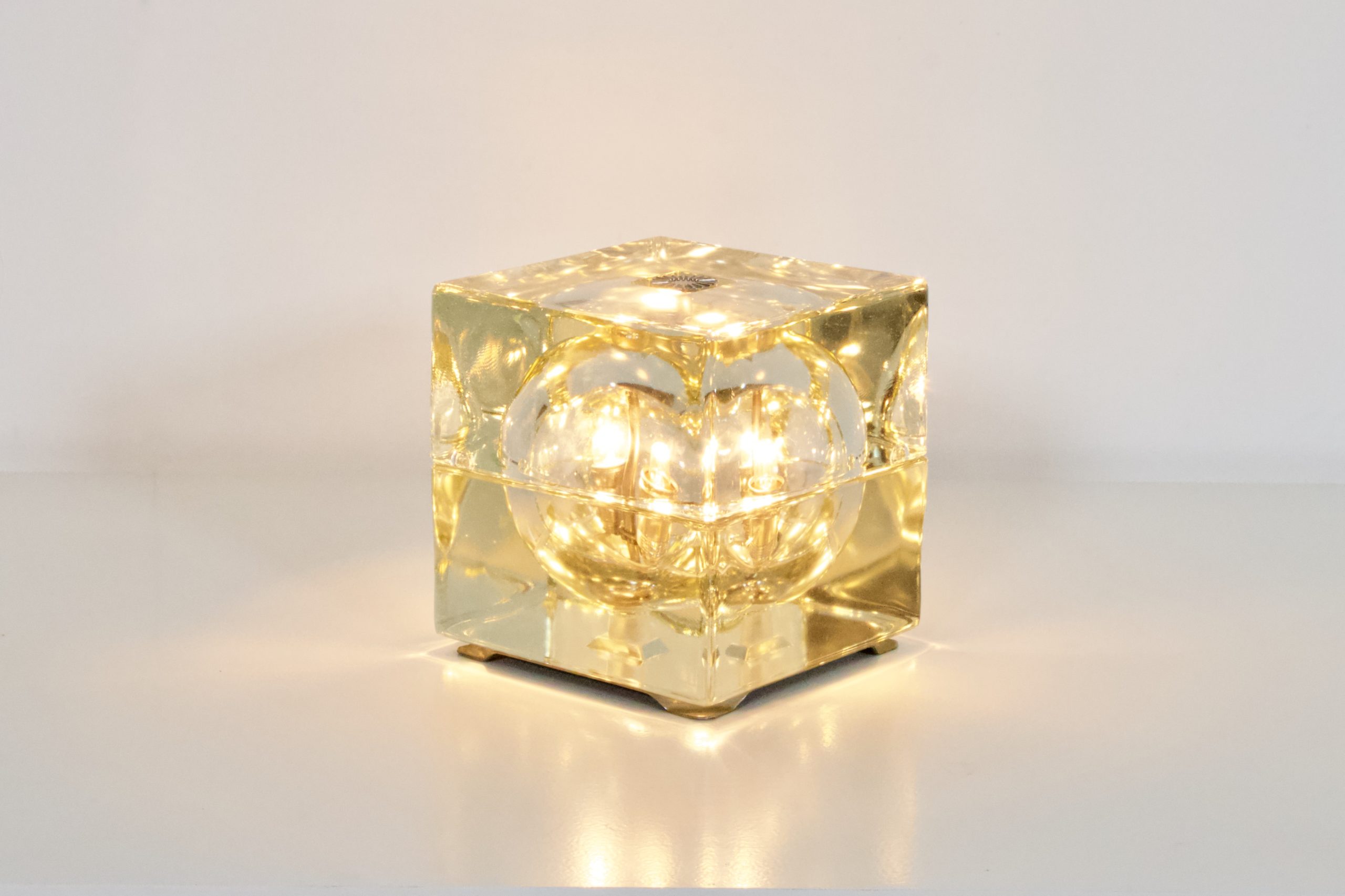 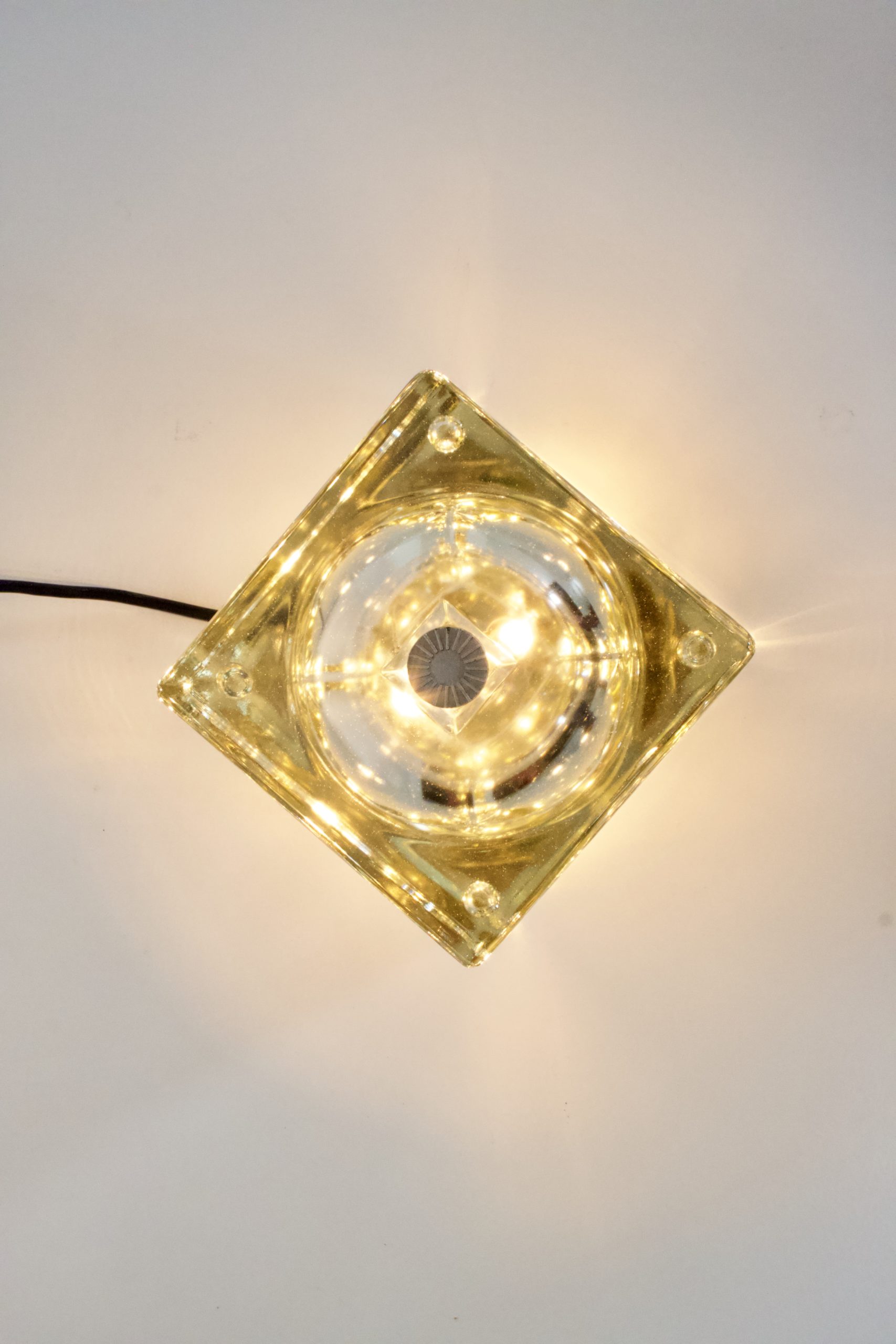 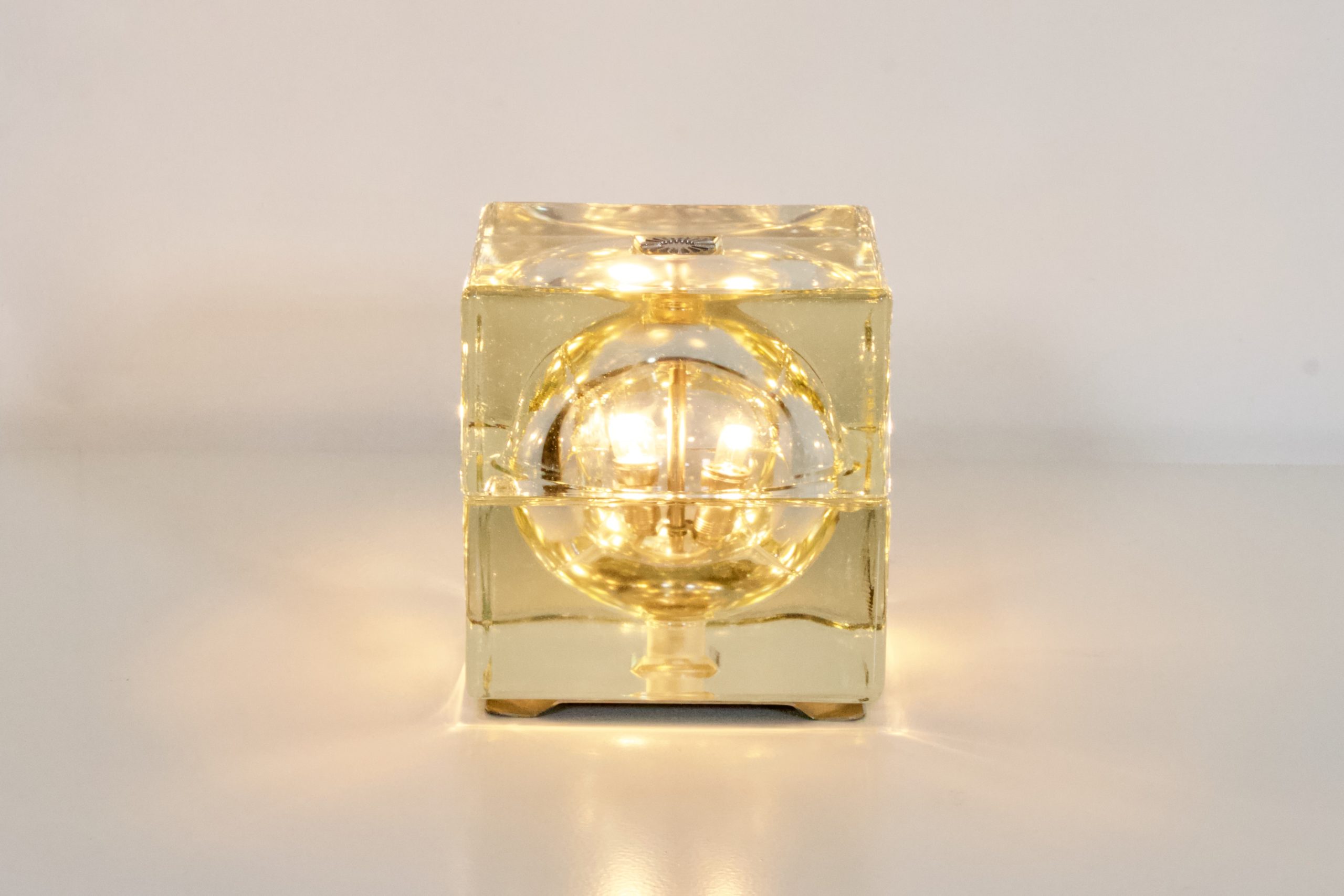 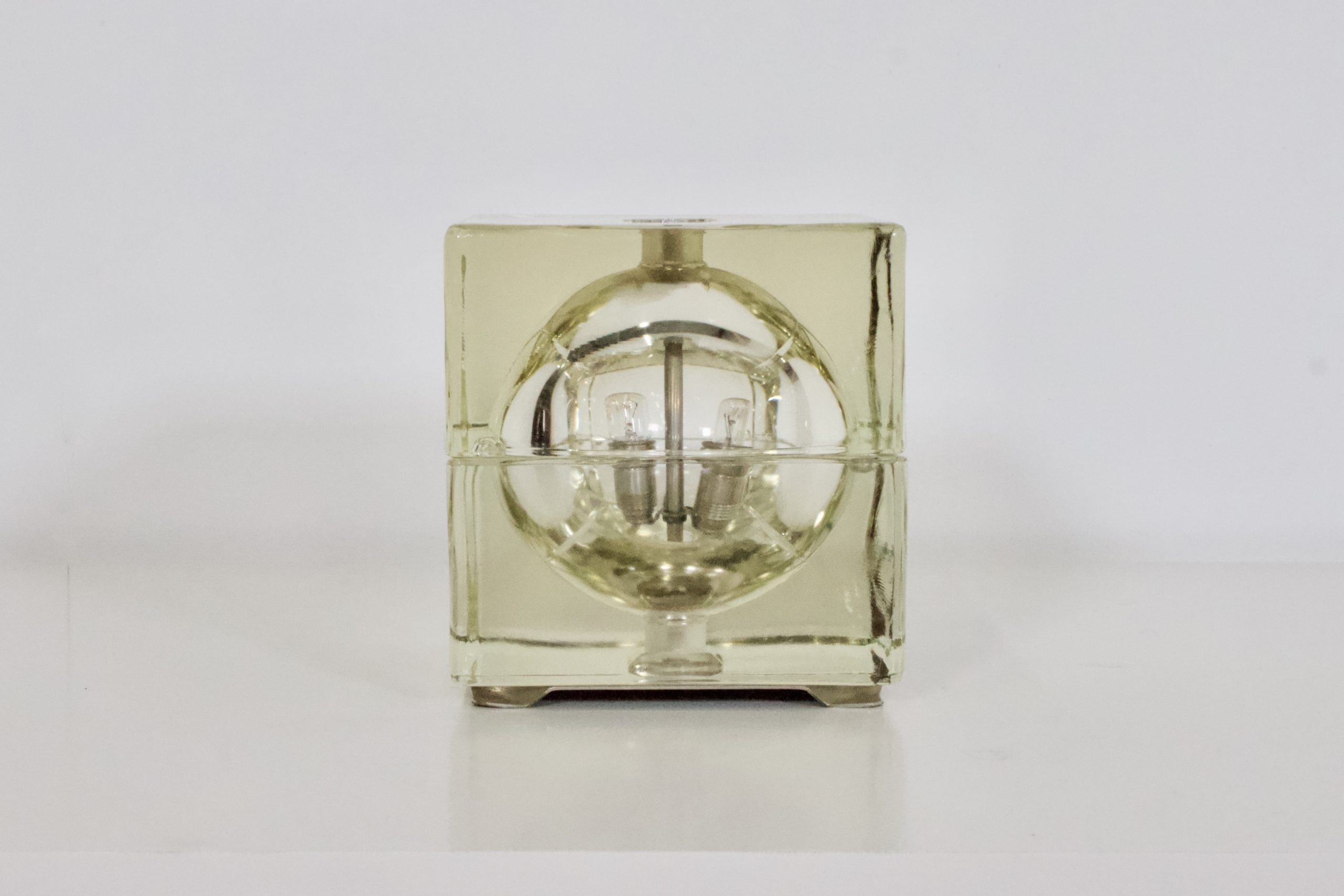 Designed by Alessandro Mendini in the 1960s

The lamp is made from solid glass and consists of two parts held together by a signature chrome screw.

The glass cube has has a spherical center which gives a beautiful effect when the lamp is lit.

Alessandro Mendini was born in Milan in 1931. Through his work as an architect, designer, journalist, theorist, and publisher, Mendini helped establish the Italian design sensibility on a global scale—with a particular focus on neo-modern, avant-garde design, as well as the crossover between art, design, and architecture.

Mendini’s influential work spanned the arenas of graphics, furniture, interiors, architecture, stage design, writing, and painting. He graduated from the Politecnico in Milan in 1959, and he began his career at the studio of artist-designer Marcello Nizzoli. Mendini went on to become the publisher of the popular magazines Casabella (1970-76), Modo and Domus (each 1979-85). In 1979, he joined Ettore Sottsass and Michele De Lucchi as a partner at Studio Alchimia—a harbinger of the Memphis Group—before he cofounded Domus Academy in 1982. In 1989, he and his brother Francesco established their architectural practice, Atelier Mendini, in Milan, where he worked until his death in February 2019.

In recognition of his outstanding body of work, Mendini was awarded the Compasso d’Oro twice, in 1979 and 1981. He was also honored by the Architectural League of New York, made Chevalier des Arts et Lettres in France, and, in 2014, he was awarded the European Prize for Architecture. His work is included in the permanent collections of the Metropolitan Museum and the Museum of Modern Art in New York, and the Centre Georges Pompidou in Paris, among others.