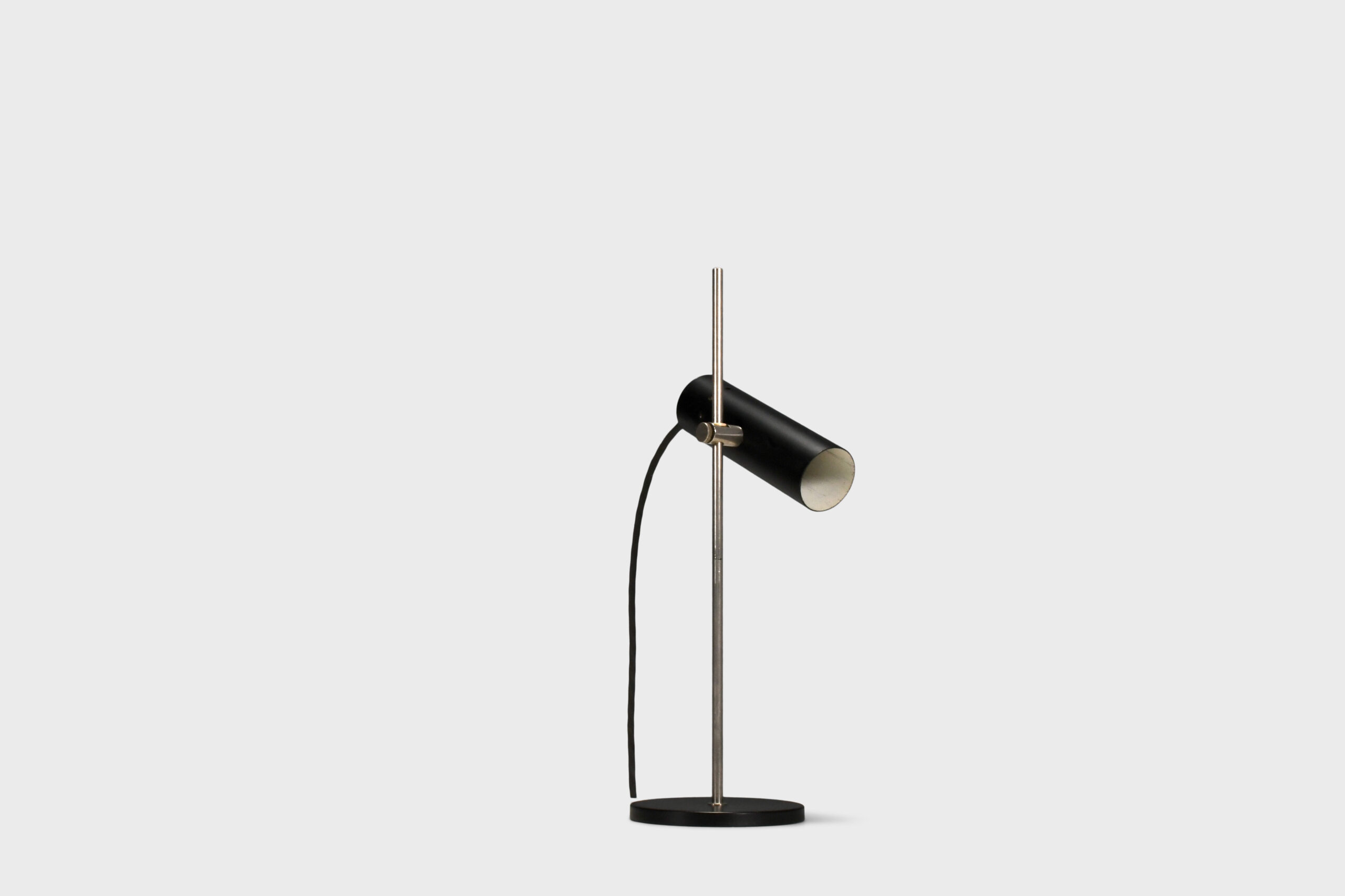 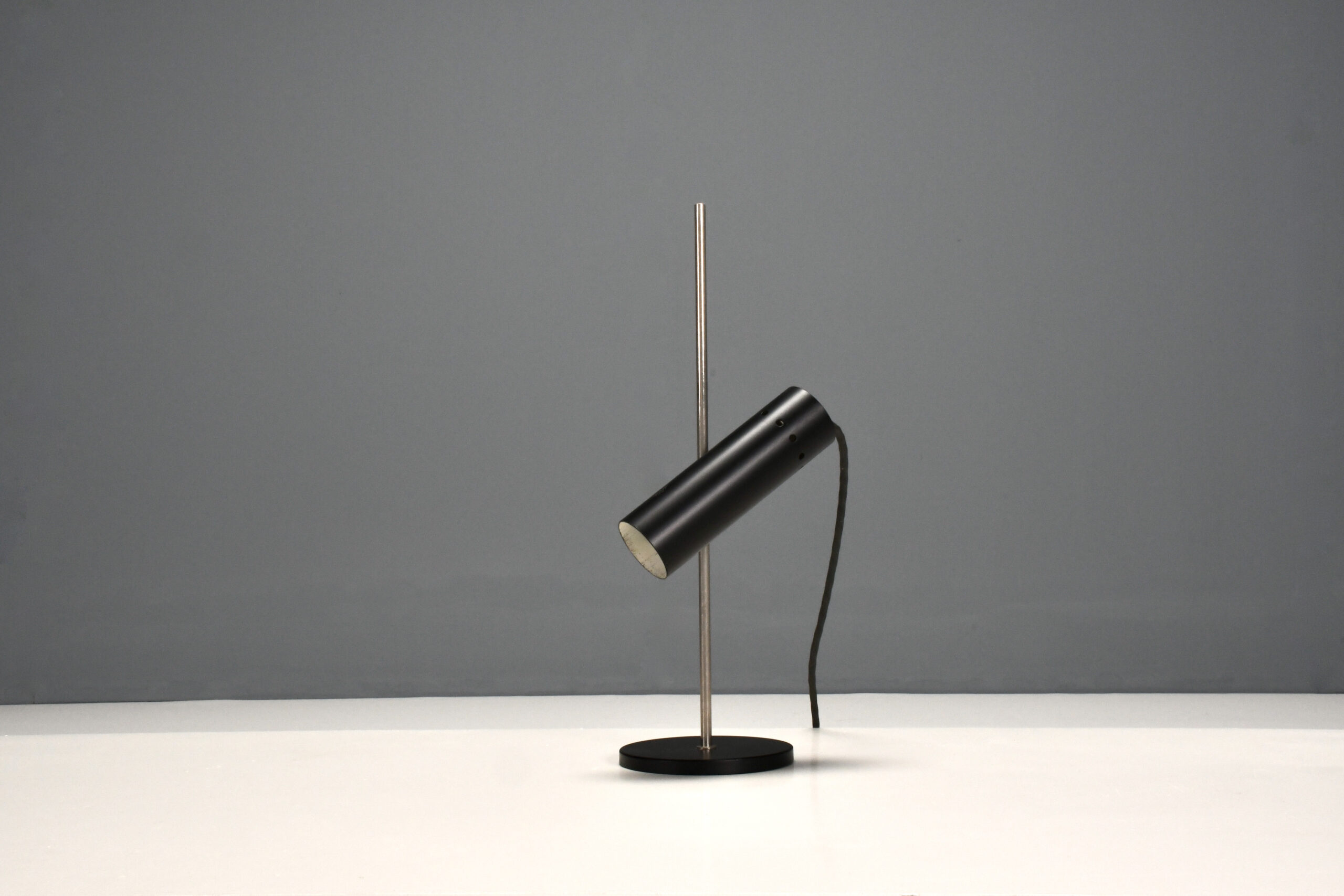 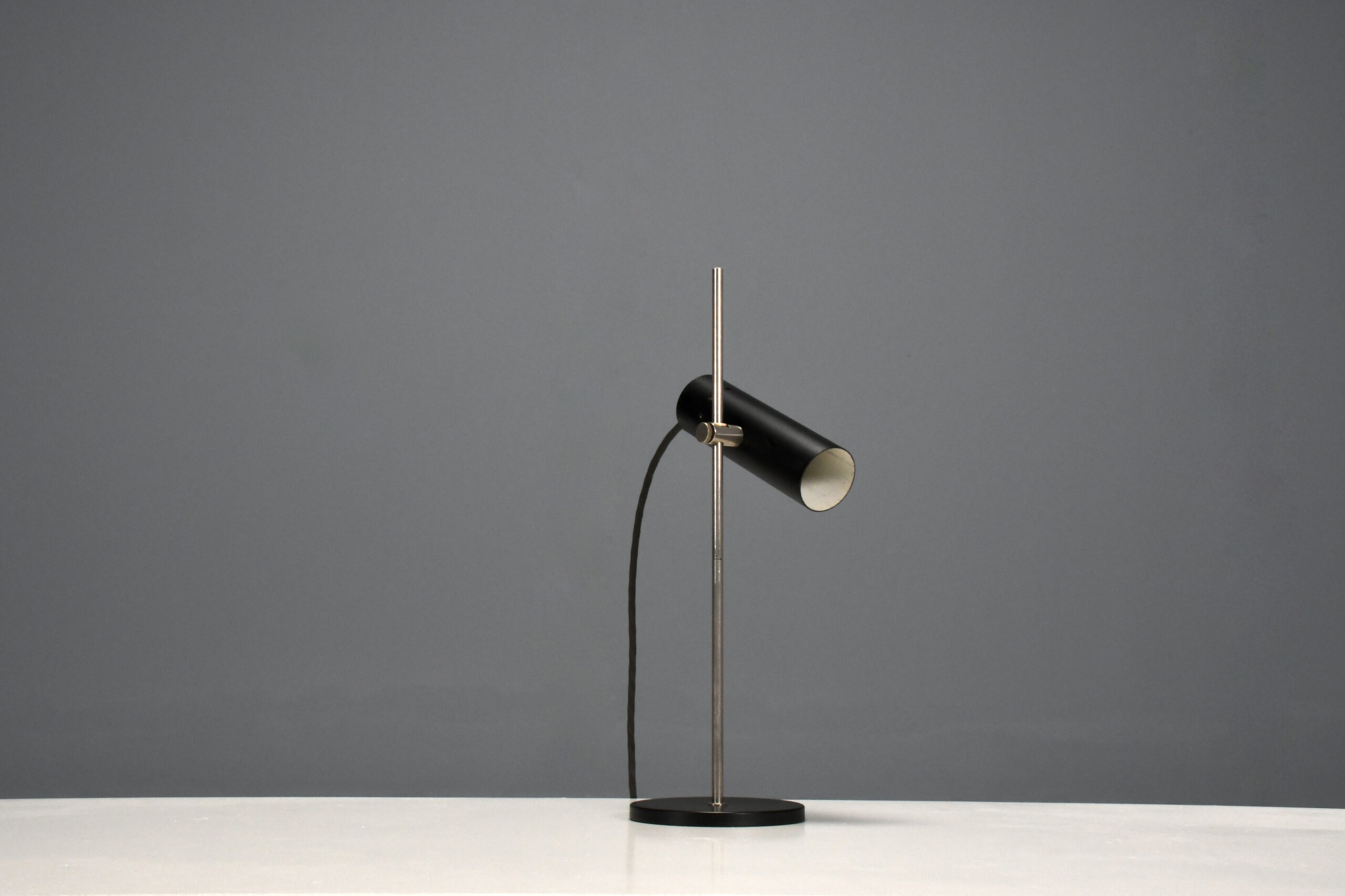 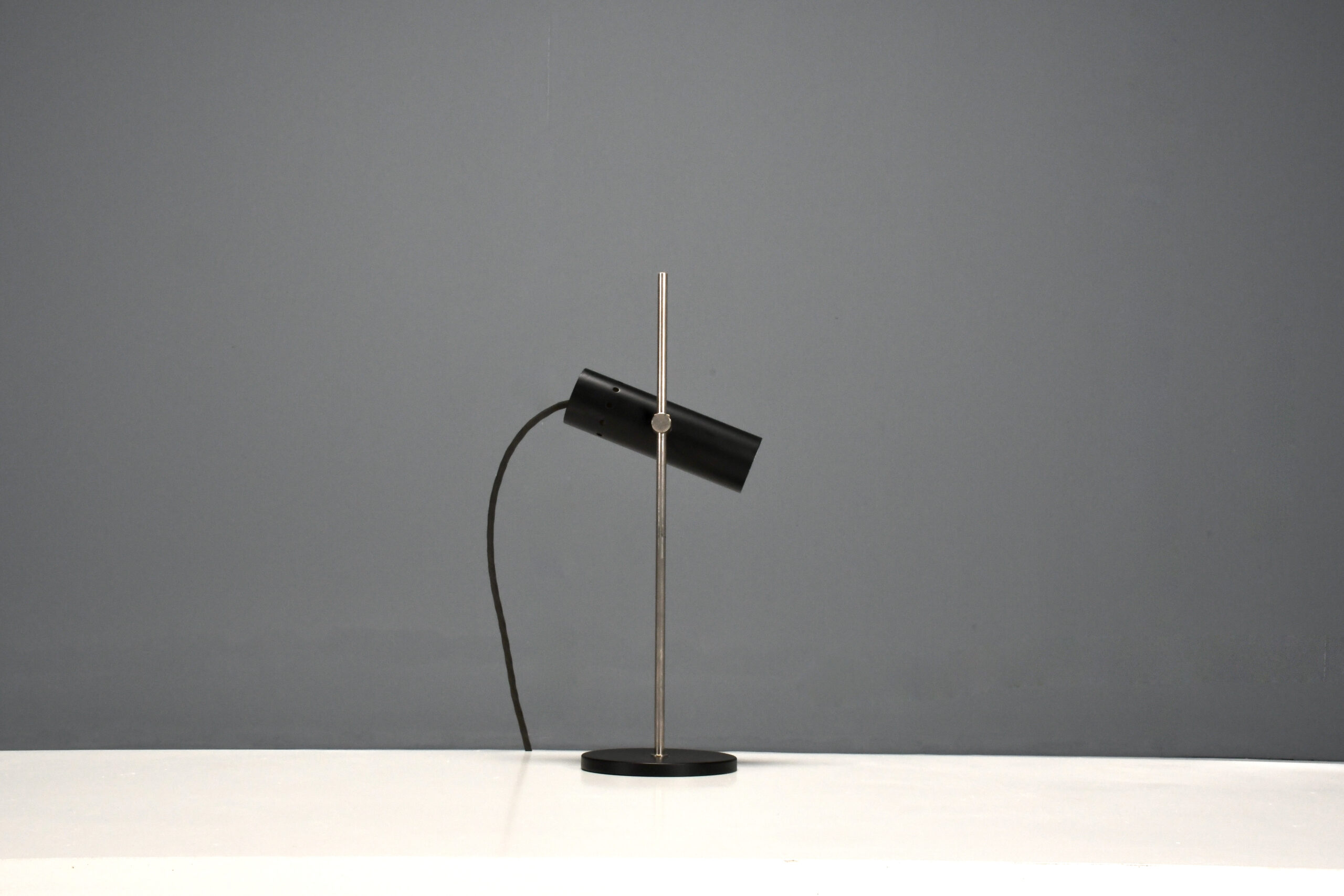 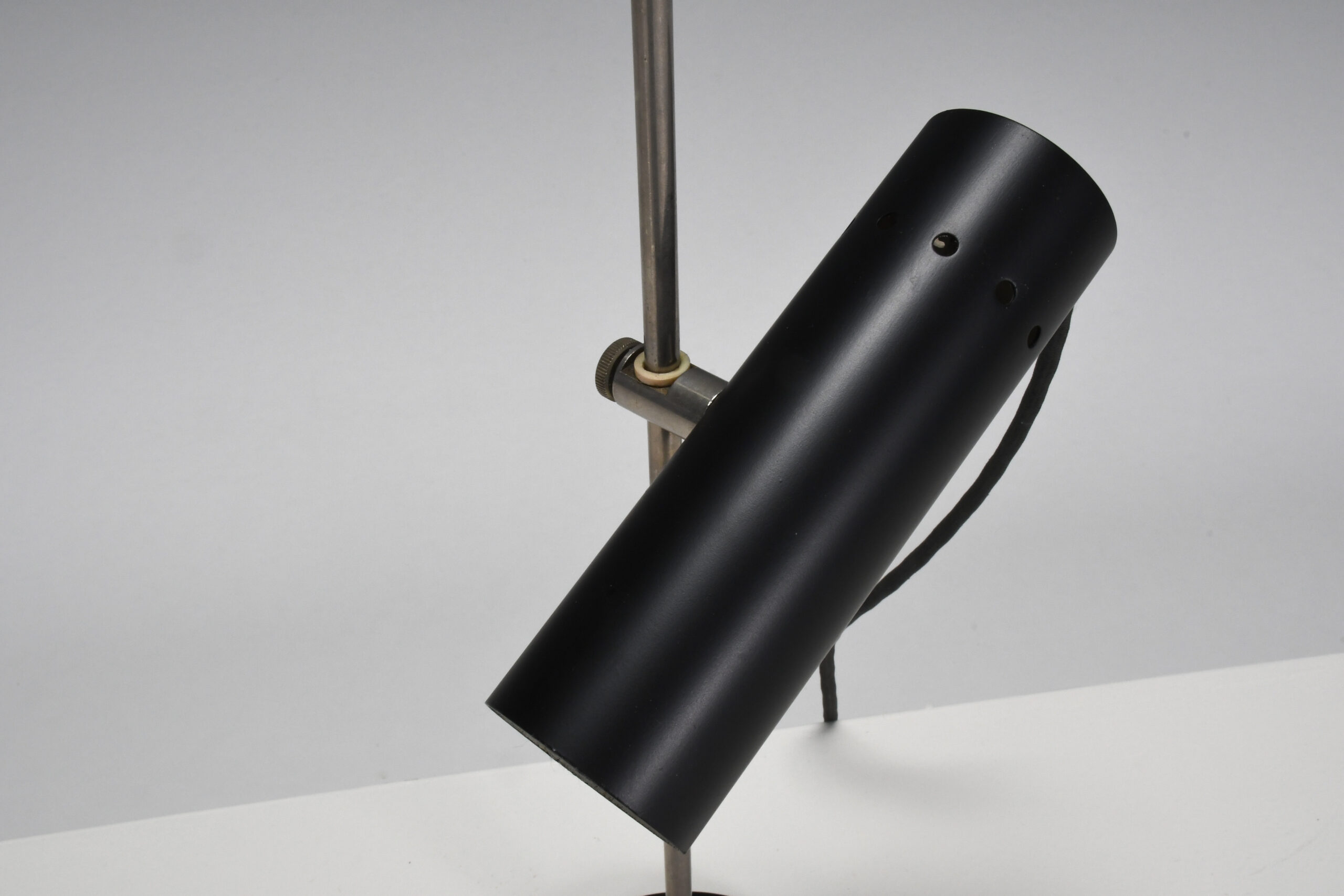 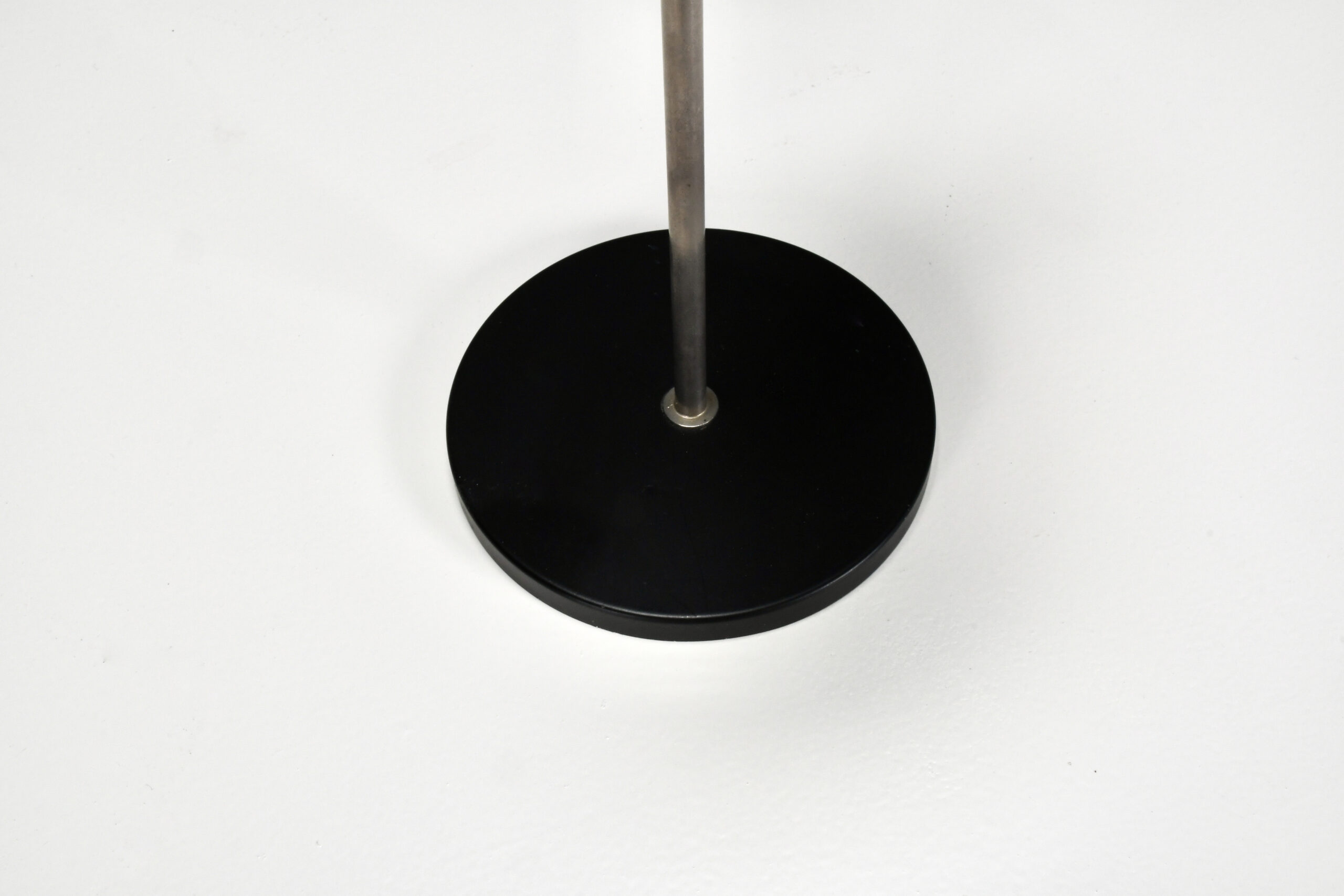 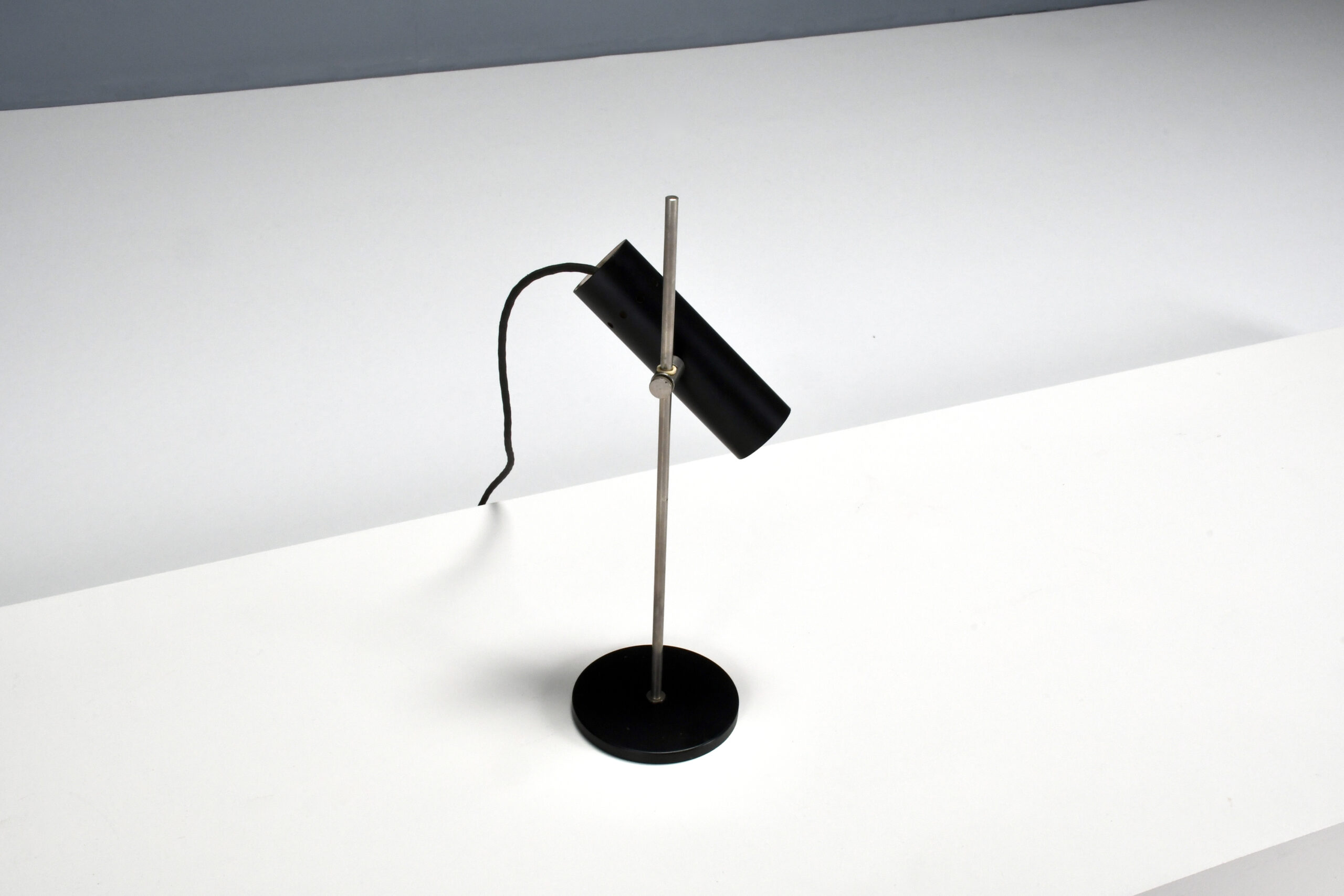 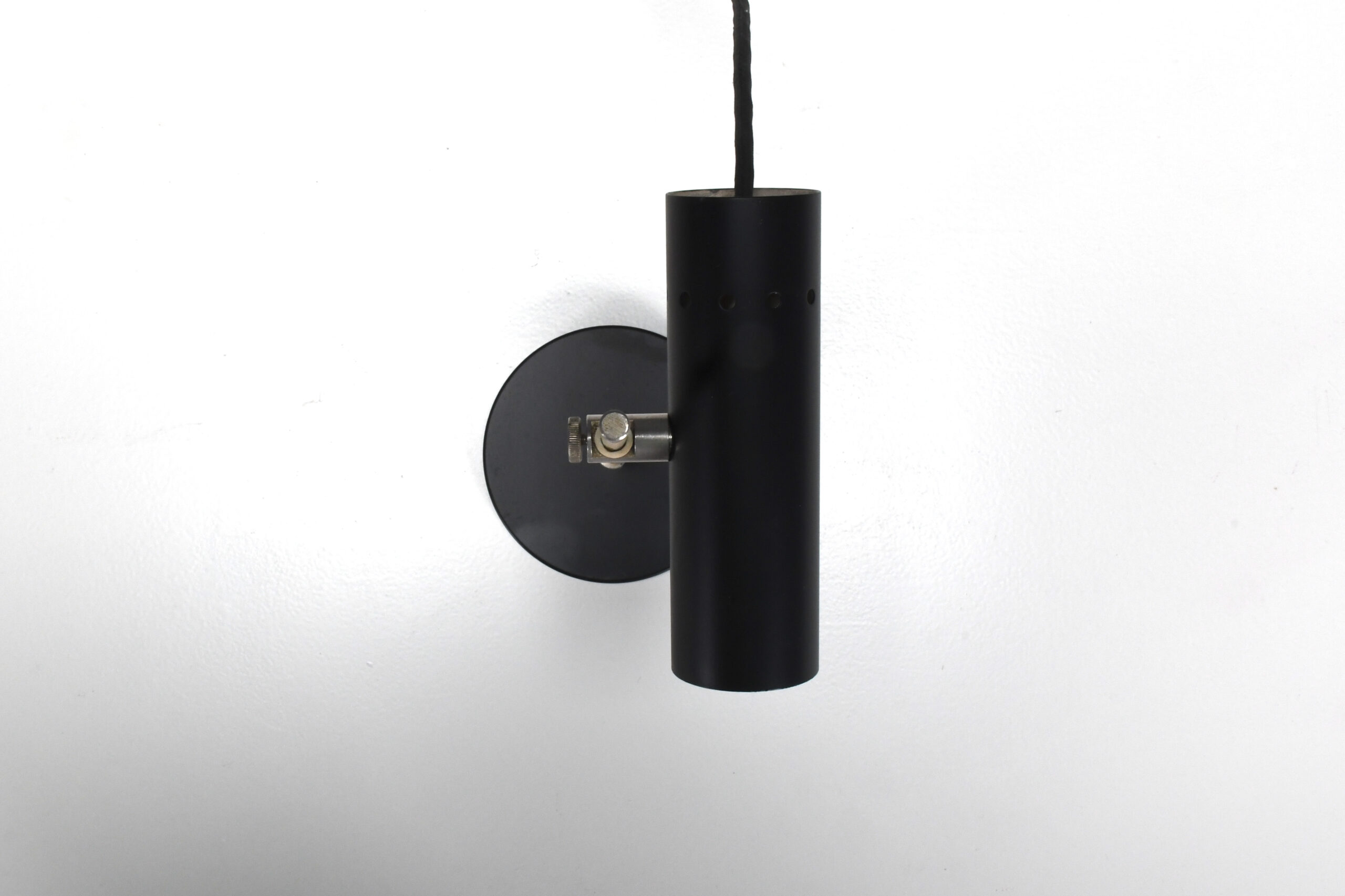 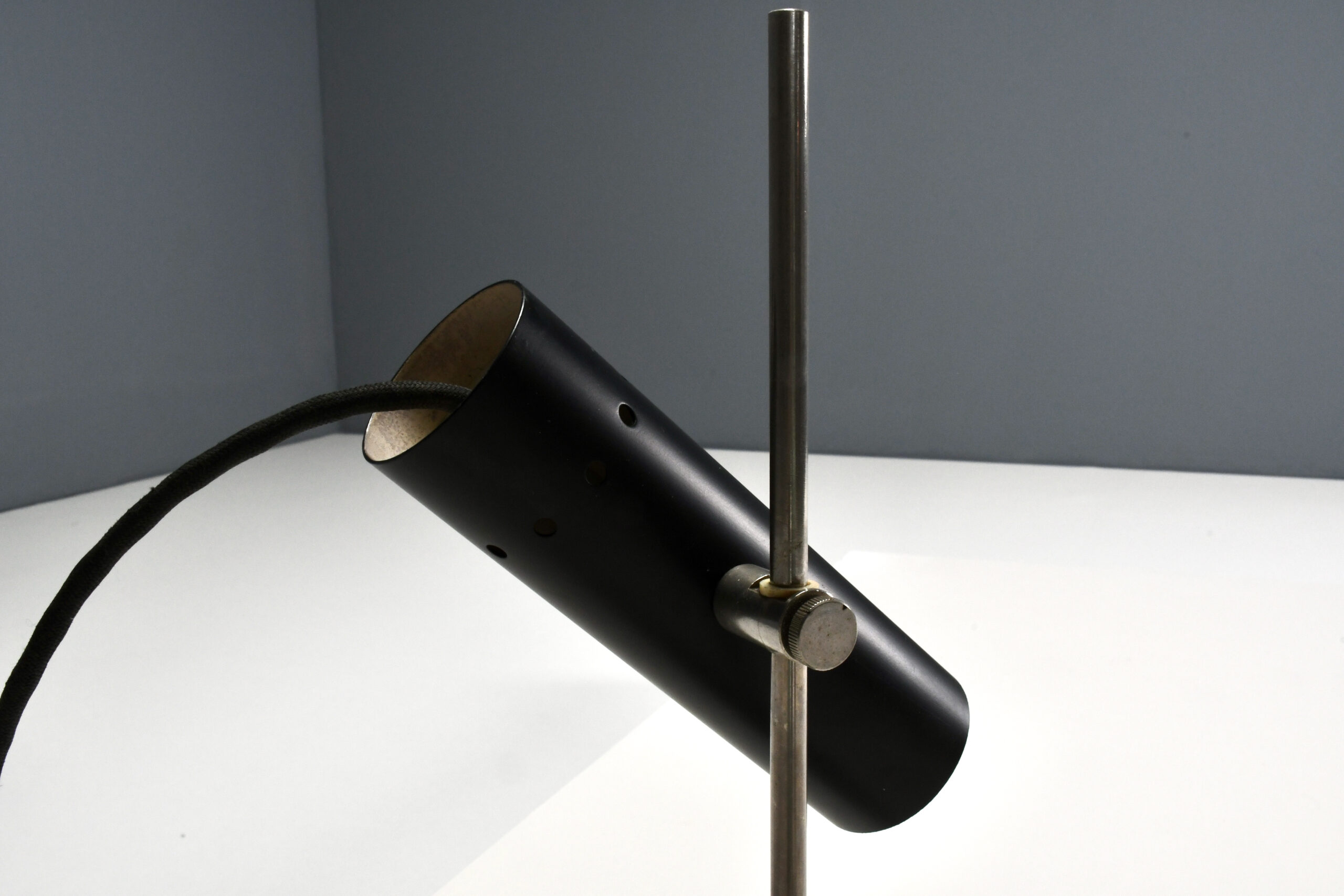 Designed by Alain Richard in the 1950s.

Manufactured by Disderot The lamp has a black lacquered metal base which holds a chromed stem.

Connected to the stem is a tube shaped structure that can be adjusted in height.

It also holds the socket for the bulb.

Born in 1926 in france and trained at the École nationale des Arts Décoratifs, Alain Richard played a major role in the french modern lighting development. Alain Richard become major of his promotion ahead of Pierre Guariche under the guidance of René Gabriel. Once he graduated, he joins his guide agency. But the untimely death of rené Gabriel pushed him to open his own agency in 1952. His artistic career proved to be a considerable success. Its furniture are issued by the greatest publisher such as the Atelier Disderot. He take part in several great projects such as ambassies interior design or trains design. to carry out those projects, he create the Alain Richard SA agency in 1972. Its drawing is characterized by an unprecedented elegance and a, irreproachable rigor. He owns several rewards such as the Grand Prix de la Triennale de Milan in 1954, the 1958 Grand Prix de l'exposition universelle or the René-Gabriel price in 1964.