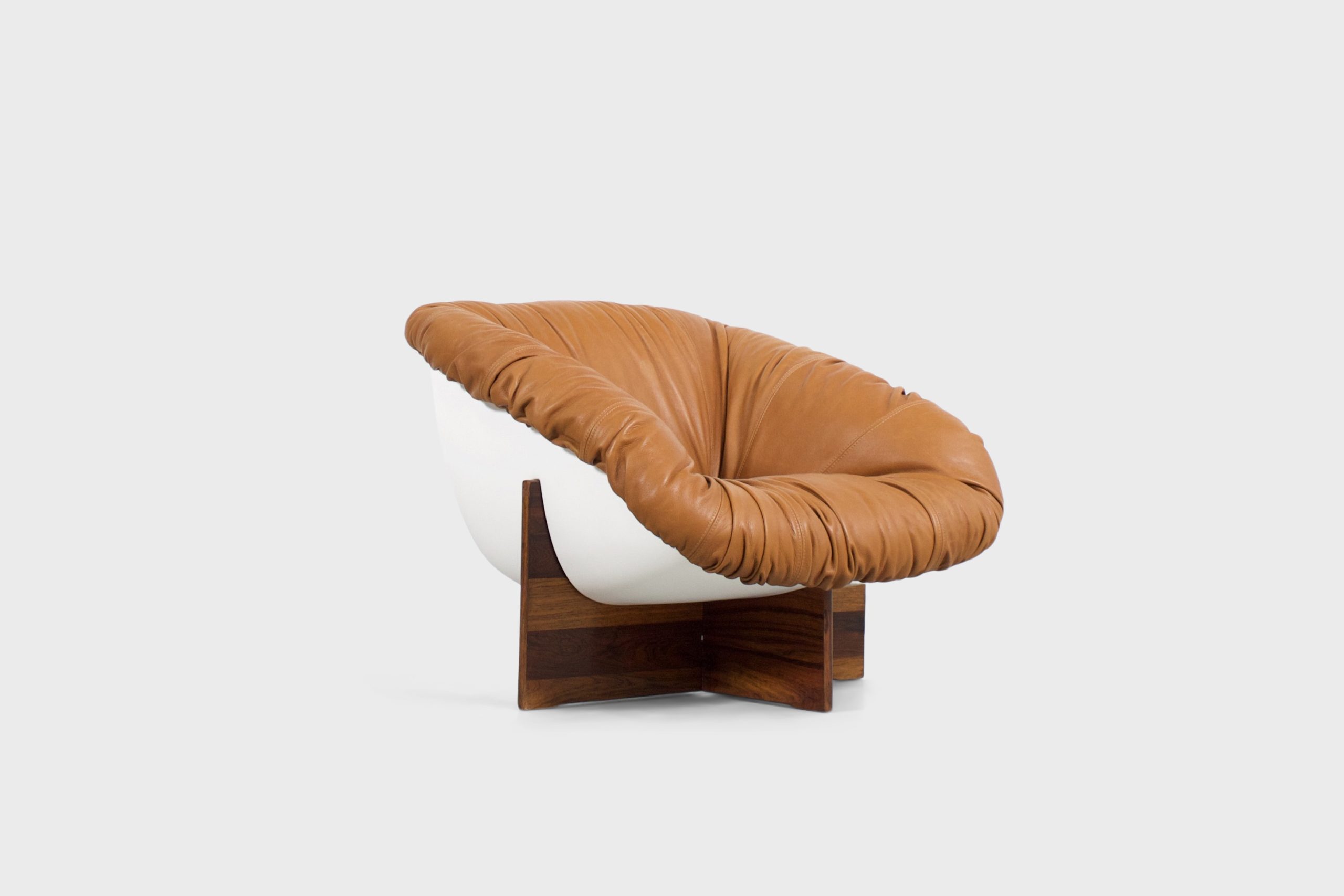 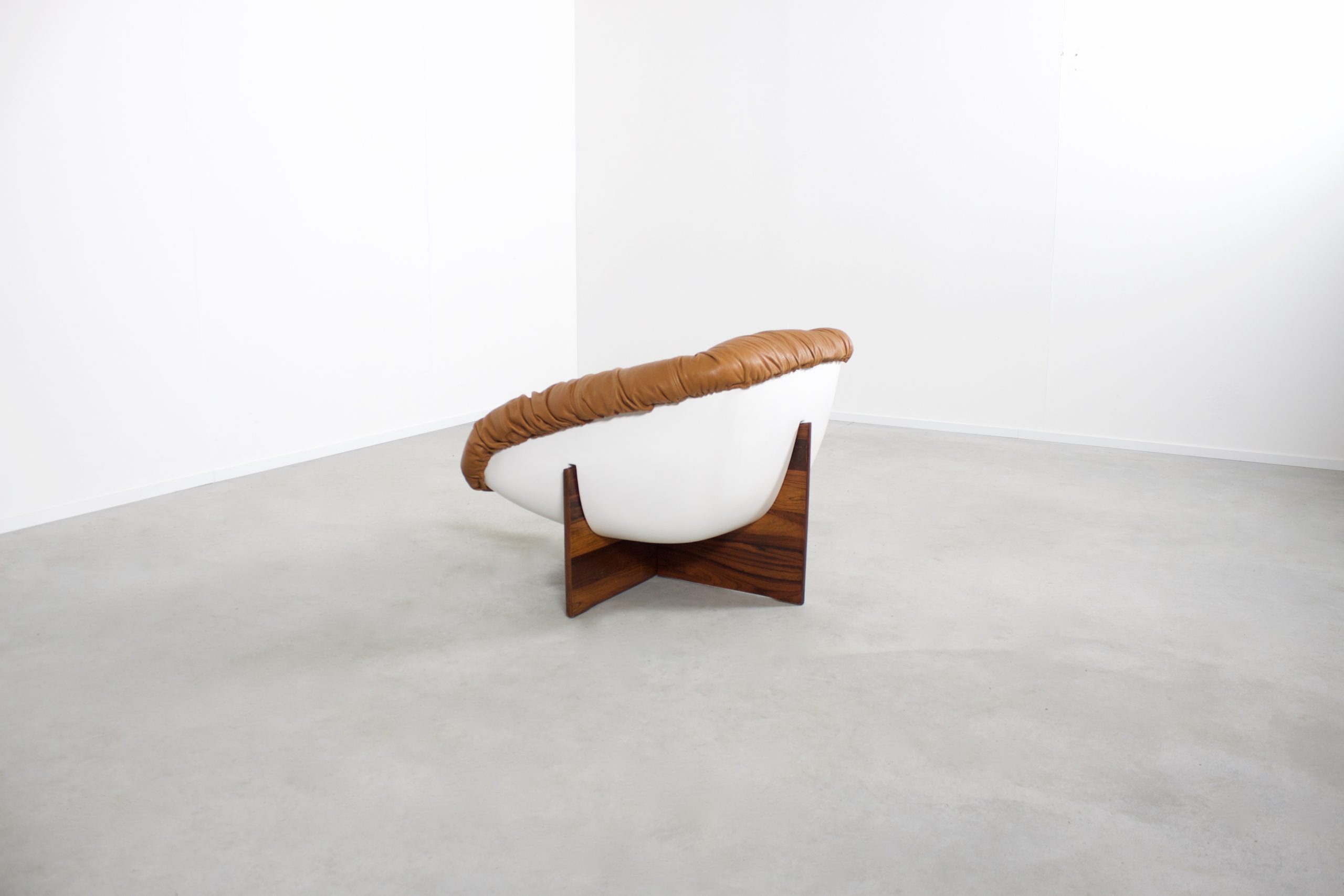 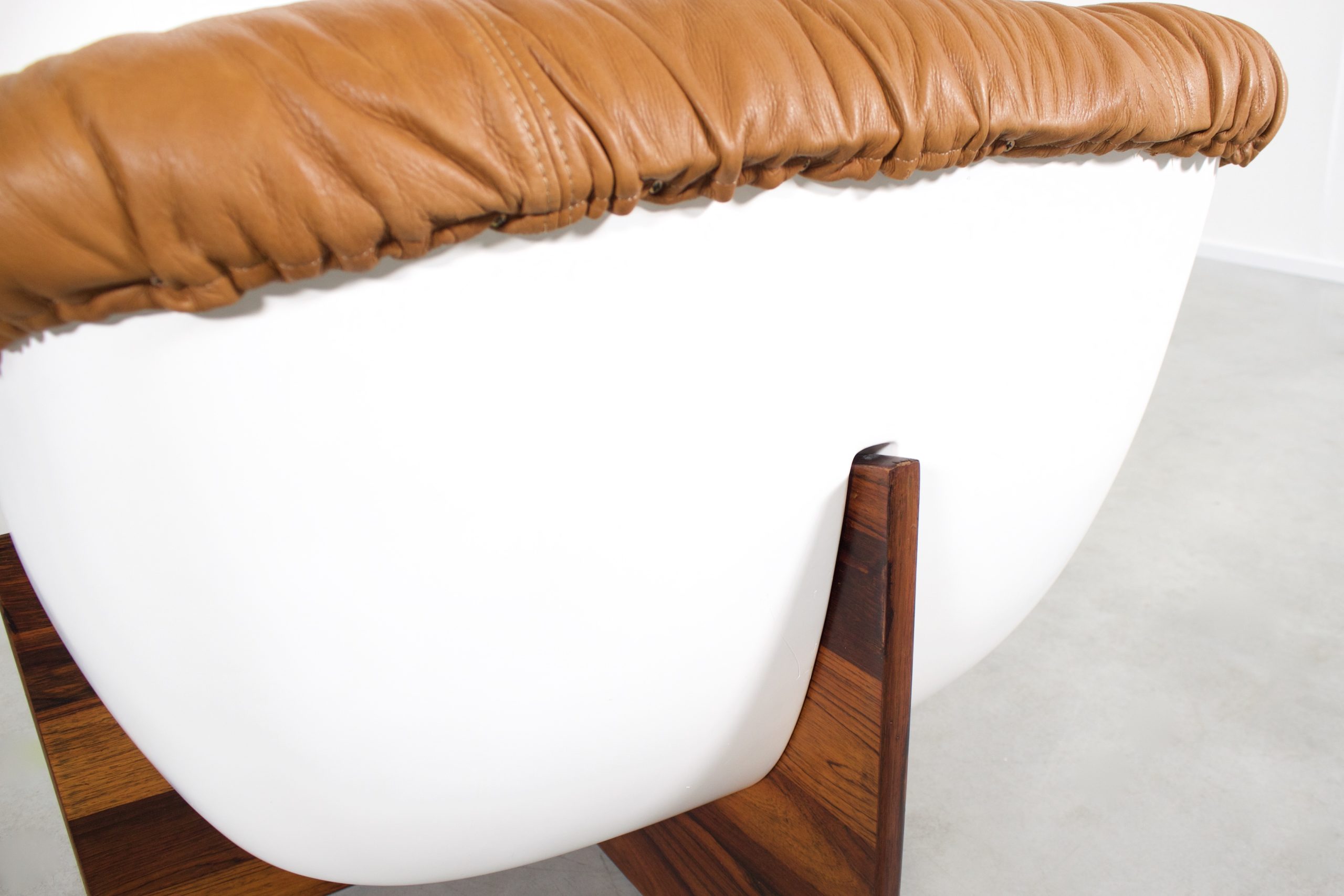 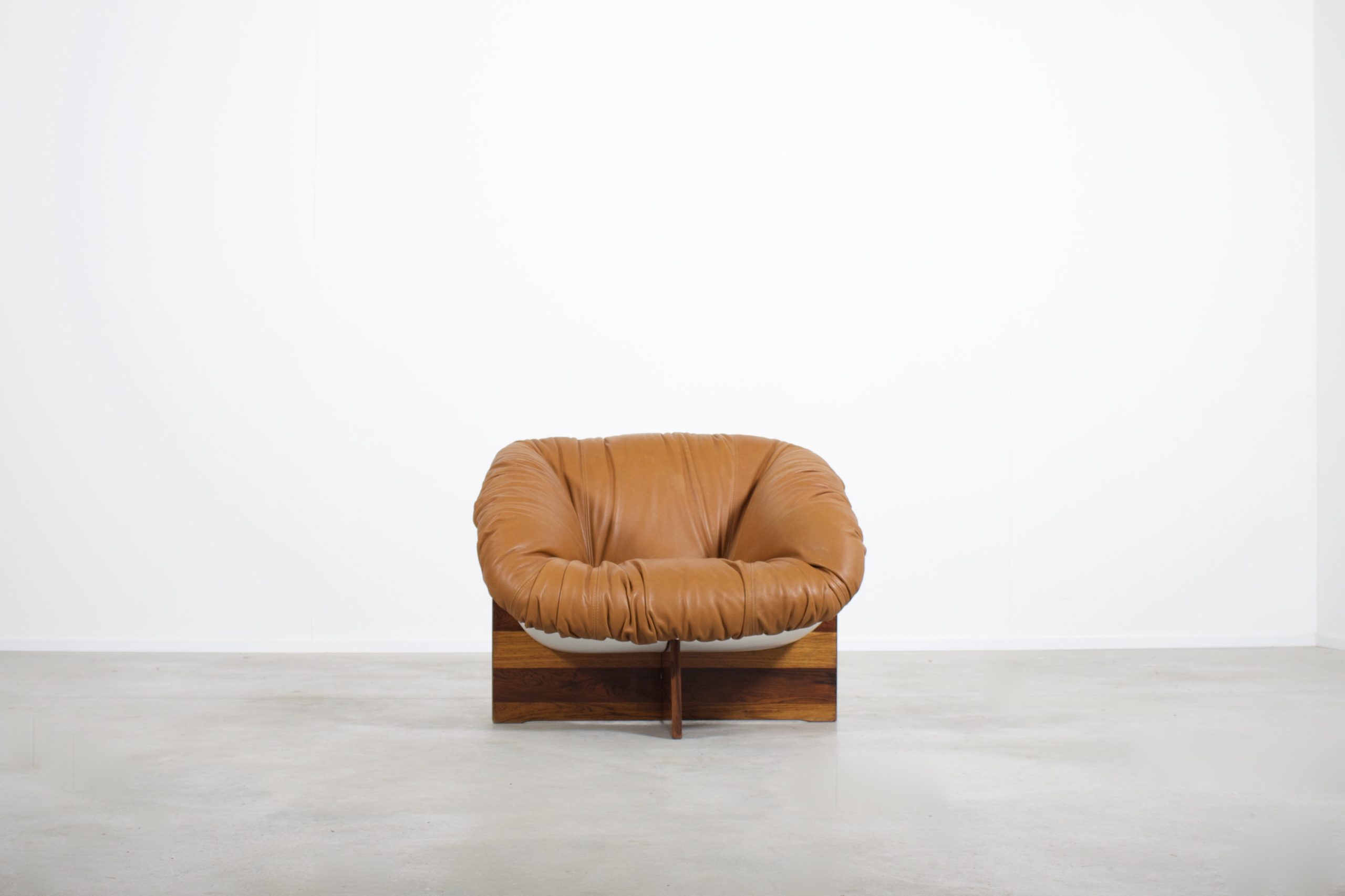 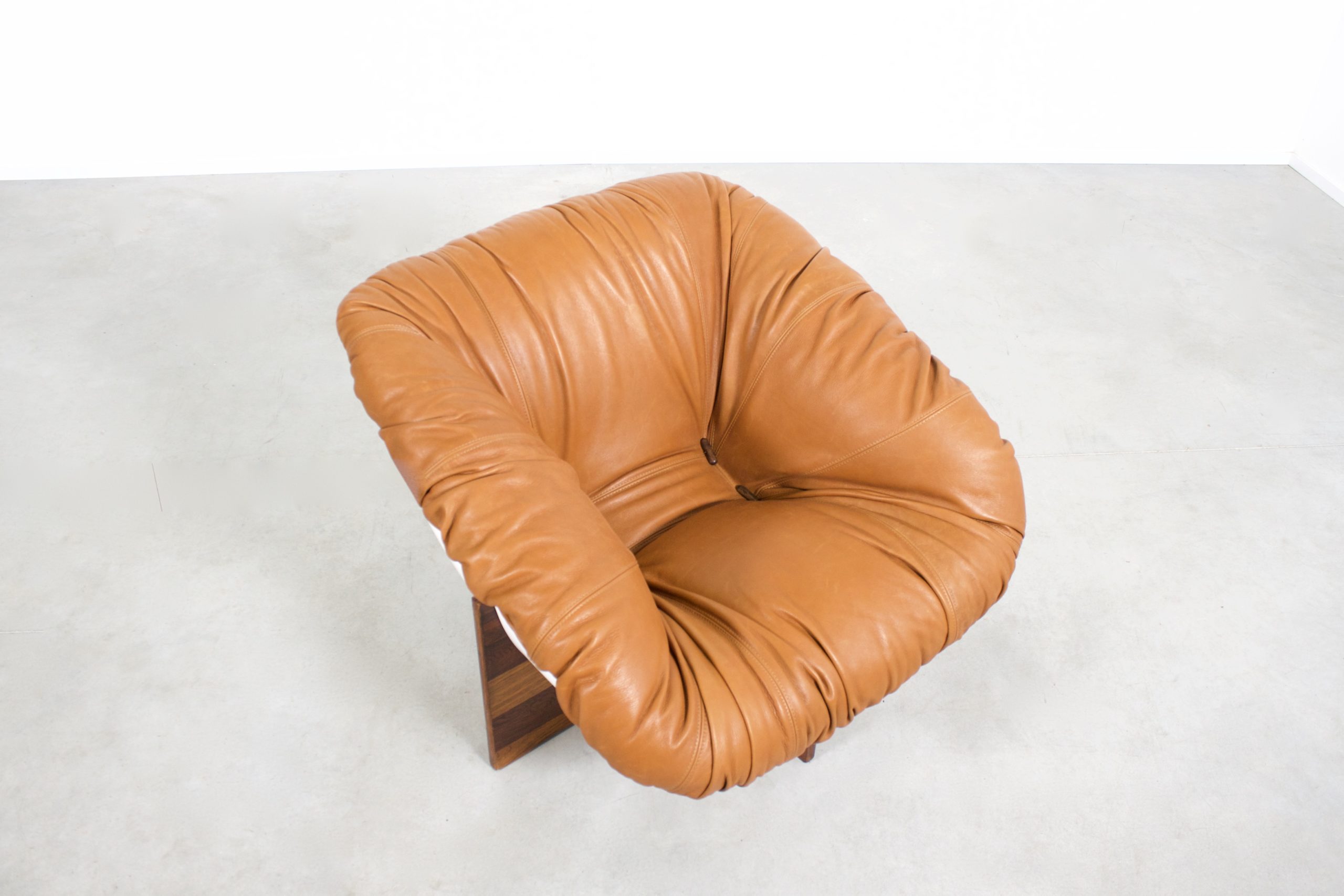 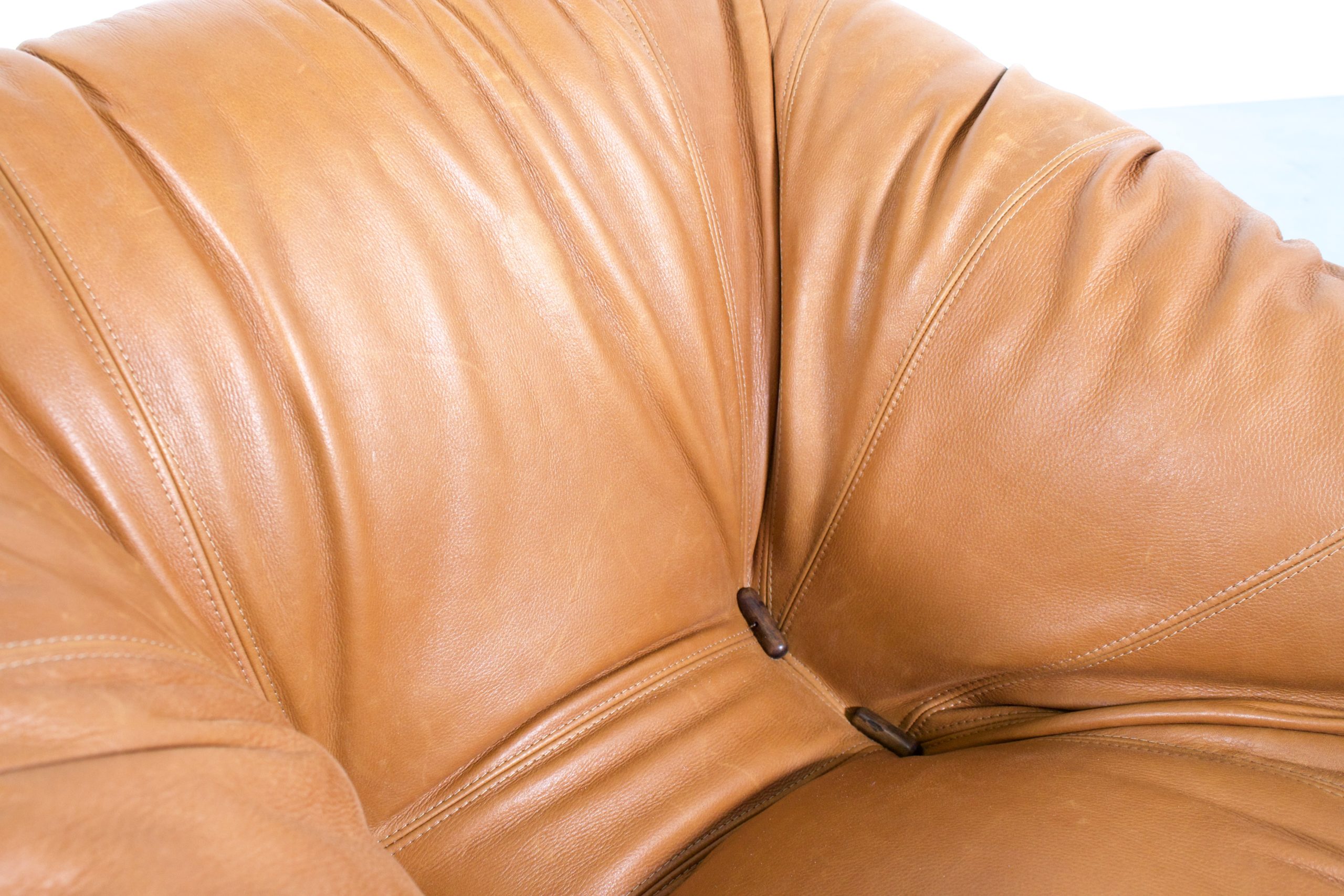 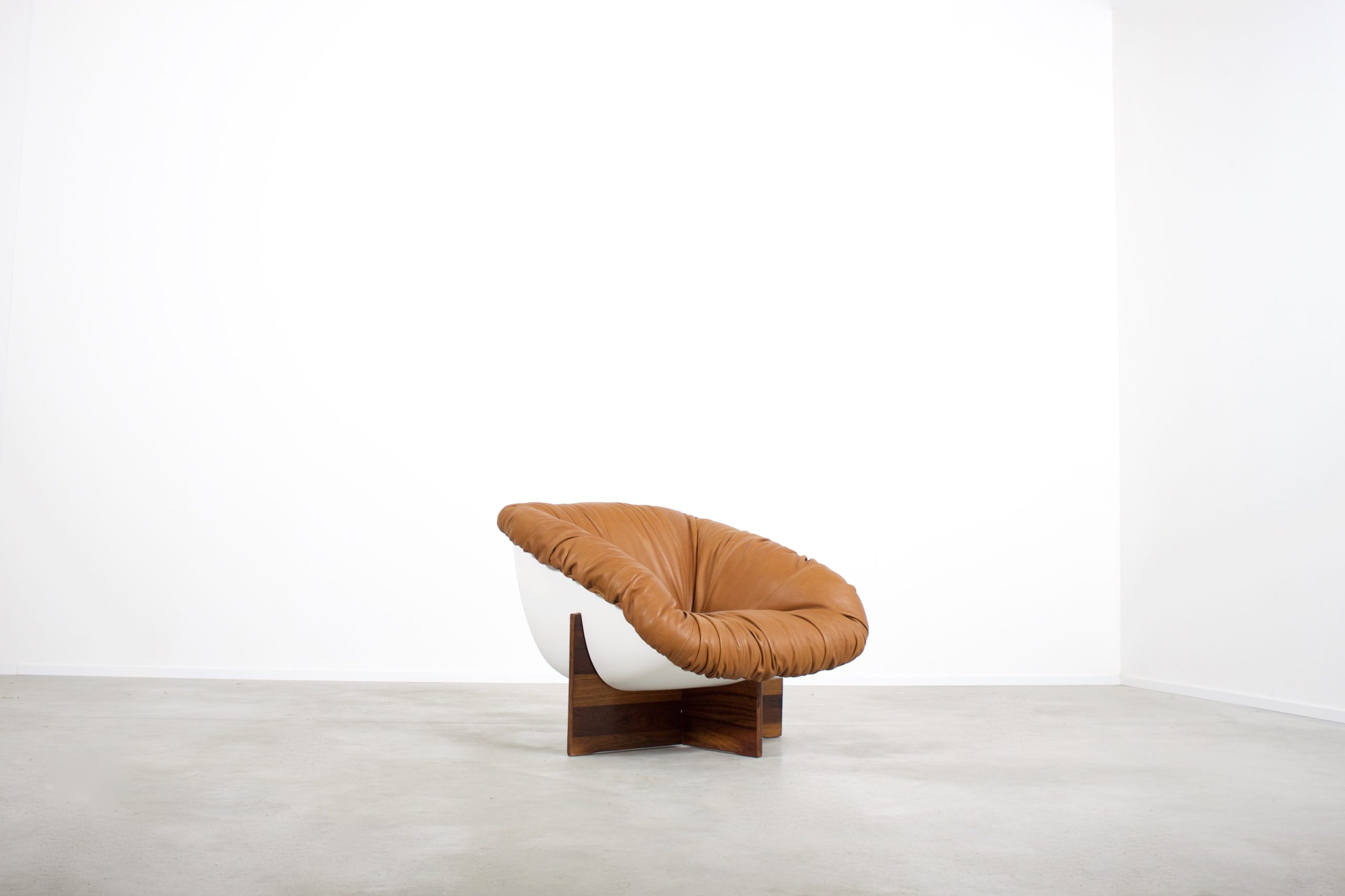 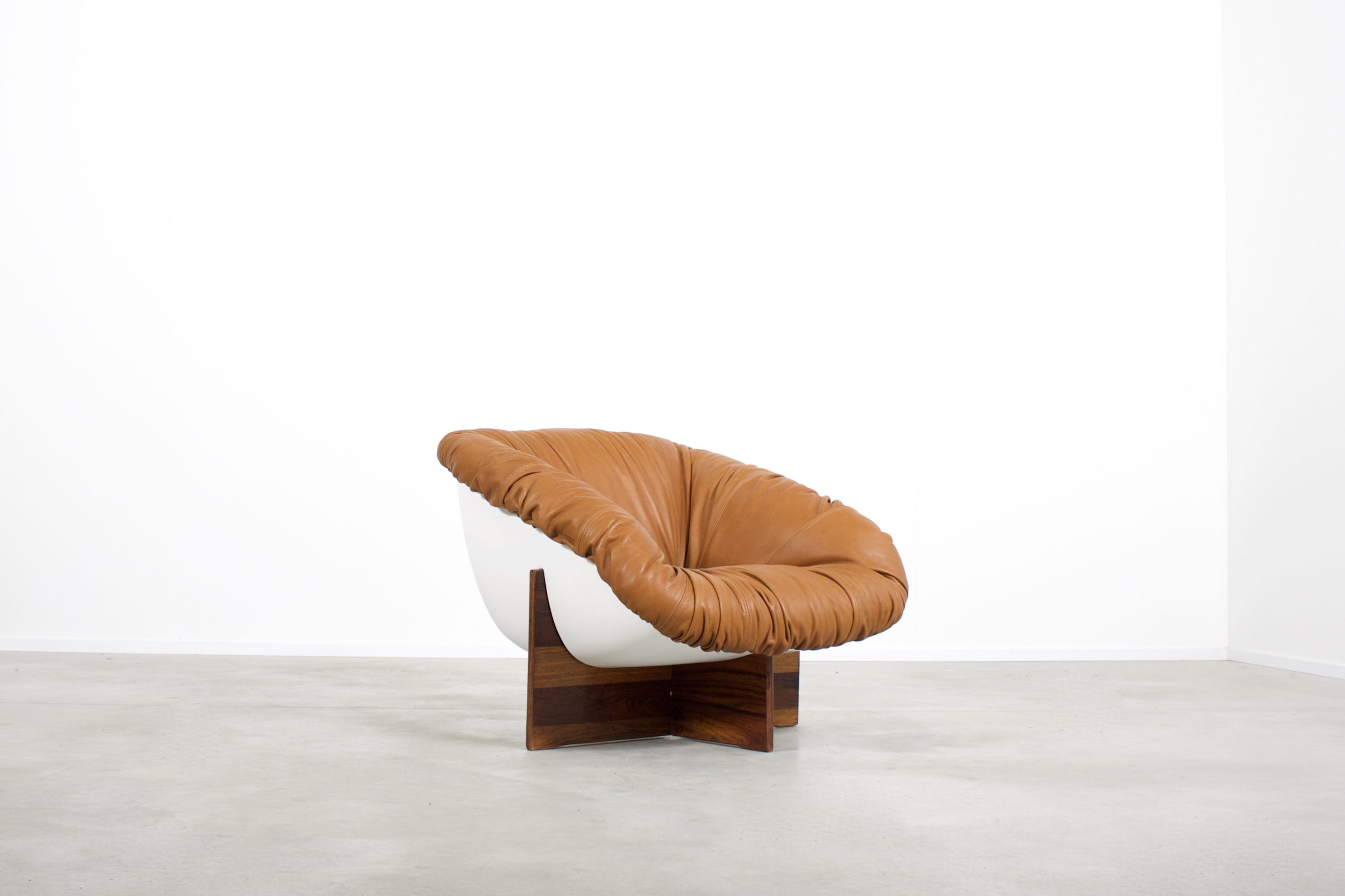 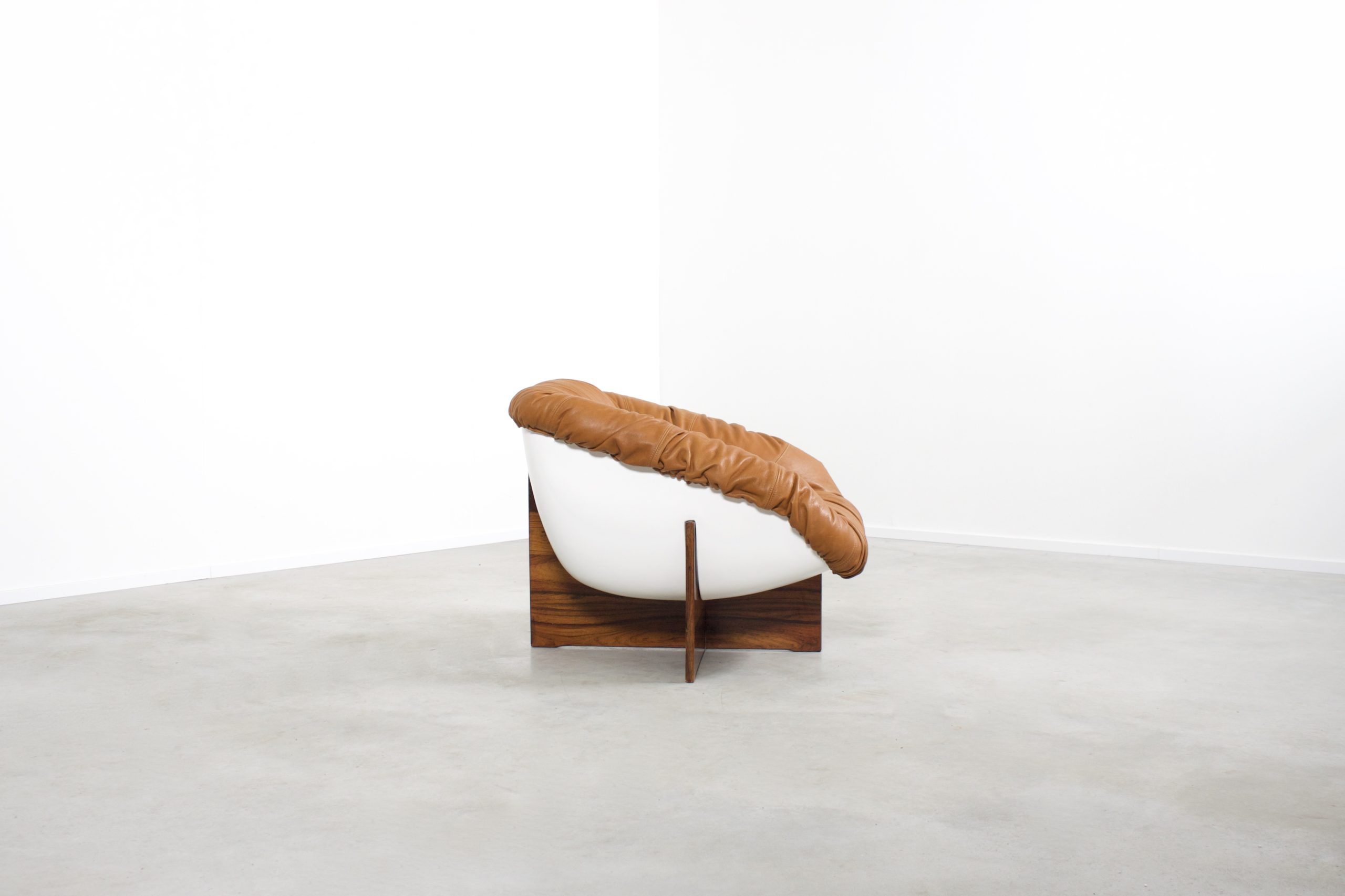 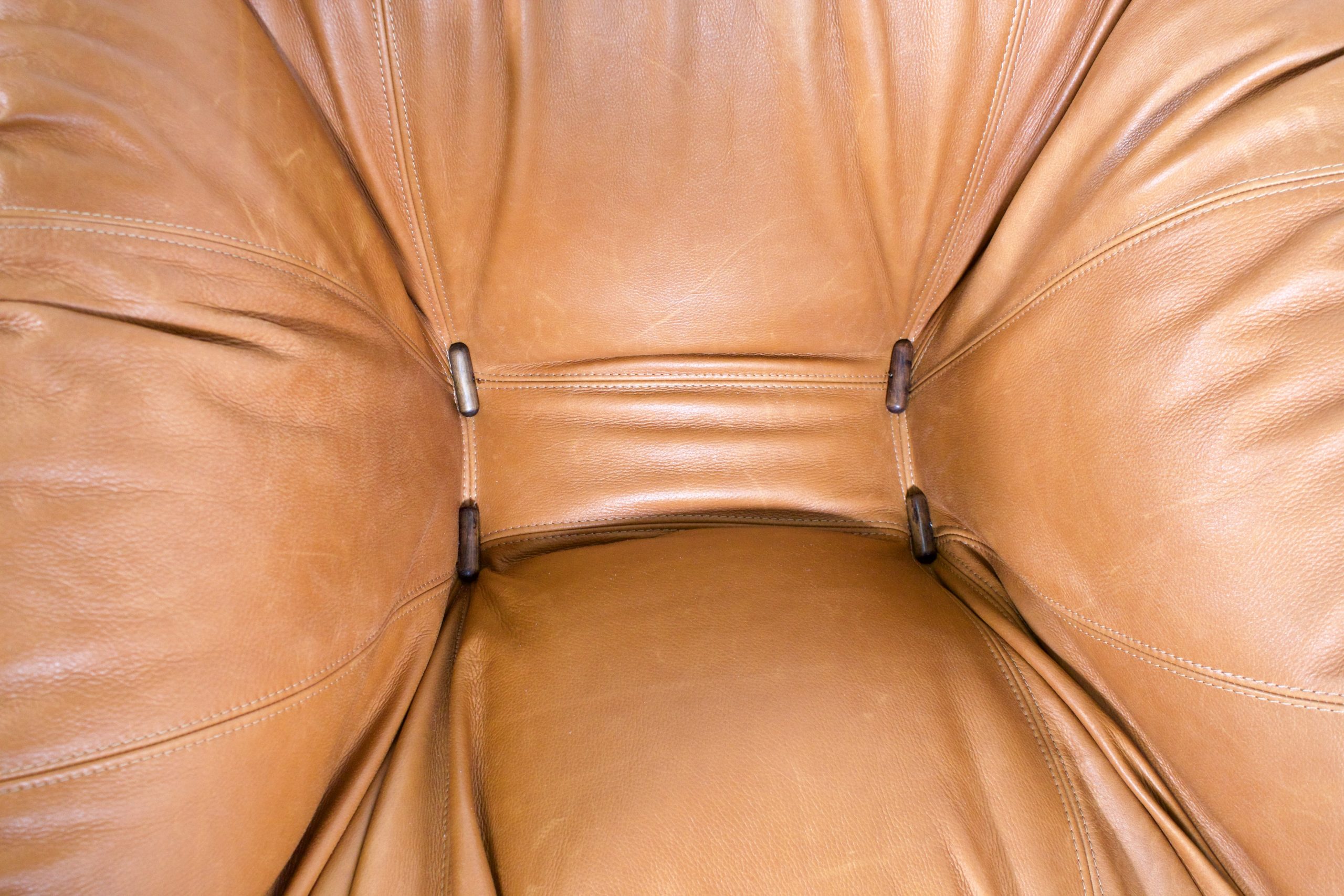 Rare MP-61 chair in very good condition.
Designed by Percival Lafer in the 1970s
This chair has a fiberglass shell which is lacquered white, it is upholstered in a natural brown leather.

Rare MP-61 chair in very good condition.
Designed by Percival Lafer in the 1970s
This chair has a fiberglass shell which is lacquered white, it is upholstered in a natural brown leather.
The shell is resting on a rosewood cross base.
The chair is reupholstered with new thick aniline leather.

Percival Lafer is one of the most prolific Brazilian furniture designers starting in the early 1960s to the mid-1980s. Born in 1936, he graduated with a degree in Architecture from Universidade Mackenzie in São Paulo. Ironically, Lafer never intended to be a furniture designer. Upon graduating college he had to assume responsibility, along with his brothers, for his late father's furniture company, Lafer. Although his passion was architecture, he transitioned into furniture design to ensure steady designs for the company.

He began designing furniture in 1961. His vision was to "bring good design to everyone, not just the intellectual elite" with modern, well-made pieces that were mass-produced. "Percival’s furniture not only captured the modern aesthetic of the moment, but was exquisitely crafted using gorgeous, solid hardwoods that were novel to U.S. consumers." With burnished leather upholstery and meticulous finishing details, Lafer’s pieces were also sold in Western Europe and Scandinavia.

Percival Lafer's work is marked by boldness and originality. For him, each project should combine superior craftsmanship with innovative ideas. Despite all of his successes, he doesn’t necessarily consider himself a furniture designer: "I love to make physical objects, and I’m constantly thinking about all the ways I can improve them."