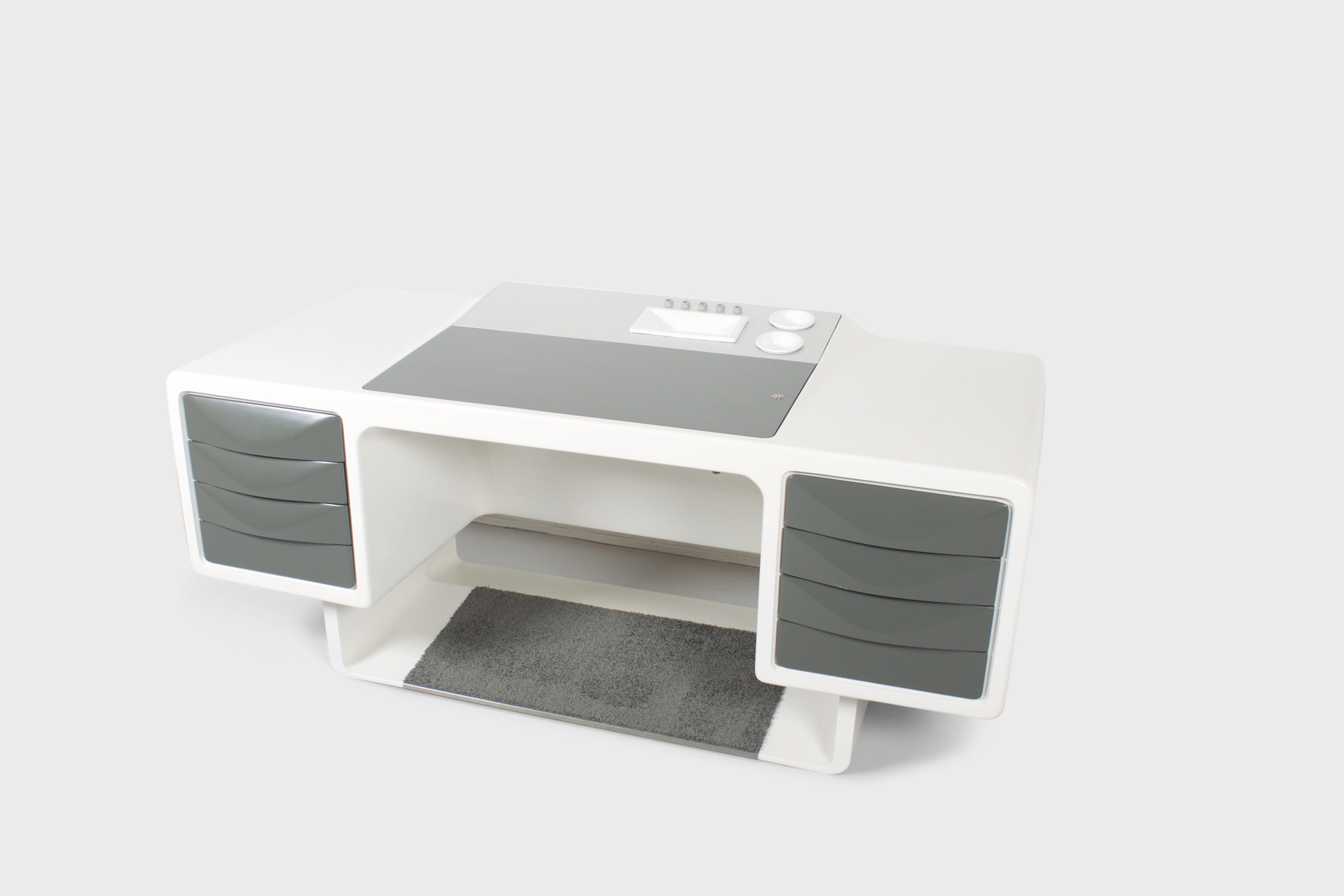 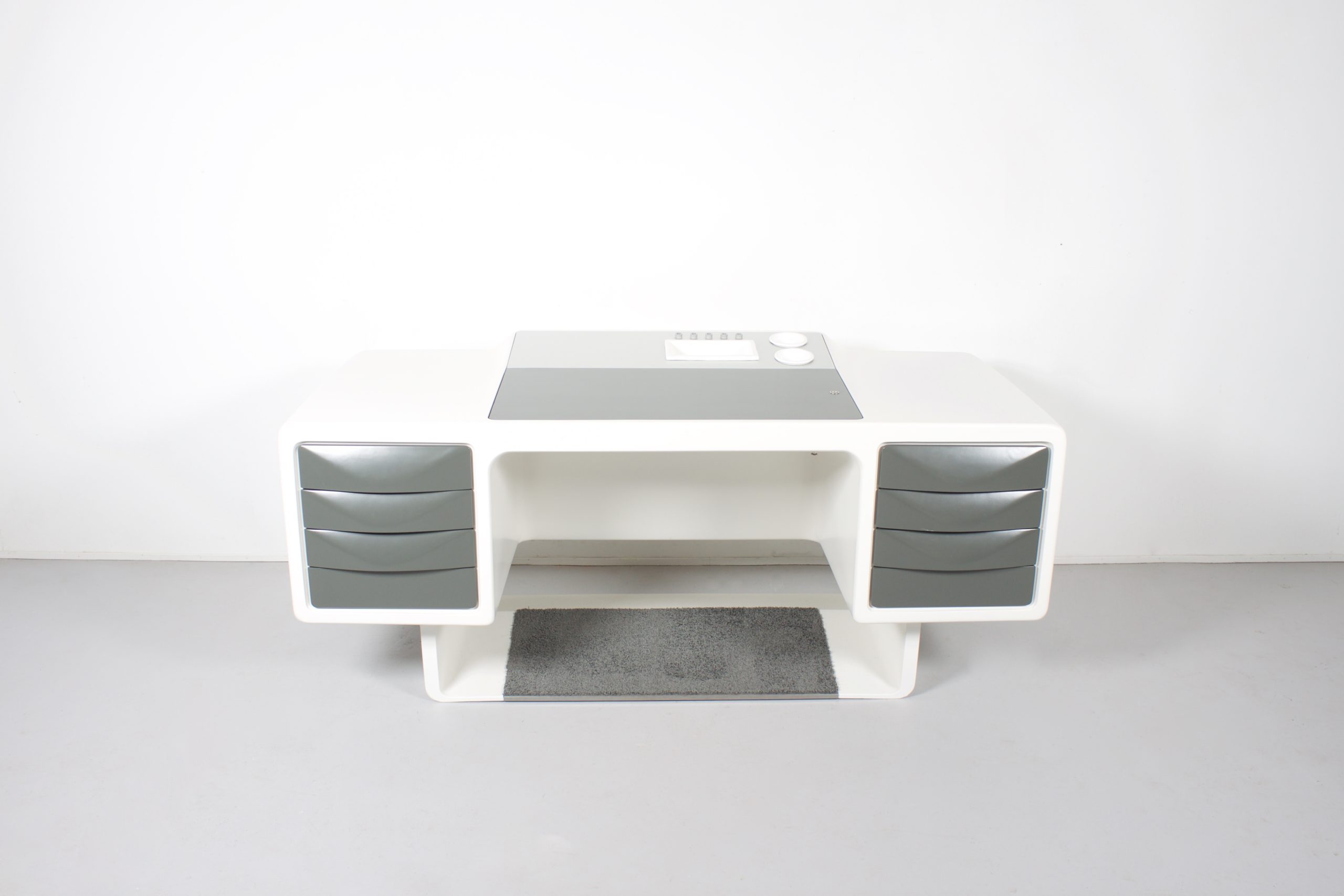 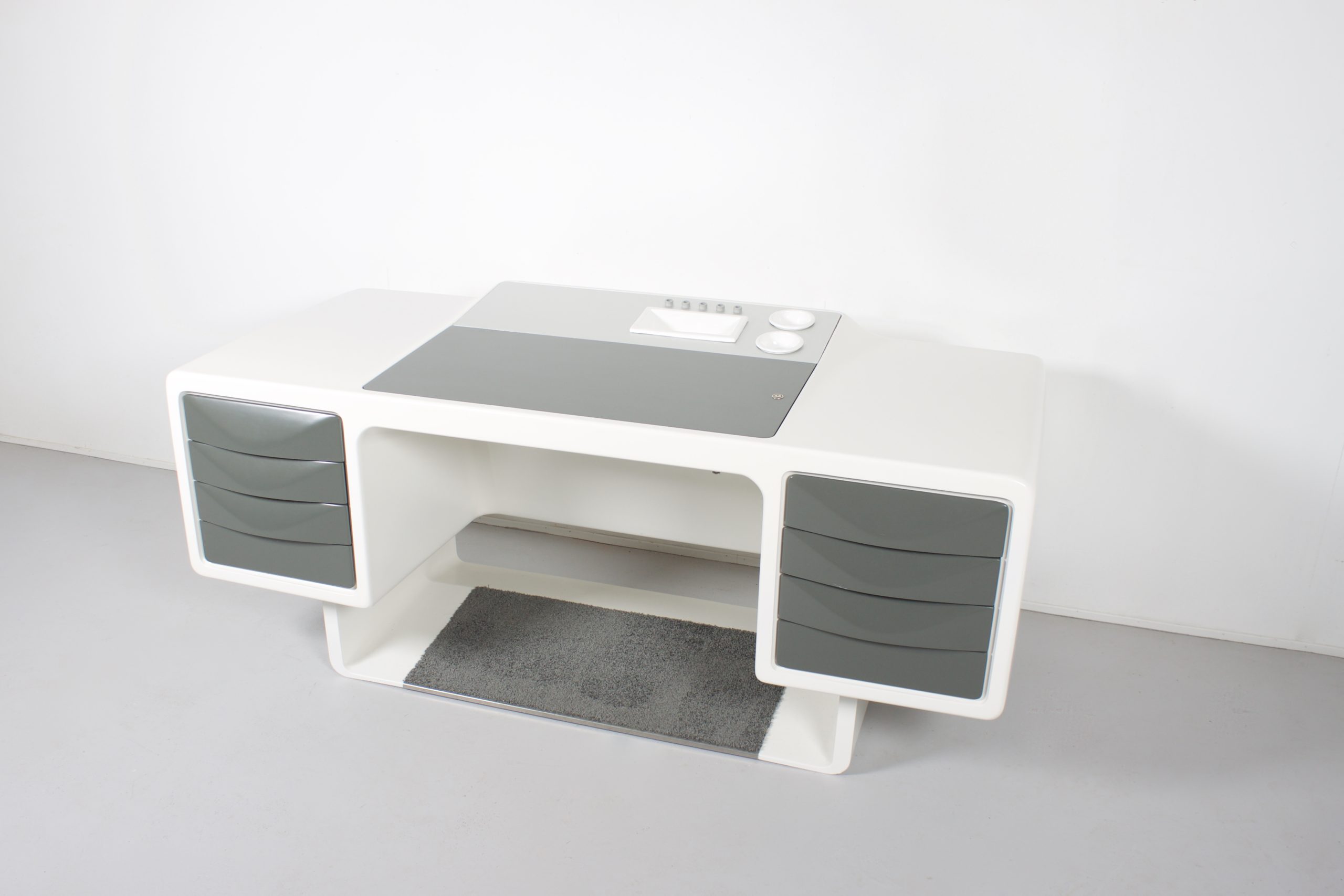 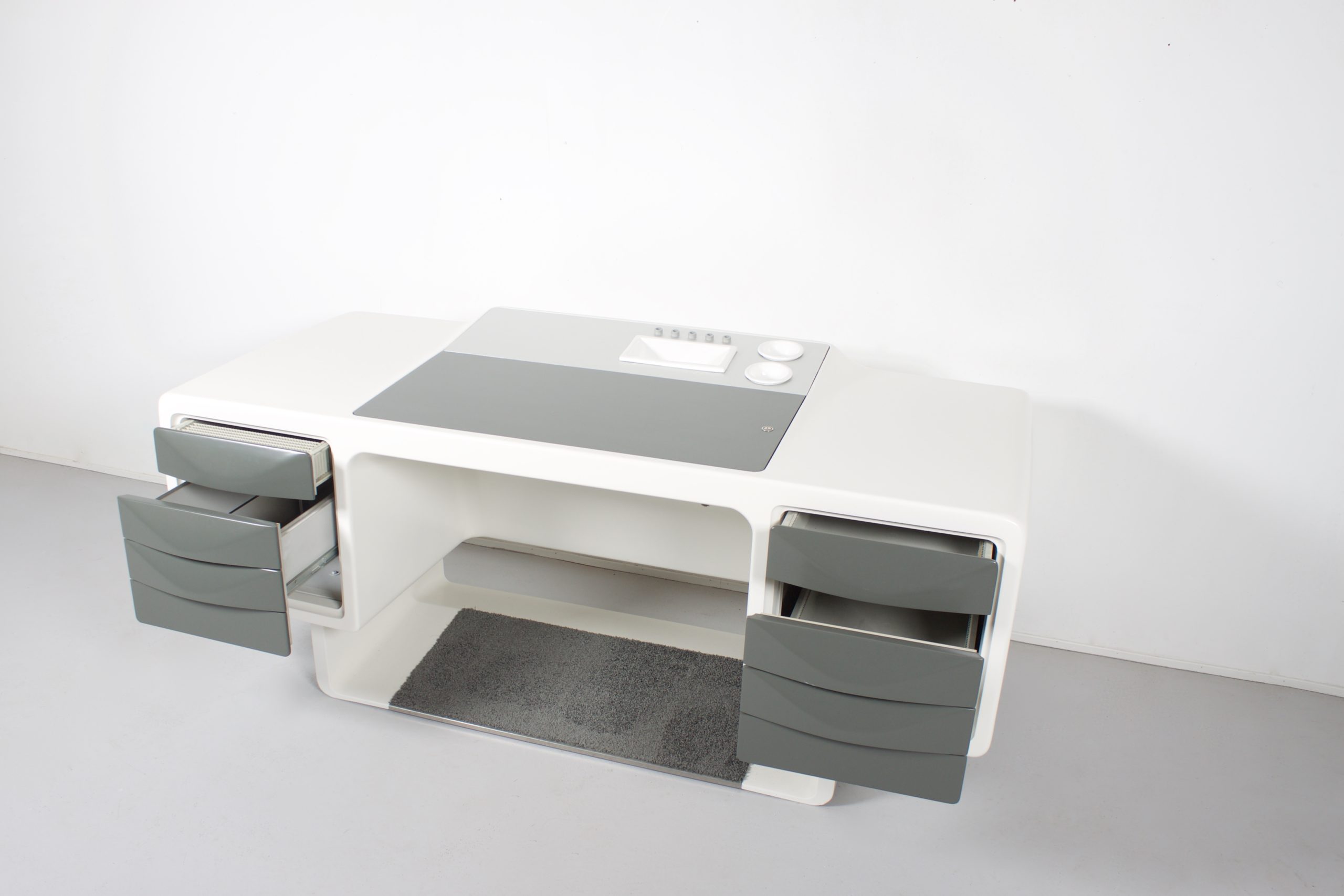 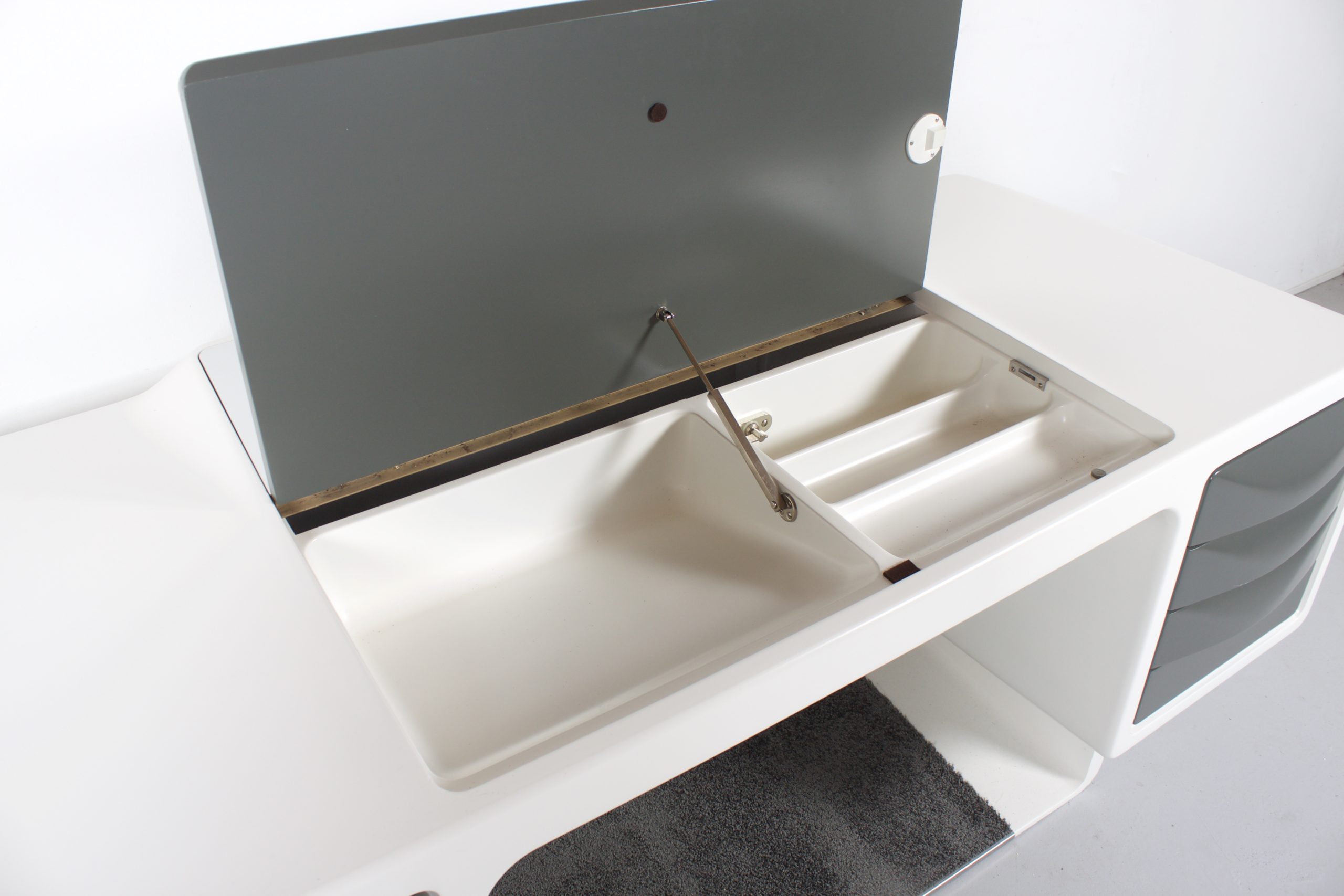 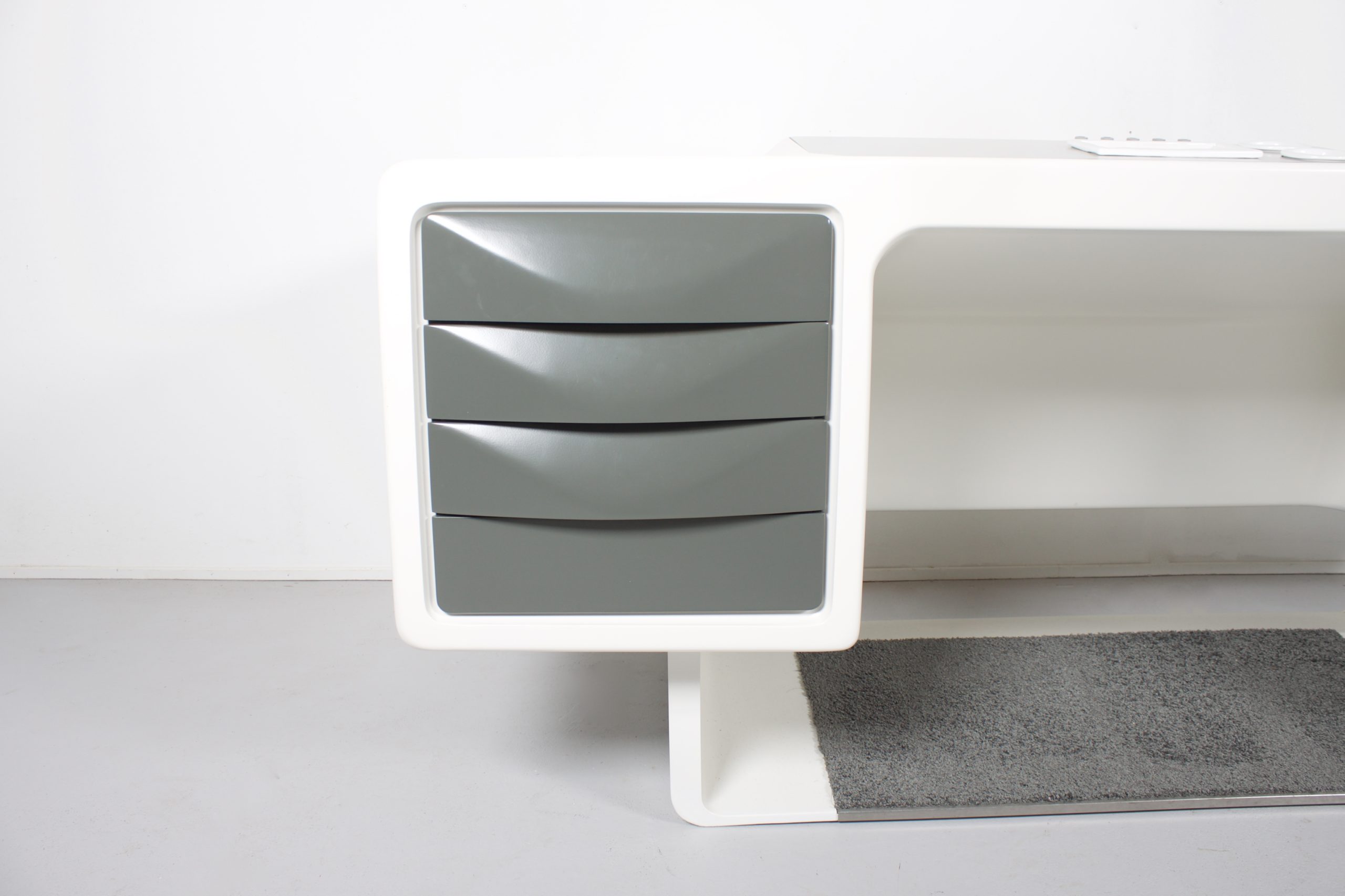 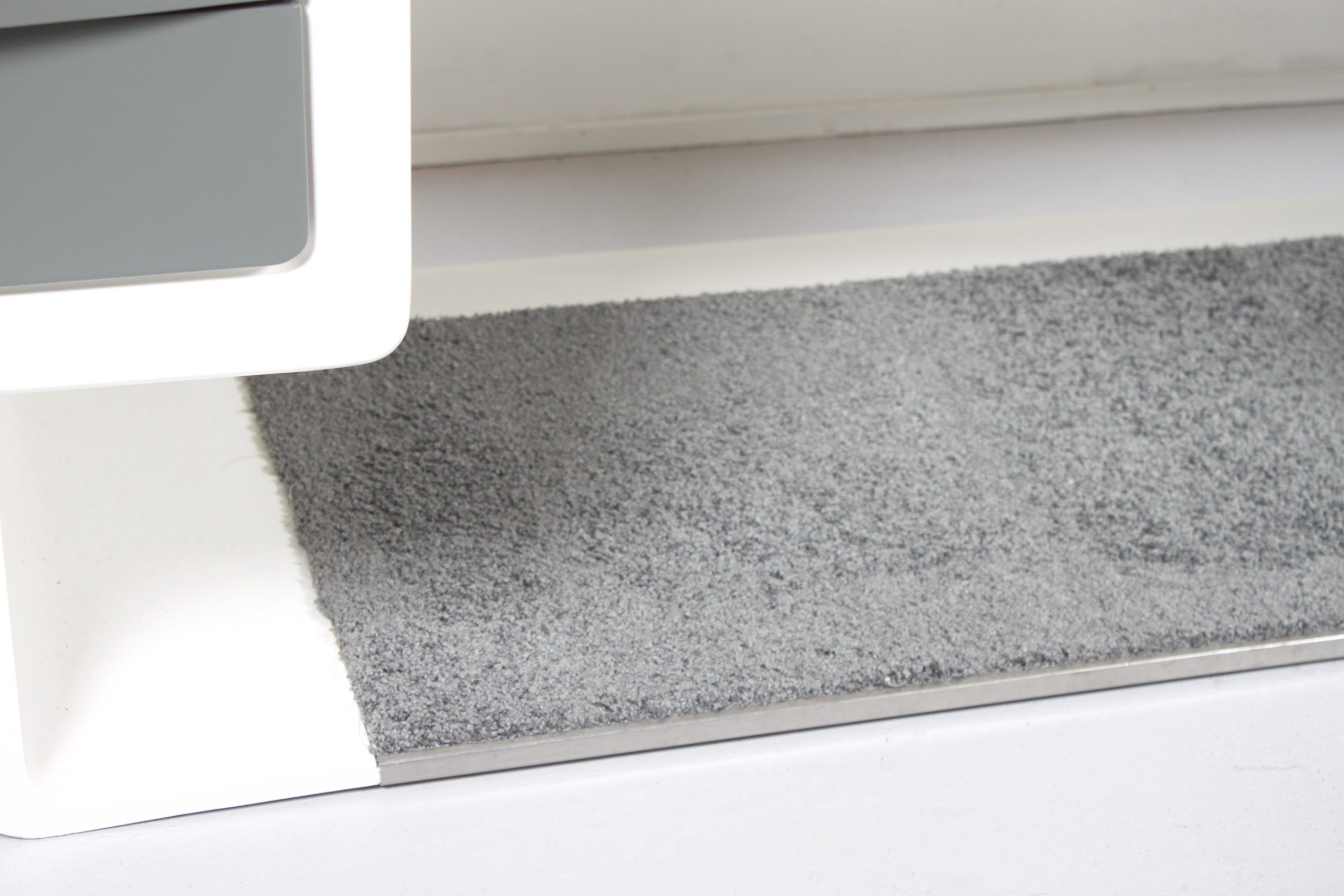 Beautiful Space Age directors desk by Ernest Igl for Wilhelm Werndl Completely restored, in very good condition. Body made of molded fiberglass, lacquered white. Carved wood drawers and writing surface in anthracite. Aluminum panel with ceramic inset trays and pen holders. The lockable writing surface can be opened and reveals a large storage compartment. On the inside of the compartment there is switch witch locks the drawers. Czech modern designer Ernest Igl was born in 1920 in Prague. After graduating from the Munich Academy of Visual Arts, he founded the IGL Studio in Munich. After World War II, he worked as a graphic designer, illustrator, and industrial designer. While information on Igl is limited, his 1970 Jet Desk has found renewed popularity in recent re-editions, and his original designs—such as the Jet and the curvaceous 1971 Hadi Desk and Chair, produced by German company Bayer AG—are coveted by collectors.