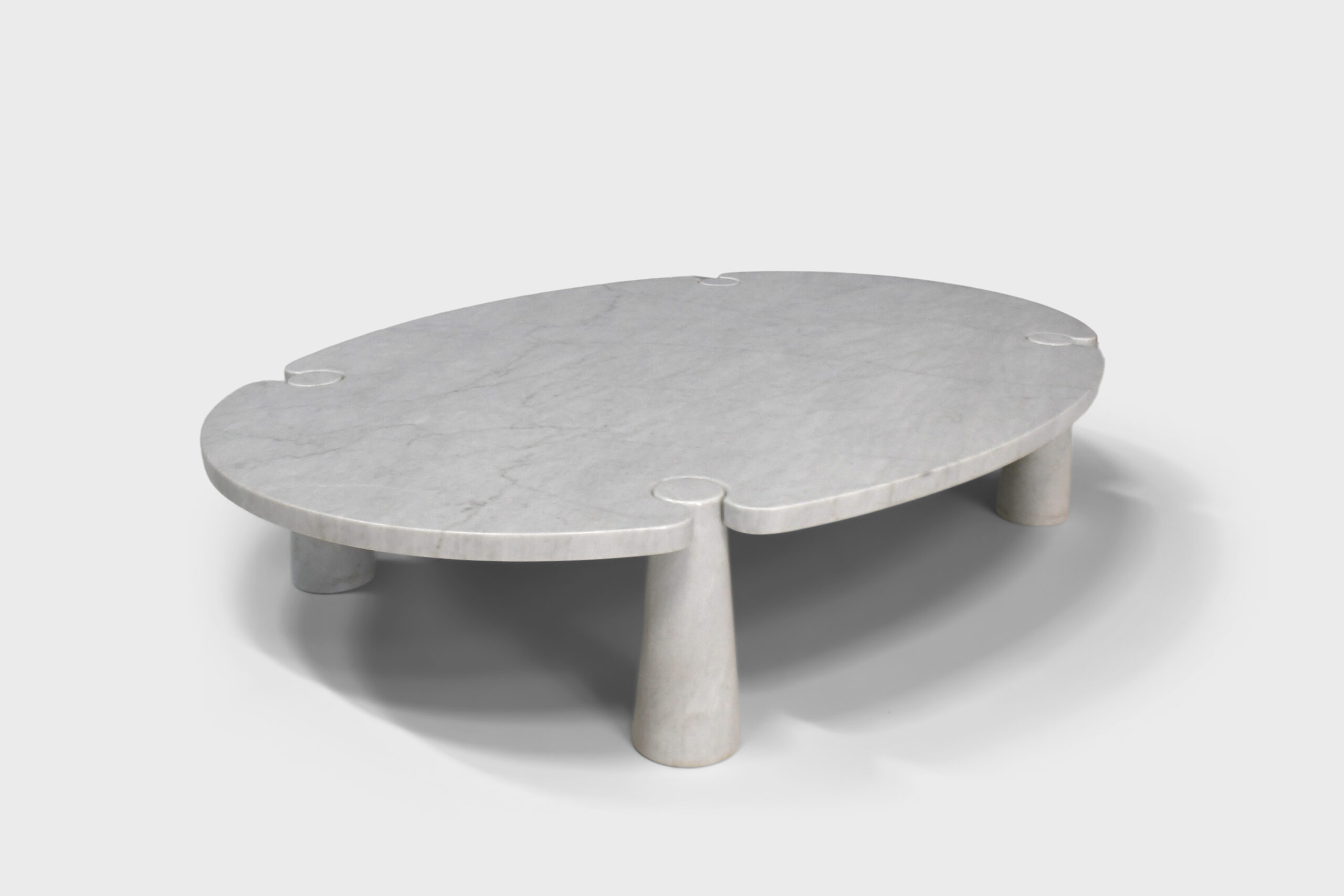 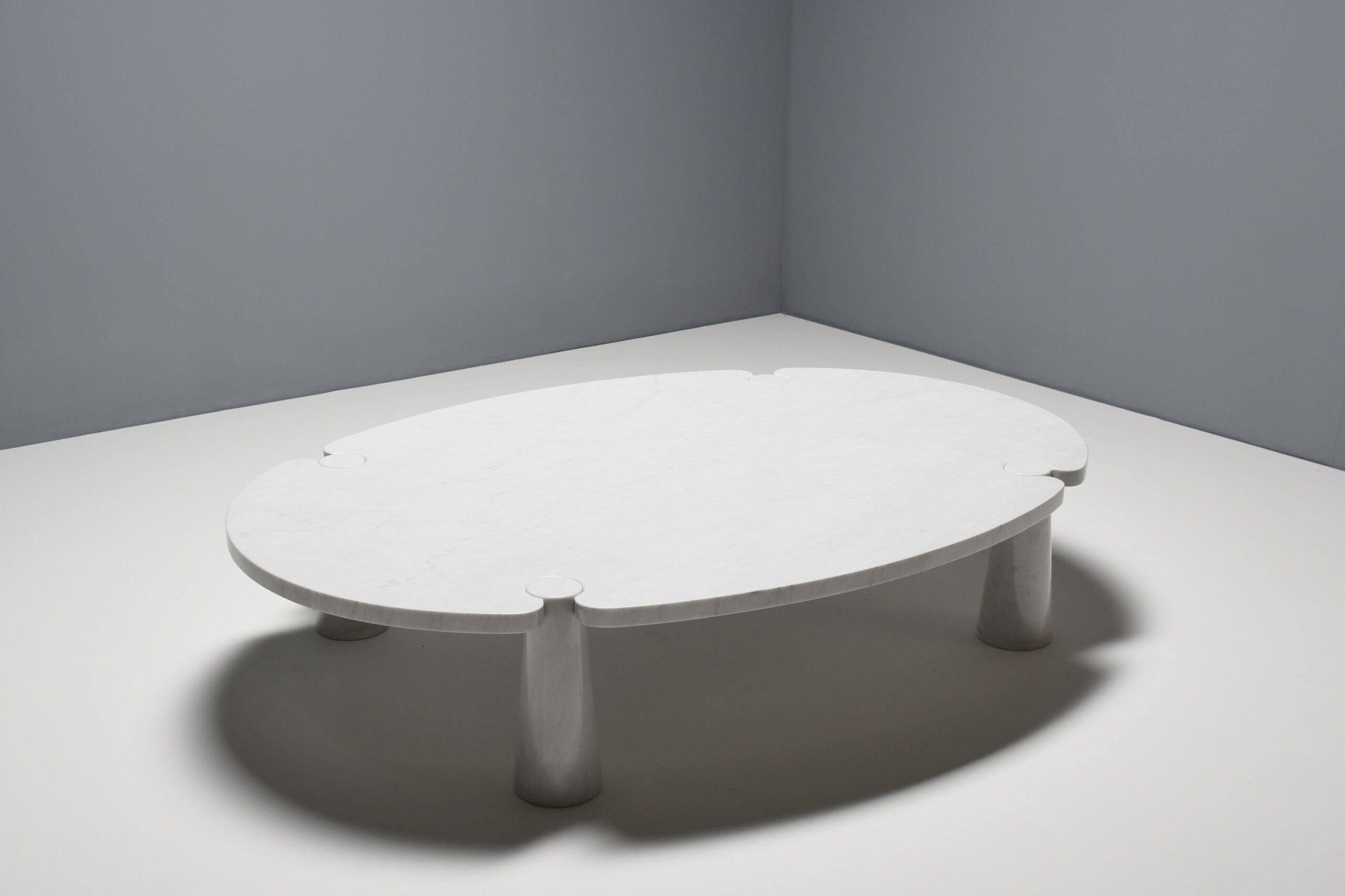 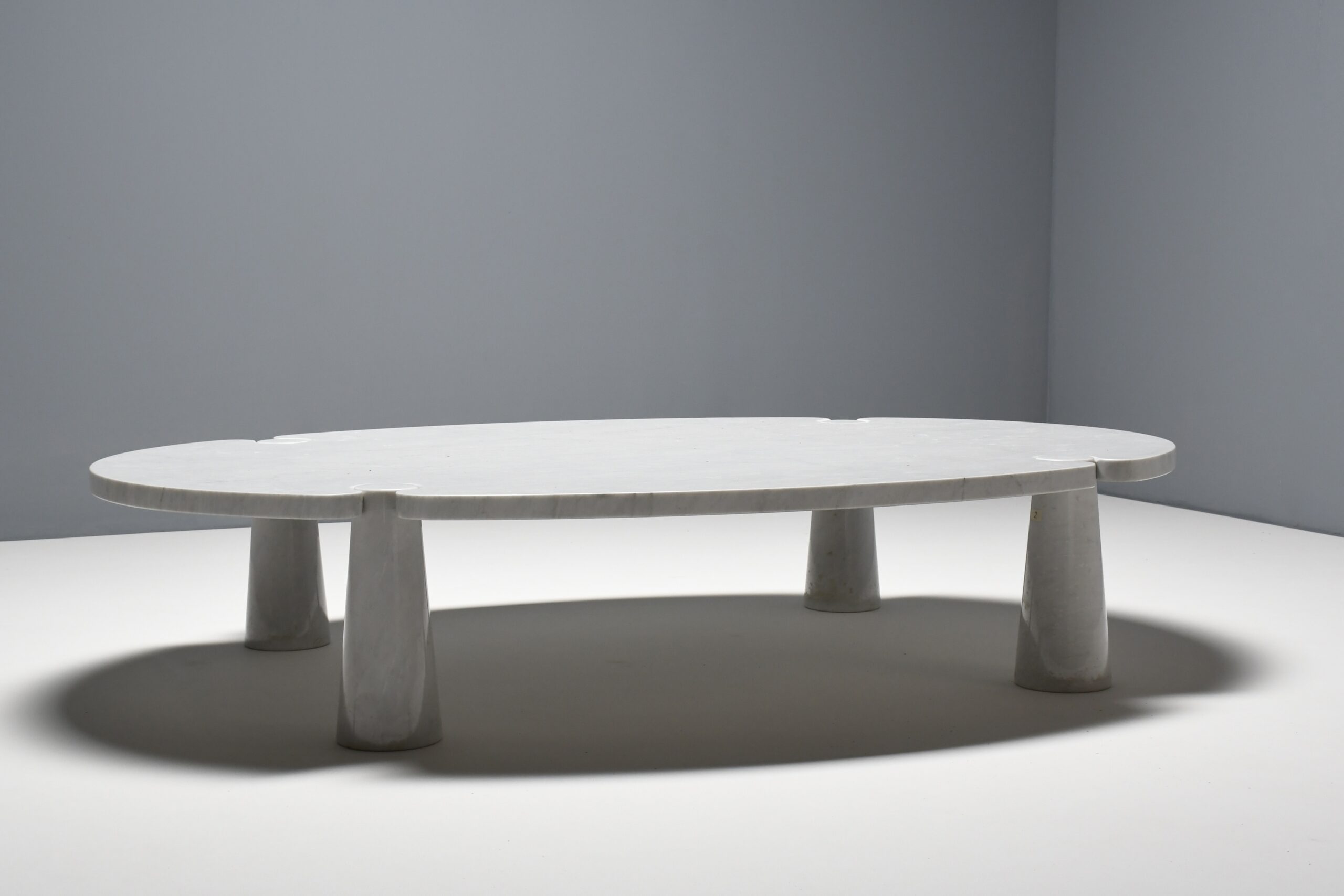 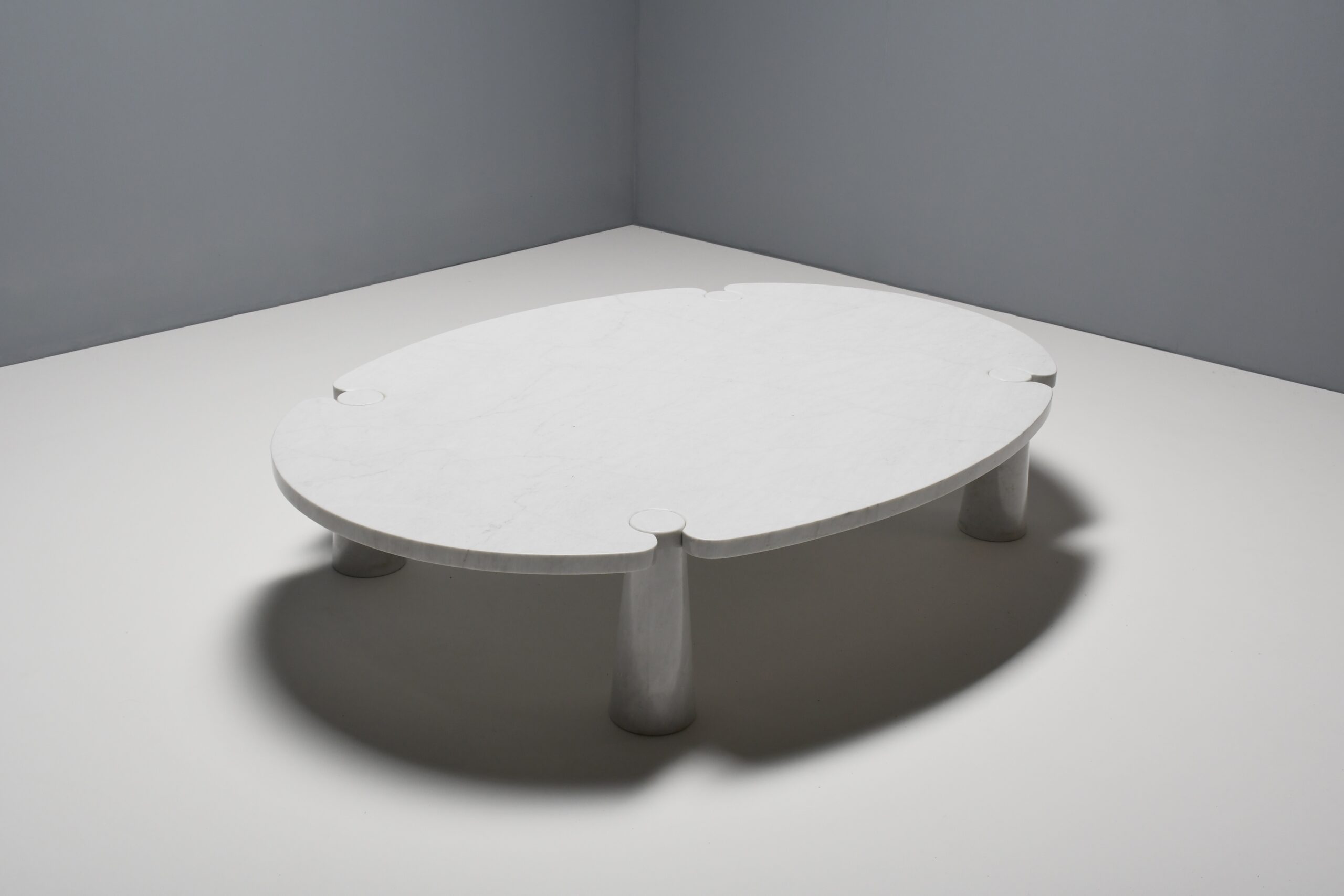 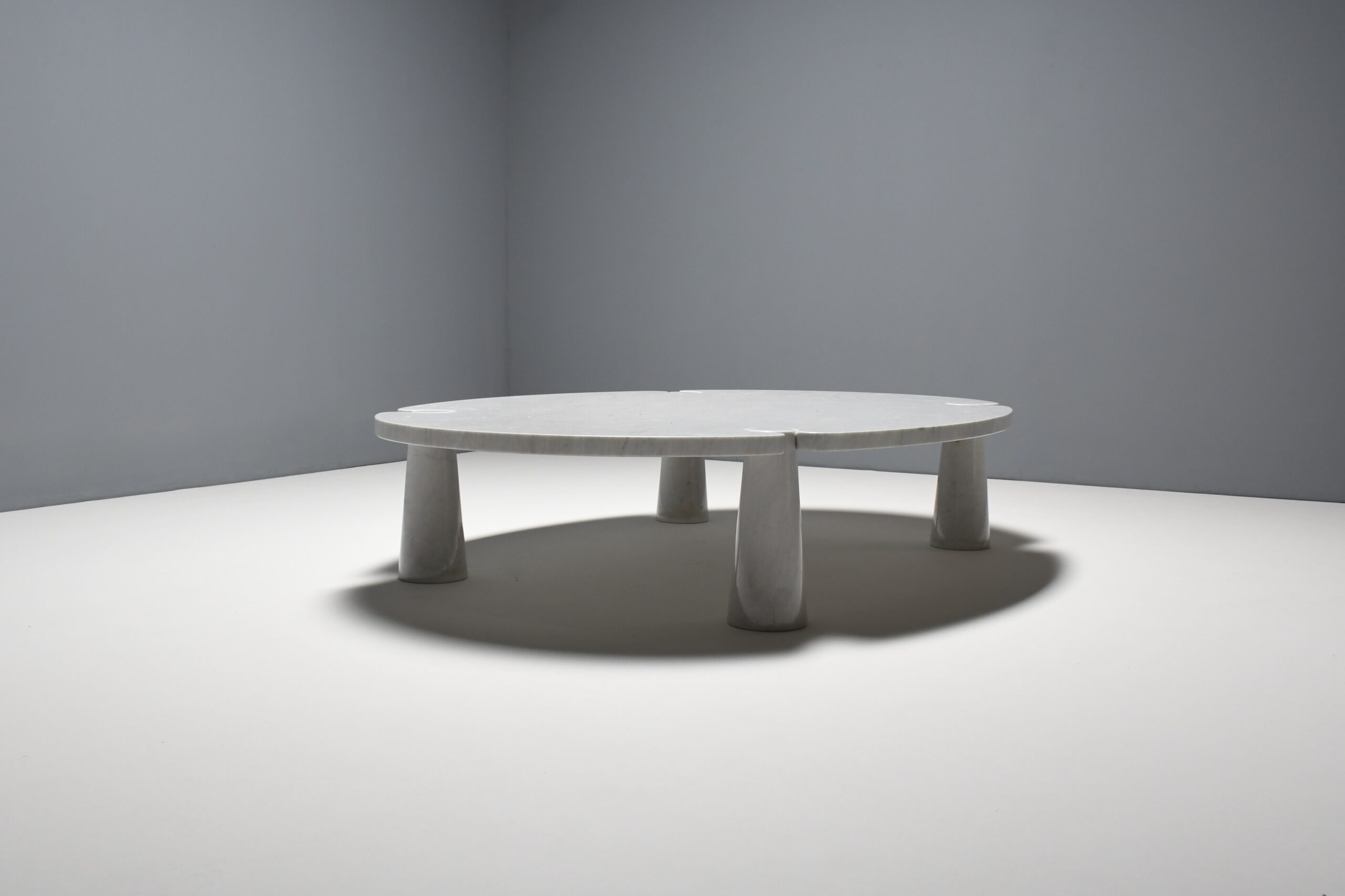 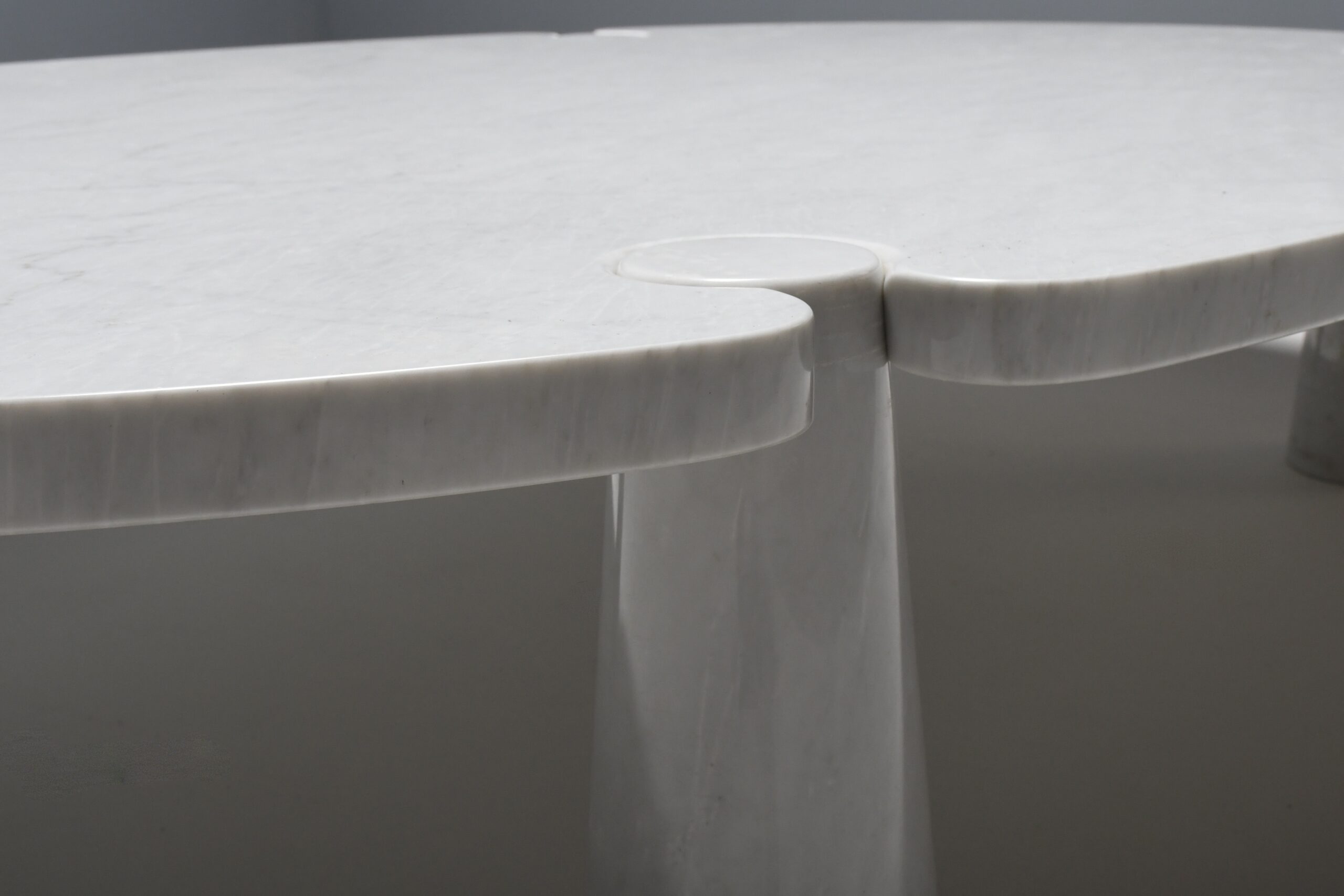 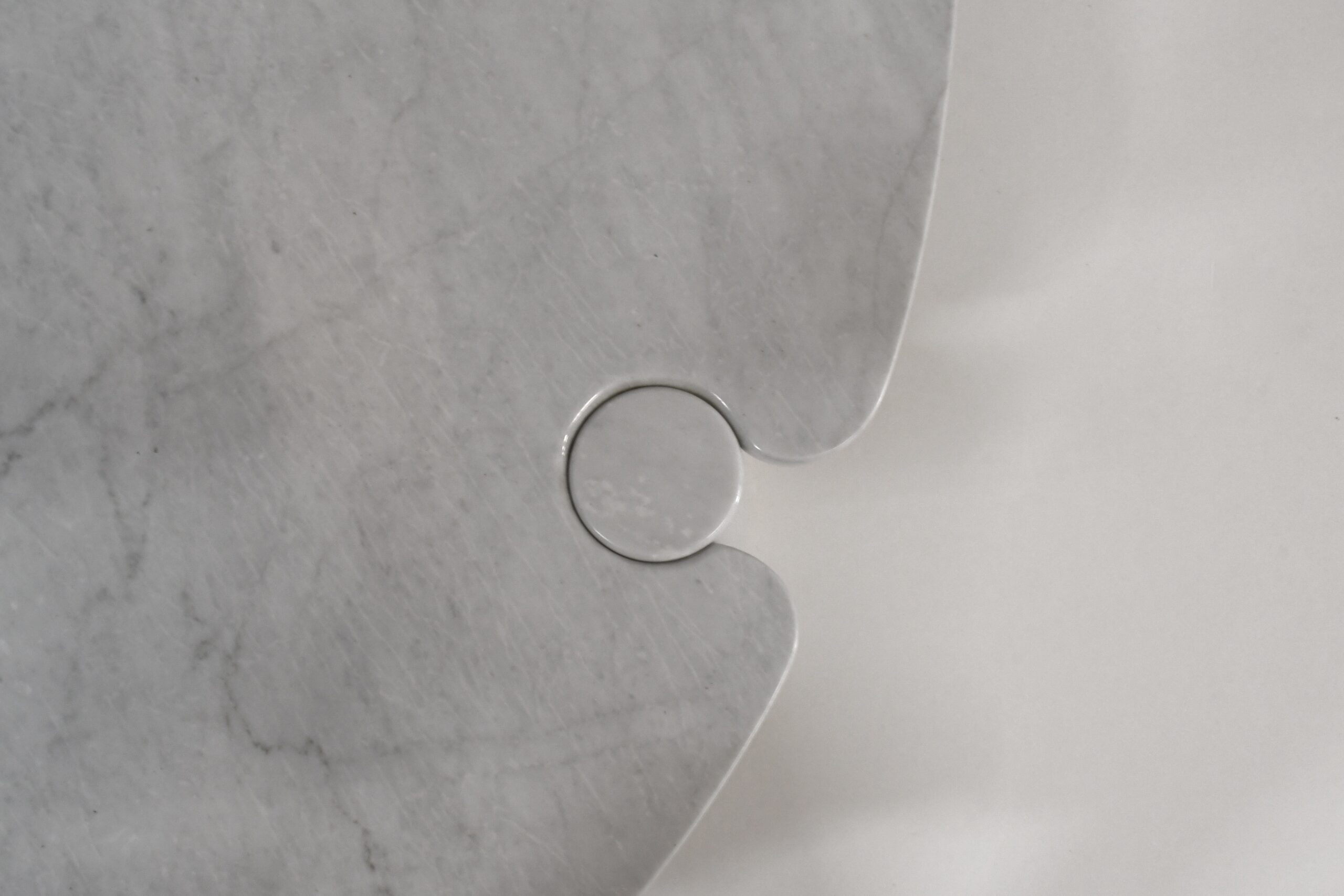 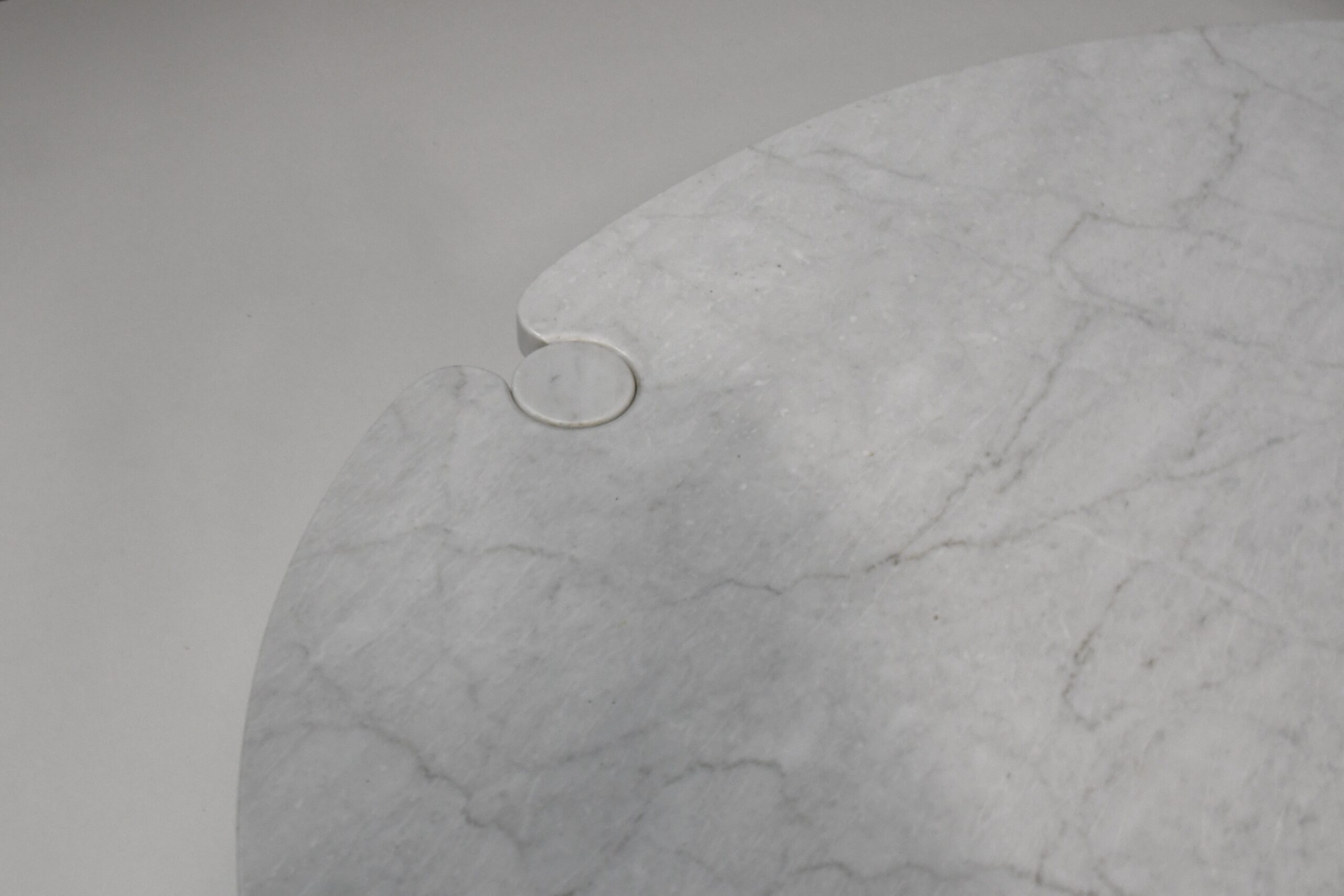 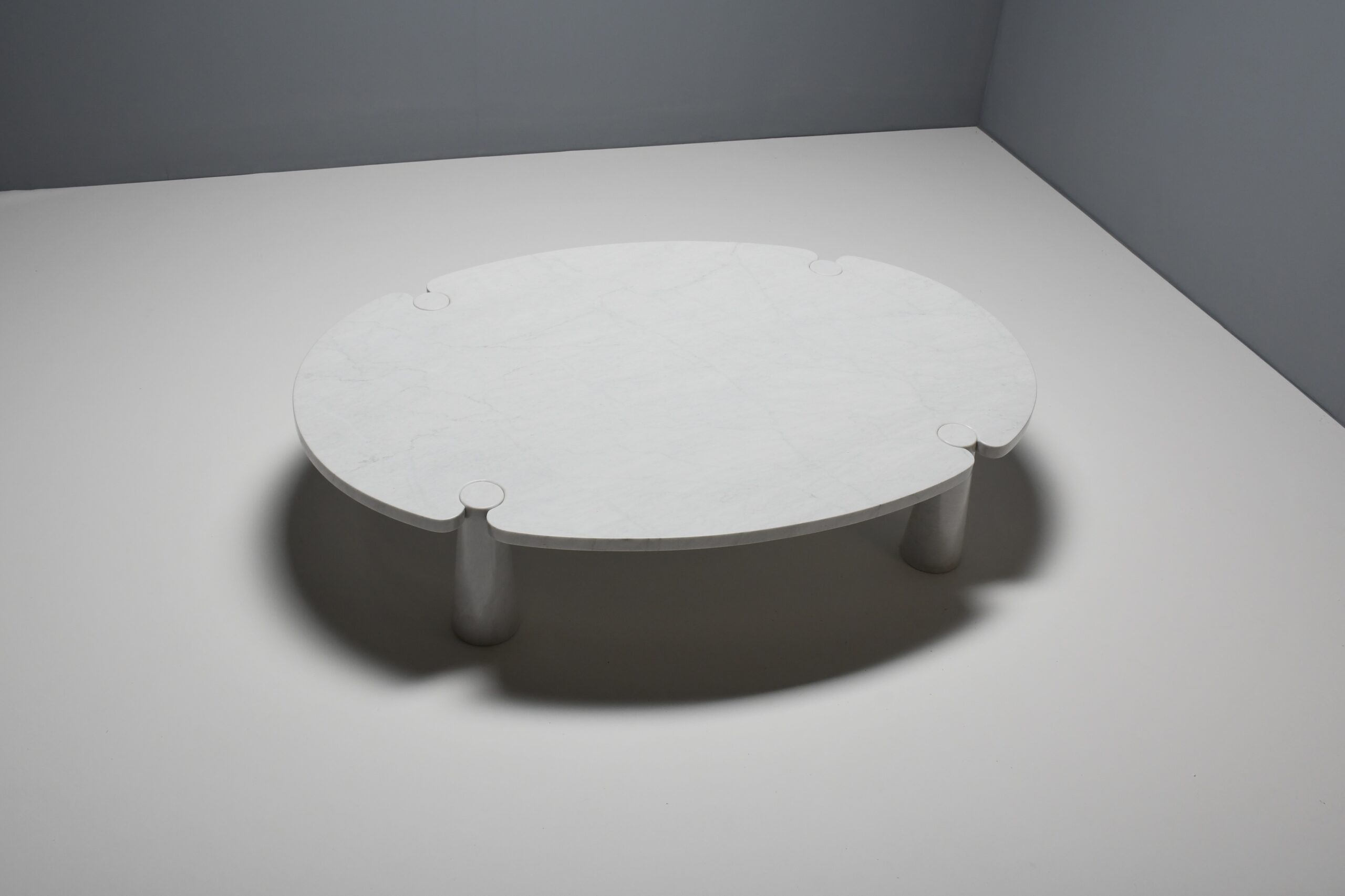 Produced by Skipper in the 1970s

The table is entirely made from Carrara marble. The marble is white with grey veins.

This large version has a very heavy 4 cm. thick tabletop.

The oval tabletop features no joints or clamps. The table rests gravity-based on the four cone shaped legs.

The top 'locks' itself onto the marble cones that are placed on the corners and is kept in place as a result of the weight of the material.
As a consequence, the entire structure is stable and strong.

The oval shape of the top combined with the columns result in a sculptural and architectural piece that has traits of Classicism.

This is a original table made in the 1970s by Skipper, the provenance is known and we have
Pictures from the table in the house where it stood since 1978.

Angelo Mangiarotti was born in Milan in 1921. He studied at the Architectural school and at the Polytechnical school of Milan. In 1953, he went to the United States, more precisely in Chicago where he taught at the Illinois Institute of Technology. He met Ludwig Mies van der Rohe, Frank Llyod Wright, Walter Gropius and Konrad Wachsmann. When he came back from the United Sates, he founded an architectural firm with Bruno Morassutti. In 1989, he founded the Mangiarotti & Associates company in Tokyo. From 1986 to 1992, he held the post of artistic director for Colle Cristalleria. Plastic research was really important to Mangiarotti. Thanks to his personality, his work and his creations, Mangiarotti is an iconic Italian designer.