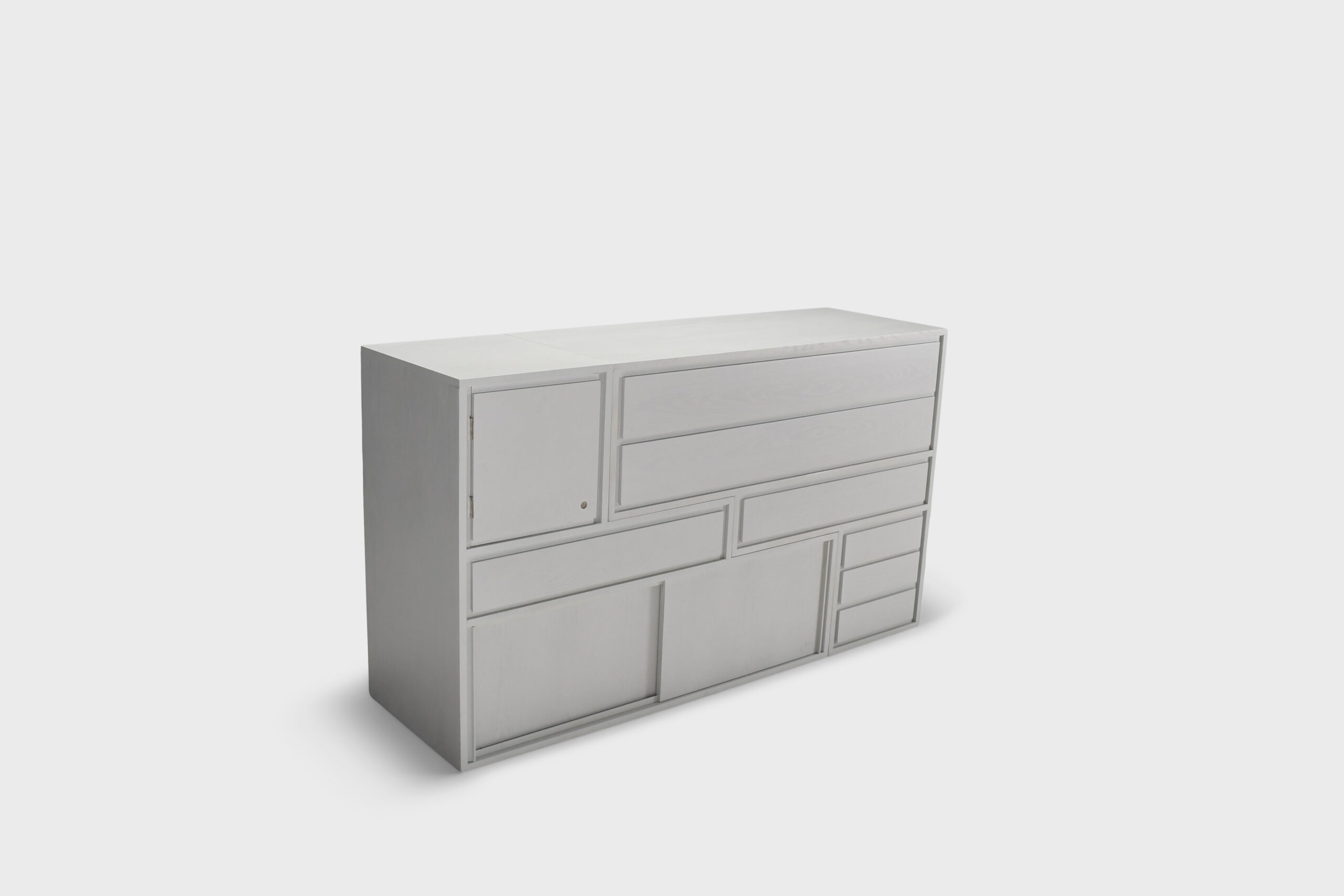 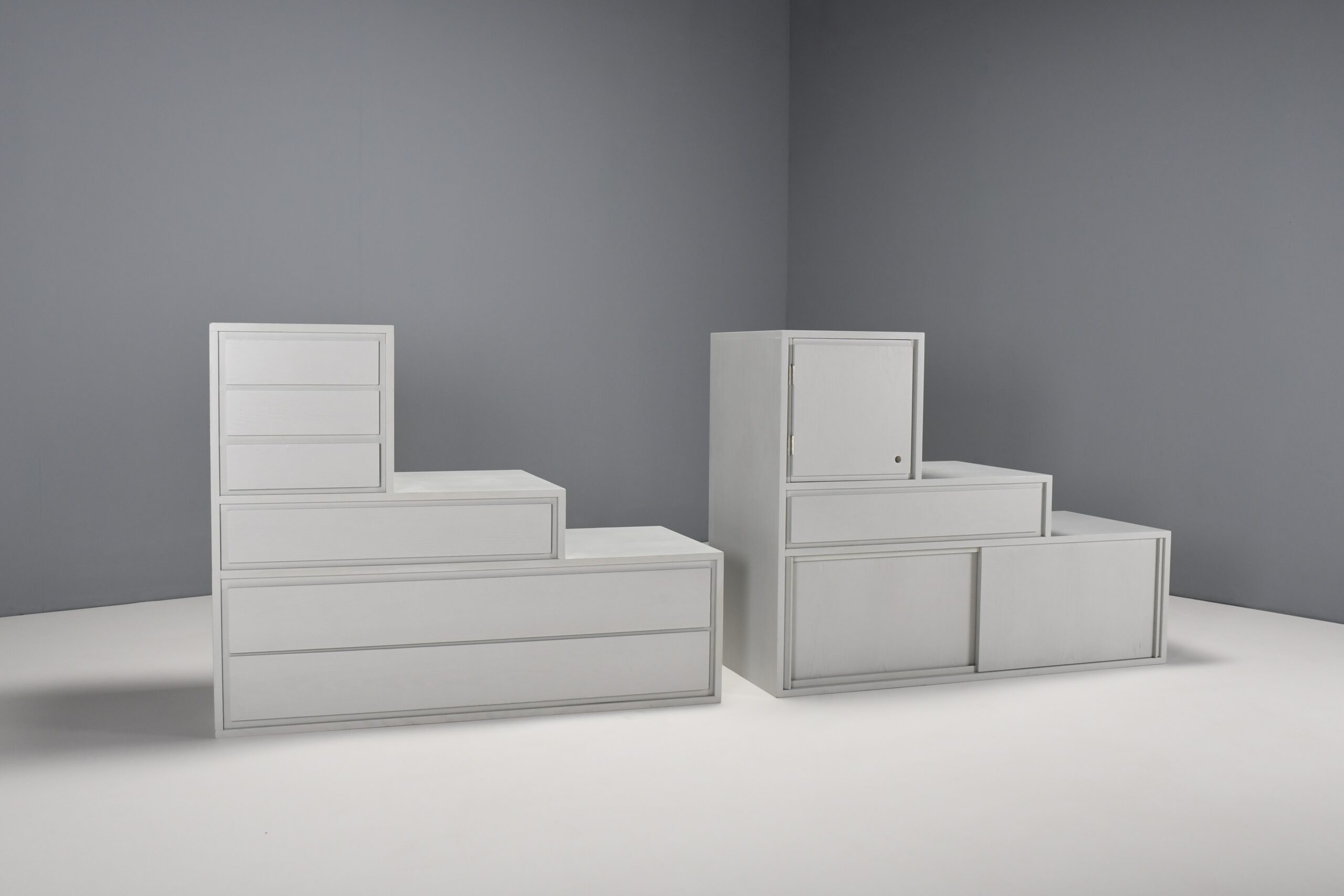 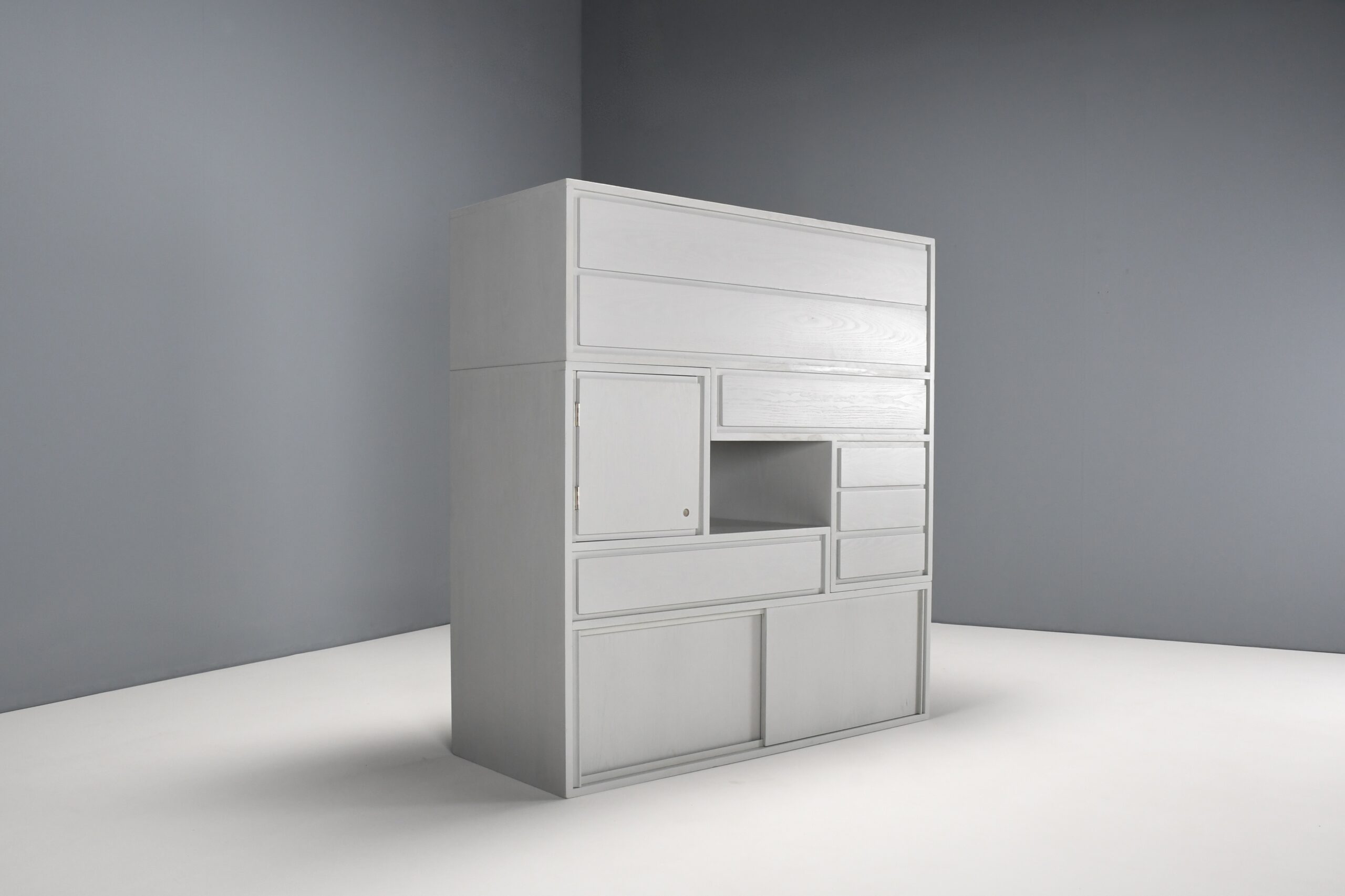 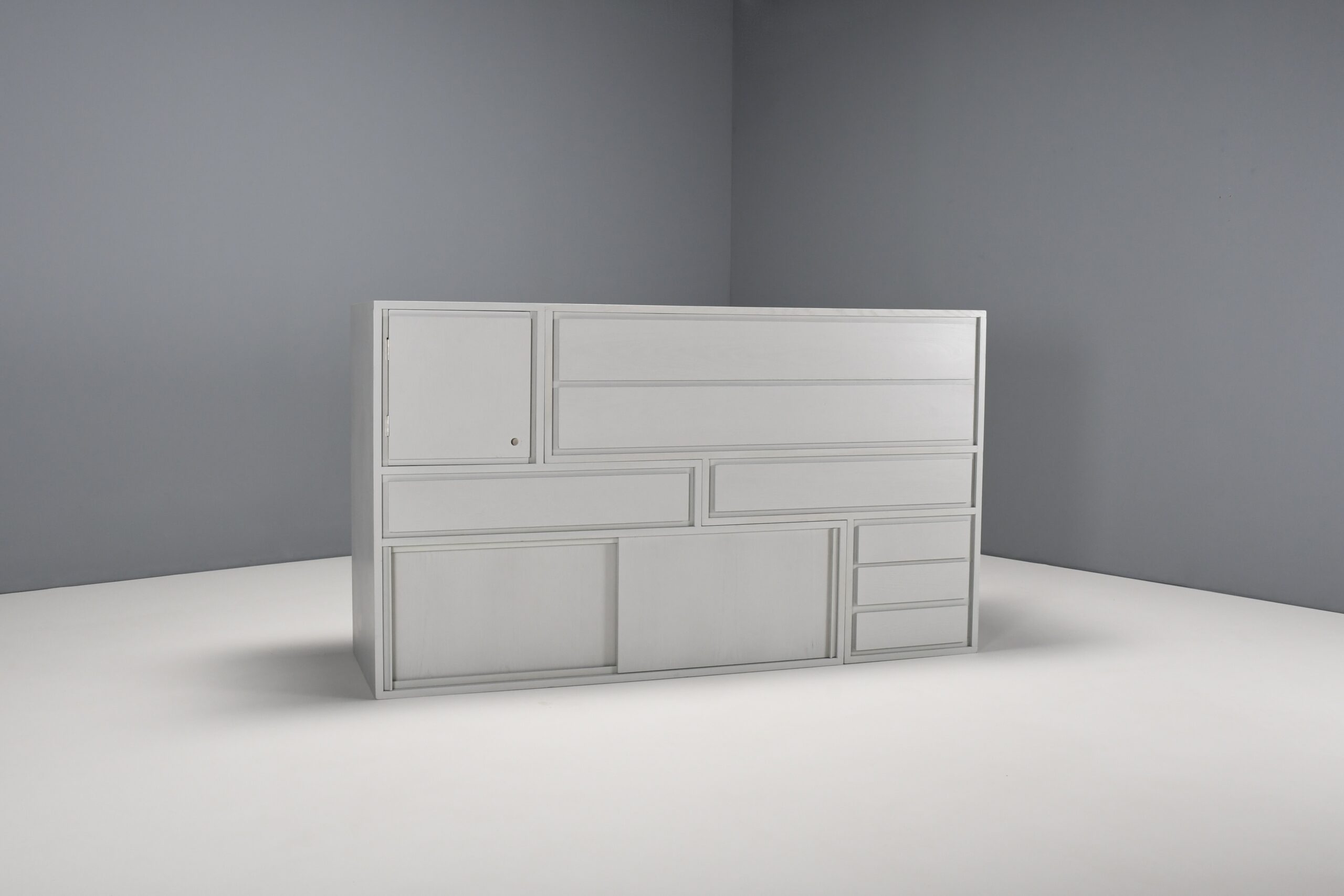 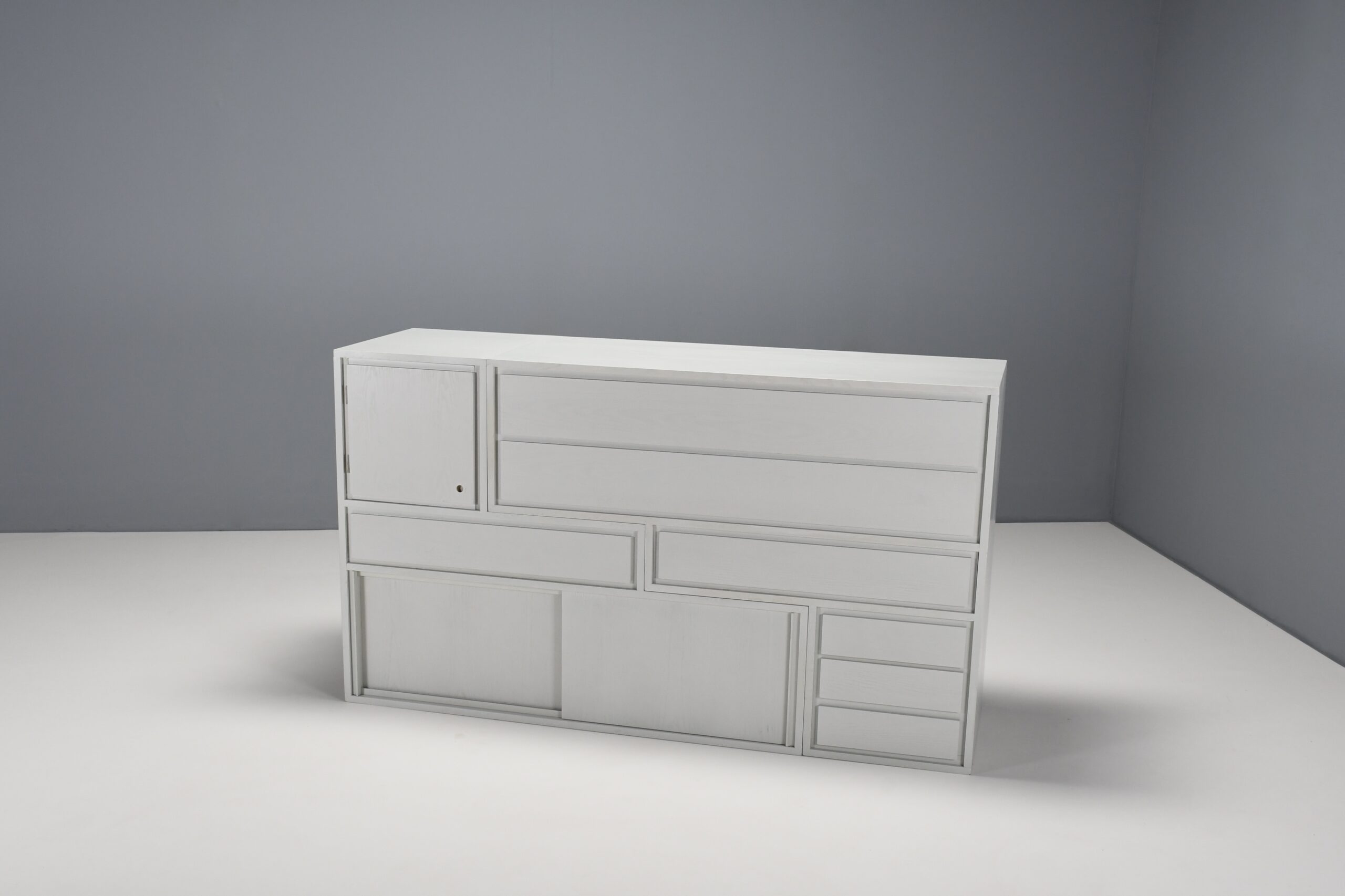 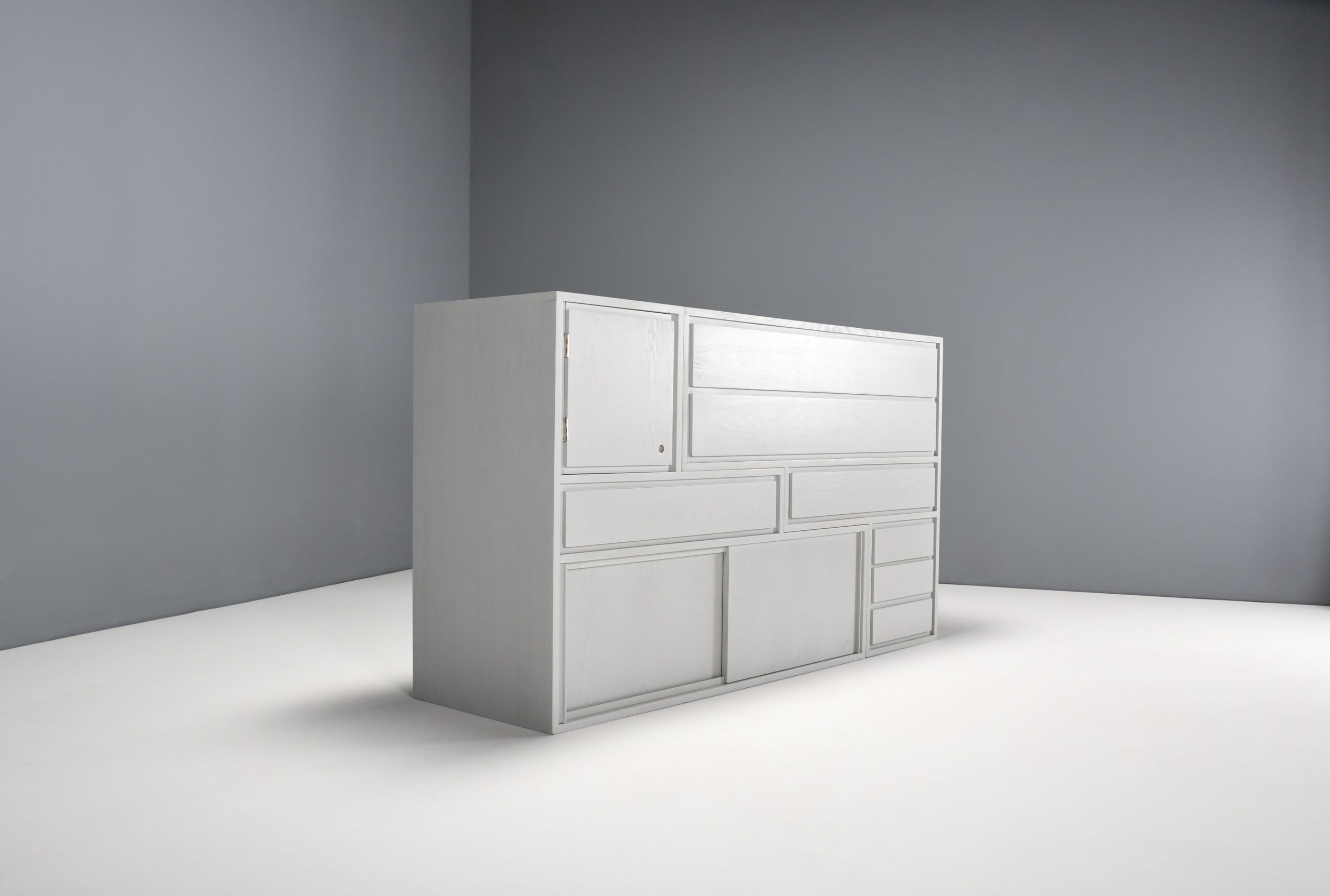 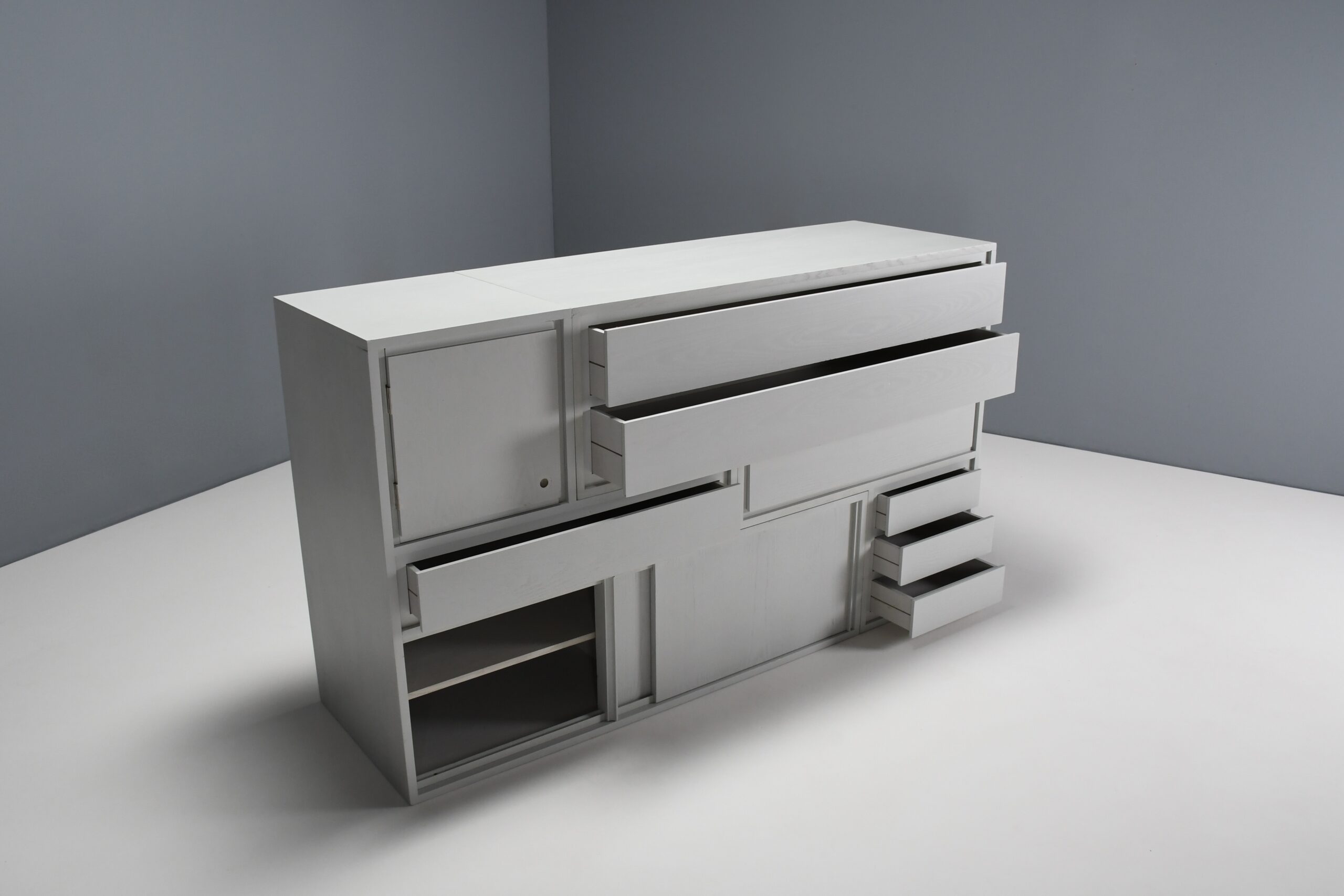 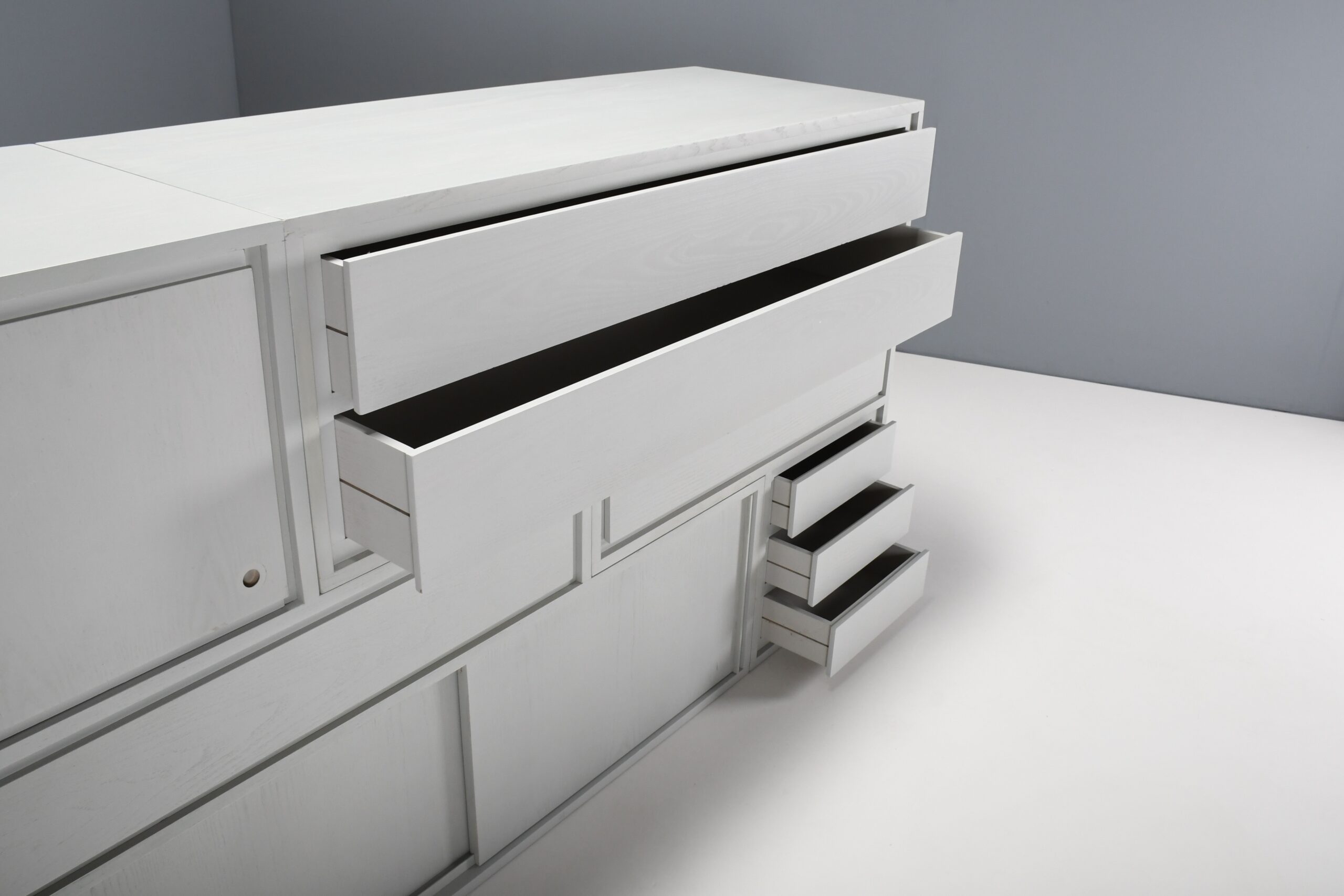 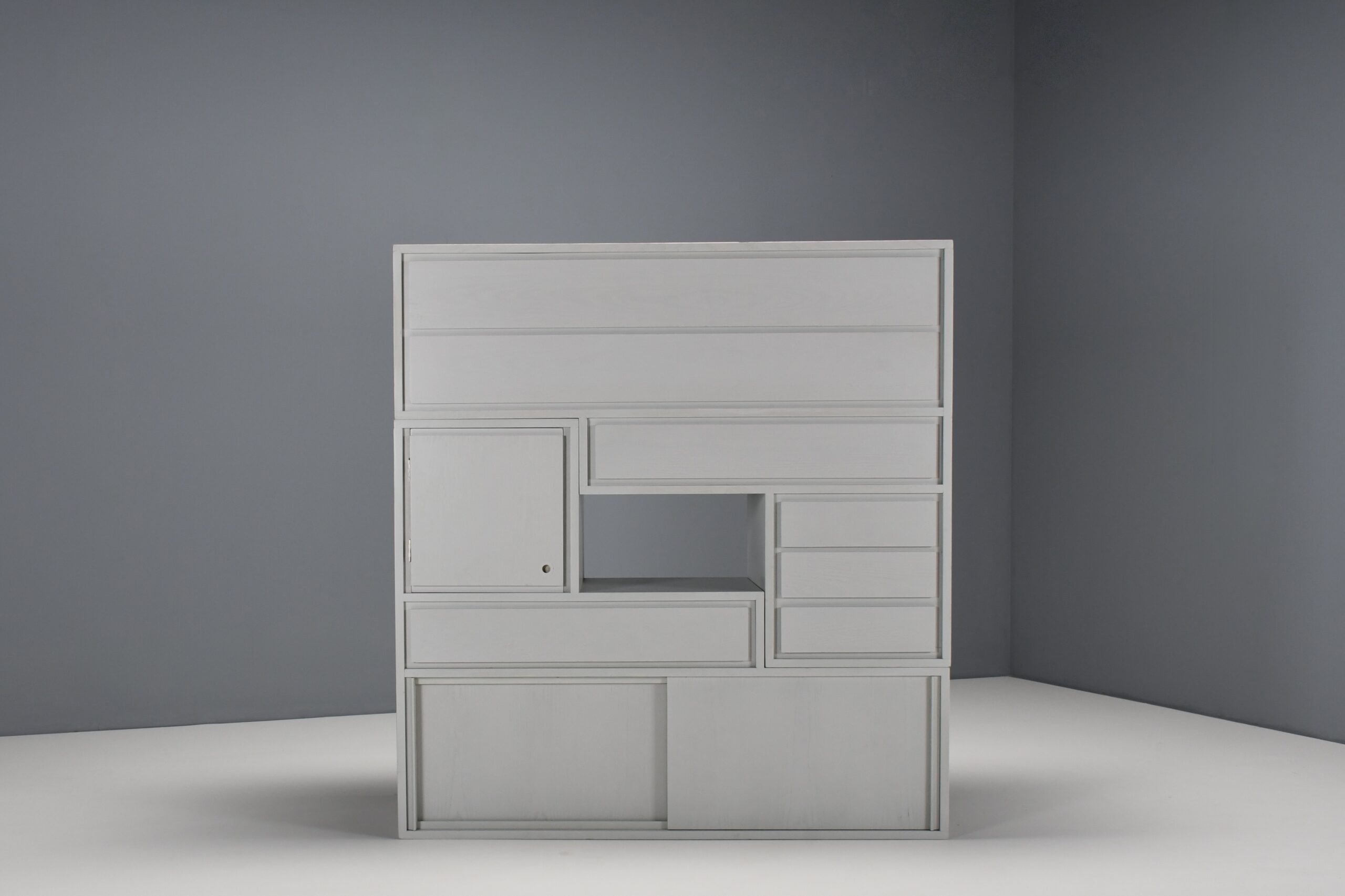 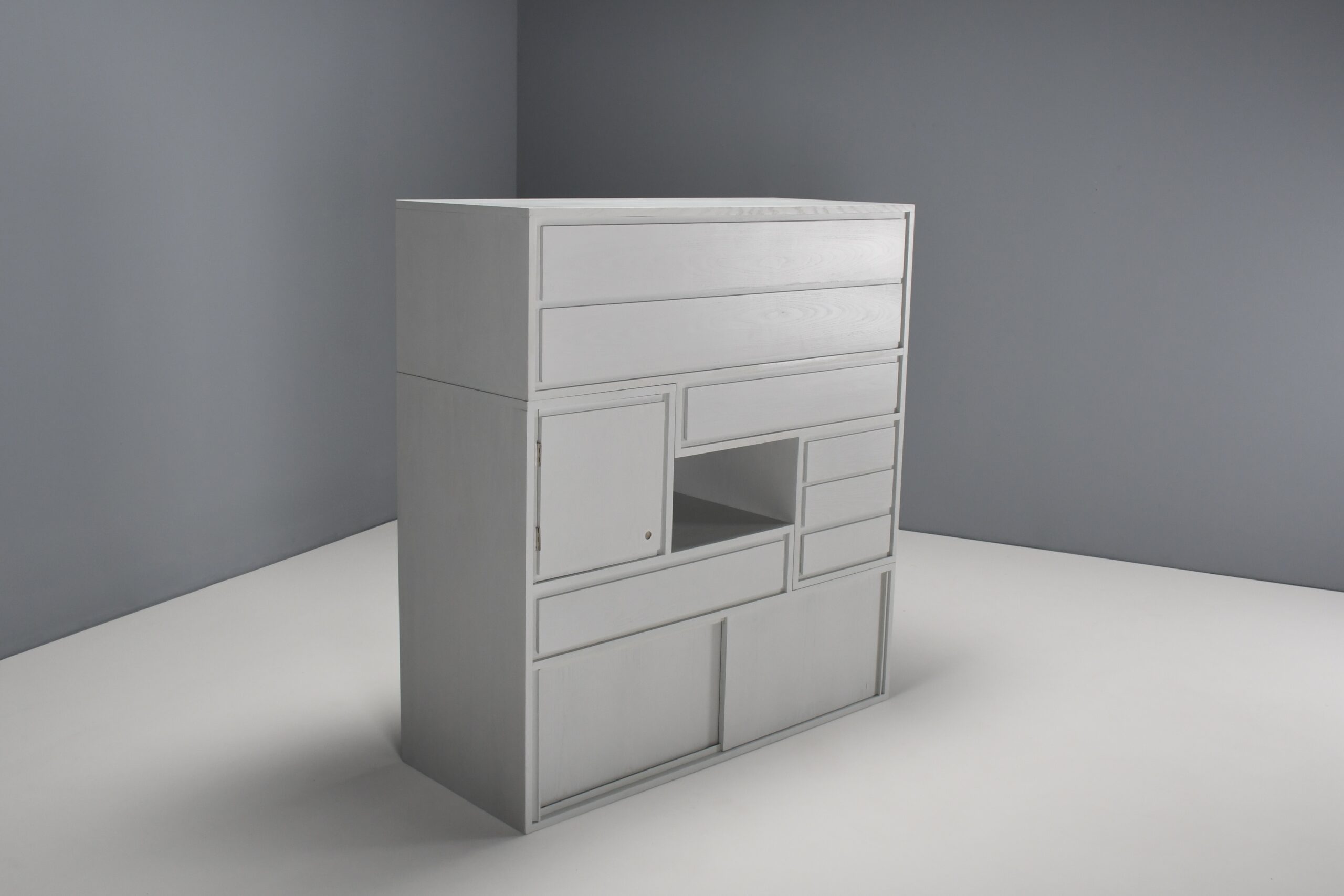 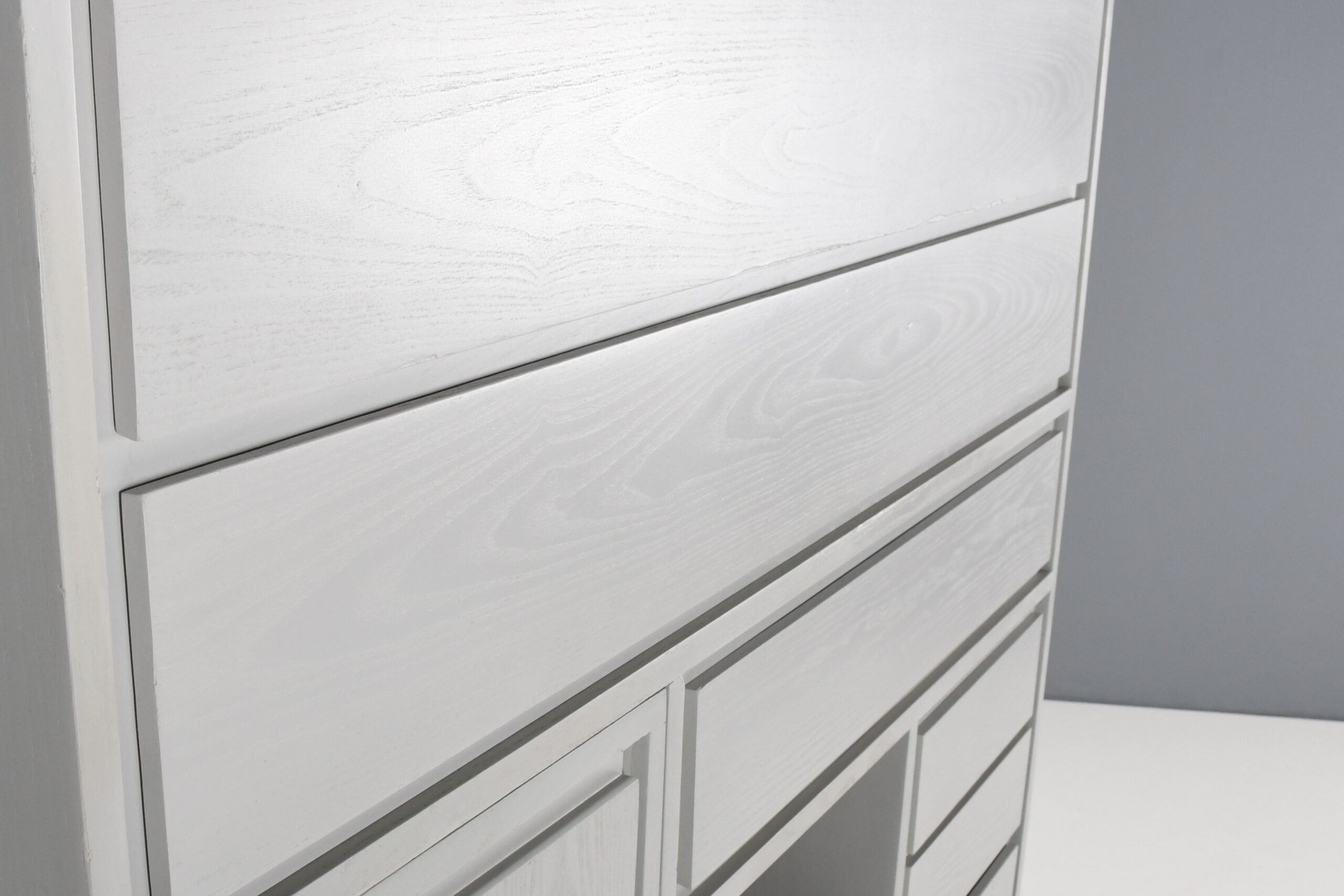 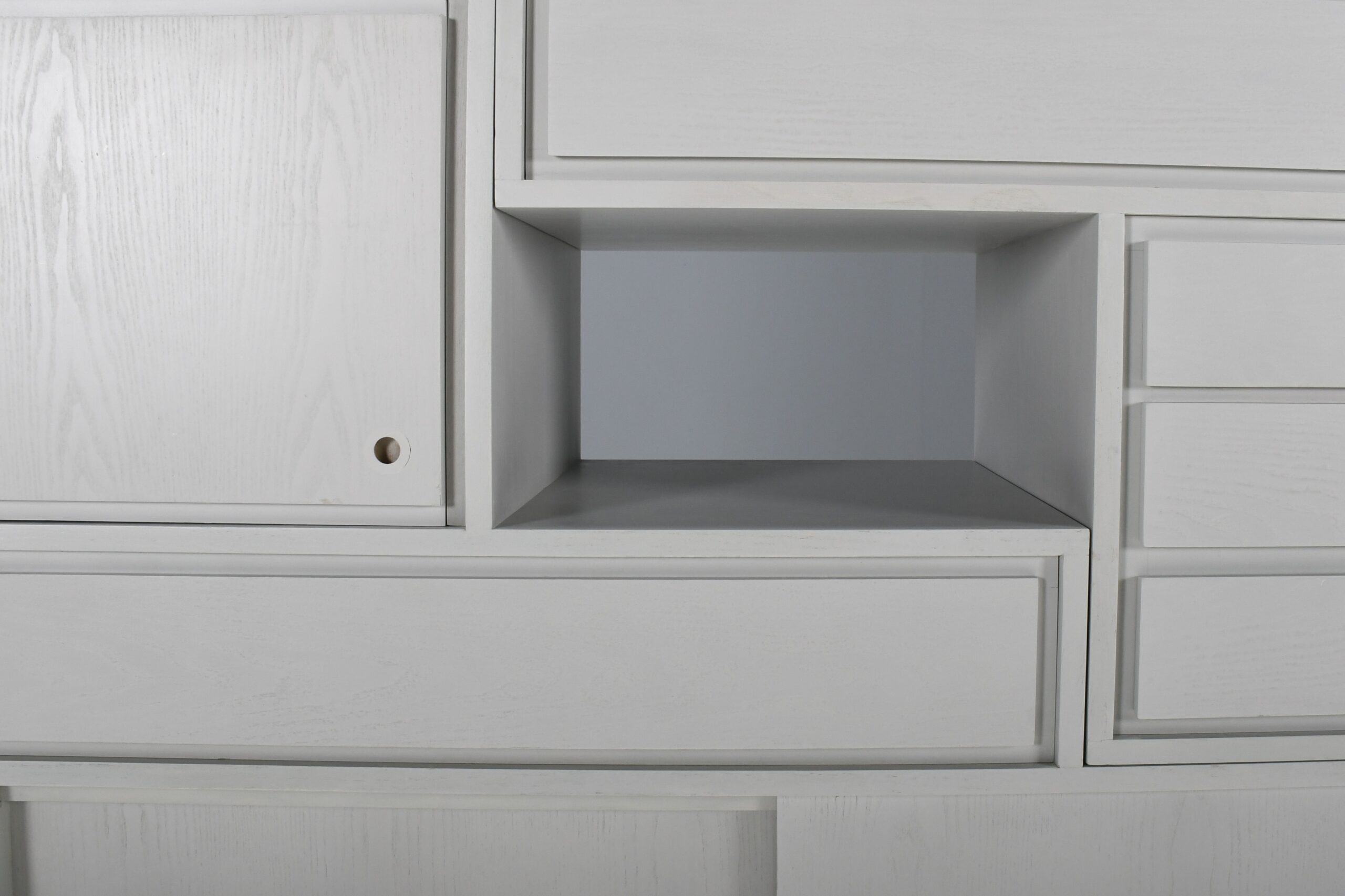 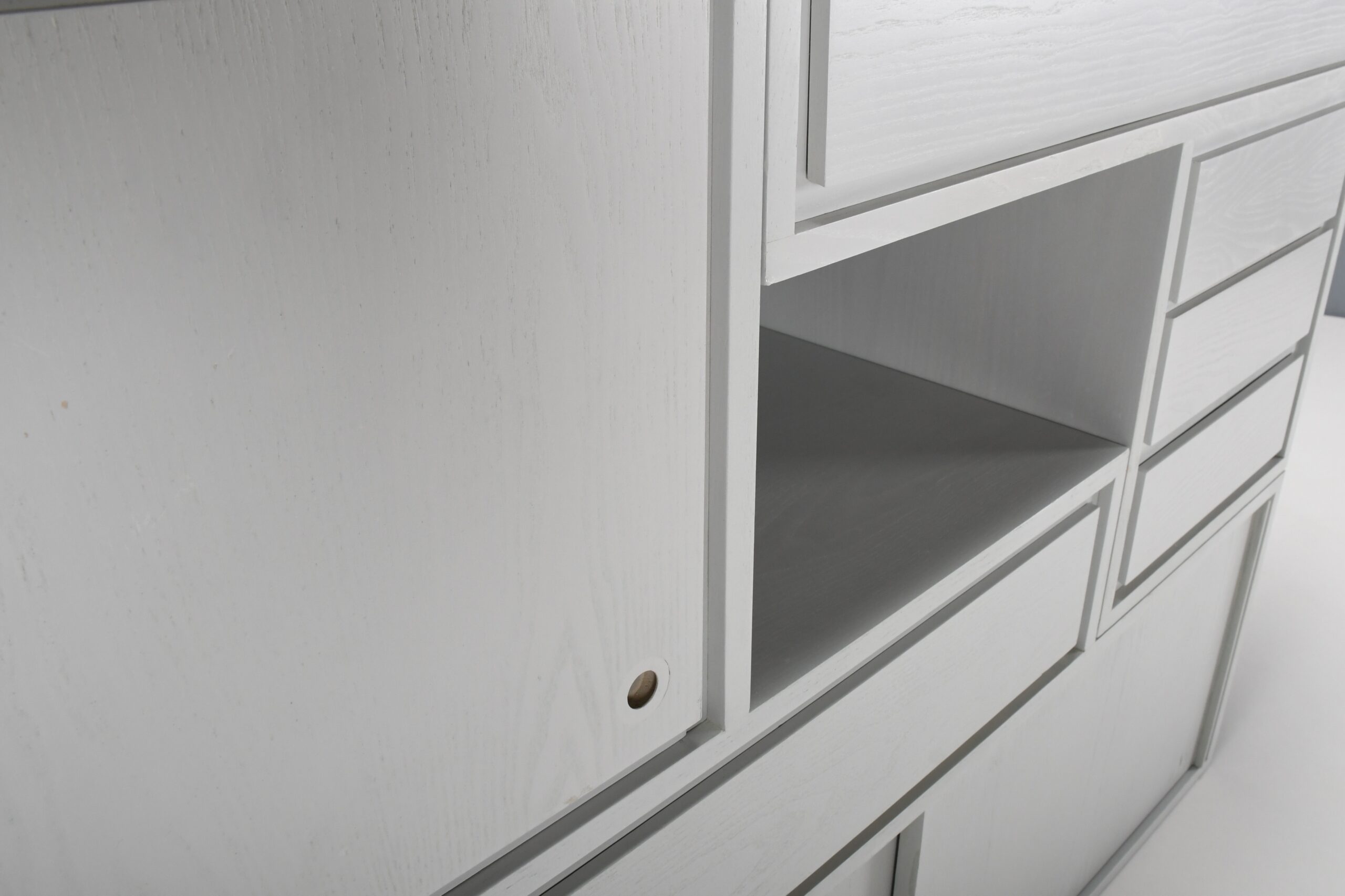 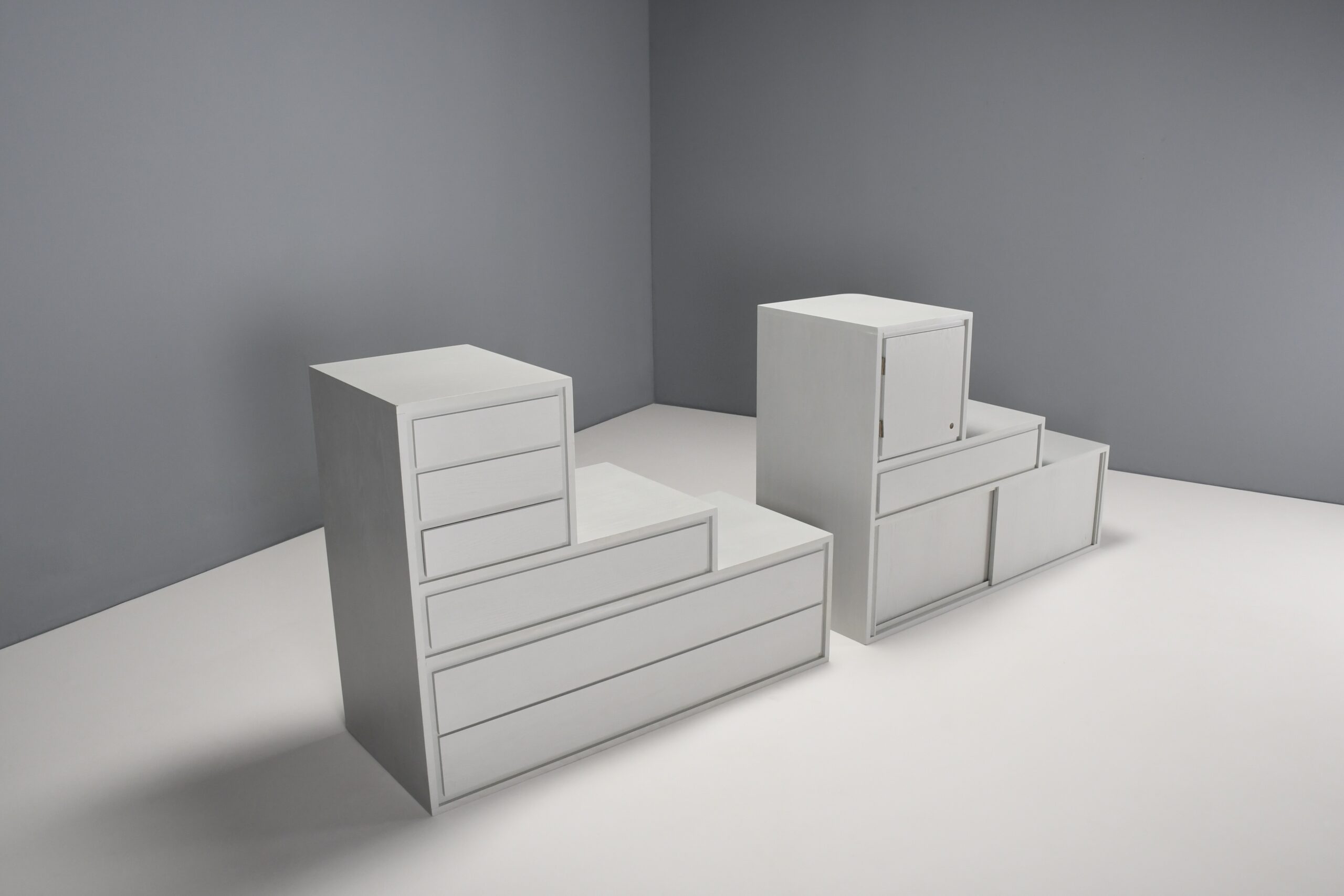 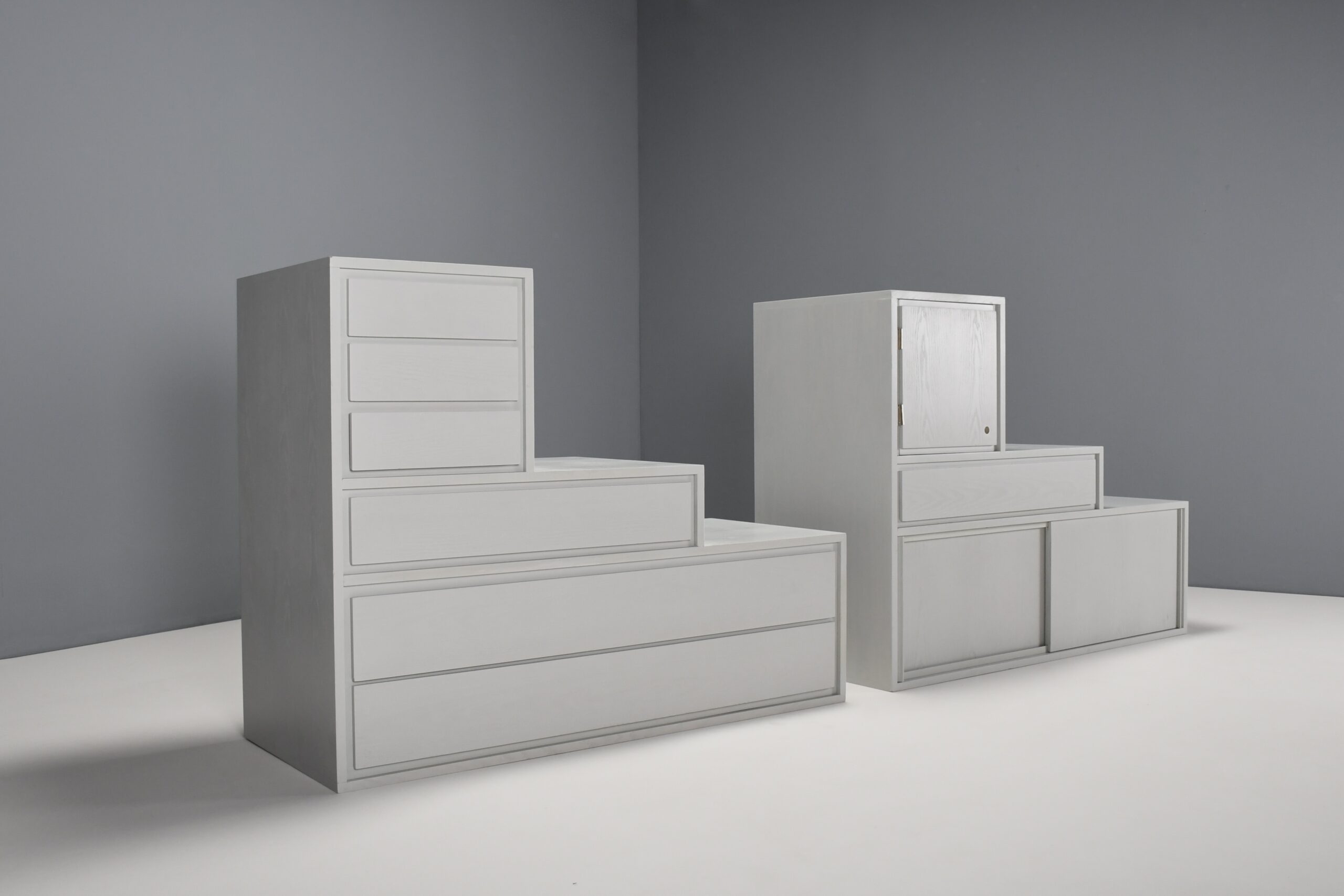 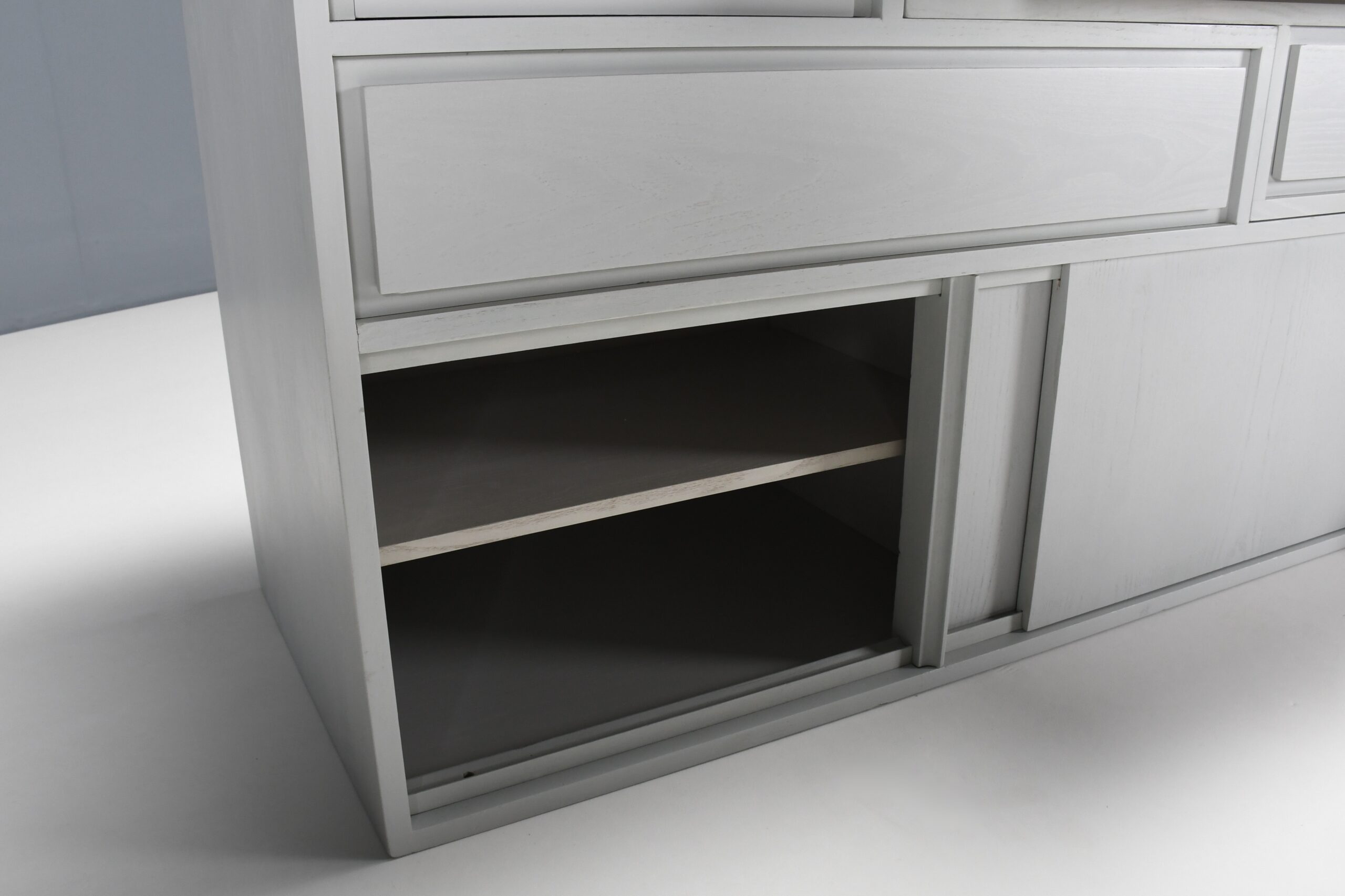 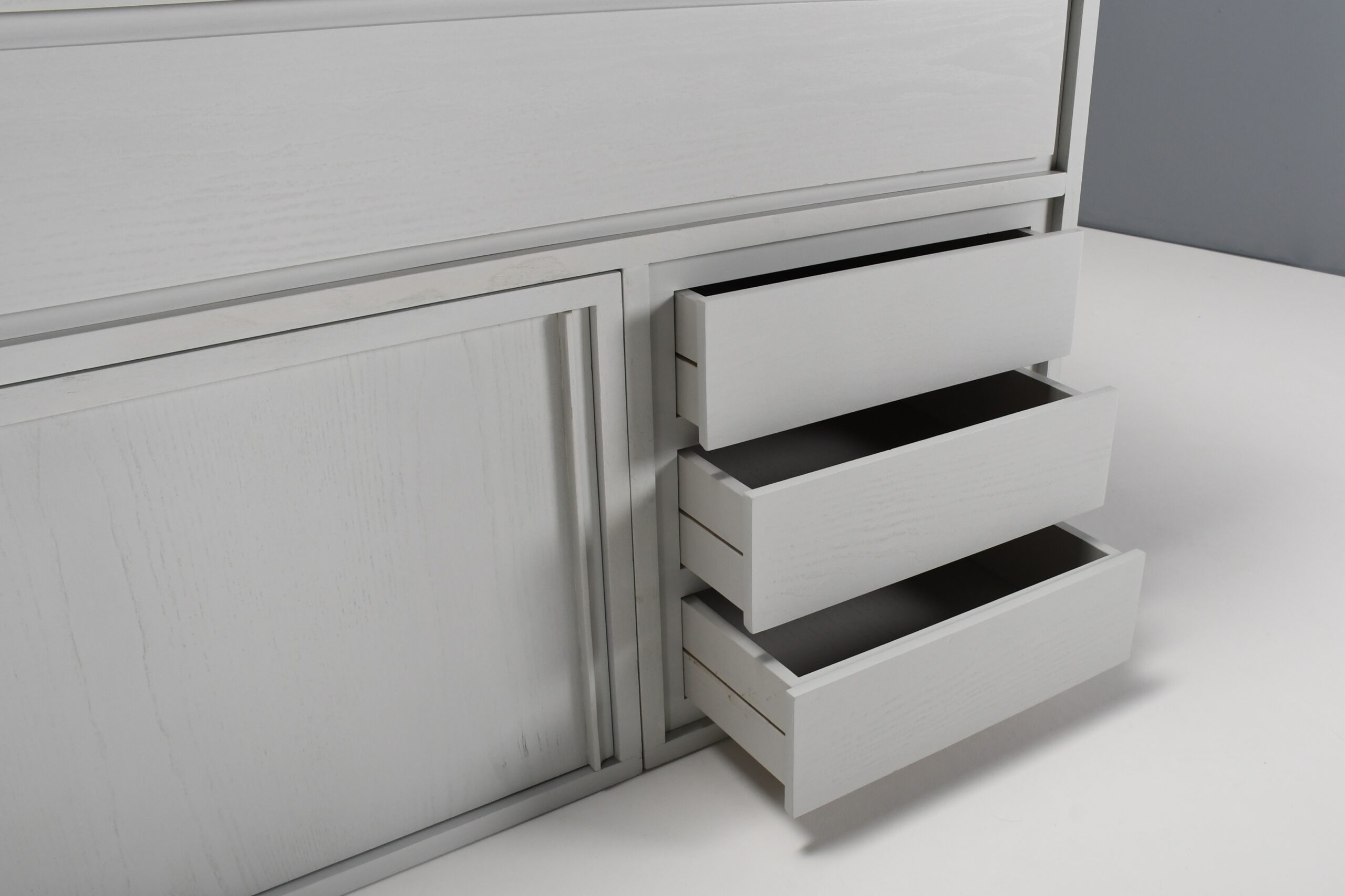 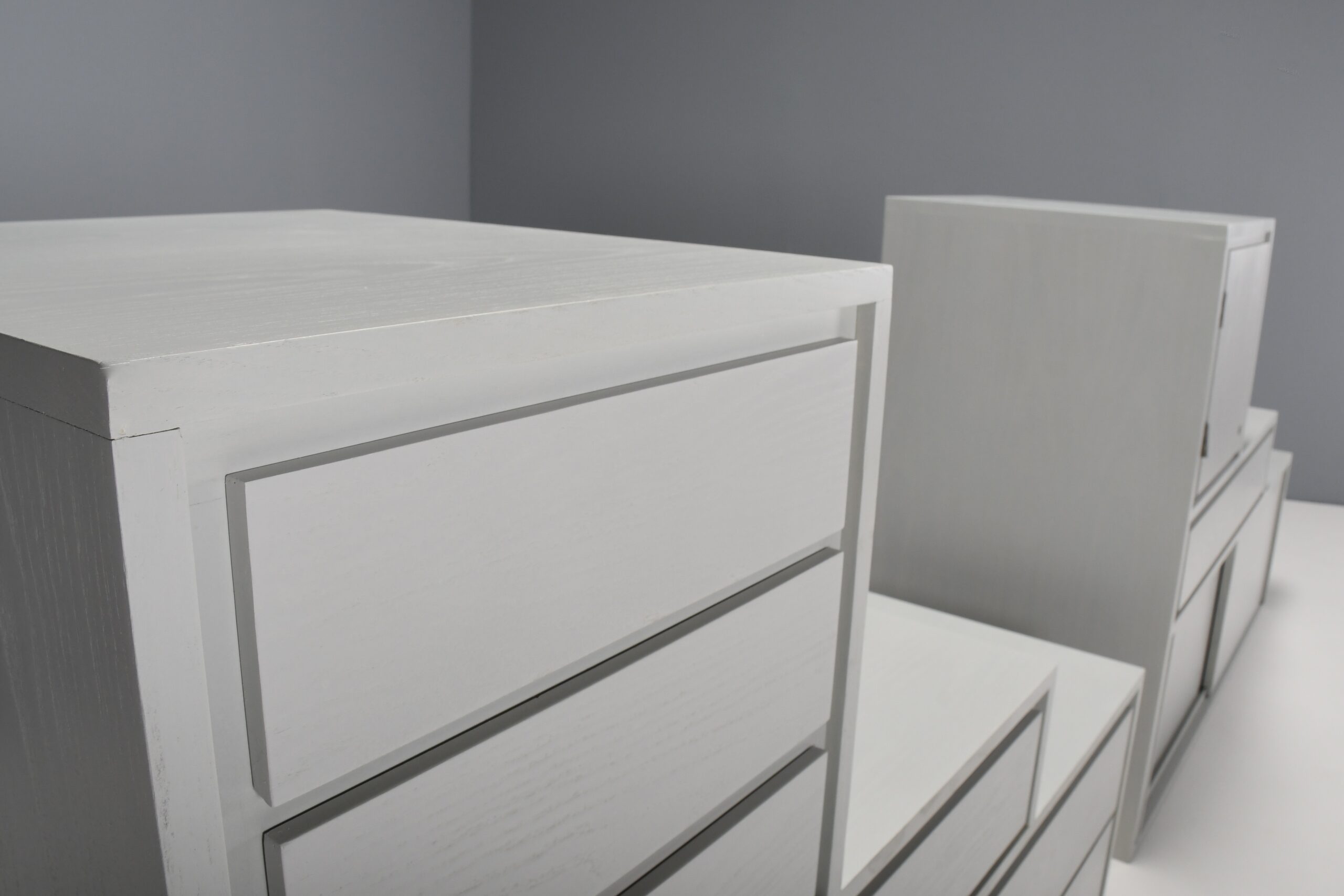 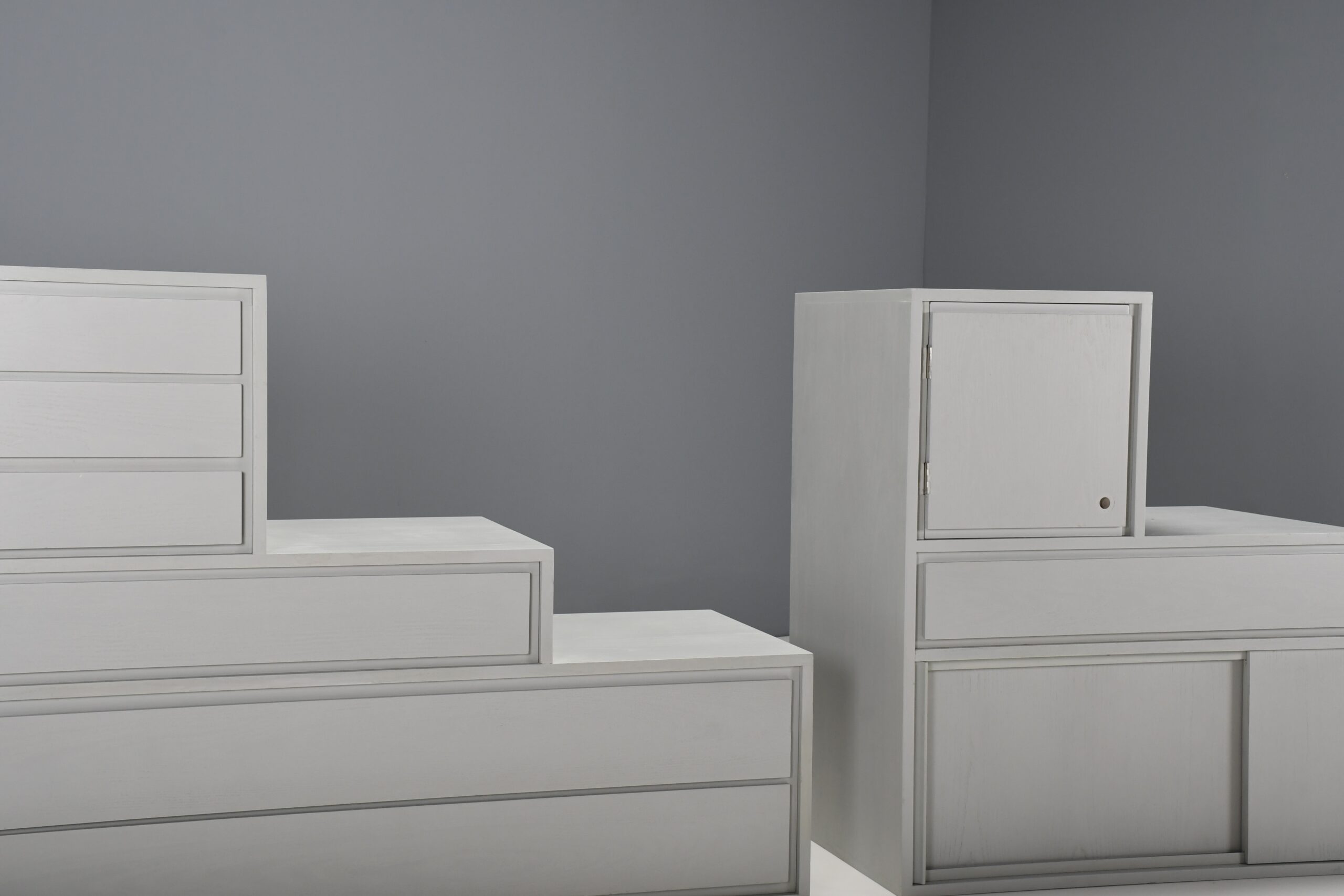 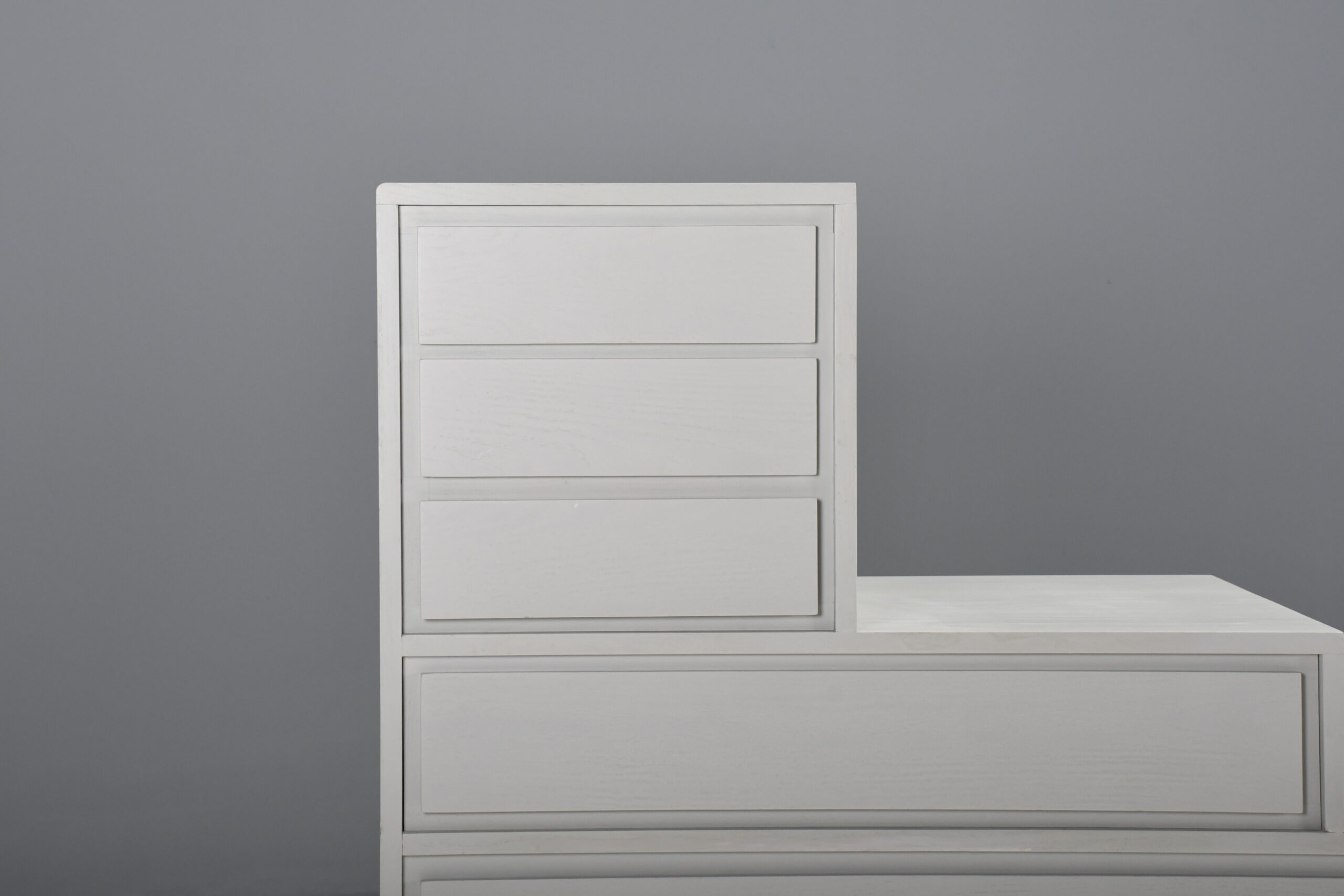 Designed by Kazuhide Takahama in 1962.

The kaidan (Which means stairs) is a transformable cabinet that consists of two stepped elements that can be used in several ways.

The two elements can be used separately, displaying the characteristic stepped shape. They can also be combined to form a graphic sideboard with geometric lines. By placing one of the two elements a step higher, you create a square shaped cabinet with an open compartment in the middle.

The cabinet is made from veneered plywood, the veneer is stained in a grey colour and has a beautiful visible grain.

This Kaidan cabinet Is very rare and was only manufactured for a short period of time.

Kazuhide Takahama was a Japanese designer born in Miyazaki, Japan. After graduating from the Tokyo Institute of Technology in 1953, Takahama designed the Japanese Pavilion for the Milan Triennale. Here he met Dino Gavina and over the next decade, Takahama designed several pieces for Gavina. Later, he also collaborated with B&B Italia, Simon and Knoll, just to name a few. His designs are clear in line and shape and have a high-quality design. With the functionalist approach to modernism, he designed with a Japanese sense of material and aesthetics conveniently combined with Western elements.