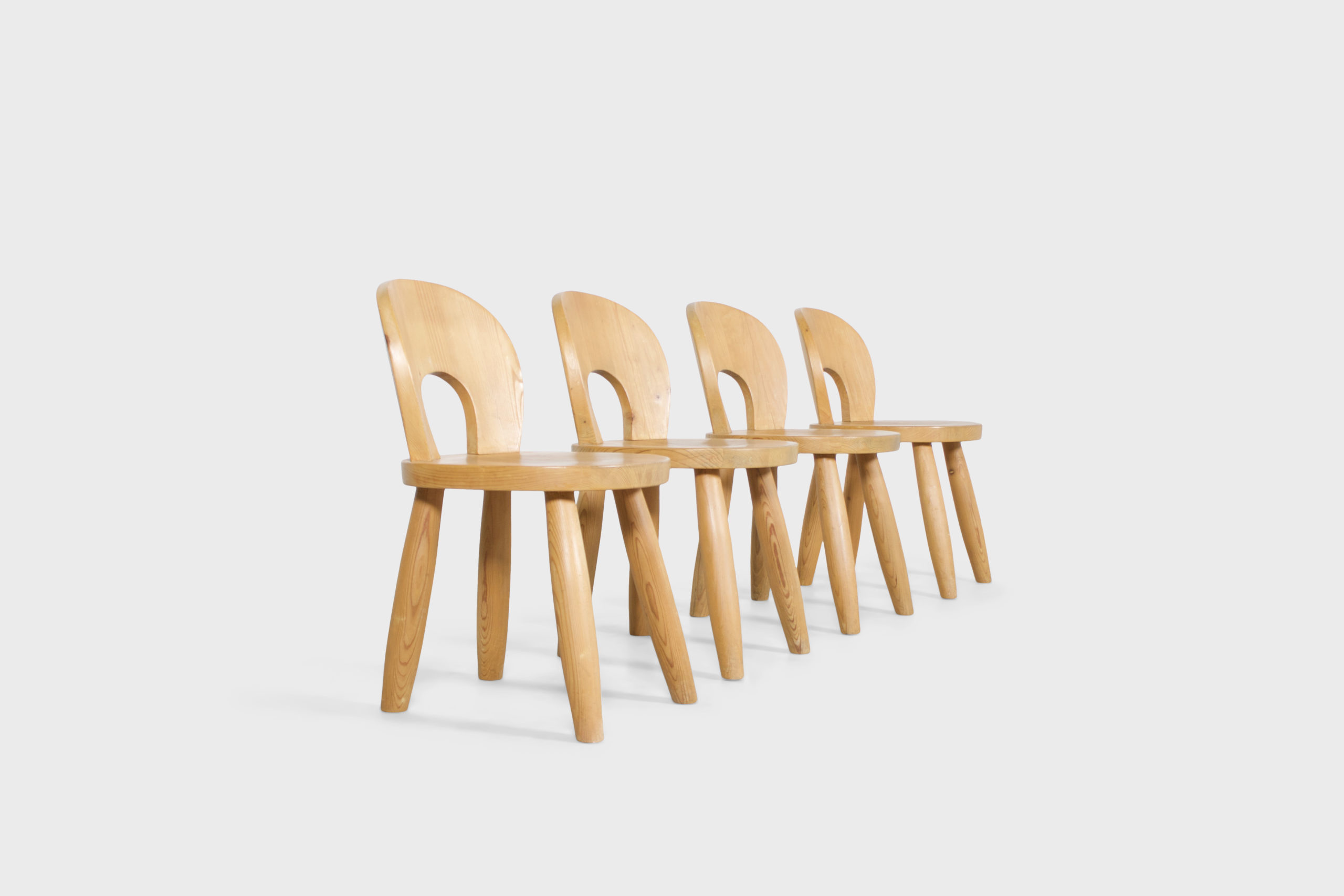 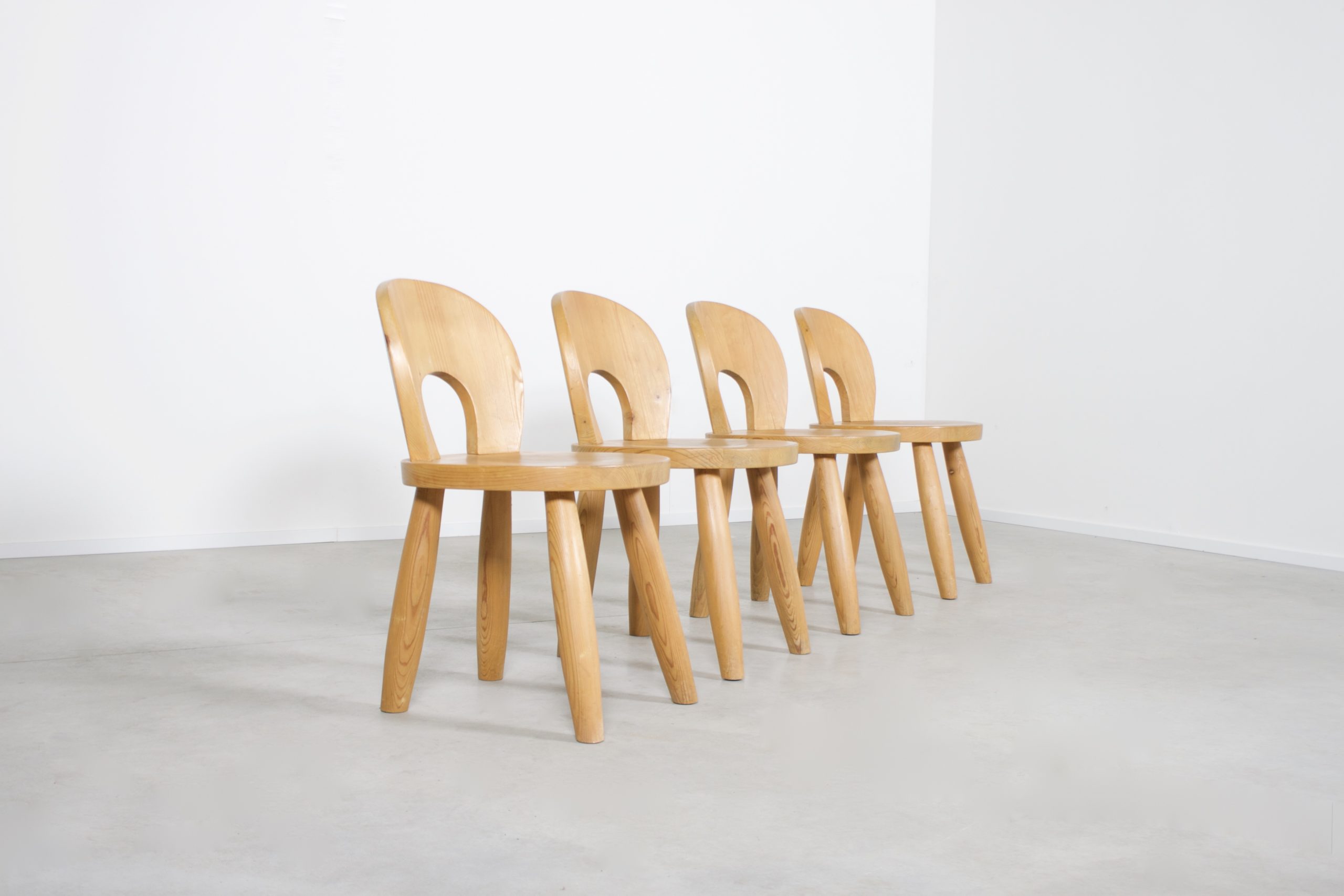 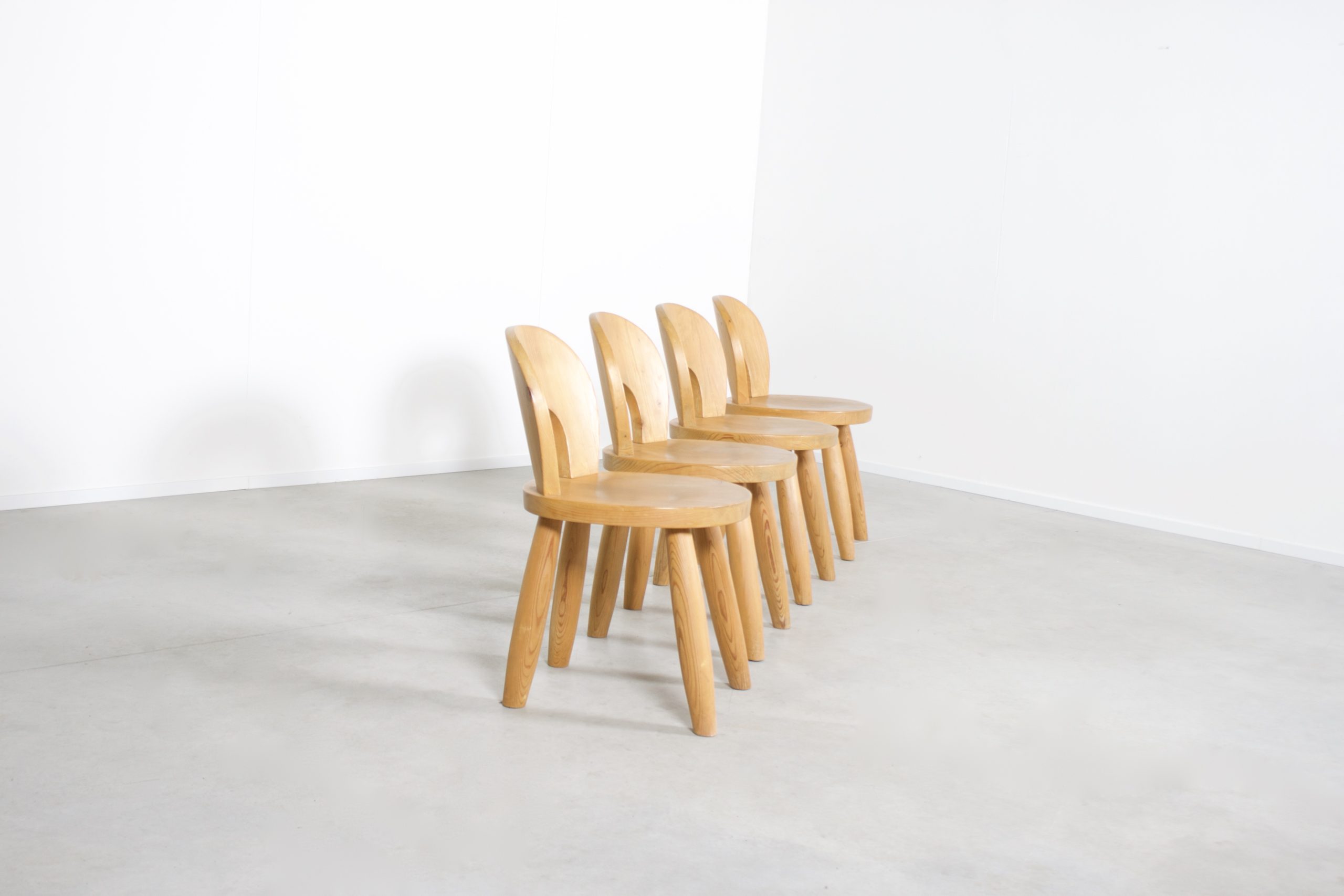 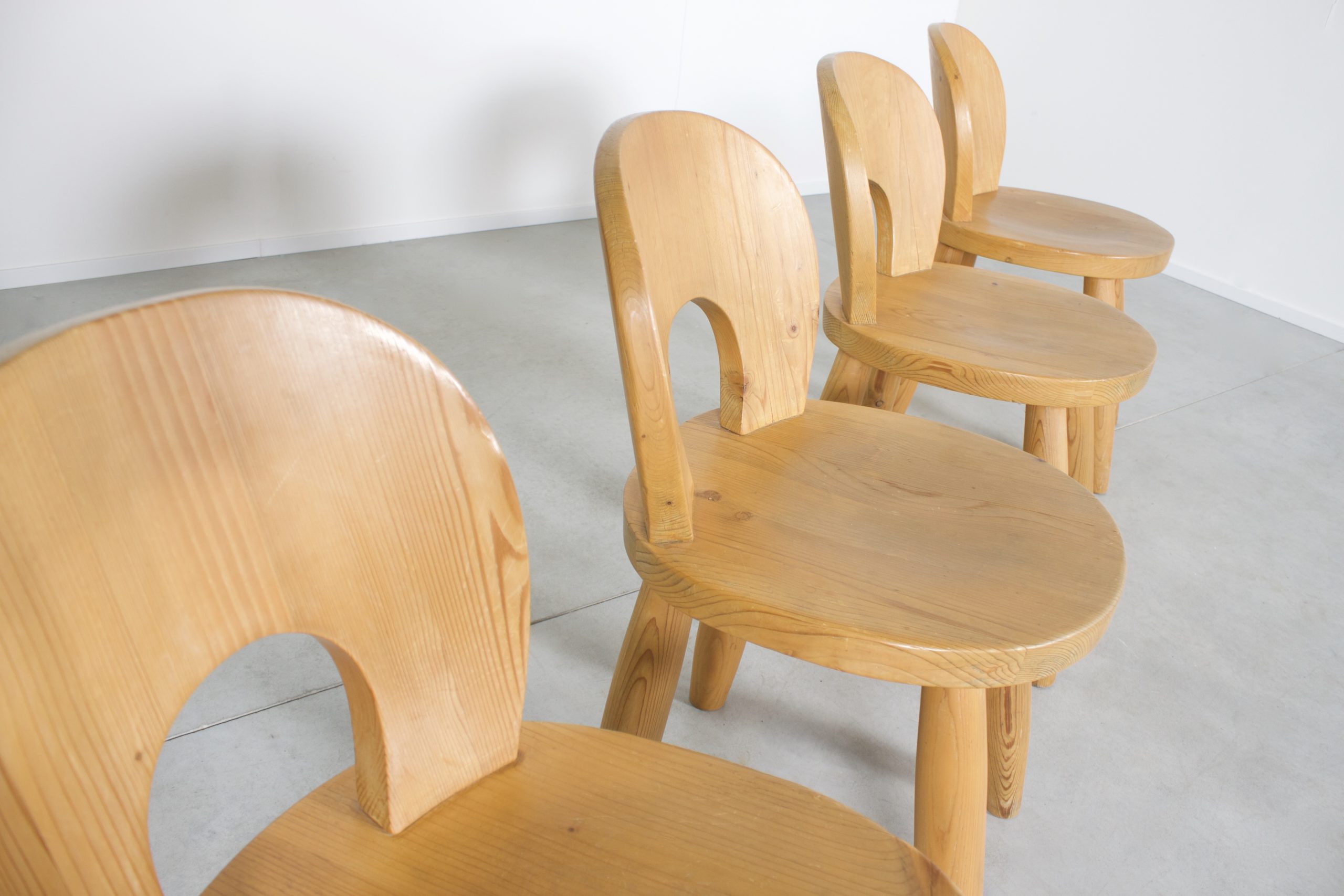 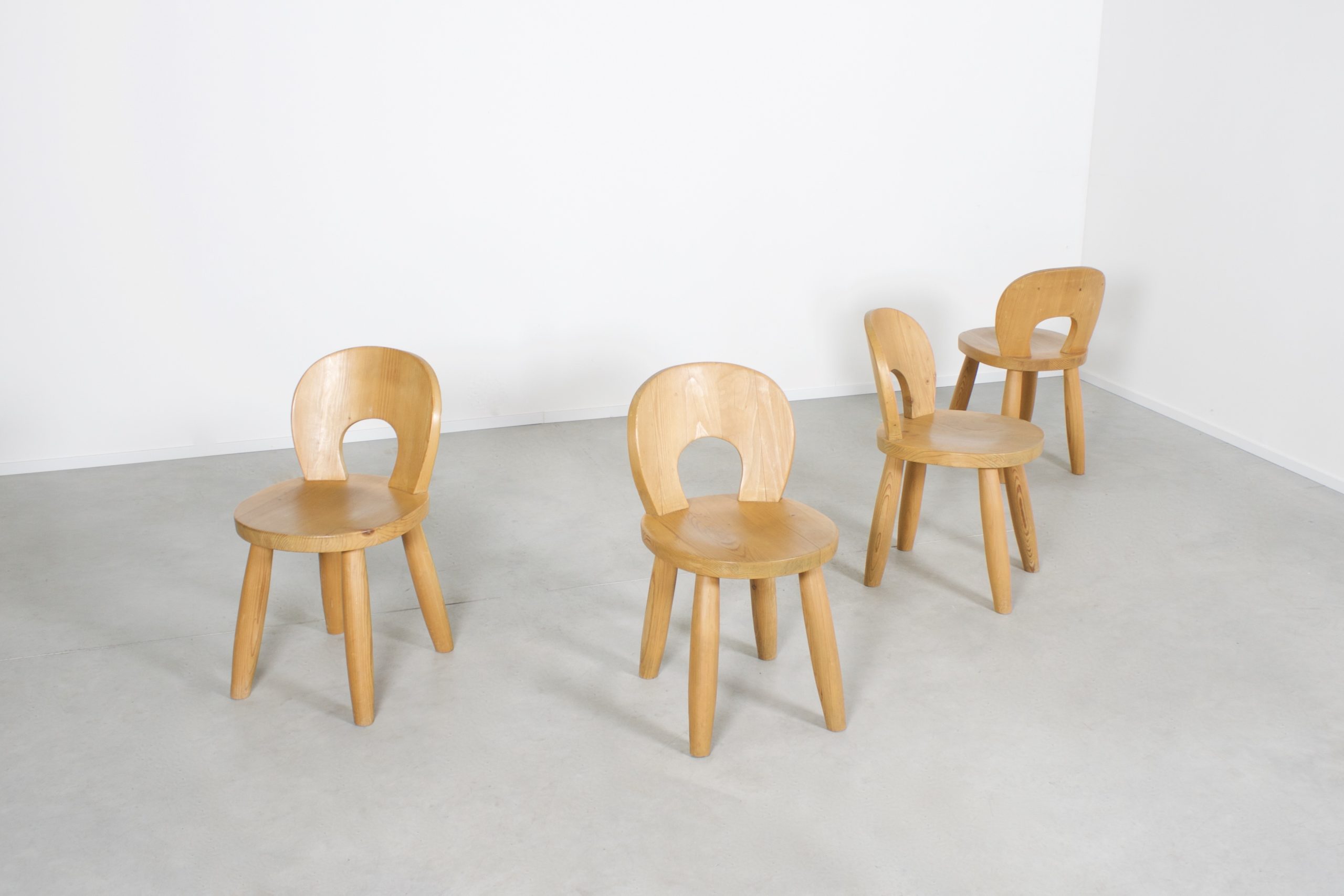 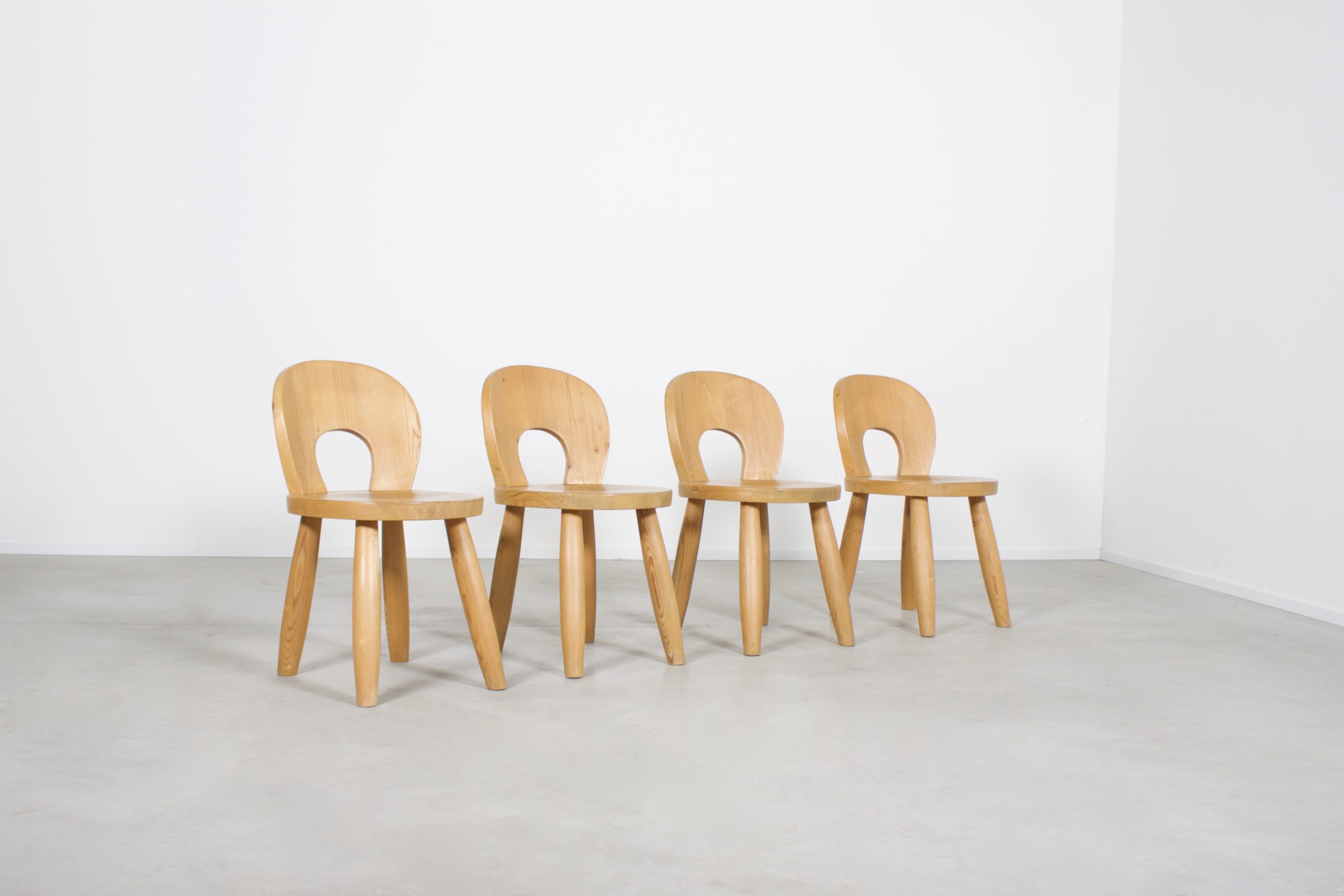 Set of four solid pine chairs in very good condition.
The chairs are made by Gebrüder Thonet Vienna

Set of four solid pine chairs in very good condition. The chairs are made by Gebrüder Thonet Vienna in the late 1970s (stamped on the underside of the seat) They are made of solid pine wood. The chairs have thick heavy legs and a low round back, the proportions of the chairs are a little bit off which makes them very interesting. Michael Thonet (1796-1871) and his five children were the most successful manufacturers of furniture in the Industrial Age. Having been invited to develop a patent in Austria by Chancellor Metternich, who had seen his products at the Exhibition held by the society of friends of arts in Koblenz, in 1842, Michael Thonet left Boppard, to settle in Vienna, where in 1853 he founded the company “Gebrüder Thonet” by involving his five sons.