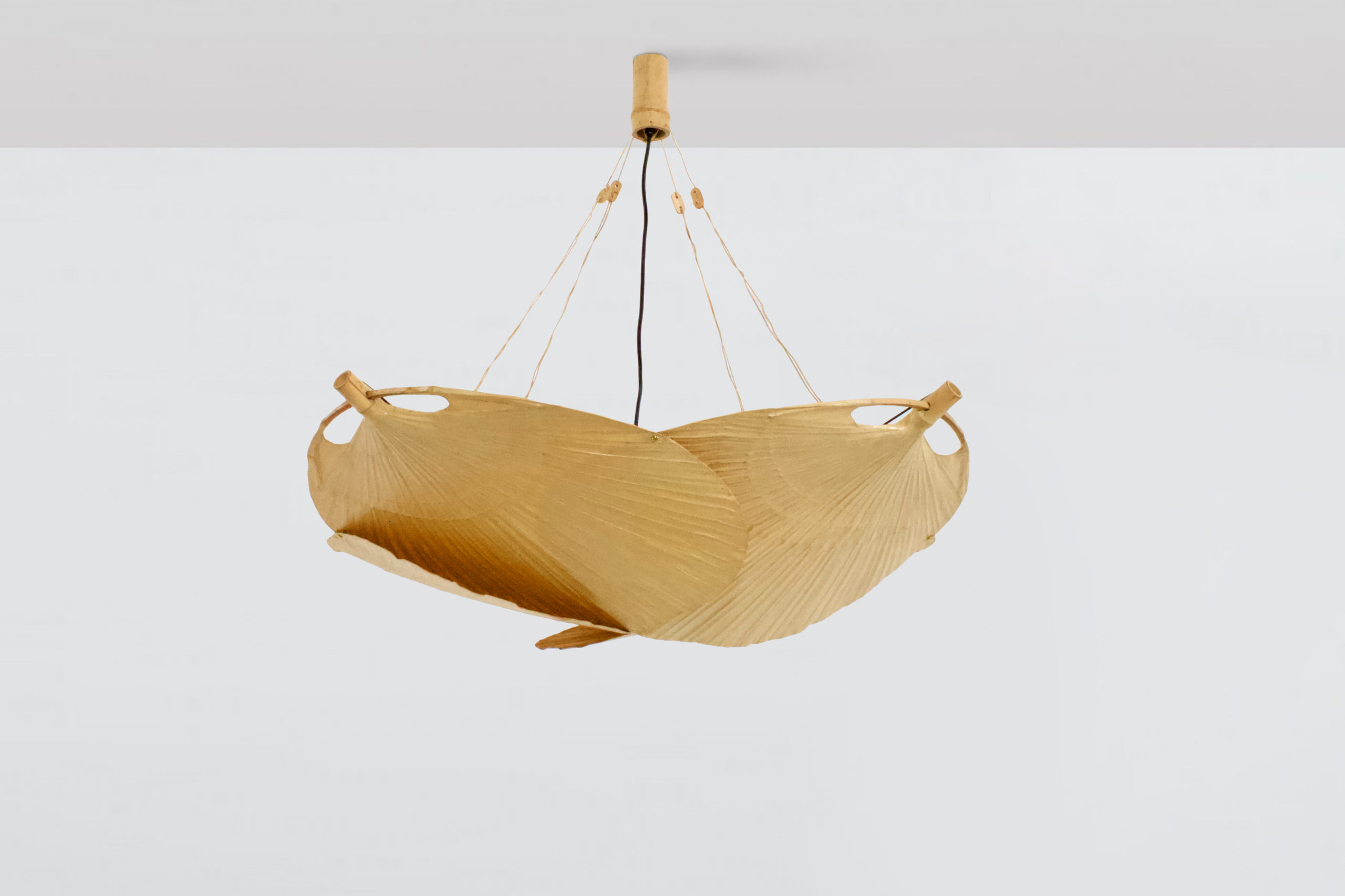 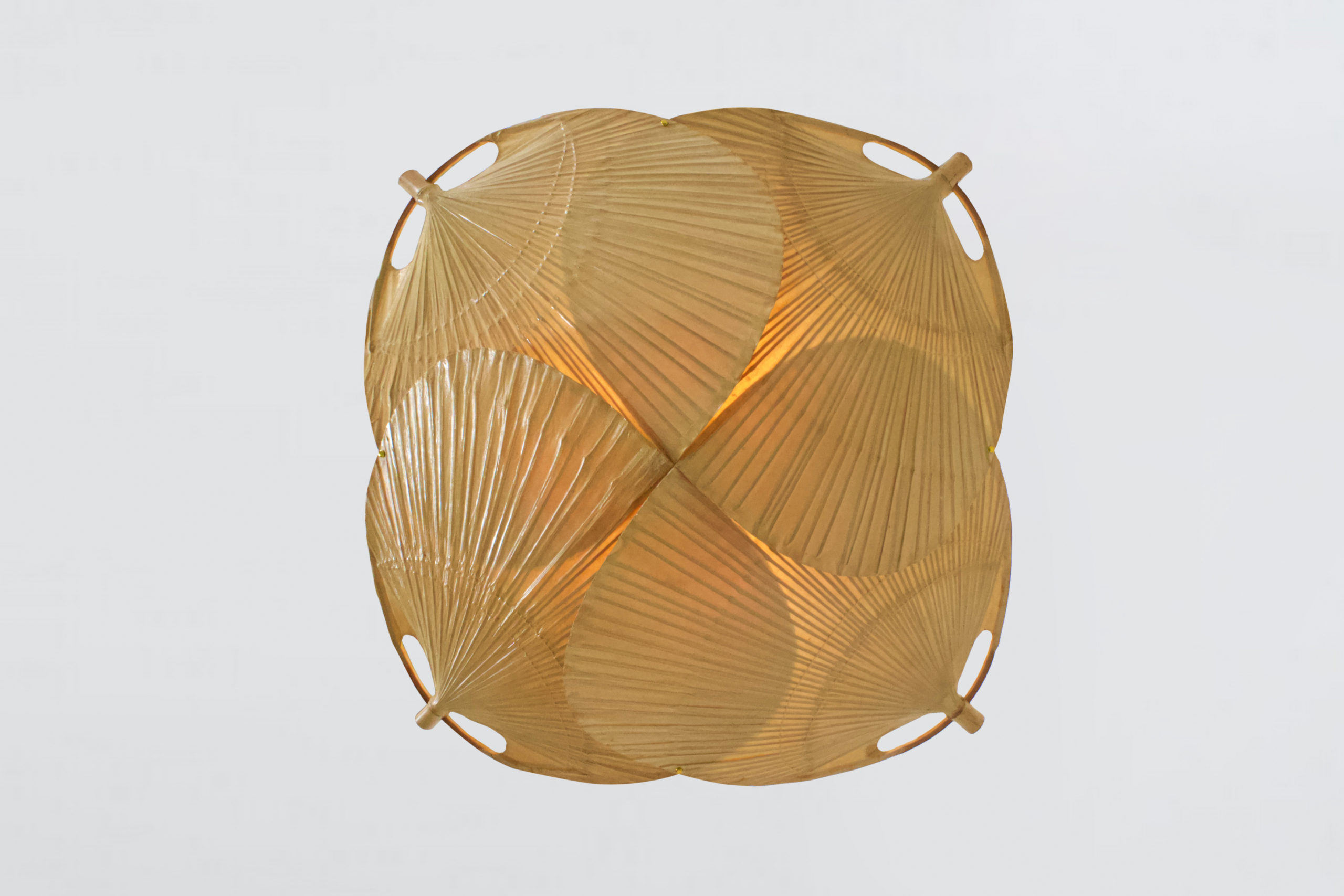 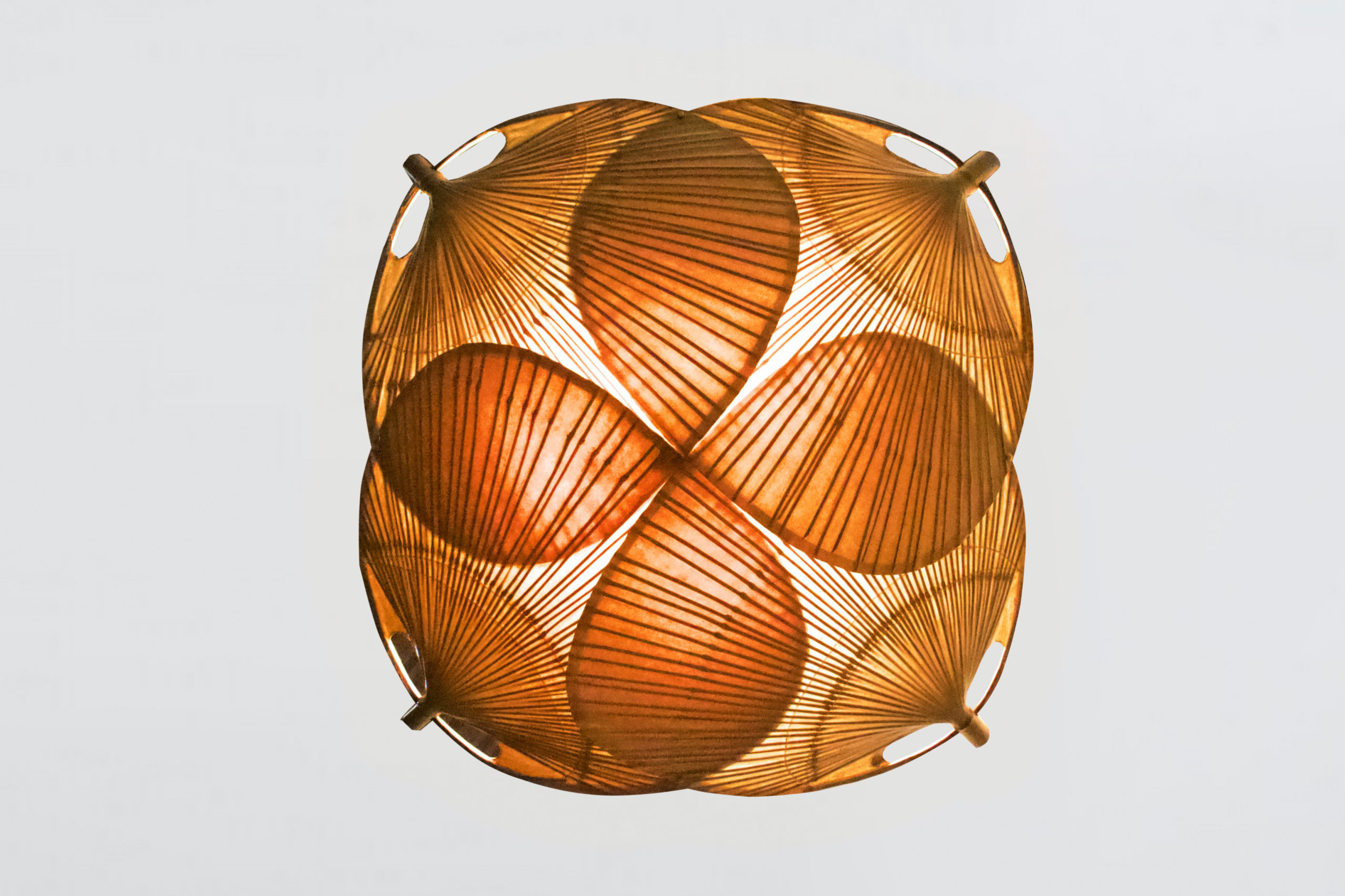 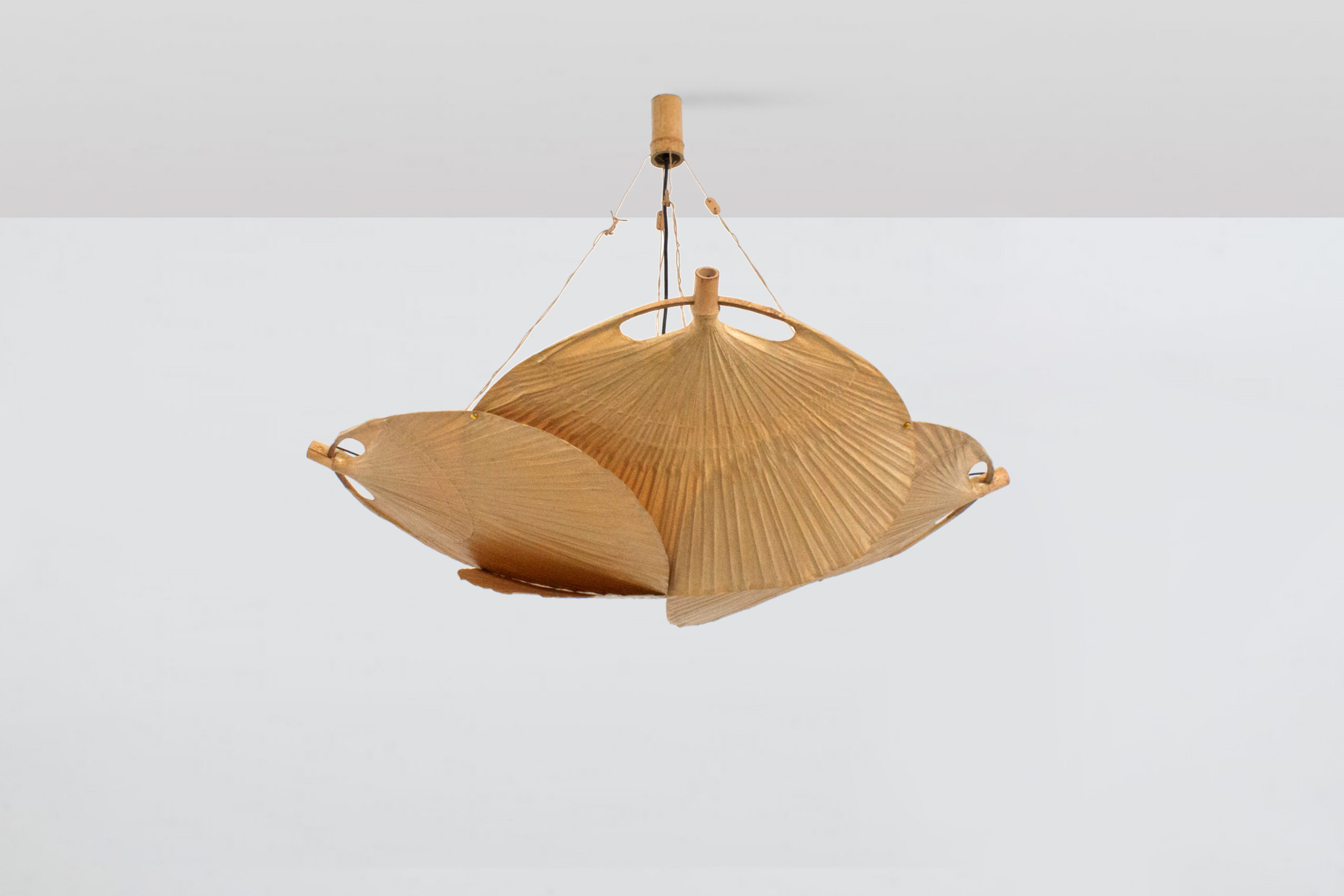 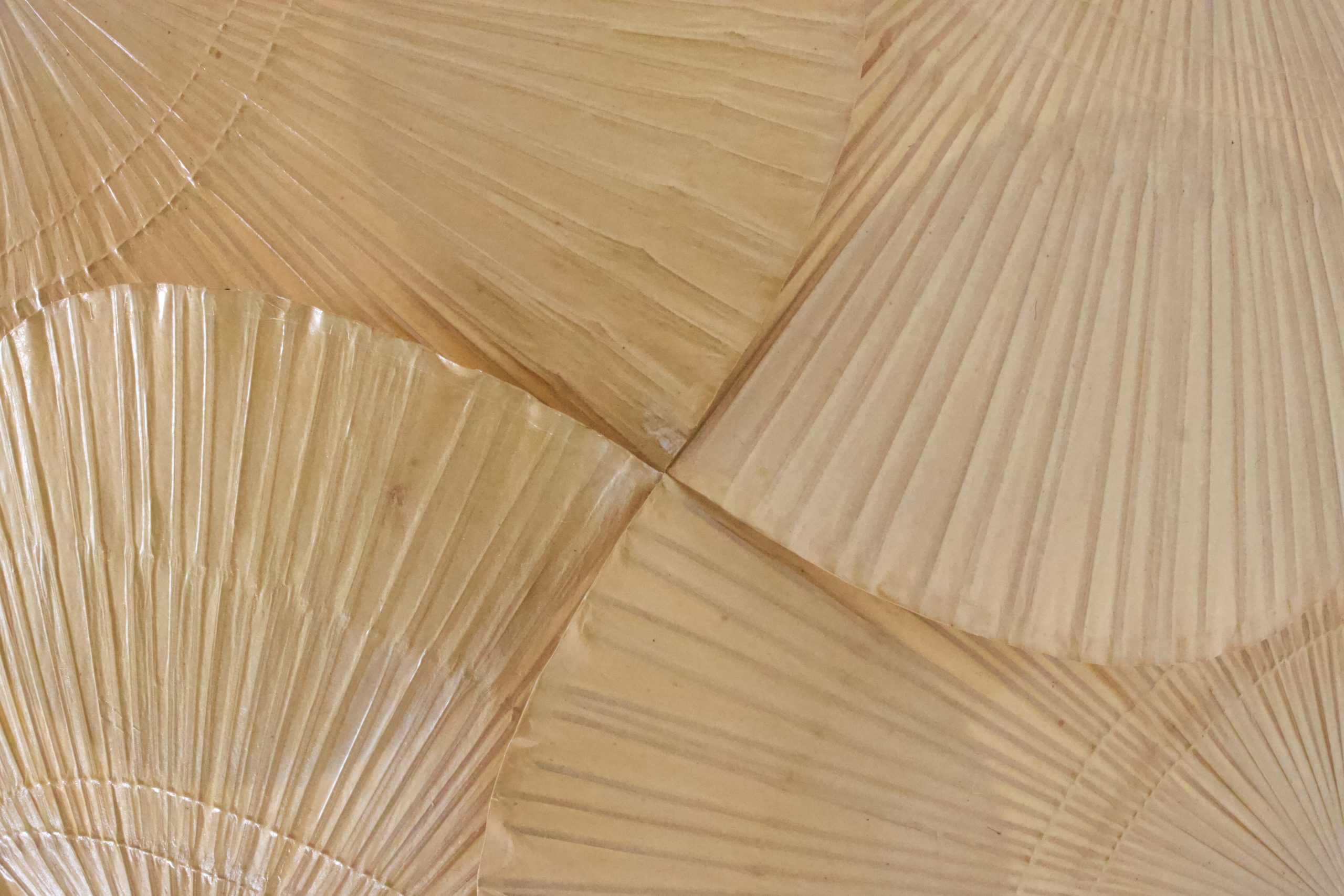 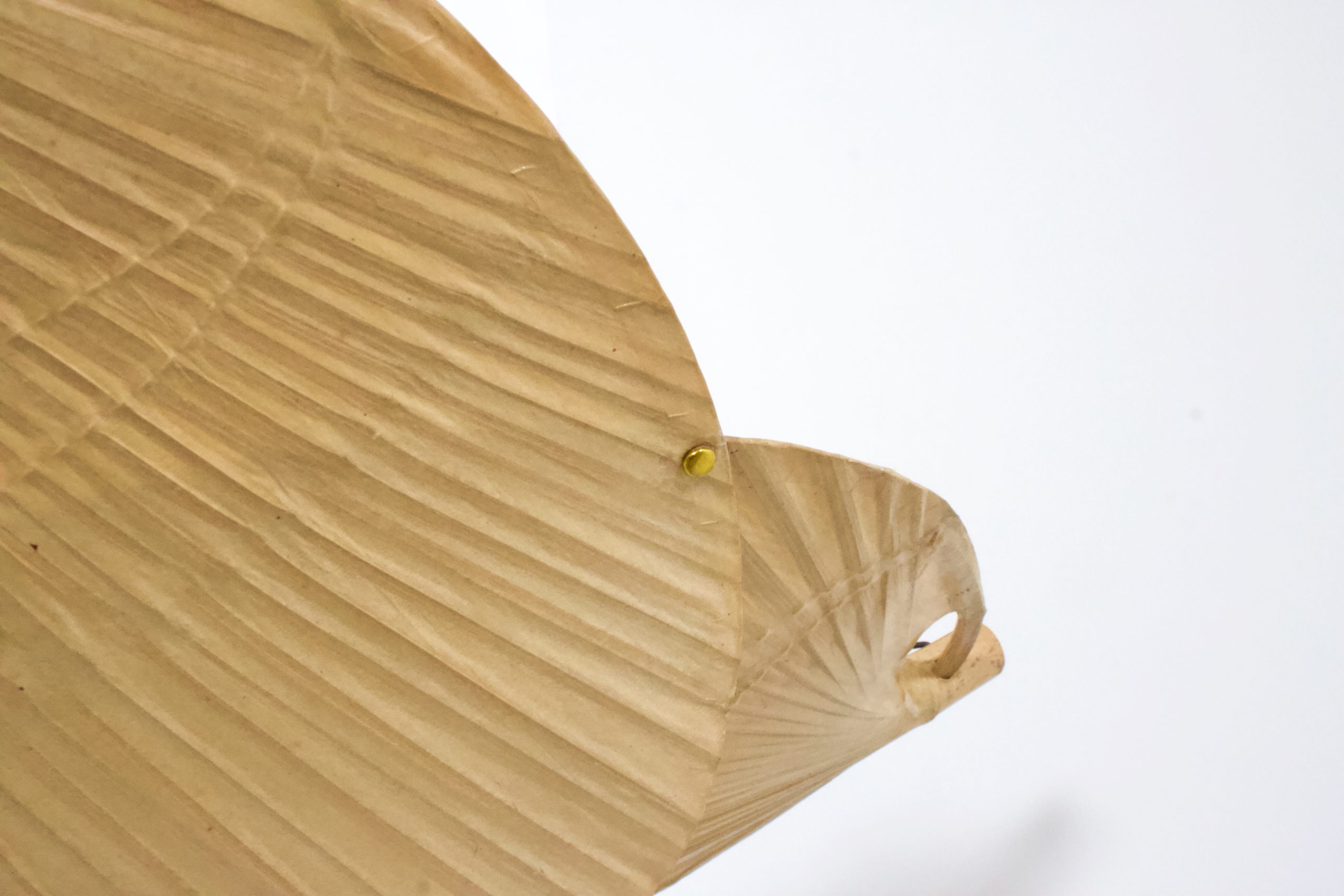 Large ‘Yotsuba’ chandelier in excellent condition.
Designed by Ingo Maurer in the 1970s Manufactured by M Design, Germany
The ‘Yotsuba' chandelier is only produced for one year.
It is handmade from bamboo and Japanese rice paper and hangs from three ropes which can be adjusted to alter the drop of the lamp.
The chandelier consists of 4 large fans which are interlocked, when lit they seem translucent which gives a beautiful effect.

Ingo Maurer’s interest in paper for lampshades was linked with his interest in Japan. From 1973-1975 he produced various lamps from traditional Japanese fans.