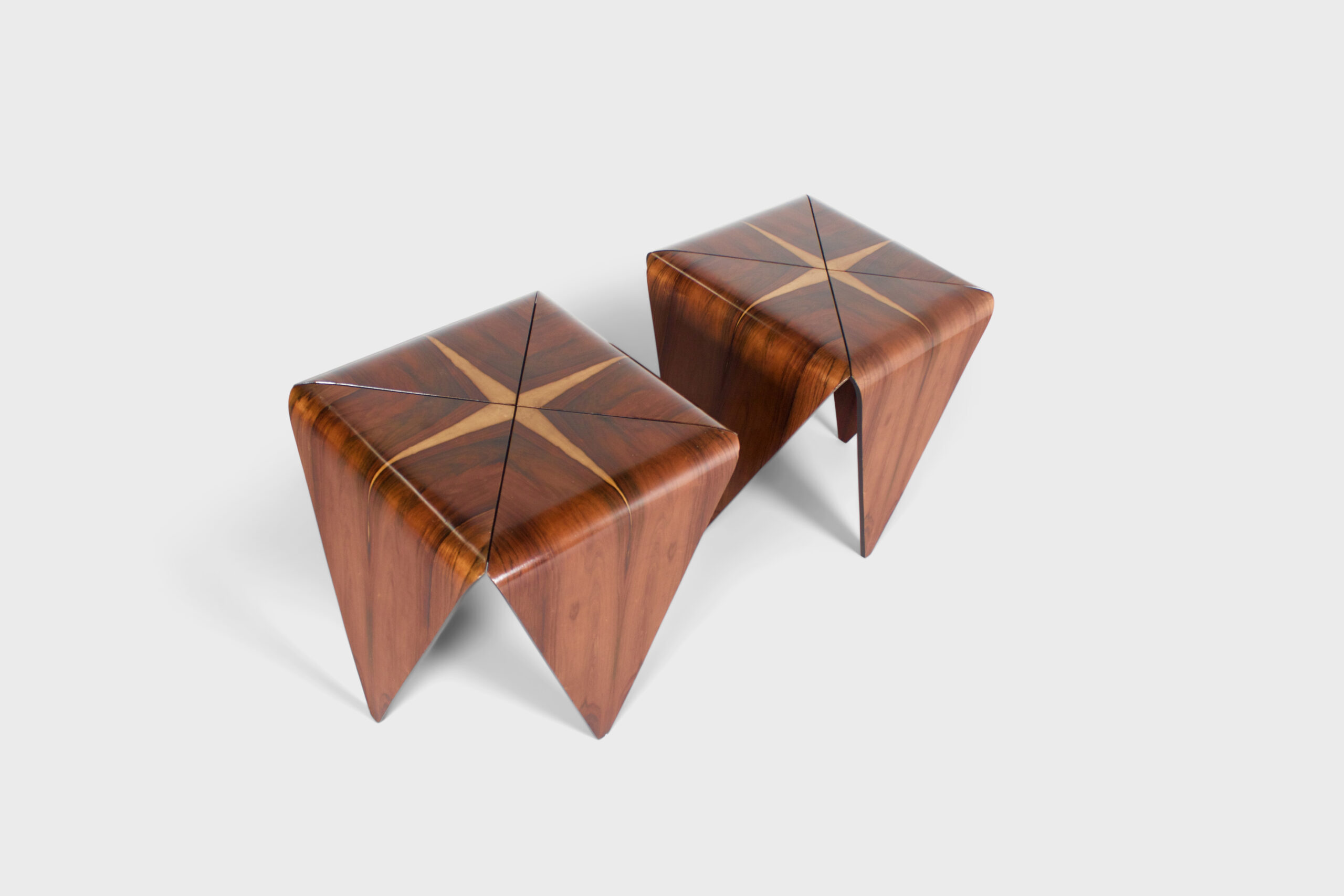 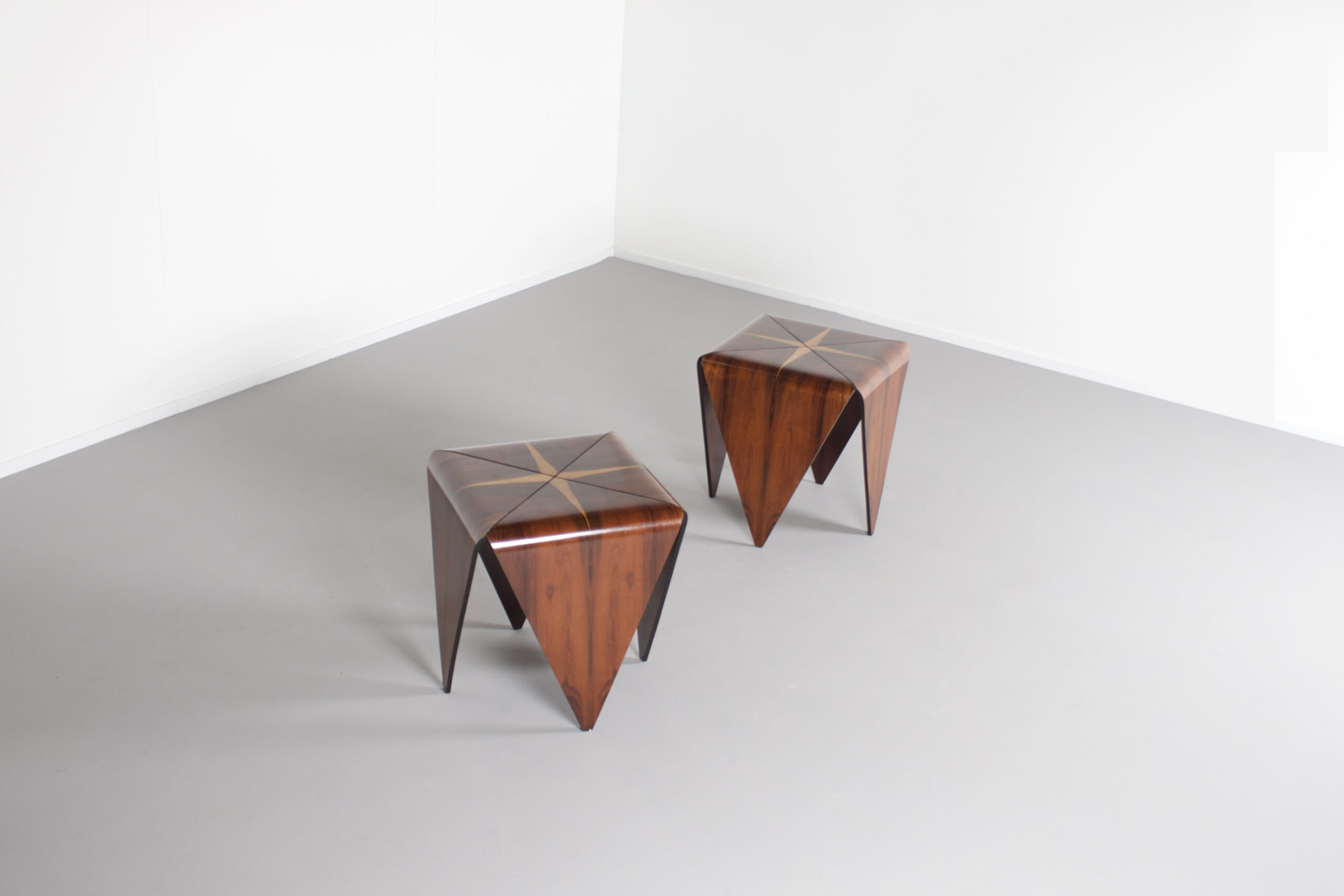 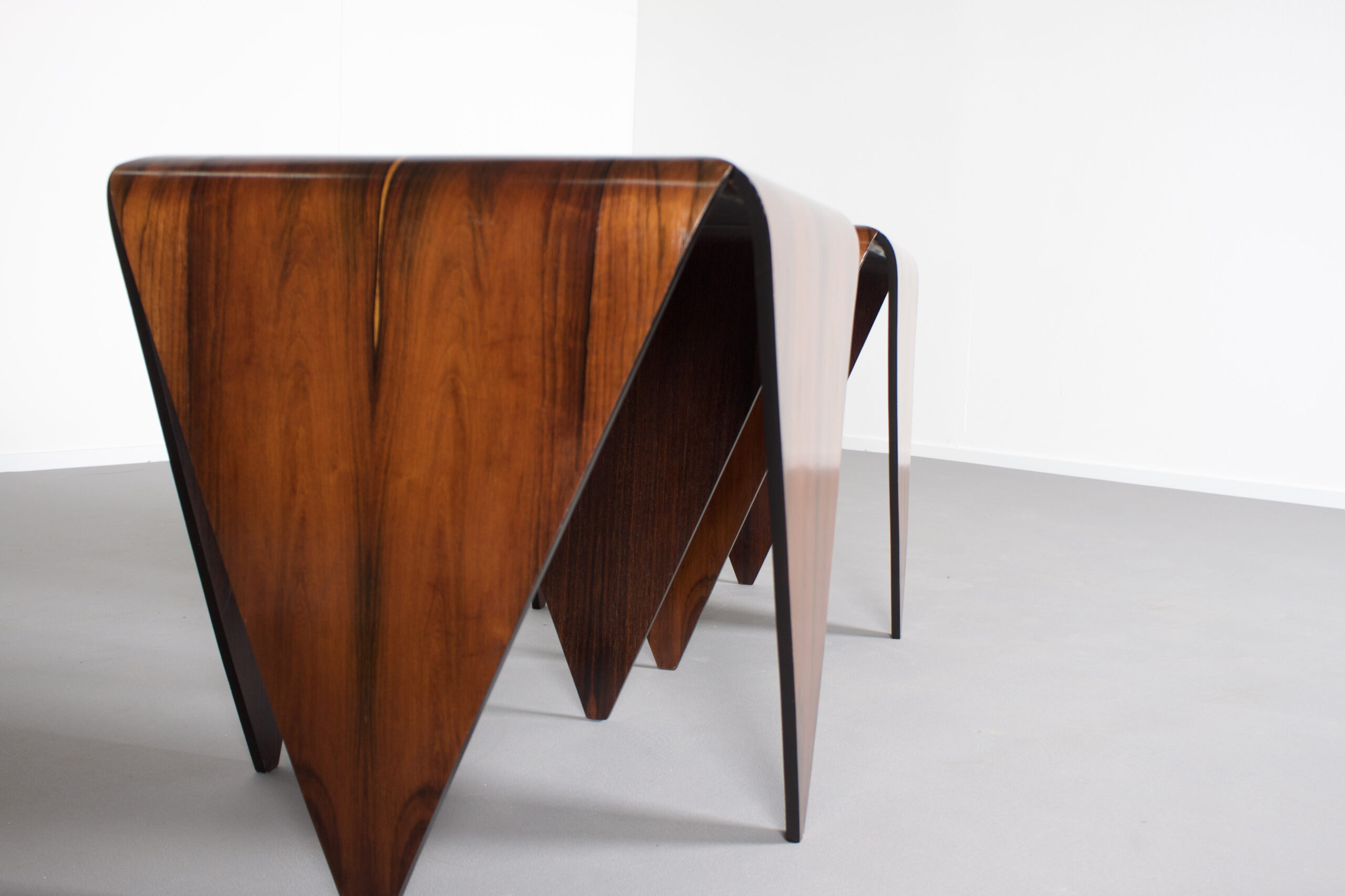 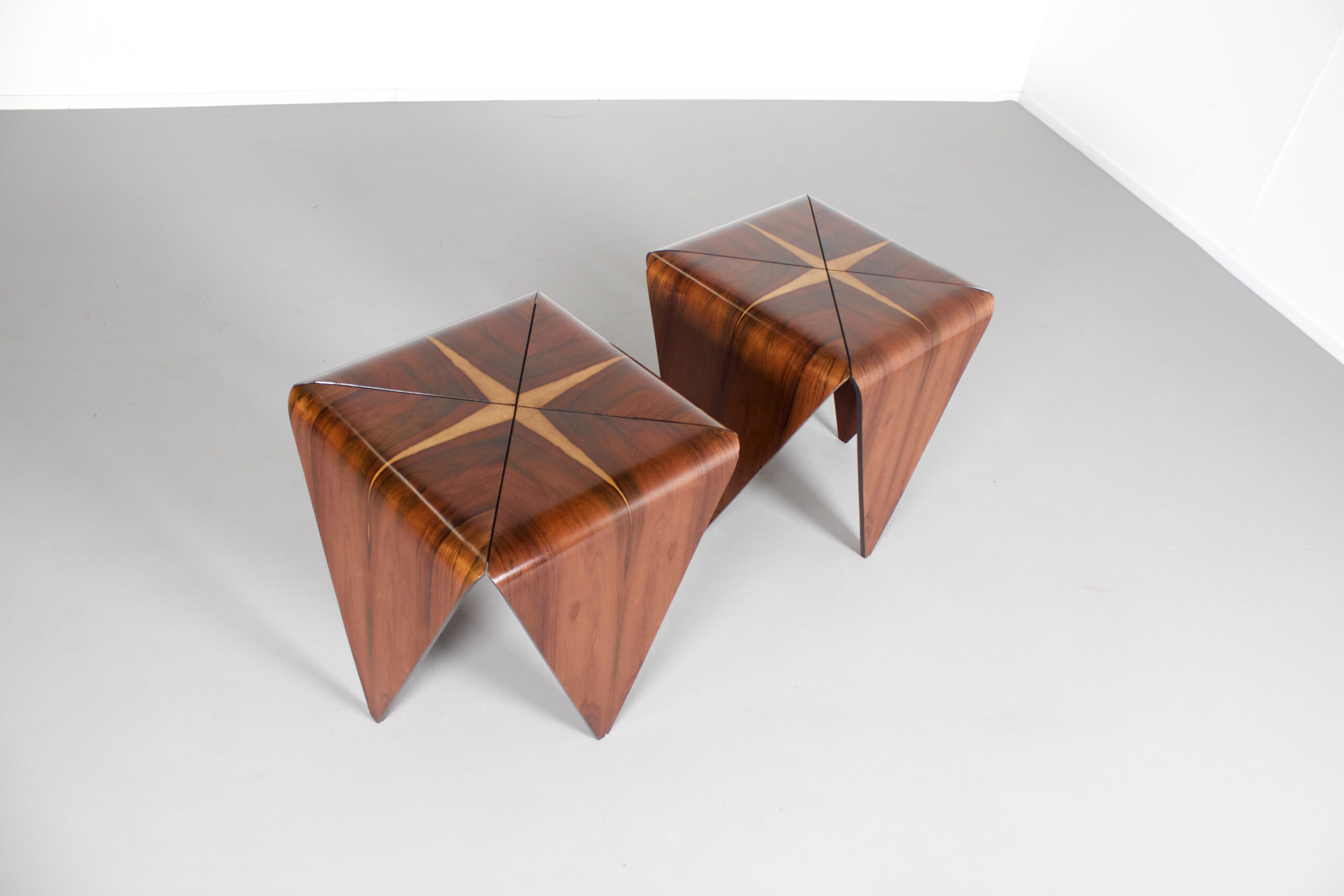 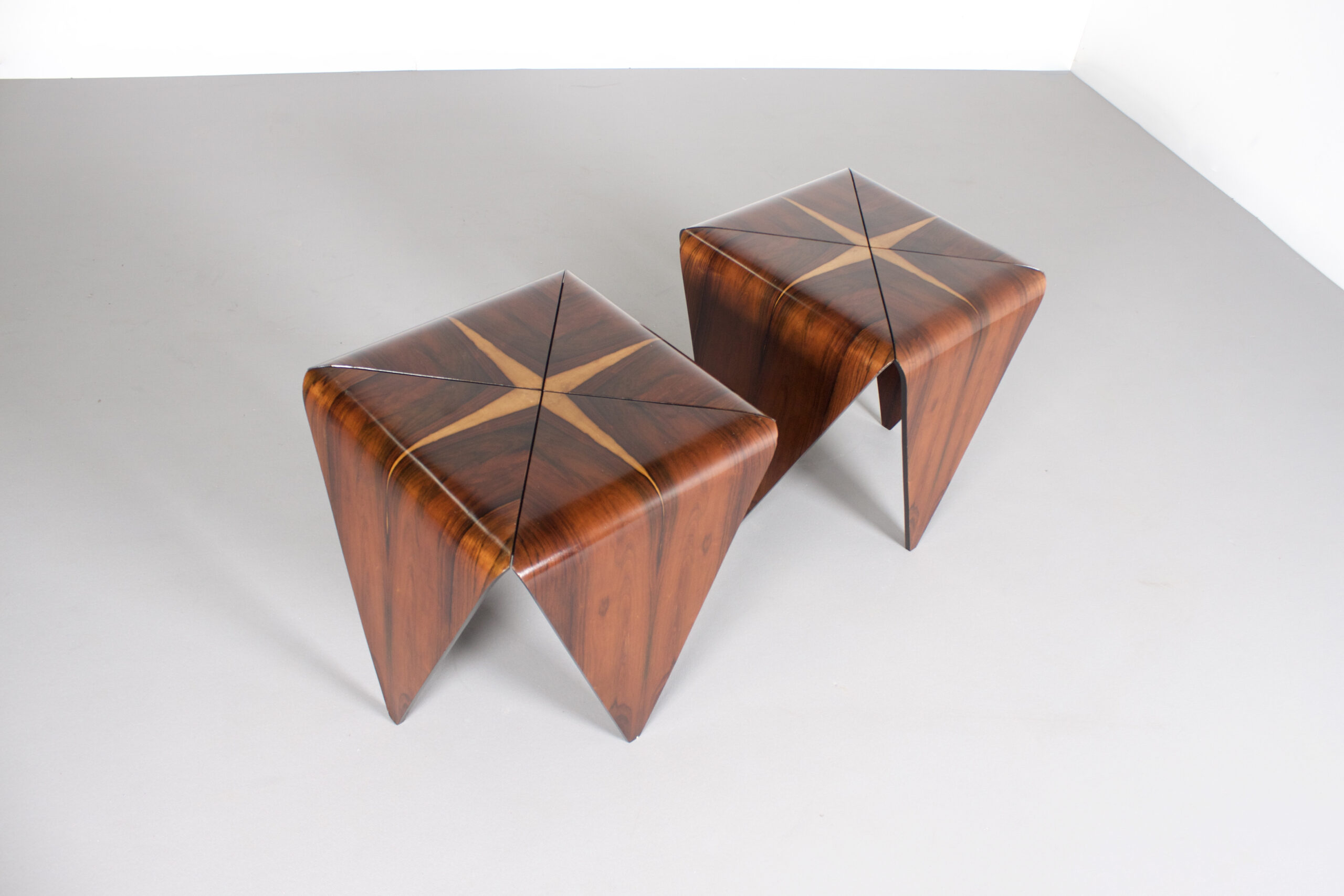 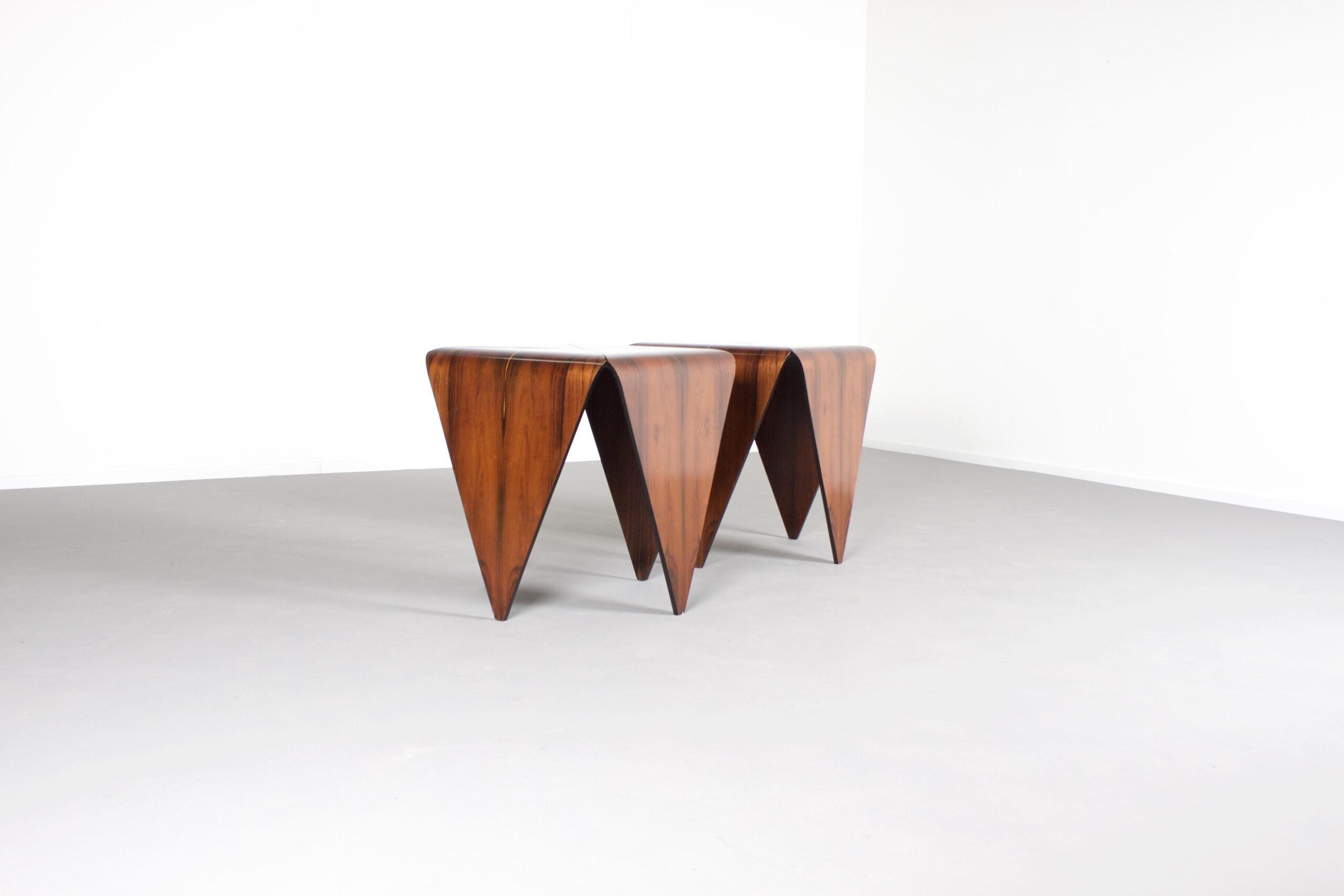 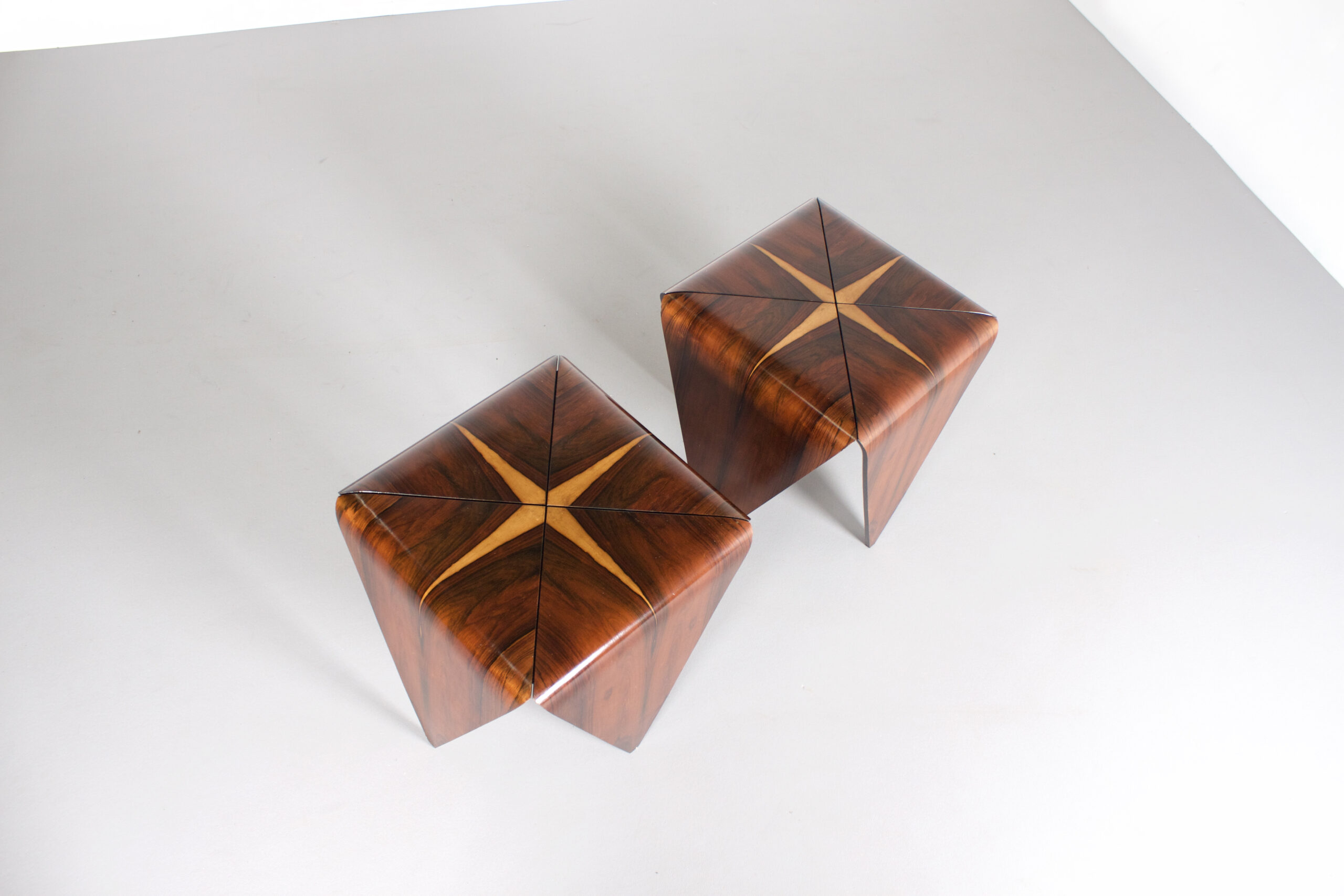 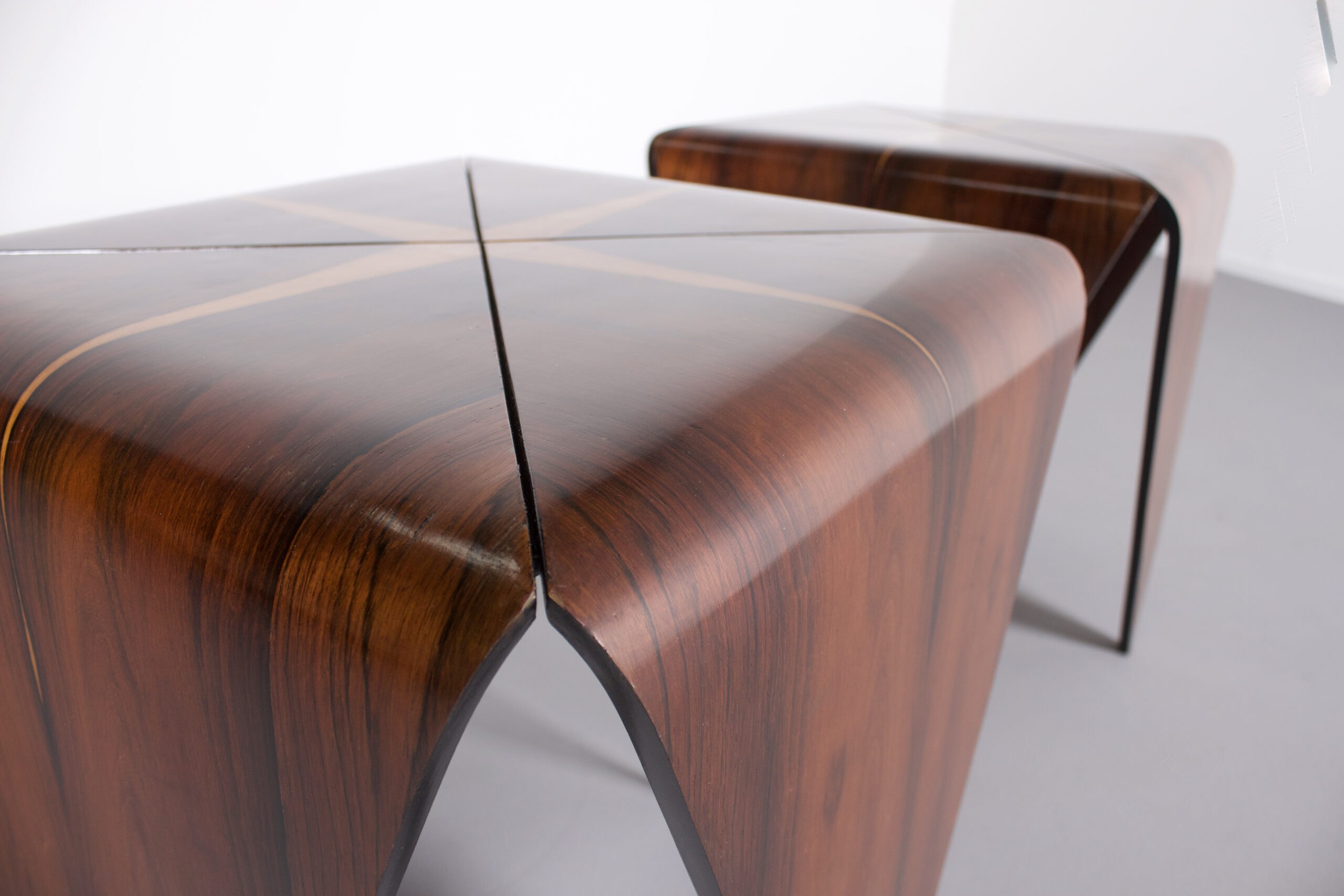 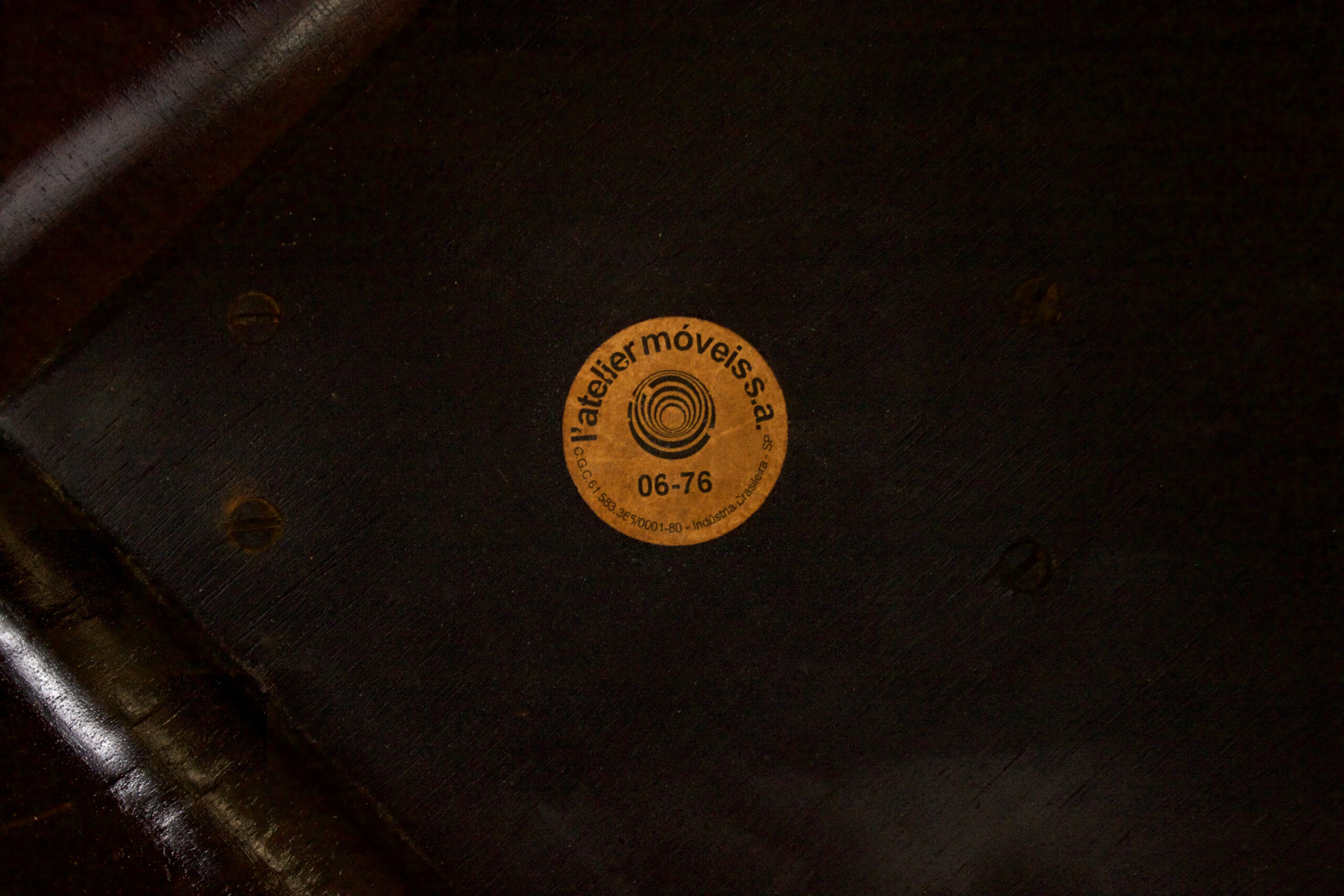 Impressive ‘Petalas’ side tables in very good condition.
Designed by Jorge Zalszupin.
Manufactured by his own company L’Atelier, Brazil, 1959.

Impressive ‘Petalas’ side tables in very good condition. Designed by Jorge Zalszupin. Manufactured by his own company L’Atelier, Brazil, 1959. The ‘Petalas' tables are inspired by the folded paper structures used with Origami. The tables are formed by four separate petals of Brazilian Jacaranda Rosewood and they are held together by a black wooden square structure. The Jacaranda wood has a warm colour and a beautiful grain. On the top of the tables the lighter cross shaped flames really stand out and make these tables unique. On the bottom both tables are marked (See Image) Jorge Zalszupin (1922-) coffee table model “Petalas” Manufactured by L’Atelier Brazil, 1960s Jacaranda, iron structure Measurements 140 cm diameter x 32 cm height 55.11 in diameter x 12.59 in height Literature Maria Cecilia Loschiavo dos Santos, Jorge Zalszupin, Design Moderno no Brasil, Éditions Olhares, São Paulo 2014 Provenance Private collection, Sao Paulo Biography Jorge Zalszupin a native of Warsaw, Poland, studied architecture at Bucharest’s Ecole des Beaux Arts. While working as an architect in Paris, he found inspiration in articles about Brazilians Oscar Niemeyer and Roberto Burle Marx and immigrated to Brazil in 1949. There, he founded L’Atelier in 1959, which would become one of the most important furniture companies in Brazil. Pioneering use of plywood and chromed metal became the signature of L’Atelier furniture and enabled him to create sensual and elegant pieces that stand as timeless signatures of the Brazilian modernist movement. The company also had an important role in the introduction on the Brazilian market of injection-molded plastic objects.
Read Less
Details