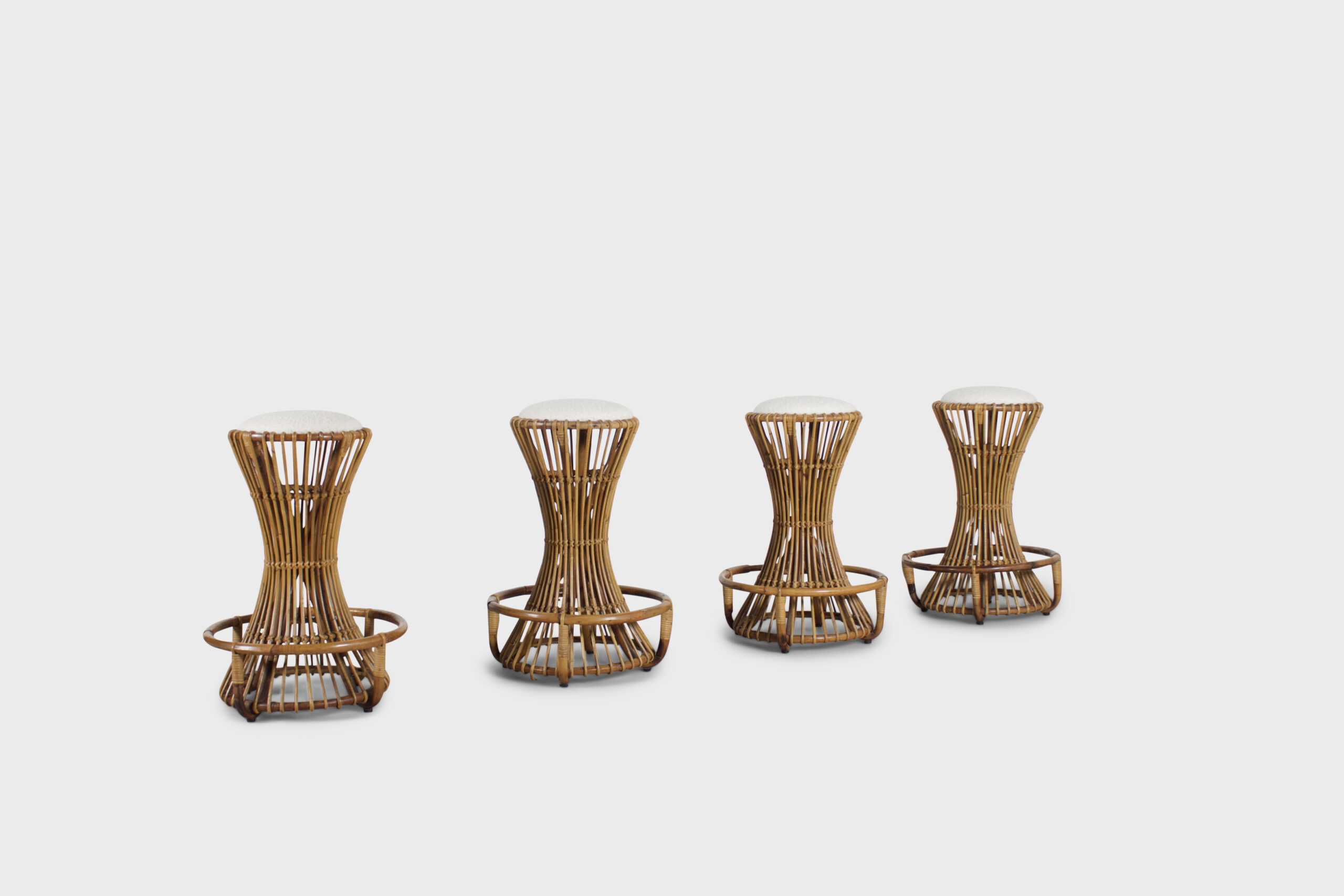 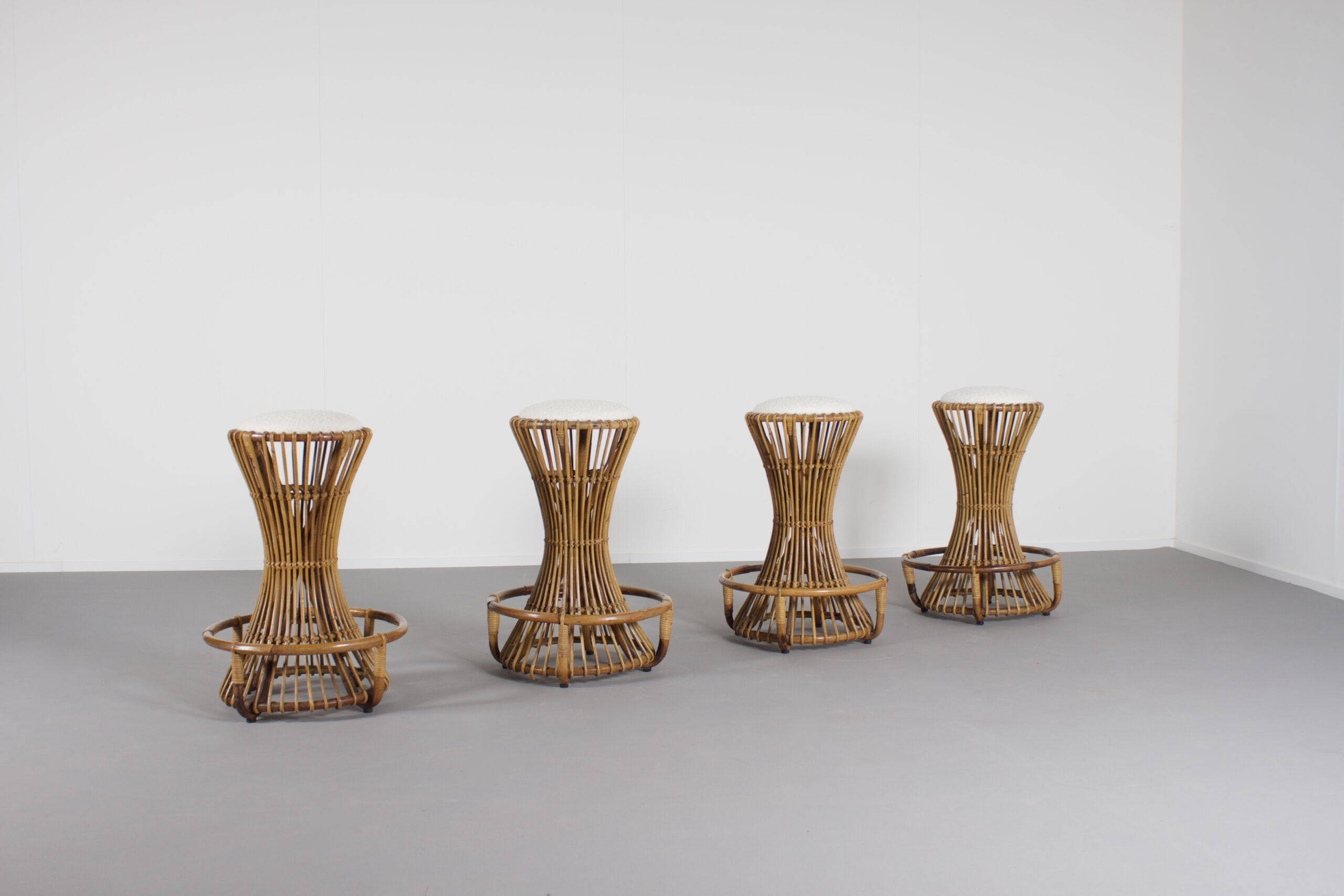 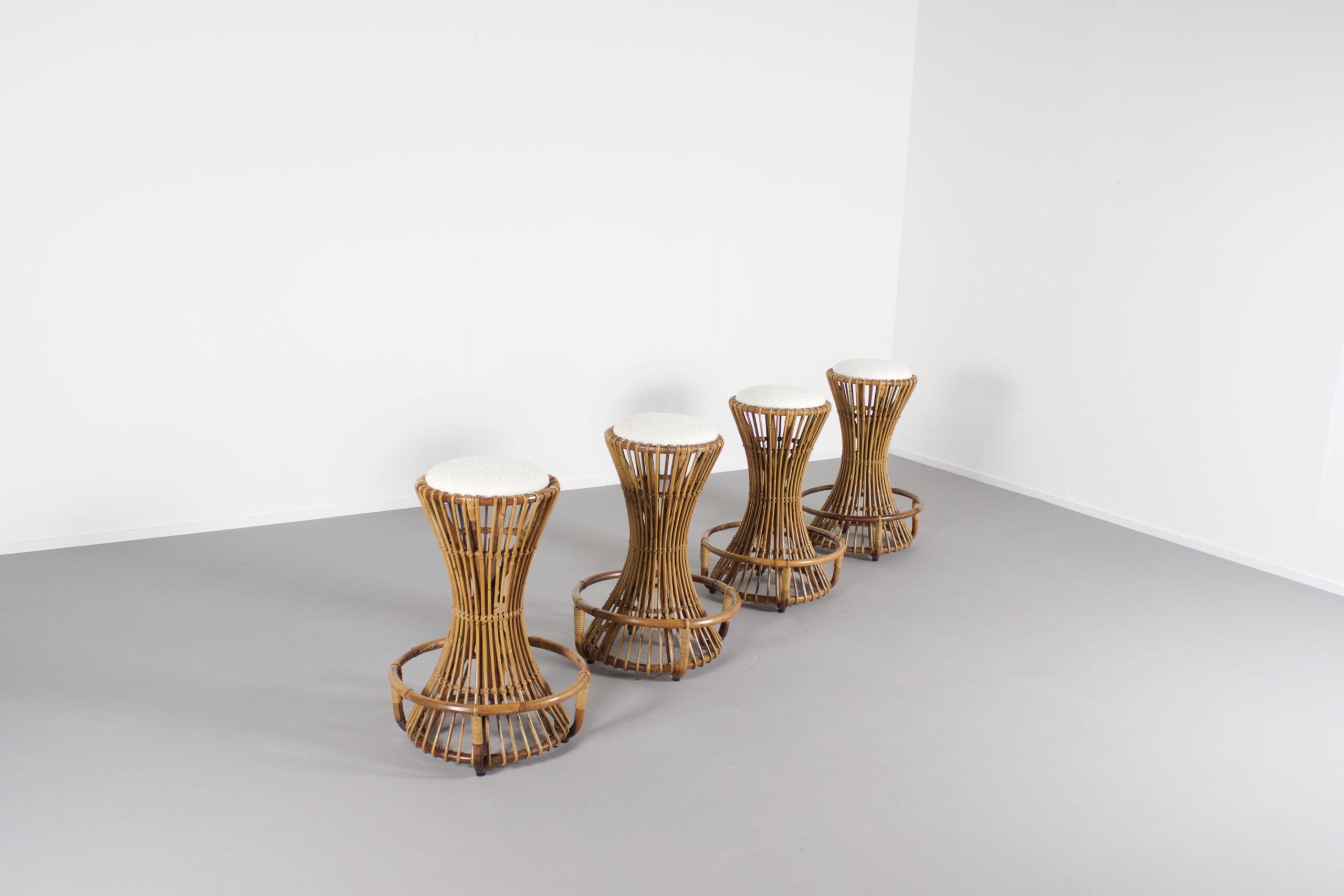 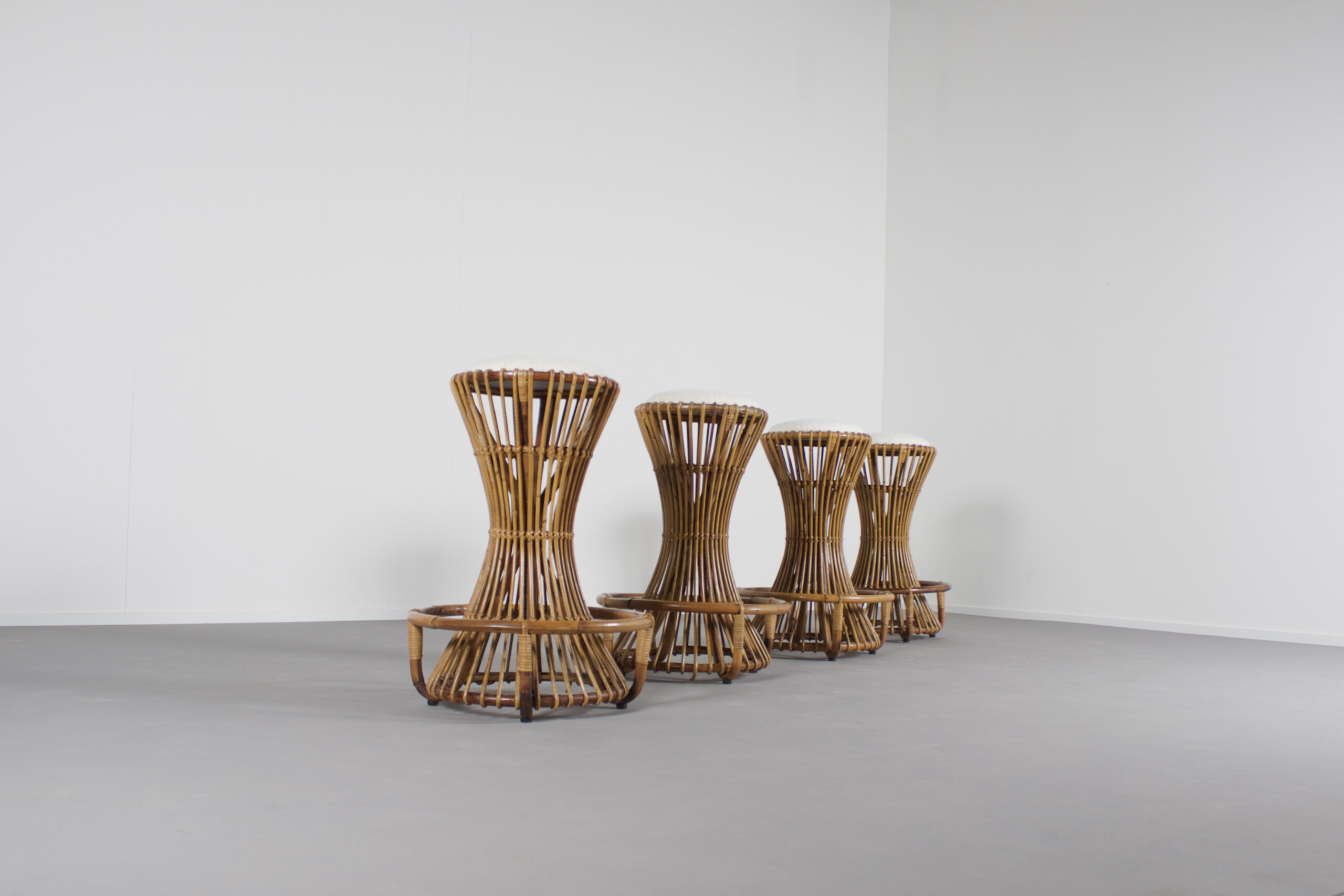 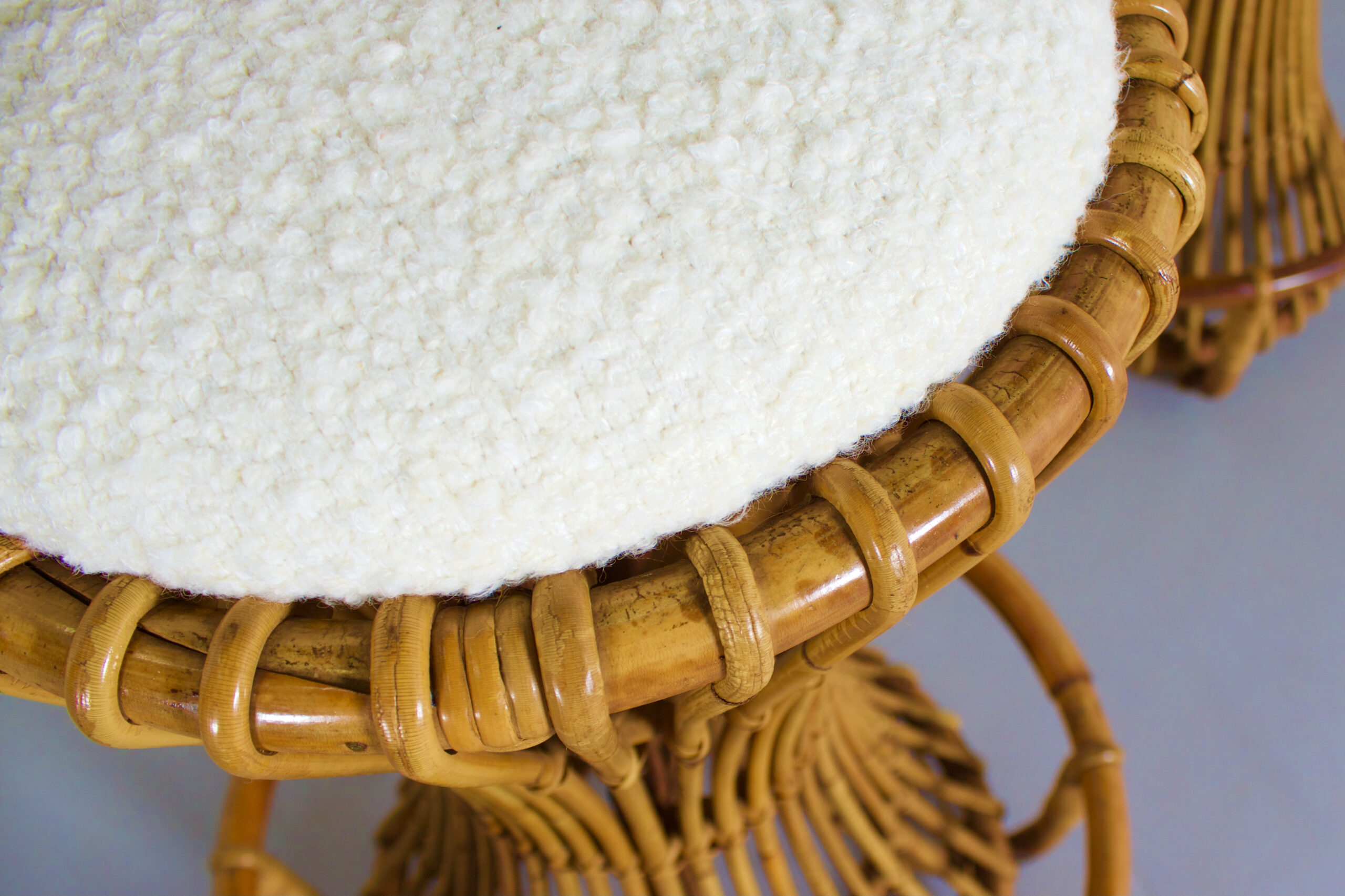 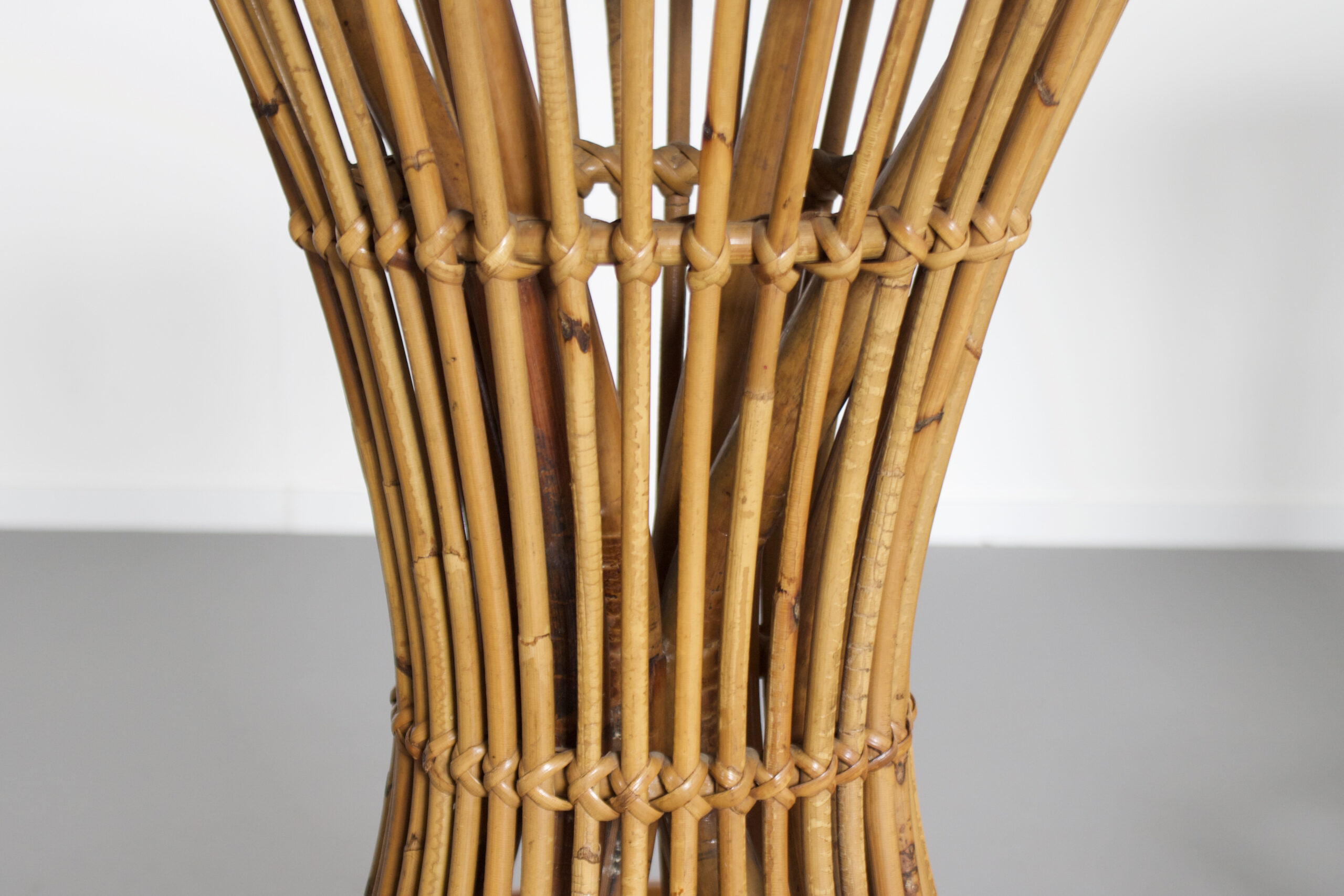 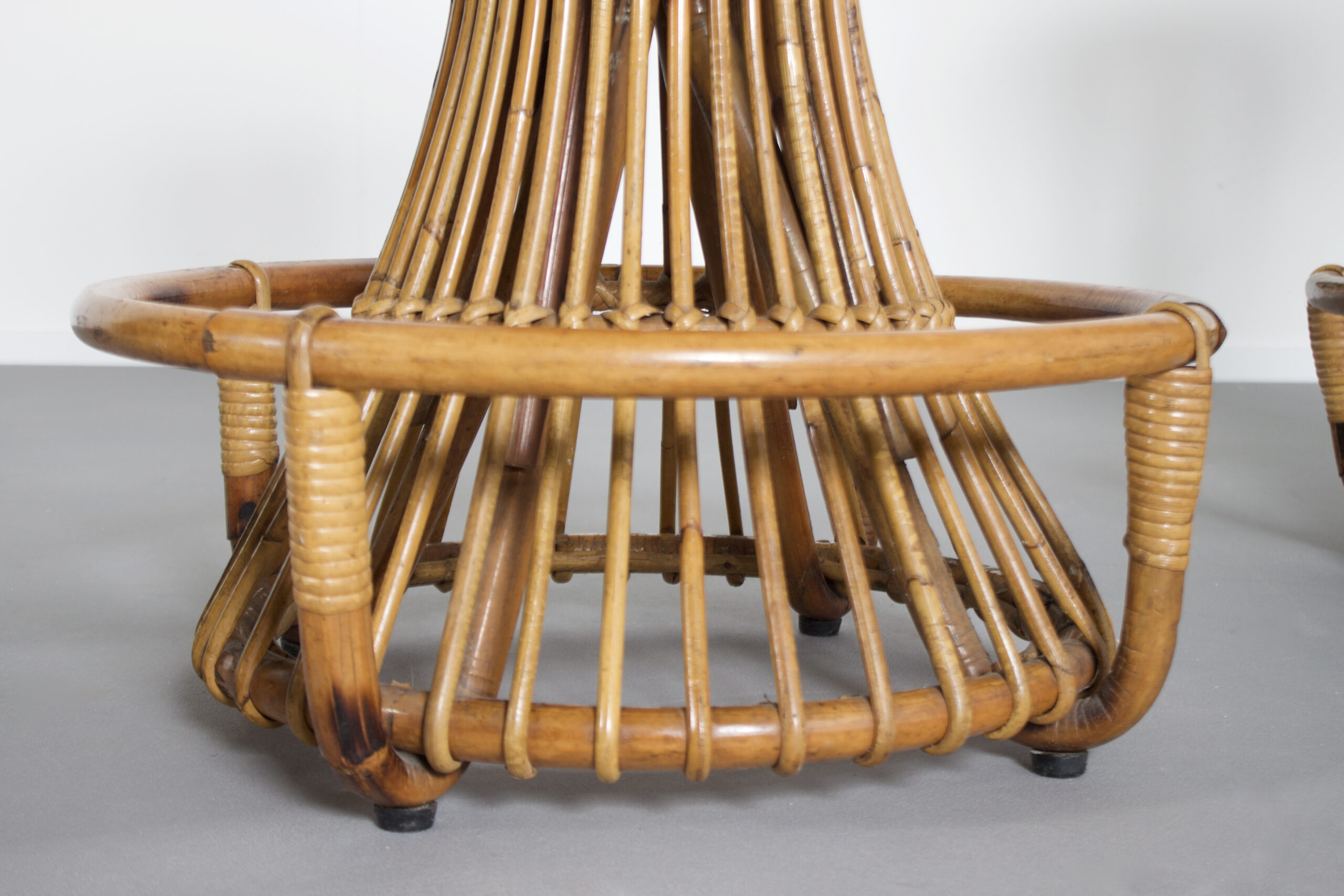 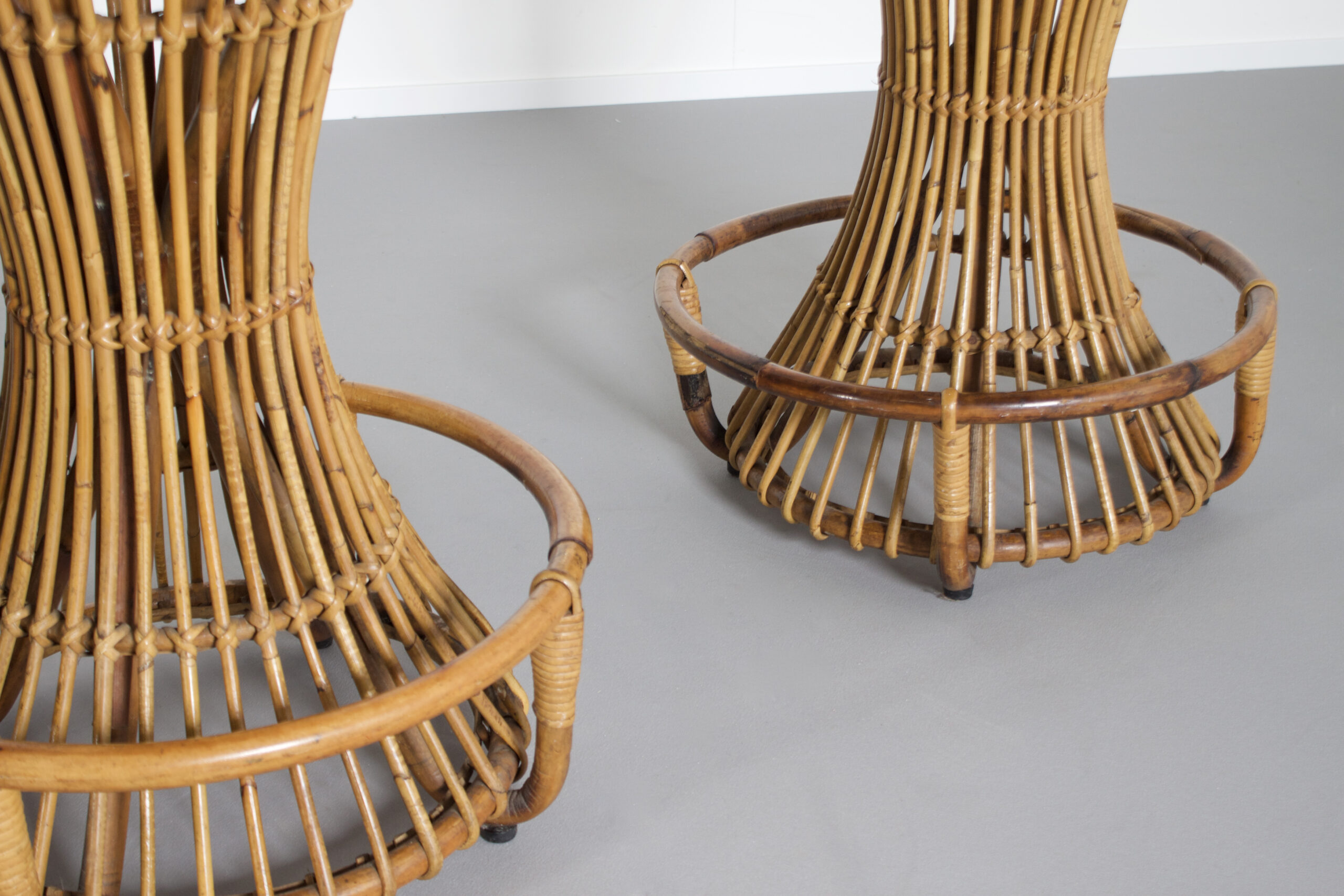 These high quality stools were handcrafted with natural materials.

The Rattan base has an elegant form which elegantly connects the seat with the distinctive footrest.

The seats are reupholstered in a thick woolen bouclé fabric.