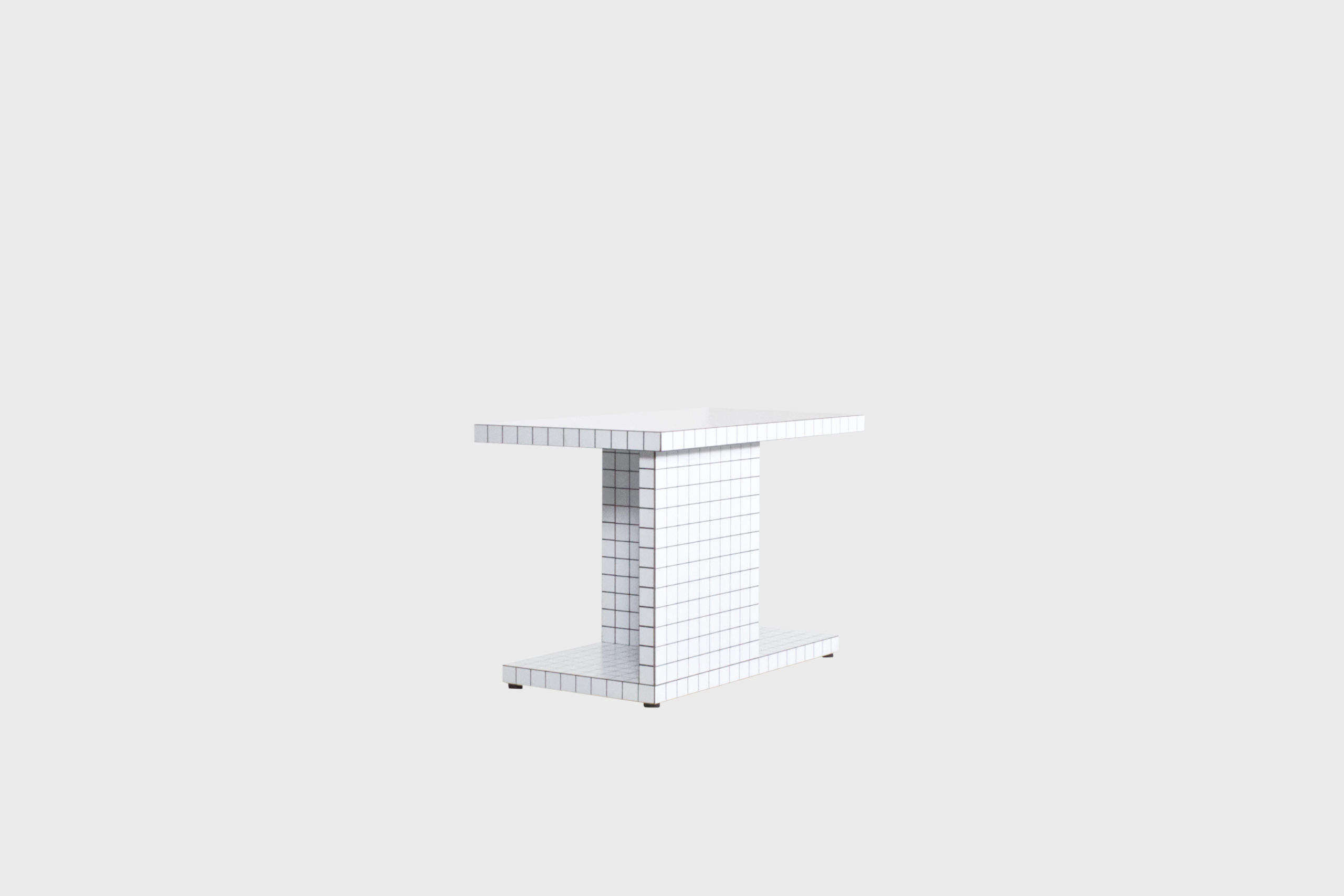 Beautiful ‘Quaderna’ end table in very good condition. Manufactured by Superstudio, 1972. The table is covered with a white plastic laminate, printed with black squares. The table has two tiers and can also be used to store books for example. Superstudio the group founded in Florence by Cristiano Toraldo di Francia and Adolfo Natalini in 1966. The Quaderna table, a cult object, is a product of the Radical Design style. This was the movement started in Tuscany that later spread internationally in the sixties and seventies. It aimed at revolutionizing the conventional approach to architecture and planning. Radical Design meant putting a stop to placing rationality and functionality at the core of planning. Instead, designers found a new appreciation of emotions and human communication. Ettore Sottsass was the first to pioneer these principles. His work allowed the 'radicals' to discover the potential of this new approach to design. Archizoom, Superstudio, Ufo and Pettena all count as representatives of the Radical Design movement. This piece received immediate recognition and was awarded the golden medal at the M.I.A. International exhibition of 1971. The Quaderna table is exhibited in the following museums: israel museum, jerusalem - museum für angewandte kunst, köln - kunstgewerbemuseum, berlin - kunstmuseum, düsseldorf - la triennale, milano - vitra design museum, weil am rhein.