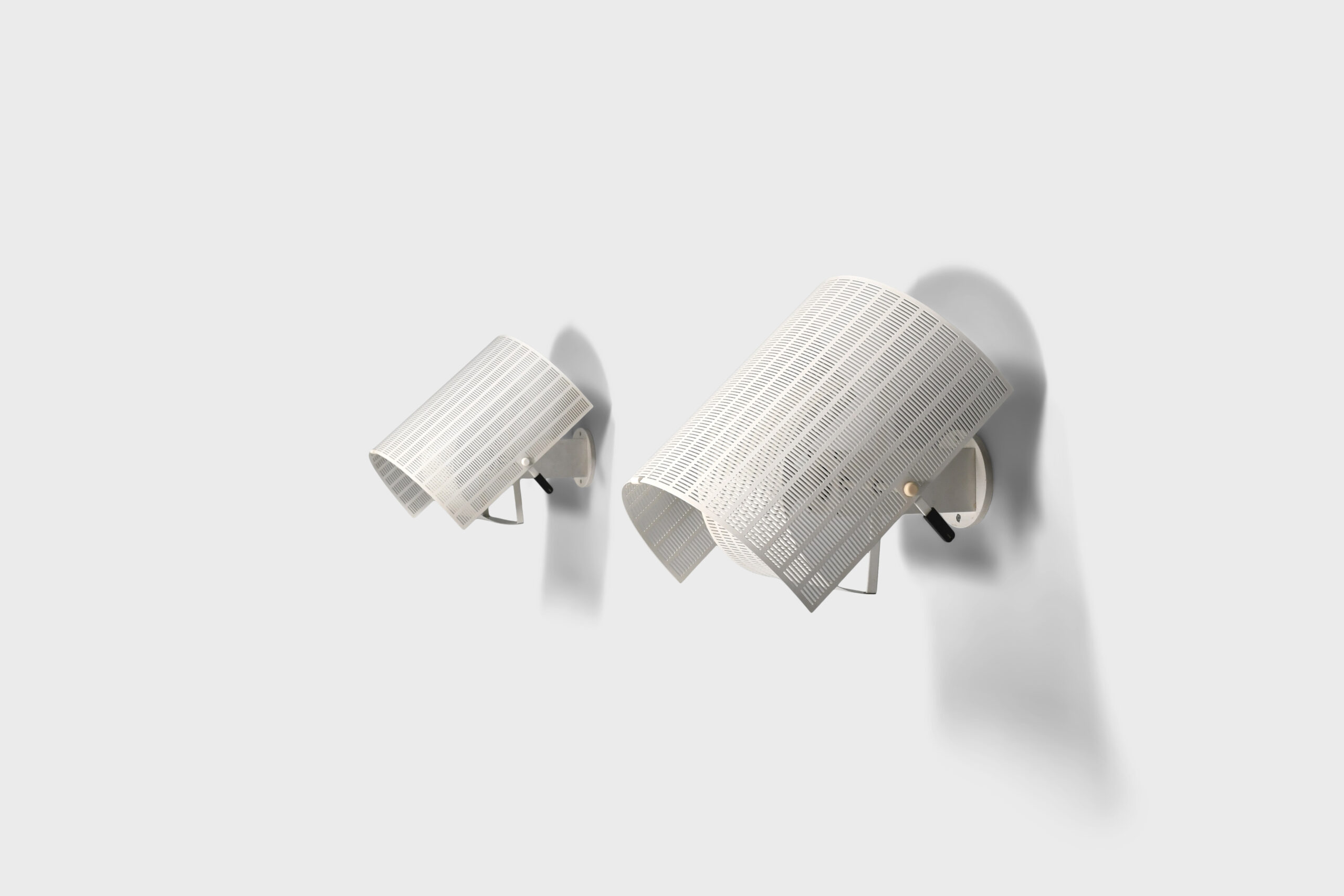 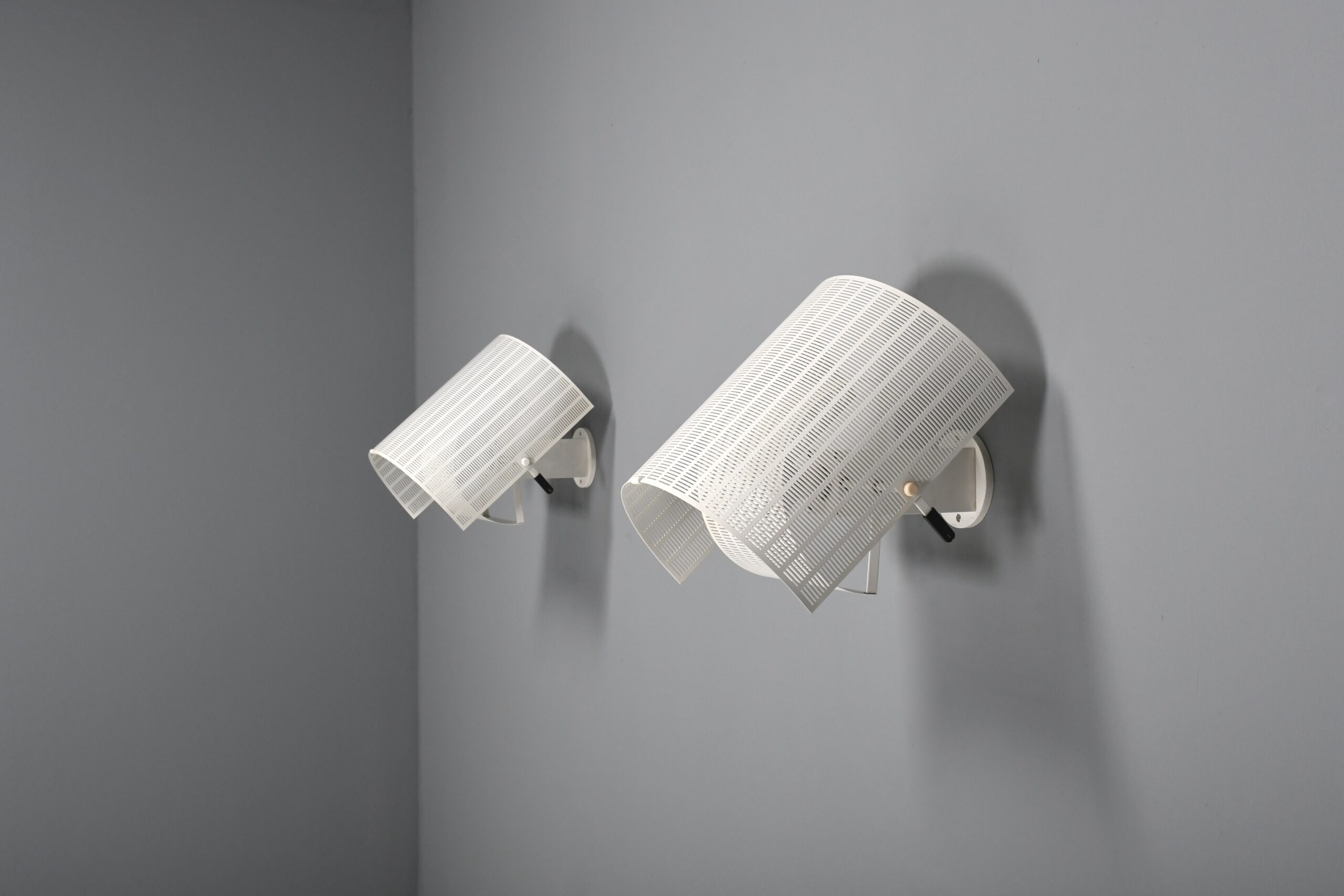 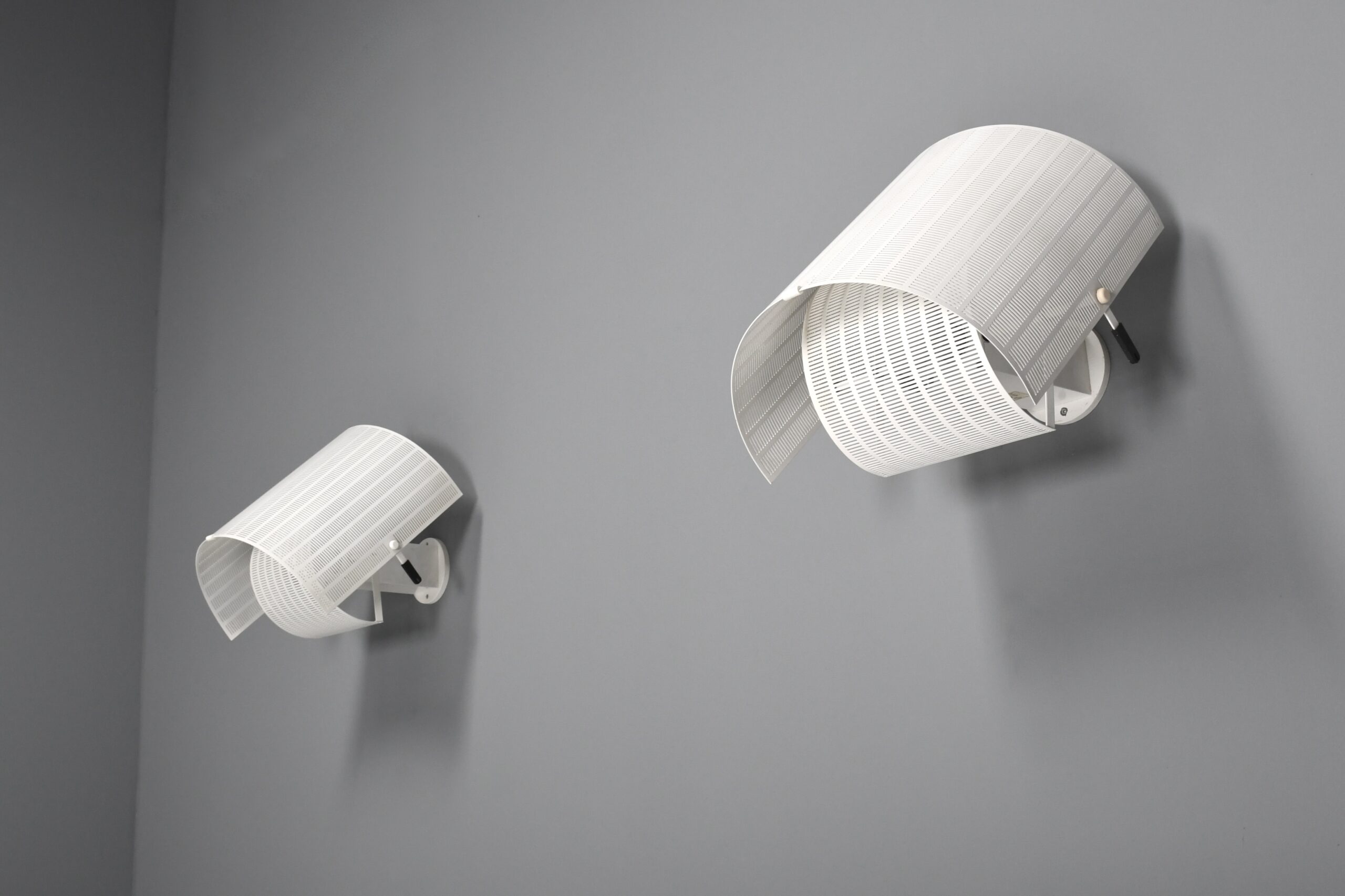 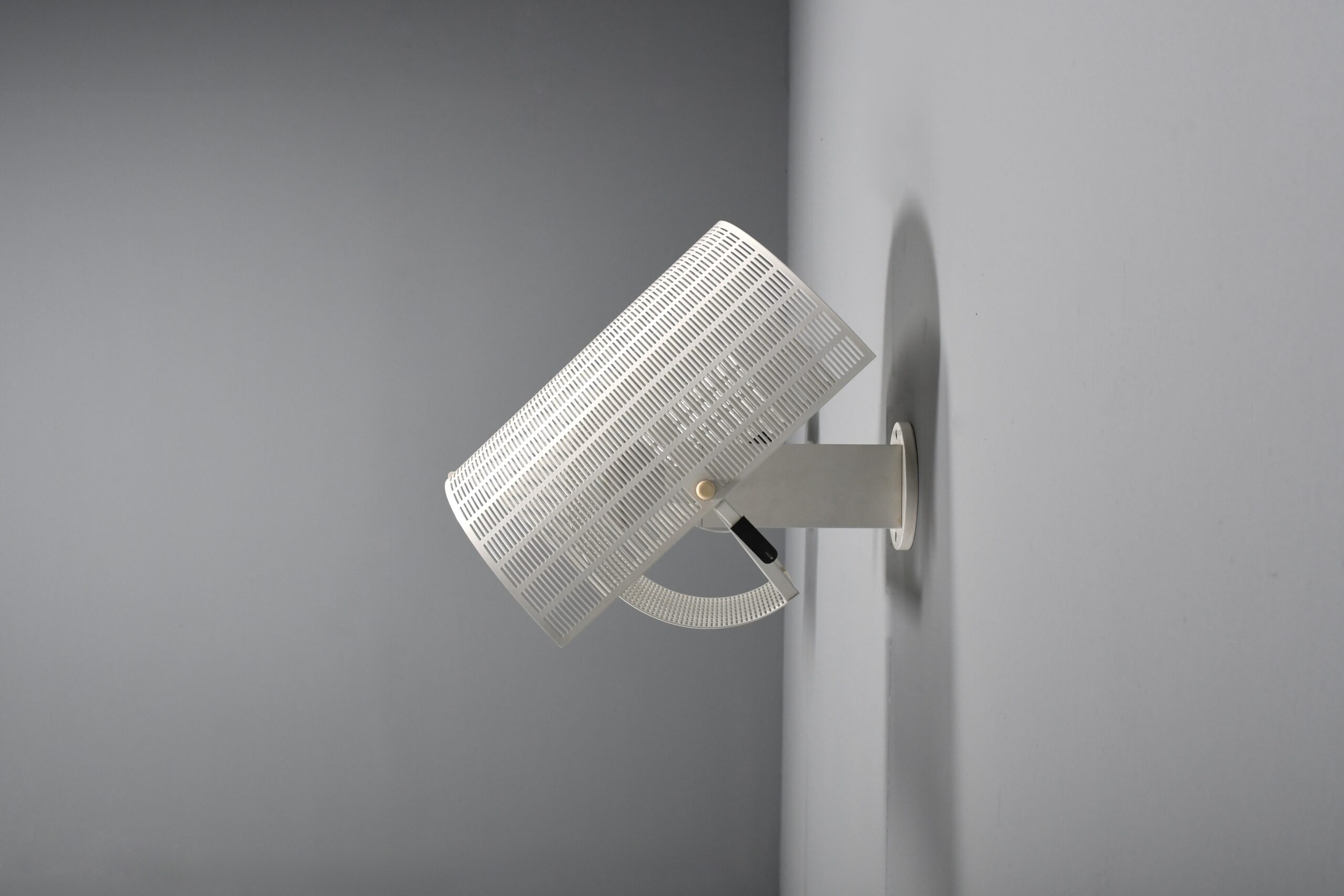 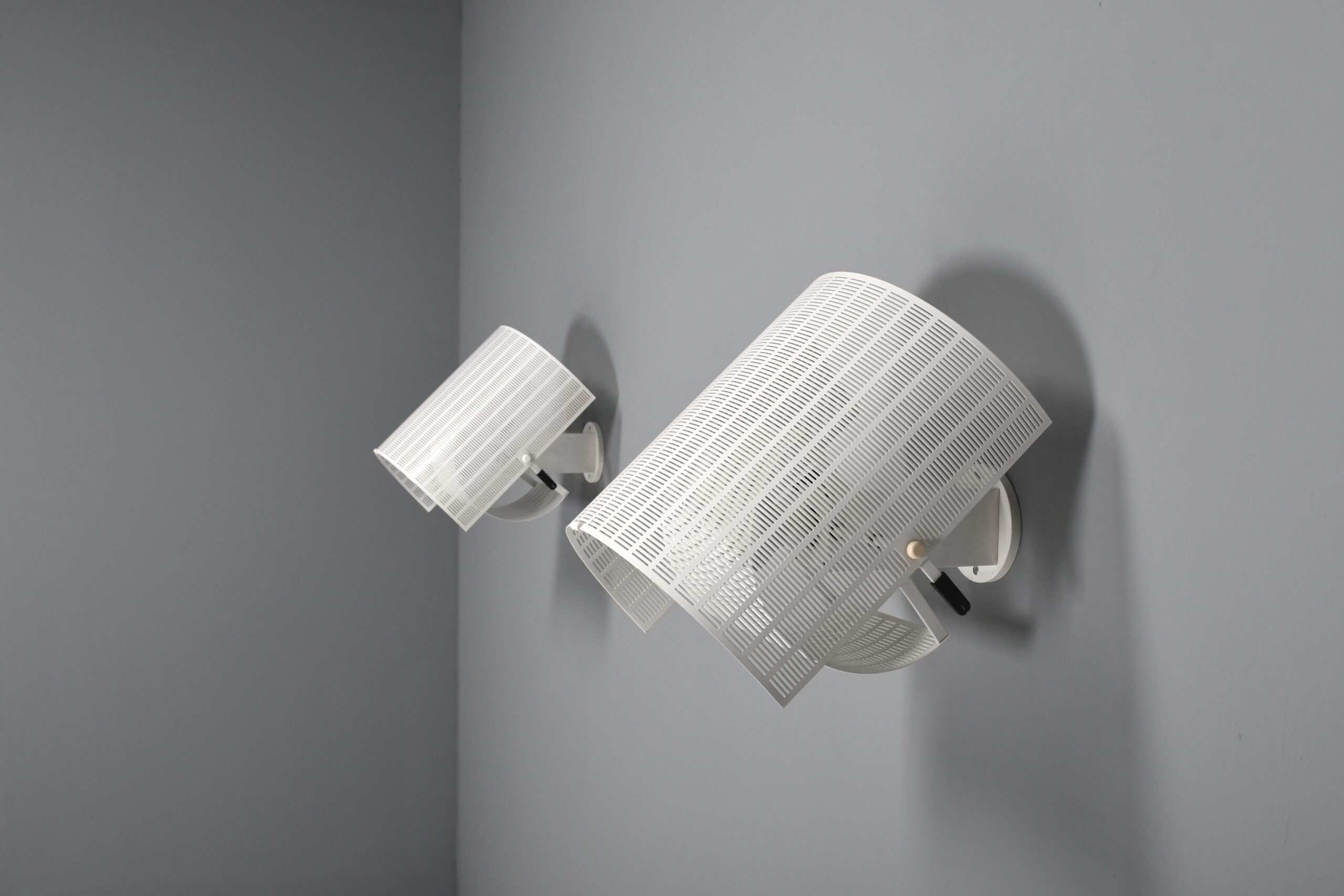 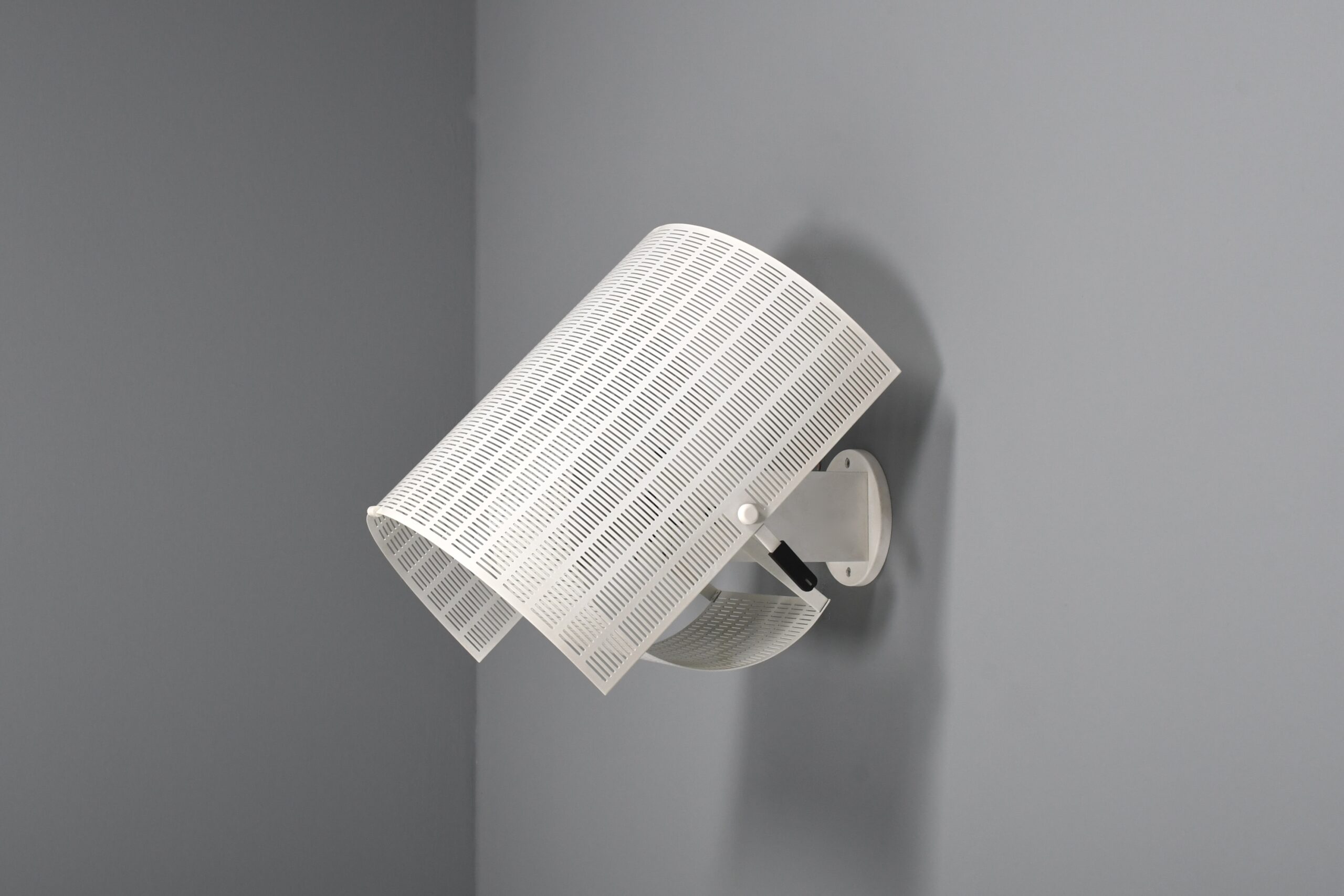 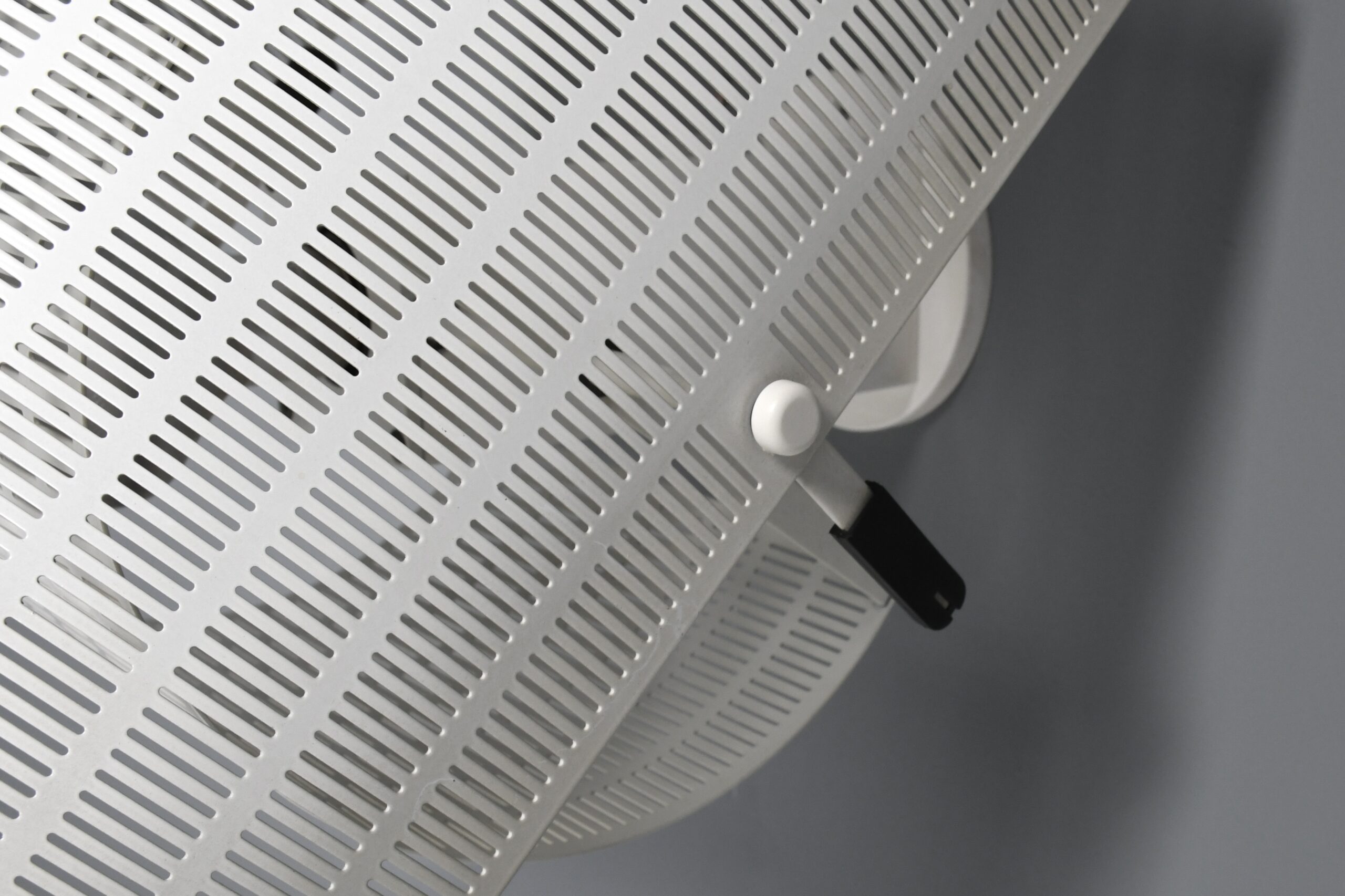 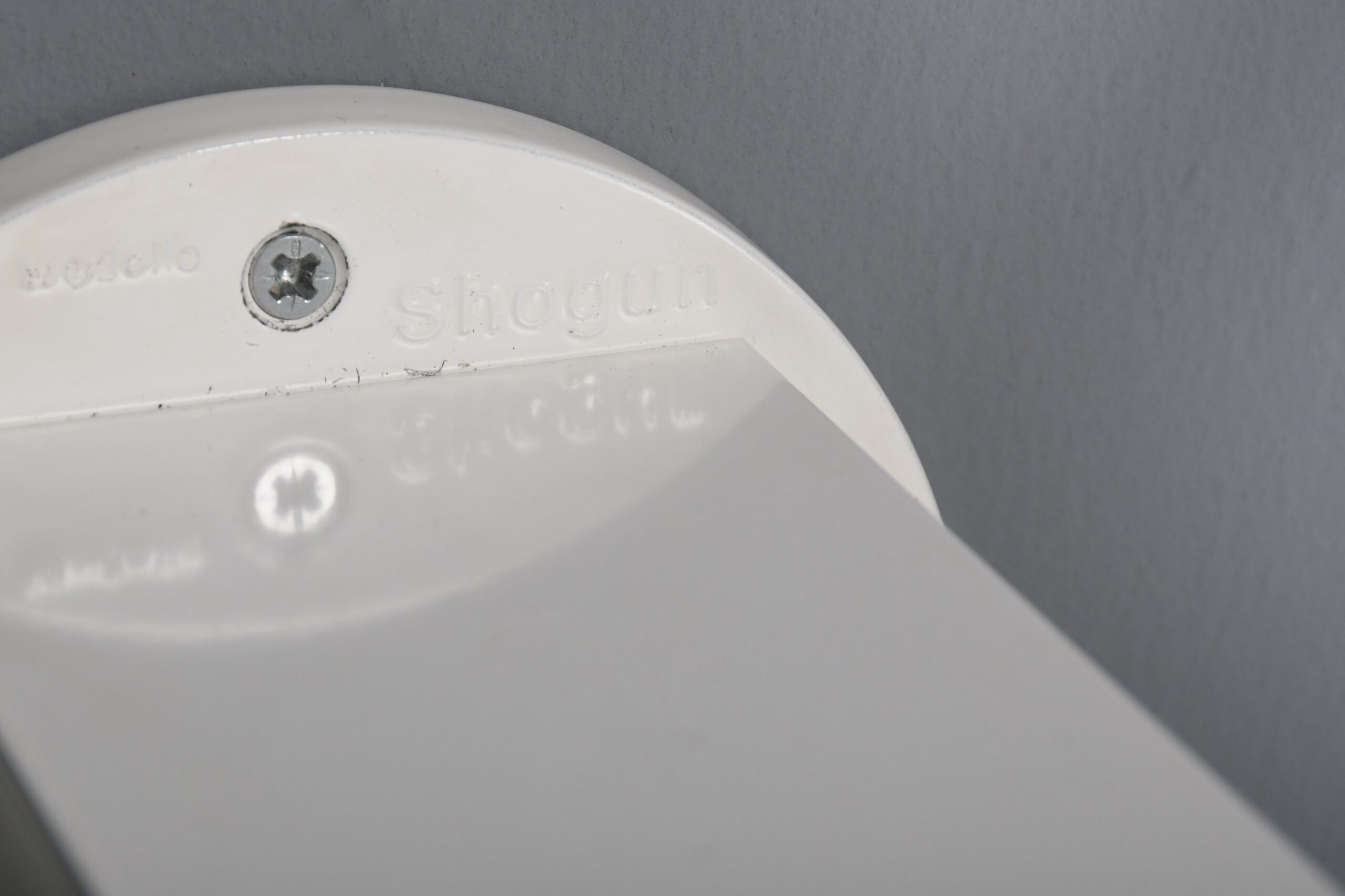 Manufactured by Artemide, Milan in the 1980s.

The design of the lamp is based upon the form of a samurai’s visor and are a typical design from the Memphis-Milan movement.

These Shogun wall lamps are out of production.

The lamps are both marked.

“Born in Mendrisio, Ticino, on April 1, 1943. After an apprenticeship in Lugano, Mario Botta first attends the Art College in Milan and then studies at the University Institute of Architecture in Venice. Directed by Carlo Scarpa and Giuseppe Mazzariol he receives his professional degree in 1969. During his time in Venice he has the opportunity to meet and work for Le Corbusier and Louis I. Kahn.

His professional activity begins in 1970 in Lugano and, from the first single-family houses in Ticino, his work has approached all building typologies: schools, banks, administrative buildings, libraries, museums and sacred buildings.

He has always committed himself to an intense architectural research and in 1996 he was among the prime movers and founders of the Accademia di architettura in Mendrisio where he is professor.

His work has been recognised with important awards and has been presented in many exhibitions.